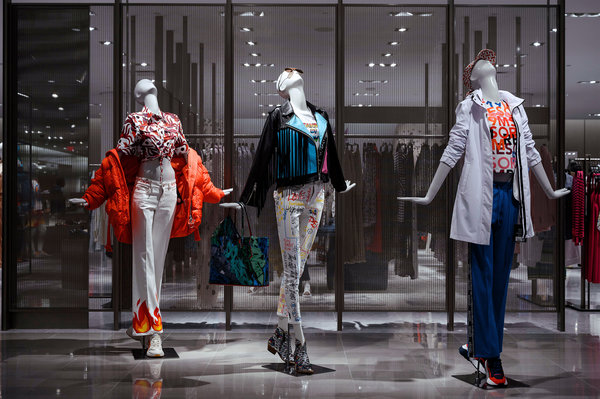 One recent afternoon, I took a cab down to Hudson Yards from the Upper West Side. With little prompting, the driver lamented how the development had taken away two things he’d held sacred: the relative calm of the neighborhood before development started and the view eastward of the Midtown skyline, now obscured.

After a rueful few seconds, he mumbled, “I feel choked.”

Certainly, there is a falsity to the Hudson Yards complex, which sits atop an active train yard and shoots up to the sky impressively but generally thoughtlessly. But to be fair, the whole of 11th Avenue is a zoo of gauche intrusions, from the residential developments in the 60s to the car dealerships in the 50s all the way down to the renovated industrial buildings in the 20s. There’s never been a true neighborhood along it. Why start now?

Agita of that sort is why, so often in recent weeks, you’ve heard that Hudson Yards is New York City’s Dubai.

That’s a grave insult to Dubai, where there are indoor surfing waves and artificial islands shaped like all the countries of the globe.

More accurately, Hudson Yards is Midtown’s Battery Park City, both less insidious and more mundane than how it has been advertised. Up top, it’s gleaming, but at ground level, it’s deeply unromantic.

When you come up the escalator from the 7 train station, what you see first aren’t artisanal food trucks, but regular coffee and hot dog carts. From the front, the building that houses the Shops & Restaurants at Hudson Yards is shiny but unremarkable; look up and you’re greeted by the posteriors of Lululemon mannequins.

The Hudson Yards shopping complex is two malls in one, really. The first is at the top and bottom: The fifth floor (and above) has the first New York outposts of two Dallas multibrand retail forces — Neiman Marcus, the 110-plus-year and 40-plus-store luxury specialist, and Forty Five Ten, a forward-looking emporium just beginning to develop a national presence. The ground level features stand-alone storefronts for Fendi, Coach, Tory Burch, Dunhill and others, as well as Rolex, Cartier and Piaget.

And then there’s everything in between, largely of spick-and-span versions of chain stores available at dozens of other places in the city.

The result has the feel of one of New York’s 80/20 buildings, where a certain percentage of apartments in new construction are given over to affordable housing as a make-good for a whole heap of market-rate chicanery. I would not be surprised to learn that there is a secret elevator that goes straight from a private car entrance to the fifth floor.

Up on 5, the diversity of rich people on three recent visits was staggering: people with $300 sneakers, and also with $1,200 sneakers; art-gallery-owner chic, and Upper East Side matriarch chic; people who D.J. for bottle service clubs, and people who buy bottle service; young people with designer fanny packs who looked like Jerrika Karlae, or Jimin, or Davido, or Anuel AA and Karol G.

By contrast, on the third floor, a smiling kid wearing a hoodie from Anuel AA and Karol G’s tour was going up and down the escalators, having a great time.

NEIMAN MARCUS AND FORTY FIVE TEN together make for a worthy addition to the city’s retail landscape. Forty Five Ten is broken into four distinct storefronts, making the fifth floor feel like a theme park. There is a well-stocked women’s designer section, a cluster of emerging designers, some vintage and a men’s section.

The Forty Five Ten in Dallas is so effective because it has the most forward-looking brand mix in the city. Here, though, in the men’s department, the thick scrums of Rick Owens, Thom Browne and Stone Island feel predictable, a selection salvaged by a handful of stunning pieces: an oversize yellow print parka with aviator hood from Takahiromiyashita the Soloist ($2,500) and a ruggedly cut military-style jacket with detachable liner by Jil Sander ($2,750).

The women’s store is far more effective, with wilder styles from a wider range of companies: a short-sleeved cropped floral sweater from Molly Goddard ($350) just a couple of feet from a stunning princess cape covered in glittery embroidery by Rodarte ($10,388); a Monse patchwork wrap skirt and shorts set made of what looked like rep-tie-patterned silk ($1,890) and also a sharp black top with architectural pouf sleeves from Dice Kayek ($1,195).

The emerging designer space had less ornate forms of cleverness: diffusion prairie dresses from Batsheva, stern folk-art slides from Nicole Saldana, nü-basics from Sandy Liang and Eckhaus Latta. And in the vintage shop, there are framed copies of Avant Garde magazine, from the company president’s personal collection. (Not for sale, sadly.)

On a recent Saturday, Neiman Marcus, which begins on the fifth floor and rises two more, felt like a true amusement park. In the men’s section, there was a foosball table, an arcade game and a Skee-Ball game all getting loads of use. But at any given time, only a handful of clerks were working, eyeing the huge floor like a center fielder at Fenway.

The selection was wide but not particularly deep. Some fine-enough Balenciaga and a Burberry collection that could plausibly pass for bootleg. There were generous helpings of Kiton and Brunello Cucinelli.

But the real showcase was the shoe section. Now me, I’m old enough to remember when you had to hunt for $1,000 sneakers, but here they all are, indifferent to who might buy them. The only refreshing disruption was a thorough selection of Lucchese boots, the biggest in the city. I tried on a $3,000 pair of alligator boots, and immediately my posture improved. They made me feel beautiful (and also poor).

Even though this Neiman Marcus is vast, it’s less a space for serious clothes shopping and more for superluxe trinkets, which is why the whole of the fifth floor is given over to bags, shoes, scarves and other low-hanging fruit of wealth signification, whether it’s a saddle bag from the Row ($1.980) only a few will be able to identify or a graffitied kitten heel from Balenciaga that will lose half its value the moment it leaves the store.

A woman walked up to the display of exquisitely brittle-looking René Caovilla sandals and whispered to her partner, “Cinderella shoesssss.” You will never miss Phoebe Philo more than when looking at the spiceless wall of Celine handbags here.

ONCE YOU GO BELOW THE FIFTH FLOOR, however, things change radically. Given the size of this building, there is surprisingly little shopping to be done. I’ve never been somewhere where the ratio of people walking through the halls to those actually in a store was as high as it was on the middle floors here. Those spaces feel more like tourist attractions, especially given the large-scale art installations scattered throughout.

Much of the art is interactive, meant for lingering: a wall of scrapable sequins by Lara Schnitger, which never didn’t have a few dozen teenagers fiddling with it; pastel industrial-collapse animal statue benches from Serban Ionescu, which provided succor for glum-looking shoppers; a psychedelic mural with embedded QR codes from Jeanette Hayes. (Whoever selected the artists follows the same people on Instagram that I do. Please contact me for your future curatorial needs.)

Even though there are plenty of attractions and distractions, the act of actually accommodating people still feels like a challenge. The mall is curiously under-bathroomed, and trash and recycling bins aren’t prominent. The music can be comically loud, like the hi-NRG goth-SoulCycle assault that defied Shazaming.

That tension, between being a place for people to shop and a place for people to merely linger and marvel, is the clearest on the ground floor. Cartier, Piaget, Rolex — inside, they’re beatific, and there are guards at the doors to ensure they remain that way. Out in the corridors, greeters in black suits and blue ties enthusiastically guide lost tourists to the escalators, perhaps hoping they’ll be sated by some H&M or Athleta, or some ice cream from Van Leeuwen (which always had a line).

The grimmest space in the whole building is the art store near the exit, Avant Gallery, which sells overpriced, absurd post-graffiti canvases that would be gauche even in the middle of a third-tier suburban mall.

For a development whose idea of an art installation is the staircase-to-nowhere Vessel, as conceptually rigorous as the sprinkle pit at the ice cream museum, this perhaps isn’t much of a surprise.

But as a barometer of the level of sophistication the owners expect of their customers, it’s telling. They’re counting on the fact that money doesn’t know where it came from, and it doesn’t care where it goes — all the way to the sky, or buried deep in the ground.

Jon Caramanica is a pop music critic for The Times and the host of the Popcast. He also writes the men’s Critical Shopper column for Styles. He previously worked for Vibe magazine, and has written for the Village Voice, Spin, XXL and more. @joncaramanica