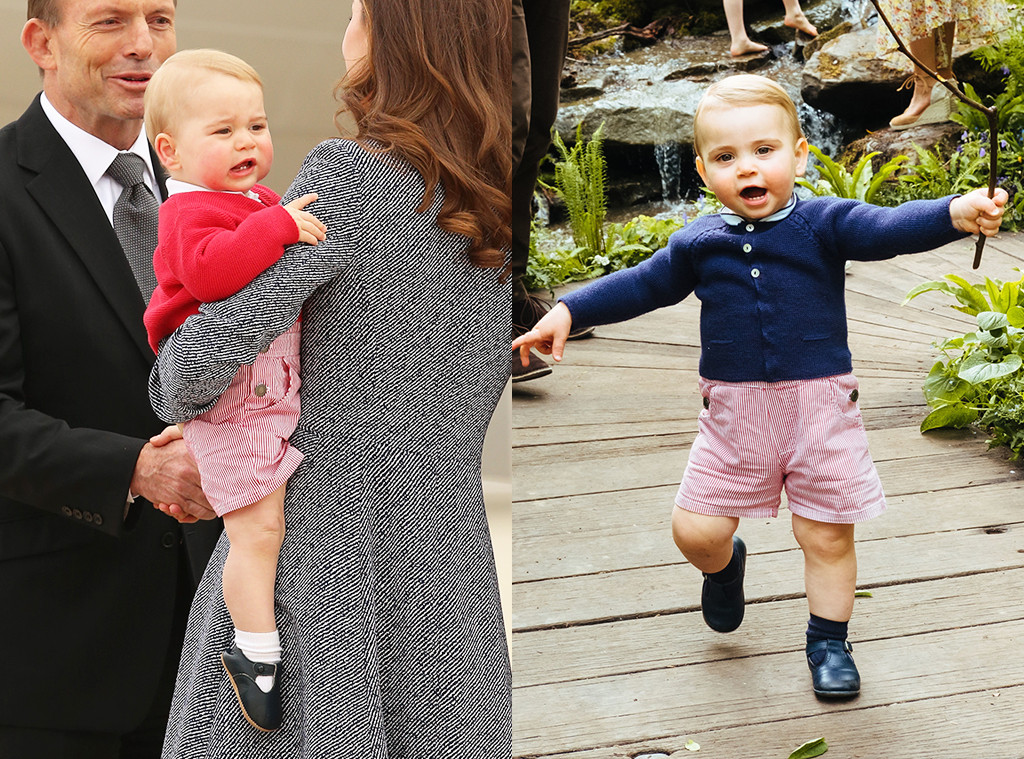 Cuteness overload! Prince George‘s adorable shorts have been passed down to his siblings.

Back in April 2014, a 9-month-old George was photographed in Canberra, Australia, alongside his parents, Prince William and Kate Middleton. The Duke and Duchess of Cambridge had embarked on a three-week royal tour of Australia and New Zealand at the time, their first official trip overseas with their baby boy. While in Canberra, George was spotted wearing red-and-white striped shorts, paired with a red sweater.

Years later, Princess Charlotte was also photographed wearing what appeared to be an identical shorts and sweater ensemble. Then on Sunday, Prince Louis wore the hand-me-down shorts and a blue sweater while visiting mom Kate’s new garden at the Chelsea Flower Show.

The Duke and Duchess took to social media on Sunday to share a series of family photos from Kate’s “Back to Nature” garden. 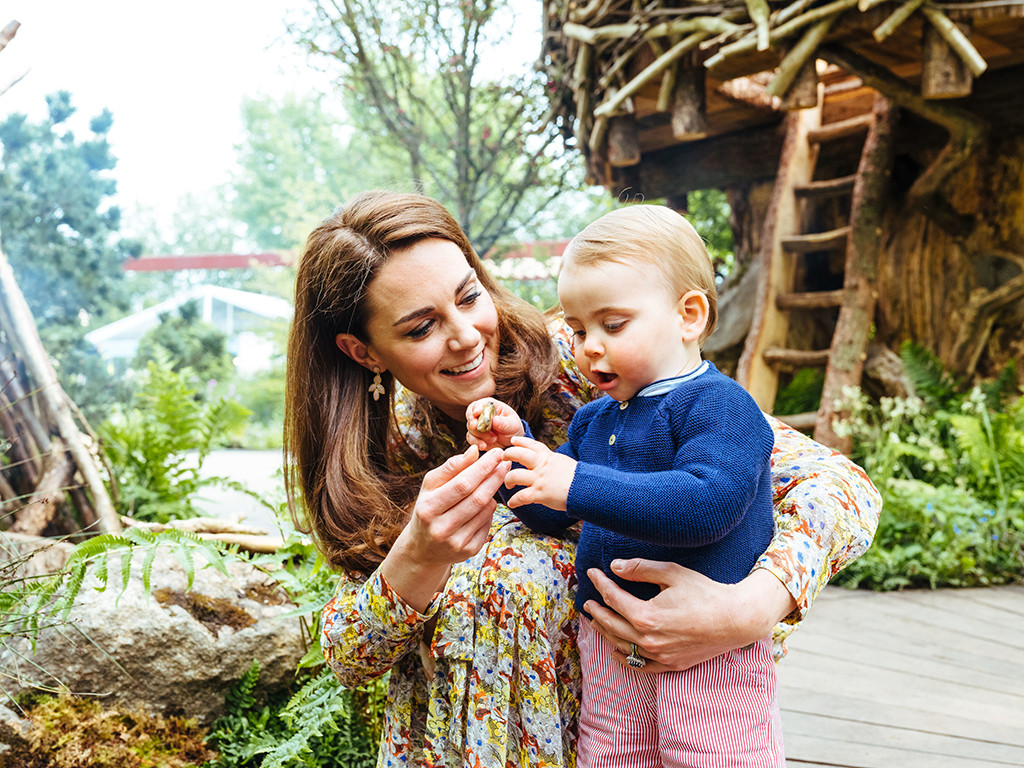 “The #RHSChelsea Back to Nature Garden, designed by The Duchess and award-winning landscape architects Andrée Davies and Adam White of Davies White Landscape Architects, is a woodland setting for families and communities to come together and connect with nature,” the caption on the royal pictures read. “Her Royal Highness is a strong advocate for the proven benefits the outdoors has on physical and mental health, and the positive impact that nature and the environment can have on childhood development in particular.”

“Over the past months, Prince George, Princess Charlotte and Prince Louis have helped The Duchess gather moss, leaves and twigs to help decorate @The_RHS Back to Nature Garden,” the caption continued. “Hazel sticks collected by the family were also used to make the garden’s den.”