A BRIDE took a tumble on her wedding day after she carried to the dancefloor on a chair – but was then dropped on the floor.

A hilarious clip captures the moment the bride is hoisted into the air on a chair, with her husband already being held up by guests on another one. 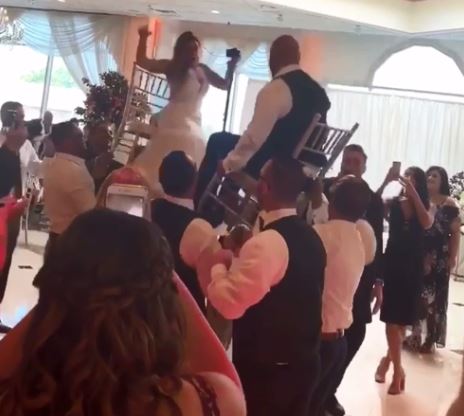 The blushing bride raises her arms in the air – unlike her new husband who is sensibly holding on to the seat – and as her chair suddenly dips she’s catapulted onto the floor.

In the clip guests can be seen swarming around the bride, who is in hysterics after dusting herself off.

The clip was captioned: “If anyone wants to see anything from today. I’m dying.”

The video ends with her husband being quickly lowered to the ground to tend to his new wife. 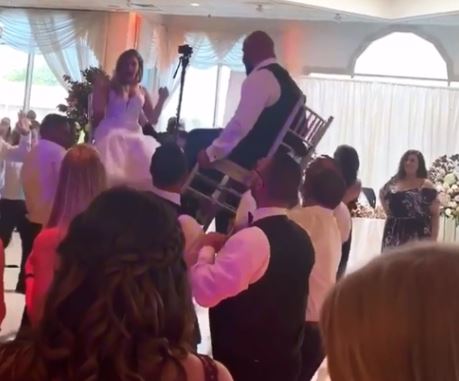 A clip of the tumble was uploaded onto Reddit, where the wedding guest confirmed “the bride wasn’t injured”.

The guest who shared the video later revealed: “It was actually the ring bearer who broke the fall!” 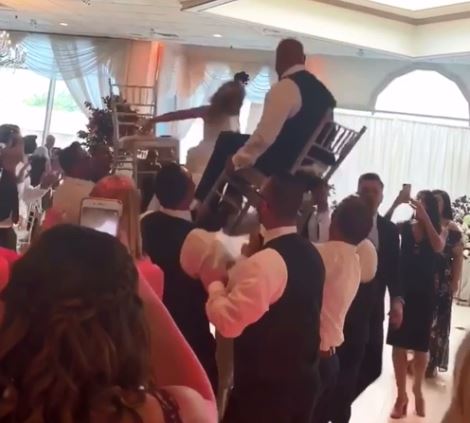 And this cheeky bride and groom were blasted for asking people who can’t attend their wedding to give them cash via Paypal.

Meanwhile this bride was shamed for walking down the aisle in a gown covered in beer cans.

In other wedding news, we told you how this frugal bride has reworn her wedding dress everywhere including the gym and the supermarket.