The latest data from the Social Security Administration shows the name Donald saw no change in popularity in the U.S. in 2017 from the year before. Donald remains No. 488 on the SSA’s official list of the most popular baby names of 2017, the same position it occupied in 2016, according to Friday’s release.

In 2017, the number fell slightly, with 594 newborn Donalds. The SSA draws its name data from applications for Social Security cards based on year of birth (as long as the name is at least two characters long, and the sex and state where the birth took place are known).

Prior to 2017, the current U.S. president’s name had been declining in popularity for some time, though it showed a slightly larger drop in 2016 from the year before.

The name Donald peaked at the sixth-most popular for boys in 1934. Trump was born in 1946, when the name ranked as 13th-most popular.

The names of presidents tend to fall in the popularity charts during their administrations.

The name Barack did not appear in the SSA’s records, which document the names given to five or more newborns each year, until 2007, when five baby Baracks appeared on the scene. The year Barack Obama became president, 52 newborn babies were named Barack, and the number jumped to 71 in 2009. 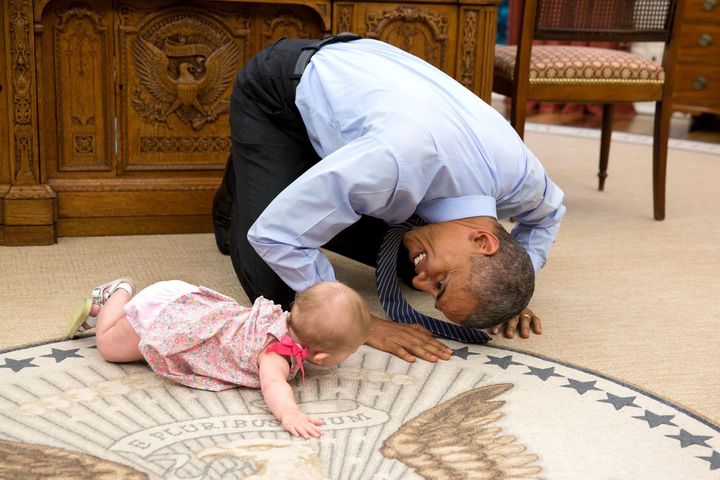 The name Donald is certainly more loaded these days, as the name of one of the more controversial U.S. presidents.

However, controversy or bad press don’t necessarily cause a name to plummet. In fact, Cleveland K. Evans, a Bellevue University psychology professor and former president of the American Name Society, told The Associated Press in 2007 that publicity around a particular name, whether positive or negative, usually boosts its popularity.

“So many parents are looking for a new, unusual name, there are always a few of them who are going to take it from any cultural event,” said Evans.

Will Donald maintain its ranking in 2018, or will it see a boost or decrease? We’ll have to wait another year to find out.