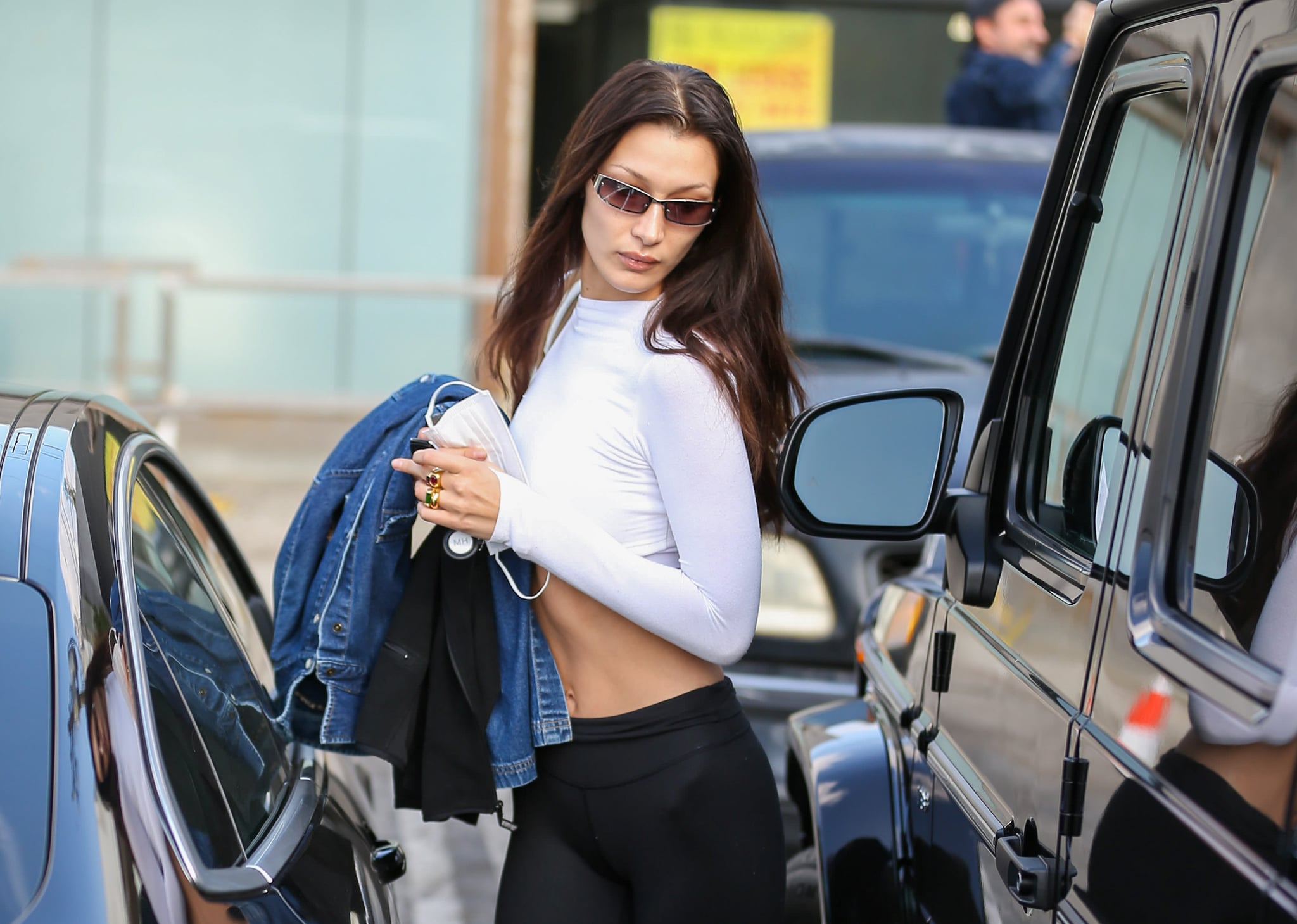 Even Bella Hadid’s workouts feel designer. The model shared photos on Aug. 14 of her glamorous appearance at Gotham Gym, a fitness center frequented by many other models, including Bella’s sister Gigi Hadid. In the six-slide carousel, Hadid could be seen stretching at the barre and doing single-leg, bent-over rows on a bench while wearing an armful of bangles, a long-sleeved shirt worn as a bolero, and, the pièce de résistance, Givenchy mesh sneakers priced at $895. Hadid’s acrylic nails are perhaps the least surprising detail here.

Though her outfit might not read as the most functional, Hadid puts in serious work at the boxing gym. In a tribute for her most recent birthday, Gotham Gym owner Rob Piela described Hadid as the “hardest punching girl I know.” Their fitness relationship is enduring. Back in 2016, Hadid told People of Piela, “He’s really the best.” She added, “I literally can’t work out with anybody. It has to be me and him. If I am working with other people, I freak out.” The appreciation clearly goes both ways. The gym also currently has a fridge carrying the Kin Euphorics beverage line Hadid cofounded.