The unnamed woman says she received a message from the girl's mother asking if her child could come to the bash – before telling her she'd have to help foot the bill. 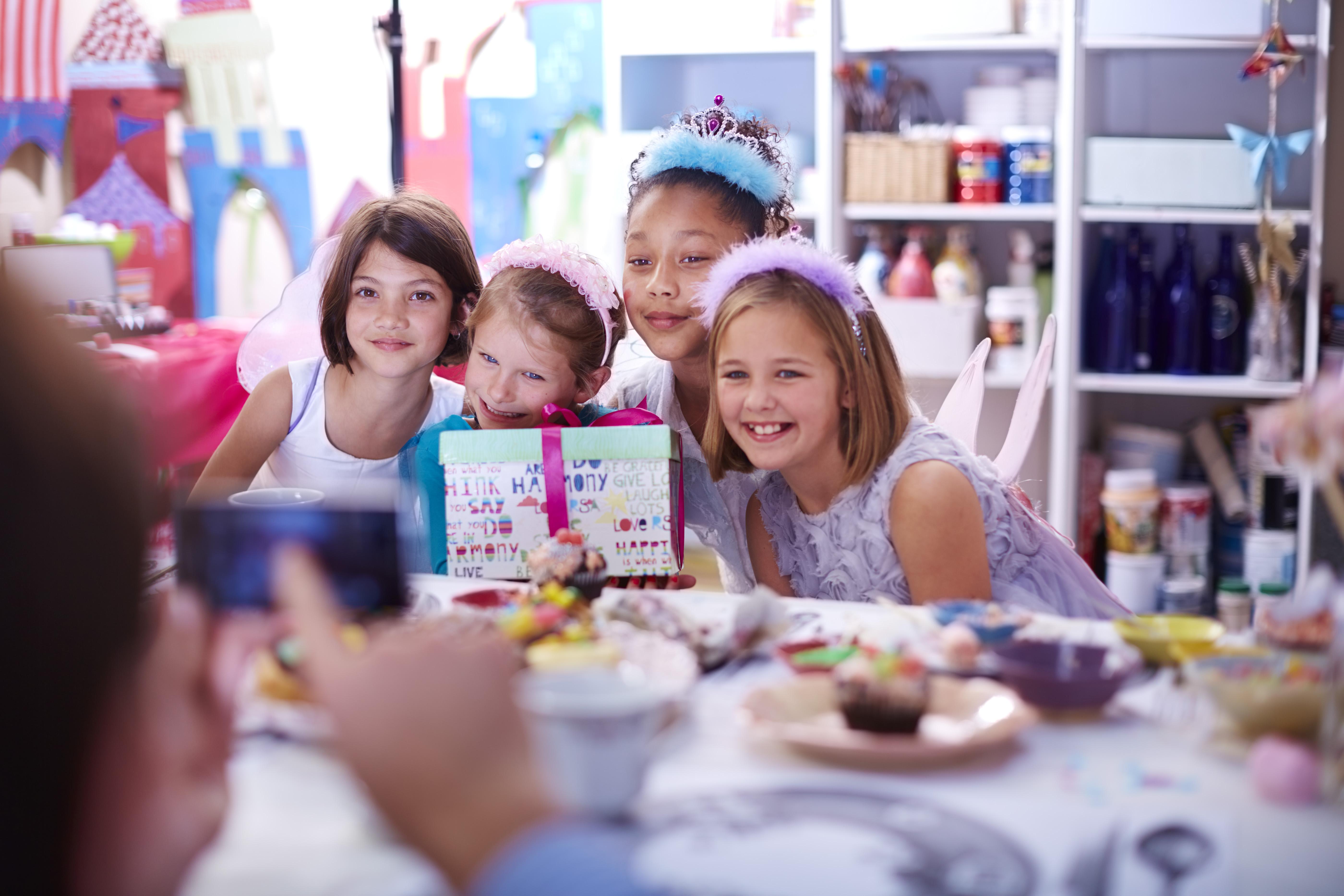 But the request left the mum stumped as to whether she still needed to buy a present and whether her daughter had been a last-minute invite.

Taking to Netmums to air her grievances, she asked users whether she was being "unreasonable" as she "wouldn't dream" of asking for contributions.

She wrote: "My 10 year old daughter has been invited out for a friends birthday, there’s about 10 of them going and we’ve only been given 2 days notice.

"The mum messaged me and asked if she could go to which I said yes, she then replied with a price it would cost. Altogether I’m going to be expected to pay around £25. 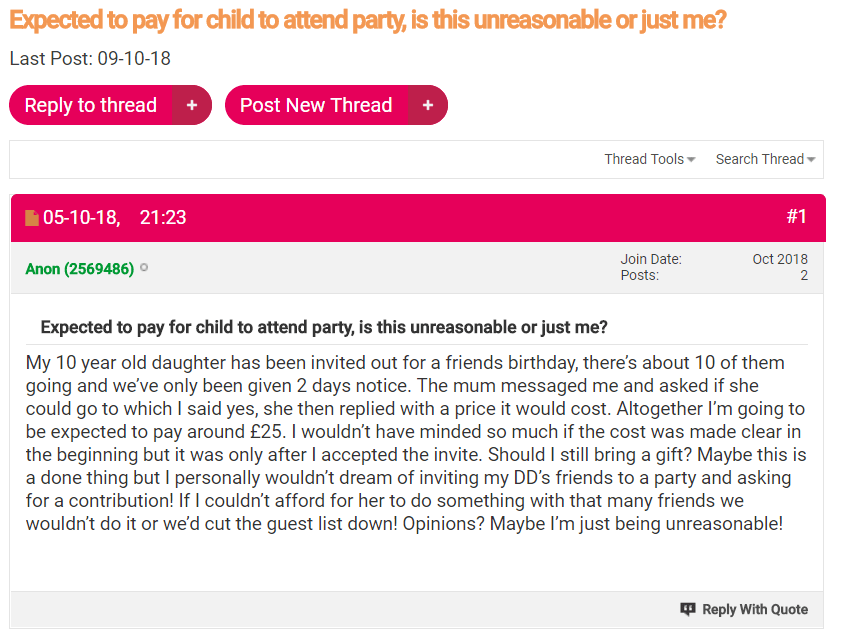 "I wouldn’t have minded so much if the cost was made clear in the beginning but it was only after I accepted the invite. Should I still bring a gift?

"Maybe this is a done thing but I personally wouldn’t dream of inviting my DD’s [darling daughter's] friends to a party and asking for a contribution!

"If I couldn’t afford for her to do something with that many friends we wouldn’t do it or we’d cut the guest list down! Opinions? Maybe I’m just being unreasonable."

She wasn't alone though and many of those responding to her post were quick to agree. 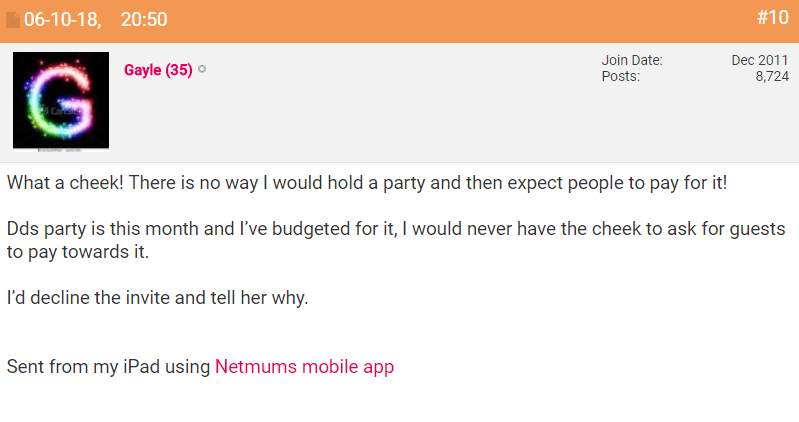 One said: “I wouldn’t ask others to pay. If you can’t afford your child’s birthday party you shouldn’t be throwing one in my opinion.

“Also why only two days notice? I would decline the invitation and also diplomatically tell them why."

Another wrote: "What a cheek! There is no way I would hold a party and then expect people to pay for it!"

But others were more sympathetic and suggested it could be down to poor organisation on the other mother's part.

One mum said: "[M]aybe they are extremely hard up and this is the only possible way they can do it. Very bad organisation though too – two days! Poor kid may not get many yes-s on that basis."

Another replied: "My daughter has been on a few meals out for friend's birthdays and she (or we) have paid for it. I don't see a problem if that's the case although £25 is a bit steep."

It comes after another mum was left "fuming" when her daughter's friend RETURNED her party bag, with a note from her mum shaming the contents.

In another similar instance, a woman asked whether it was cheeky yo ask guests to pay for a birthday meal for her husband's 40th.

Meanwhile, another Netmums user recently revealed she held a gender reveal party at her house – only for none of the guests to show up.