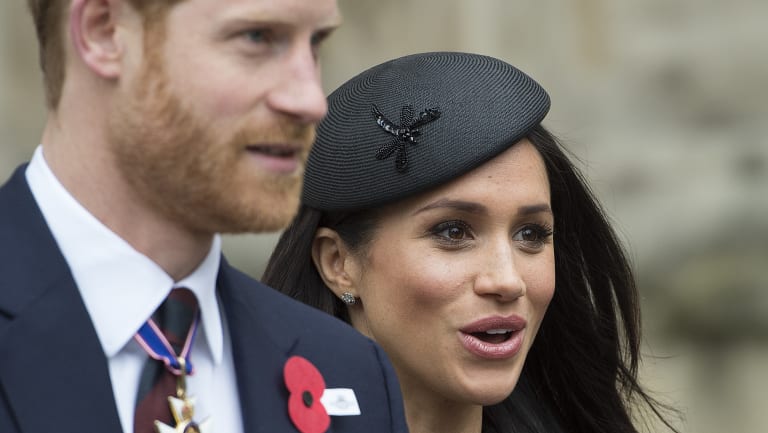 On Saturday, May 19, Prince Harry and Meghan Markle are to be wed in St. George's Chapel at Windsor Castle in the U.K. To bank a bit of cash, or just have a little fun, bettors are placing all kinds of weird wagers on the royal wedding.

British bookies including William Hill, Paddy Power and Ladbrokes tend to take bets on pretty much anything, from election results to who'll be the next James Bond. In 2011, it was all about the royal wedding of Prince William and Kate Middleton. Wagers on royal baby names are particularly popular-in the weeks running up to the latest royal birth in April, betting was suspended after a flurry of action for the names Mary, Albert and Arthur. The couple ended up naming him Louis. Oh well.

But there are new variables to make money on when it comes to the impending nuptials. According to William Hill, wagering on all things royal this year could top 4 million pounds ($5.4 million). You can bet on things like whether or not the Prince will get married in a uniform…

…or whether he will have a beard on his big day.

No? Well, you could also put your chips down on the likelihood the bride says the word "obey" in her vows, or shows up more than five minutes late. For those with an inexplicable gut feeling that Queen Elizabeth will wear a turquoise hat, it may be worth a few bucks…

…or will she maybe a pink hat? Cream? Apricot? Your friends can put some money on that, too.

Who is going to sing the first song? Will the couple select a timeless artist like Sir Elton John or Sir Paul McCartney? Perhaps some modern pop from Ed Sheeran or Ellie Goulding? If, for some reason, you think Kanye West will materialise out of nowhere with a microphone in his hands, someone's willing to take that bet at 100-to-1.

Rumours about Markle's wedding dress have persisted for months, leading to some gaming drama. Bookies halted bets on the gown designer multiple times in February and March after activity surged. The dress and its designer remain a closely-guarded secret, but the frontrunner is fashion label Ralph & Russo, which closed as the even-money favorite.

William Hill says a lot of bets came in Monday on the Queen wearing a green hat.