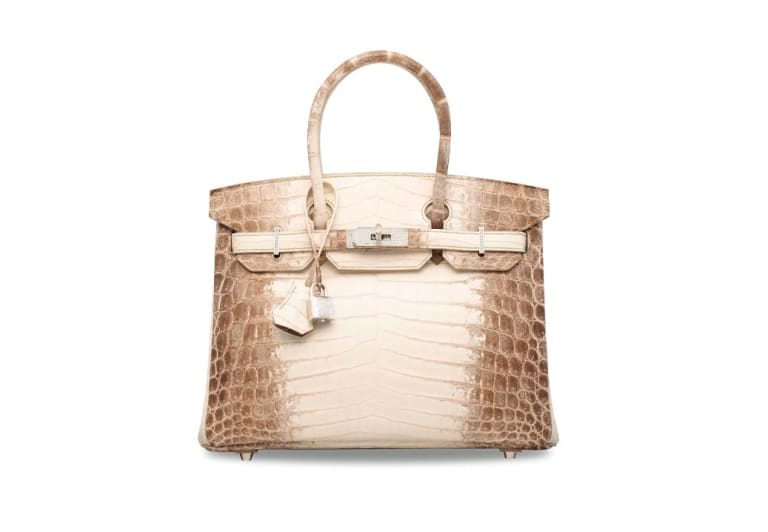 The exclusive bag, which – at 30cm wide – is slightly smaller than the traditional Birkin, is made from nilo crocodile hide and decorated with diamonds.

The Birkin bag is named after actress Jane Birkin, who then Hermes chairman Jean-Louis Dumas met on a flight from Paris to London in 1983. The story goes that Birkin dropped the papers from her Hermes diary in front of Dumas, before complaining that the brand's bags were unable to hold all of her things. Dumas took notes on what Birkin would want in a bag and the label later released the sturdy, flat-bottomed Birkin.

The bags are a celebrity favourite, with A-listers including Kim Kardashian, Victoria Beckham and Mariah Carey all having been spotted toting their Birkins.