A BLOKE has revealed what the tiny ‘tables’ in pizza boxes are really for – and it’s nothing to do with the lid.

Growing up you probably used the miniature white tables for your dolls, in the garden or as furniture for toys. 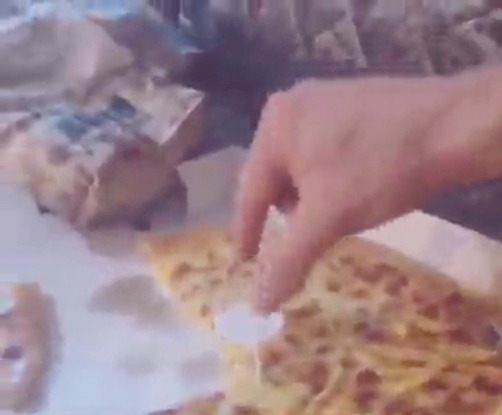 For a long time people thought they were there to stop the lid getting stuck to your pizza, or to keep boxes stable when stacking them up.

But it turns out they have another use as well.

A bloke has claimed the tables are ideal for easily picking up a slice from the box, without touching the rest of the pizza.

We all know the trouble of trying to separate toppings and cheese when trying to grab a slice, but you can eliminate the hassle by using the tiny table next time. 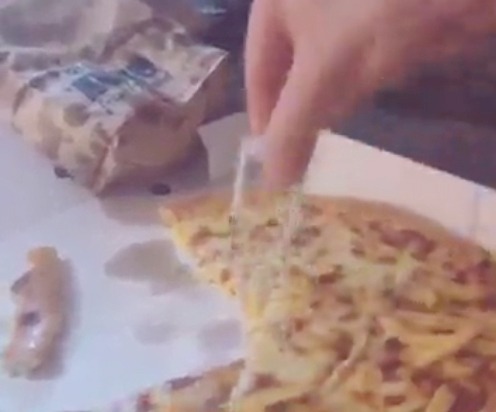 And there’s been a better time to figure out how to minimise contact with other people’s food if you’re sharing a takeaway.

The pizza fan shared his discovery to TikTok, saying: “How old you were when you realised this little thing that comes with your pizza is actually there to stop you touching other slices.”

The bloke, named Seb, has already racked up more than 800,000 views on his video, as people were in shock over the table’s multiple uses. 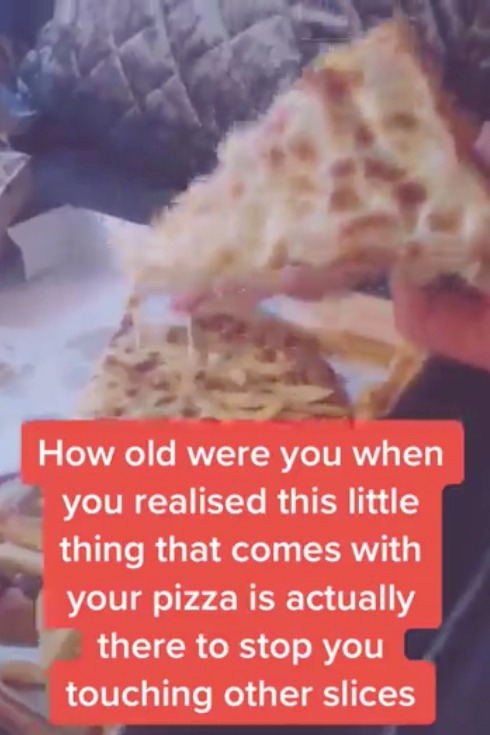 Another wrote: “It’s been adapted to pick up slices but it was made to keep the middle of the box from sagging and touching the pizza.” 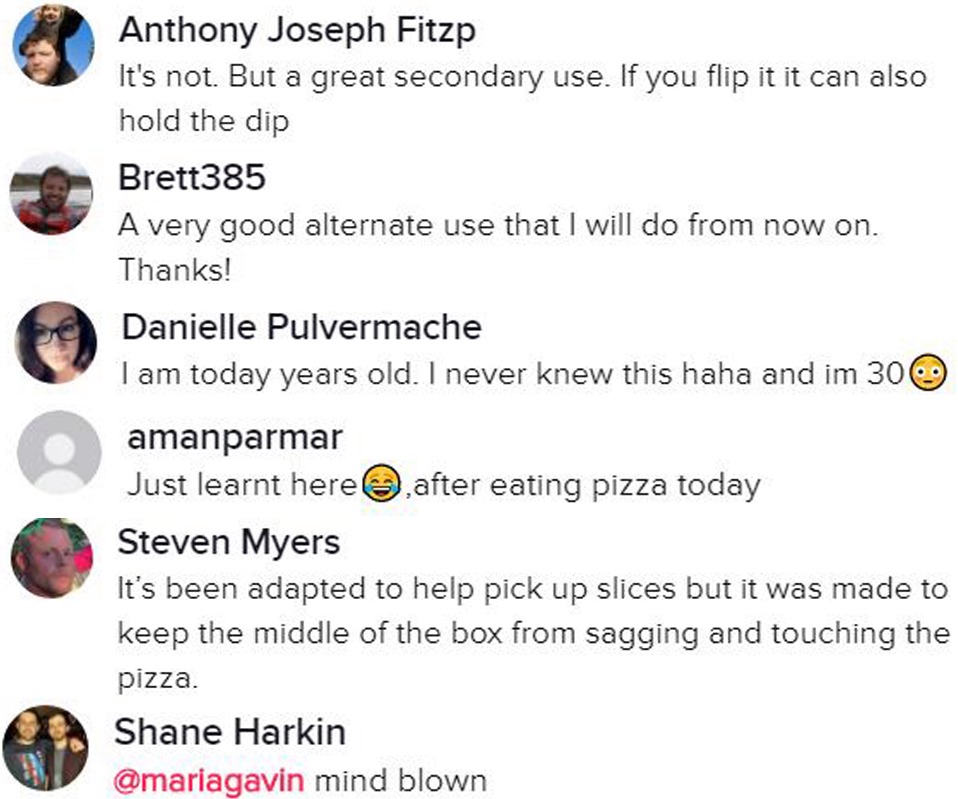 This person thought: “I am today years old. I never knew this haha and I’m 30.”

Another raved: “Very good alternative use that I will do from now on. Thanks!”

While someone else added: “It’s not. But a great secondary use. If you flip it it can also hold the dip.”

Meanwhile this mum-of-10 spends $1k on huge shopping haul which feeds her family for a month including 180 eggs & 16 loaves of bread.

Plus a thrifty mum shares easy meal planner which has saved her family-of-five £360 a month on food.

And this savvy shopper shares £20 shopping list she claims will feed two people for a WEEK – but not everyone’s convinced.