But while most people will simply take an antihistamine and try their best to go about their day, one woman has been offered a rather unorthodox home remedy from her sympathetic boyfriend. 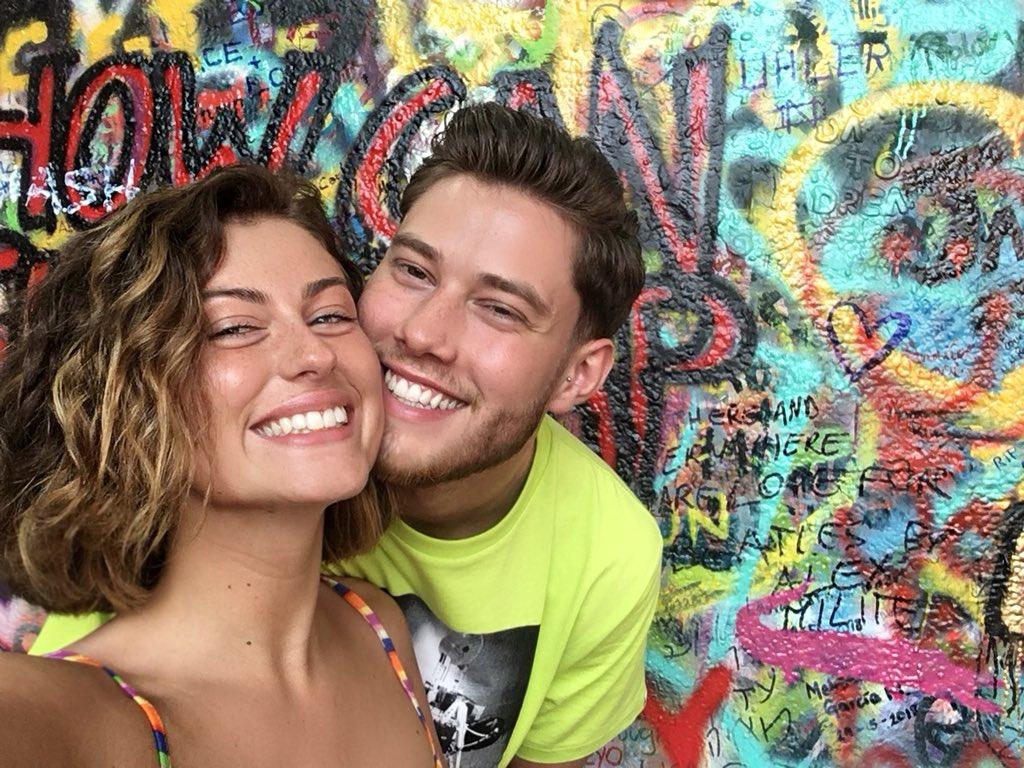 Since the pollen levels started soaring last month, 20-year-old Lois White has suffered such a severe allergic reaction that she has effectively become housebound.

Yes this is more than just your typical snotty nose, Lois has been waking up in the morning with "eyes swollen" and her "throat closed."

The Scottish waitress has even had to call in sick at work in a bid to avoid the pollen.

But luckily for Lois, her loving boyfriend claims to have found the "best thing to solve" her problem… and it doesn't involve doing a nasal spray supermarket sweep. 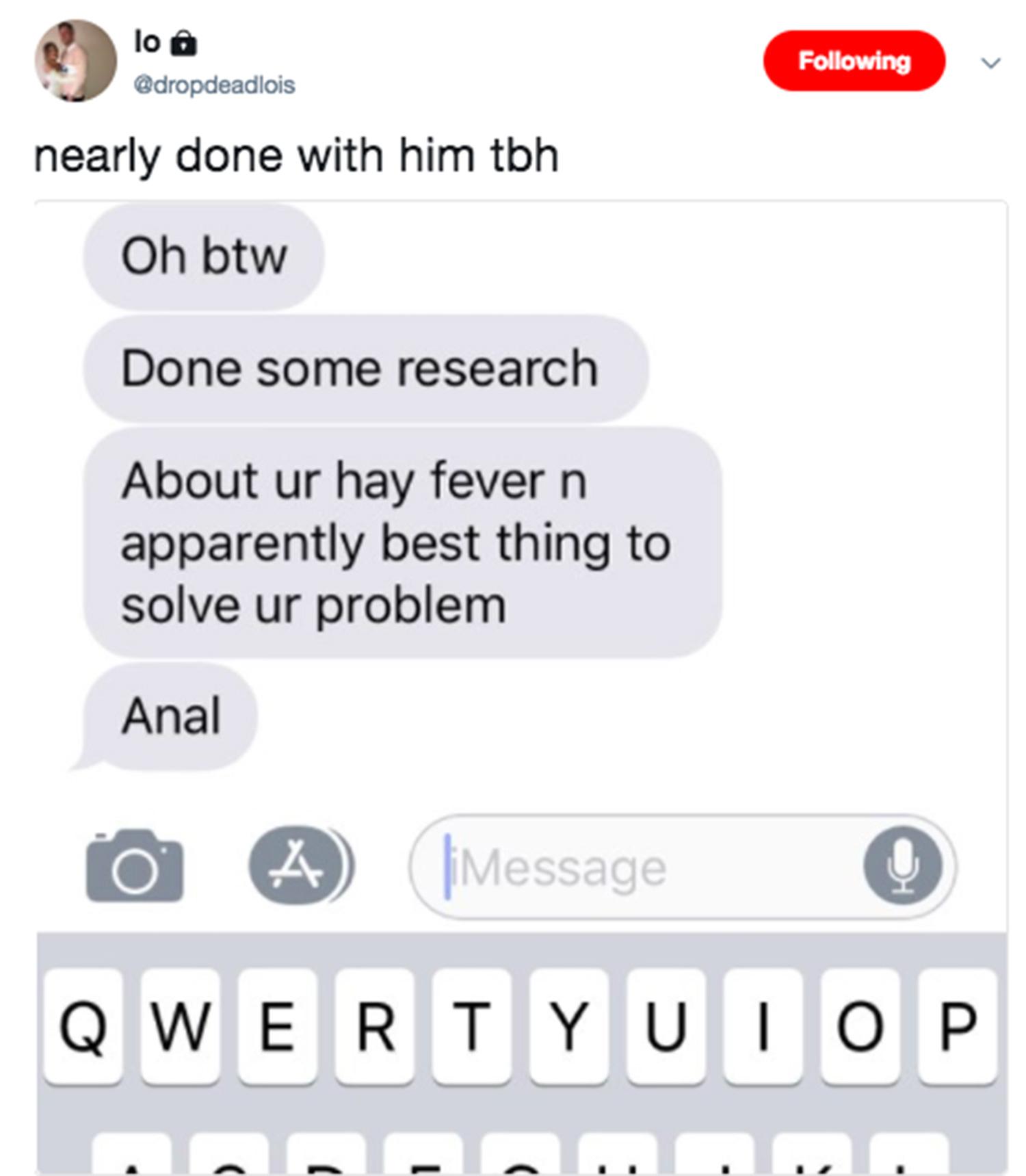 Yes you read that right.

While this was clearly a joke to try and cheer Lois up, you have to somewhat admire the guy for trying his luck…

Unsurprisingly, Lois was less than impressed and posted the messages on Twitter, saying that she was "nearly done with him tbh." 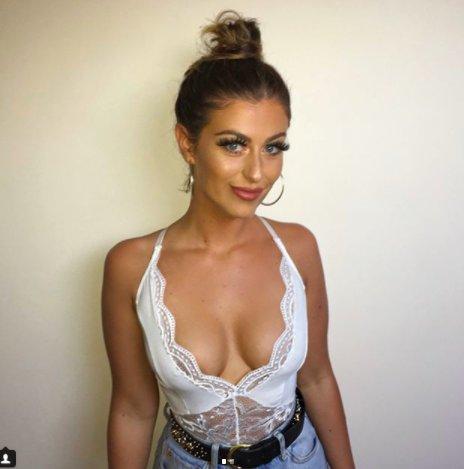 The tweet has since received over 29,000 likes on Twitter – we expect from fellow hay fever sufferers and exasperated girlfriends expressing their condolences.

Because whatever you get up to between the sheets, there's nothing like hay fever to kill the mood… just saying.

However, some experts claim that sex has been linked to reducing allergy symptoms.

If you're also suffering with hay fever, here are our 6 simple tricks to help you sleep through the pollen 'bomb.'

Plus, here's how to keep chart of your hay fever symptoms…. and when your cough could be a sign of killer seasonal asthma.