There is always bound to be a controversy somewhere in the fashion week schedule.

And last night, it centred on one of the new, so-called “Instagram brands” called I.AM.GIA.

High fashion it may not be but with fans including models Bella Hadid and Kaia Gerber, and more than 500,000 Instagram followers, it cannot be ignored. 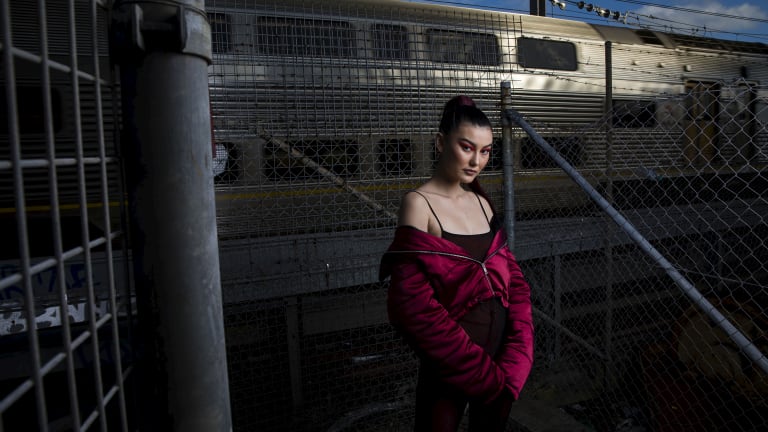 The high-octane show was big on skin and included several “it girl” models flown in for the event. Designer Alana Pallister also used the runway to introduce a menswear capsule, designed for the “boyfriend” of Gia, the alter ego she invented for the brand’s embodiment of the modern, rebellious woman.

‘‘There is more to GIA than being an Instagram brand but she was created in a time when social media is really popular,’’ Pallister said.

Pallister joined several other fashion week debutantes on day three, including Adelaide brand Acler, whose designers Kathryn Forth and Julia Ritorto after four years in business decided 2018 was the right time to make their on-schedule debut.

"We have evolved quite a lot and really hit our stride with who our girl is," Forth said. "It’s a mix between hyper-feminine shapes and that clean, androgynous t 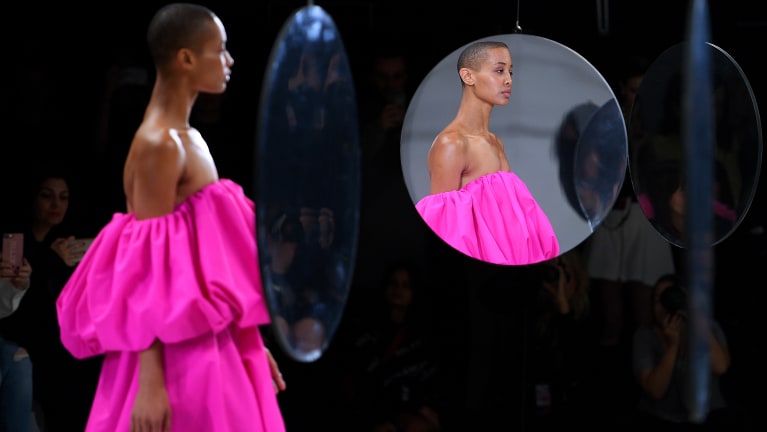 A model wears a design by Acler at Mercedes Benz Fashion Week Australia on Wednesday.

ailoring that’s becoming synonymous with us." 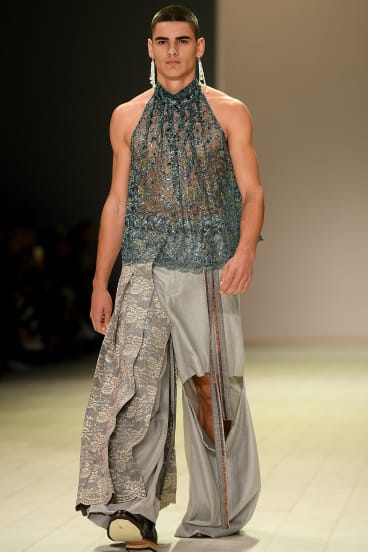 A model wearing creations by Gina Snodgrass in the Next Gen show at Mercedes Benz Fashion Week Australia.

Despite being up all night sewing the final touches on samples that only left the factory four days ago, Forth said the runway presentation was a great way to woo buyers who have been circling the brand. And it's a great marketing tool, too.

"We wanted to show something fun and keep our fans on our toes," Forth said.  "It was brighter and more playful than what we’d normally do."

Other shows on Wednesday included the Next Gen show for emerging designers and New Zealand accessories brand Deadly Ponies, which also made its debut. The day ended with an 80s-inspired harbourside romp courtesy of indie-pop band Client Liaison, which served up a unisex resort wear collection with an Australiana kitsch twist.

The industry portion of fashion week wraps on Thursday with Akira Isogawa's 25th-anniversary show and the closing parade by Camilla.

The reporter travelled as a guest of IMG.