She says: “His eyes were filled with a sadness no child should ever know. He was absolutely beautiful — broken but beautiful.” 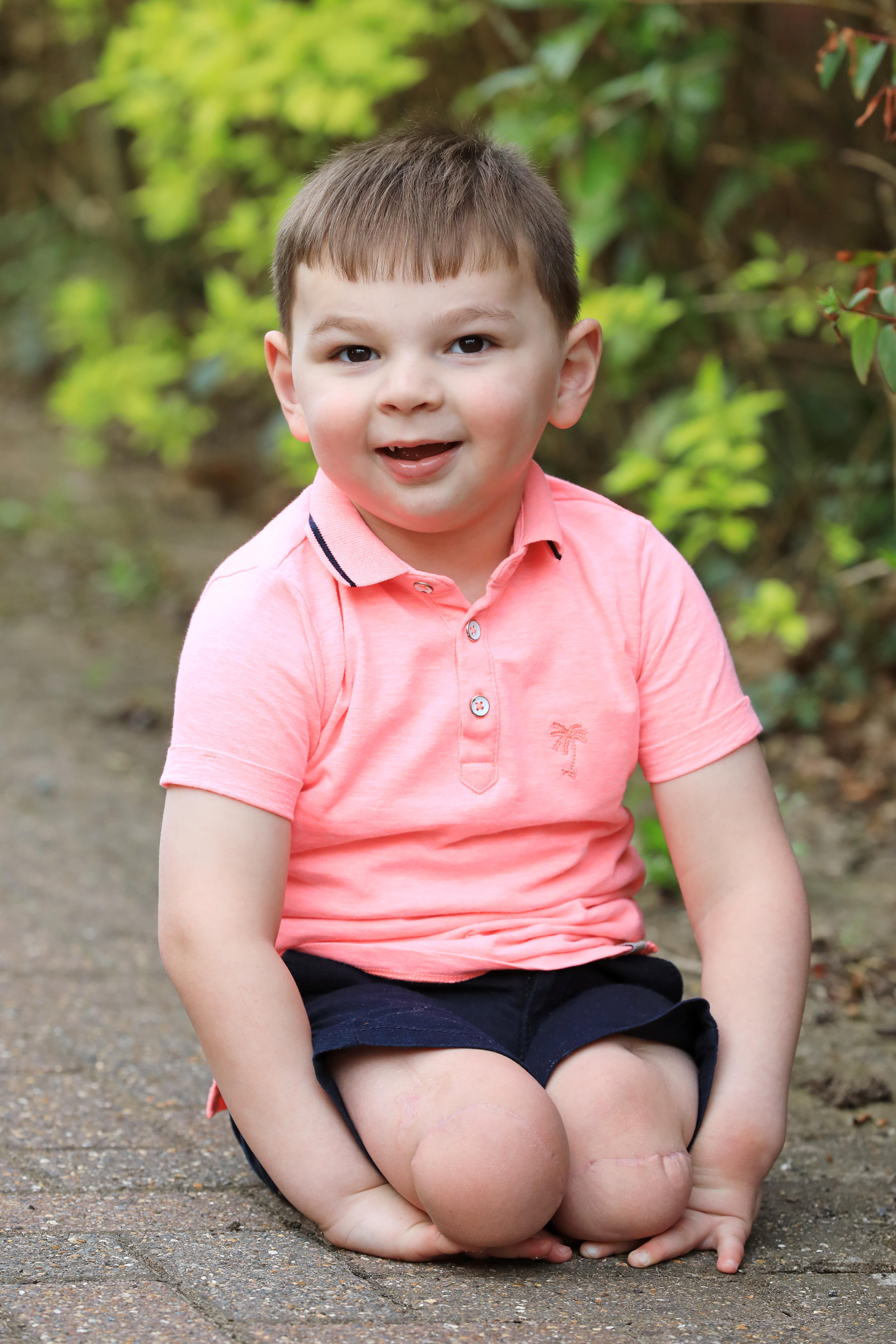 Horrifically, the lad had been broken by his own parents, who were jailed for ten years in February after their vicious abuse of the little boy.

It was Paula’s determination that uncovered their crime and brought the pair to justice.

Tony had been admitted to hospital at 41 days old, with multiple organ failure, numerous fractures and sepsis.

By four months, he still weighed only 9lb 7oz but he was ready to be discharged into the arms of foster carers Paula, 50, and Mark, 53 — who have seven kids of their own. 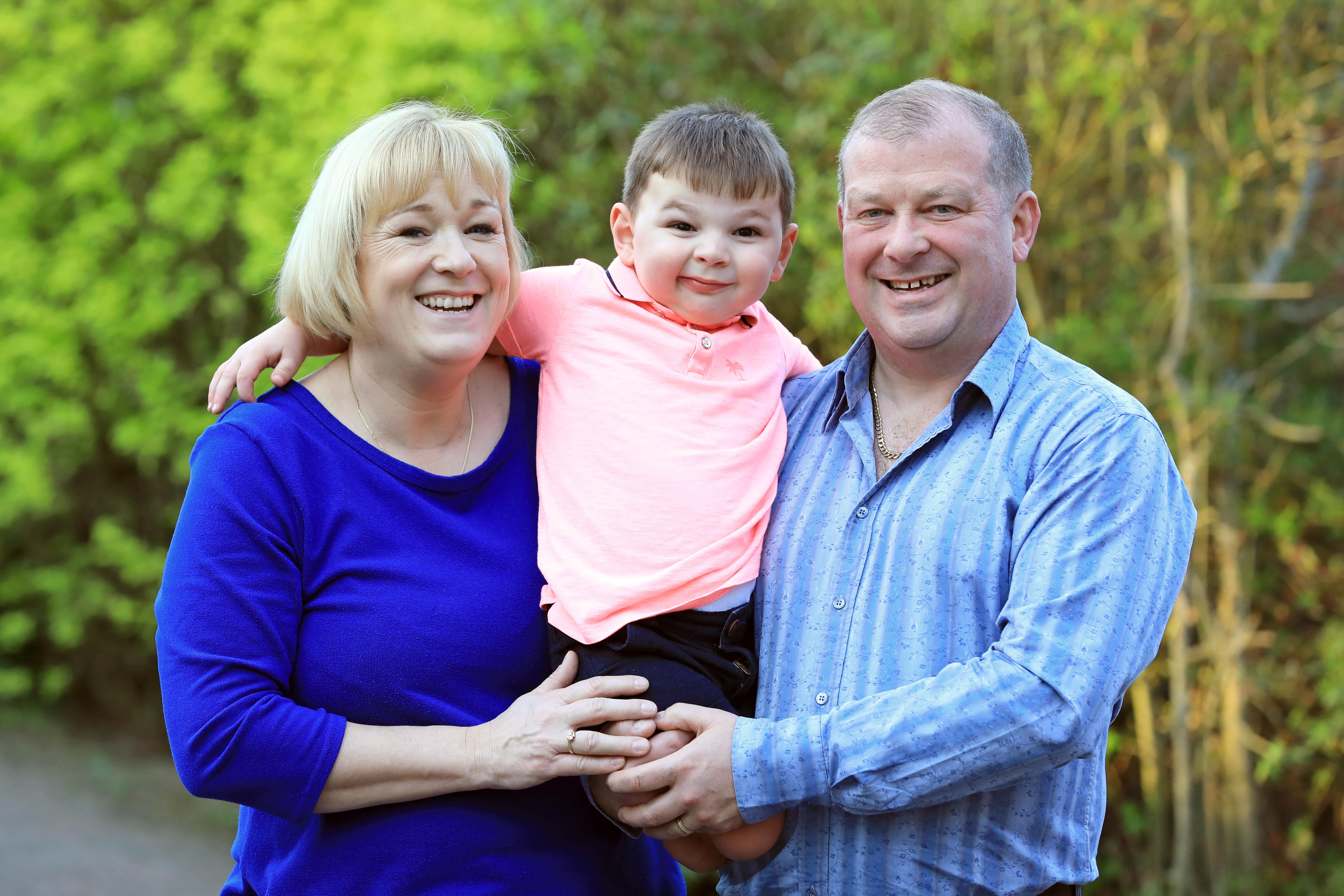 Paula knew very little about Tony’s background, but alarm bells first began ringing at a meeting with his birth parents, who told her the injuries were a “terrible accident”.

In fact, birth parents Tony Smith, 47, and Jody Simpson, 24, had made a series of attacks on the baby over a ten-day period, including swinging him by his legs, breaking them in eight places.

The court also heard the vile pair delayed seeking treatment for the baby for days because they were waiting in for a plumber to fix the boiler.

After finding the couple guilty of child cruelty, the jury were shown a heartbreaking photo of Tony, now three. It revealed to the court for the first time that Tony had had both legs amputated due to an infection from his injuries. Jurors broke down in tears. 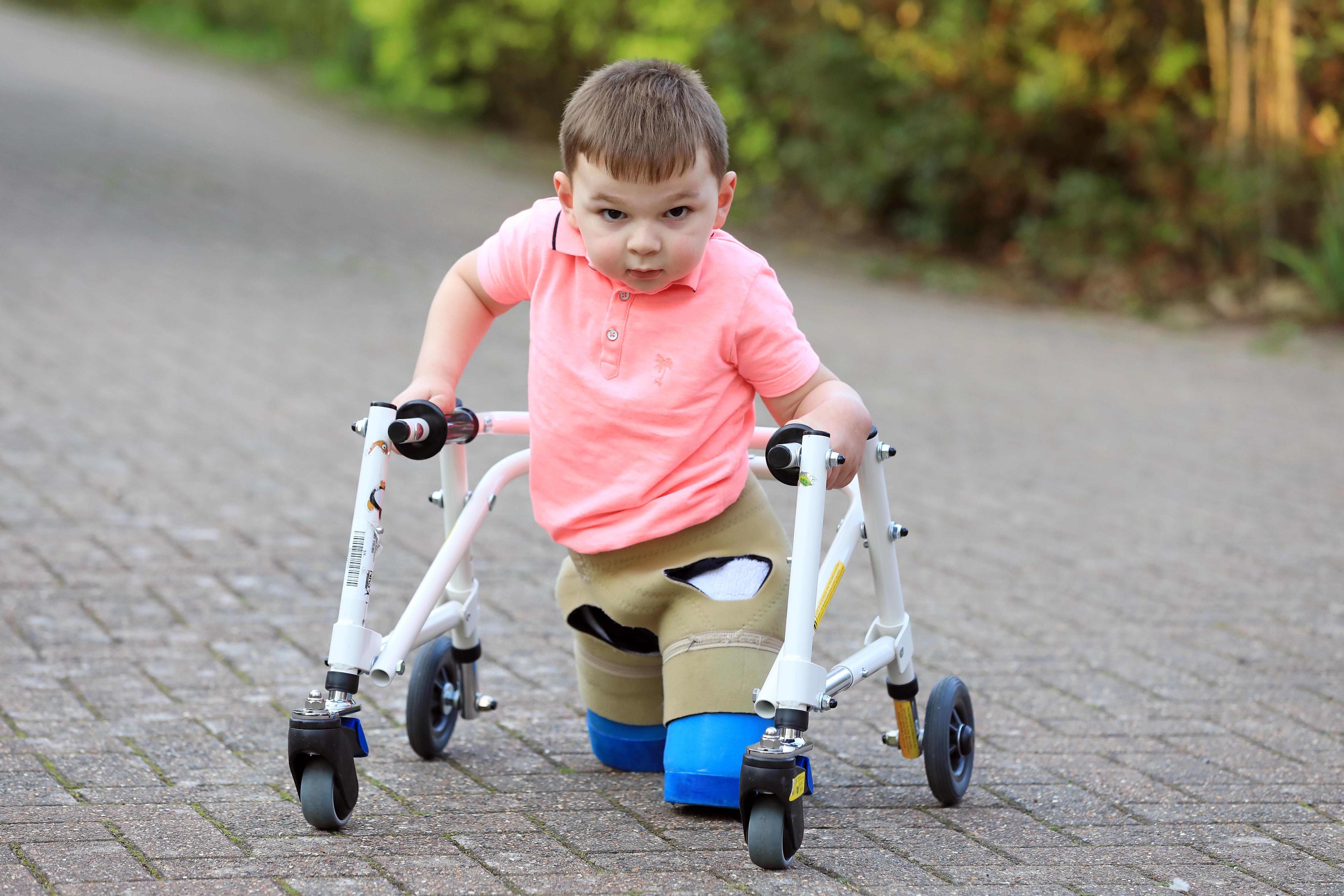 Paula, of Kings Hill, Kent, says of her first meeting with the baby in February 2015: “Tony was a scrap of a thing with casts on both of his legs.

“He’d been admitted to hospital on the brink of death with lots of bone fractures.

“Doctors had done everything for him as his body blew up like a balloon fighting infections from thigh bone, lower leg, ankle, thumb, and toe fractures.

“My heart broke, especially when he opened his huge brown eyes.” 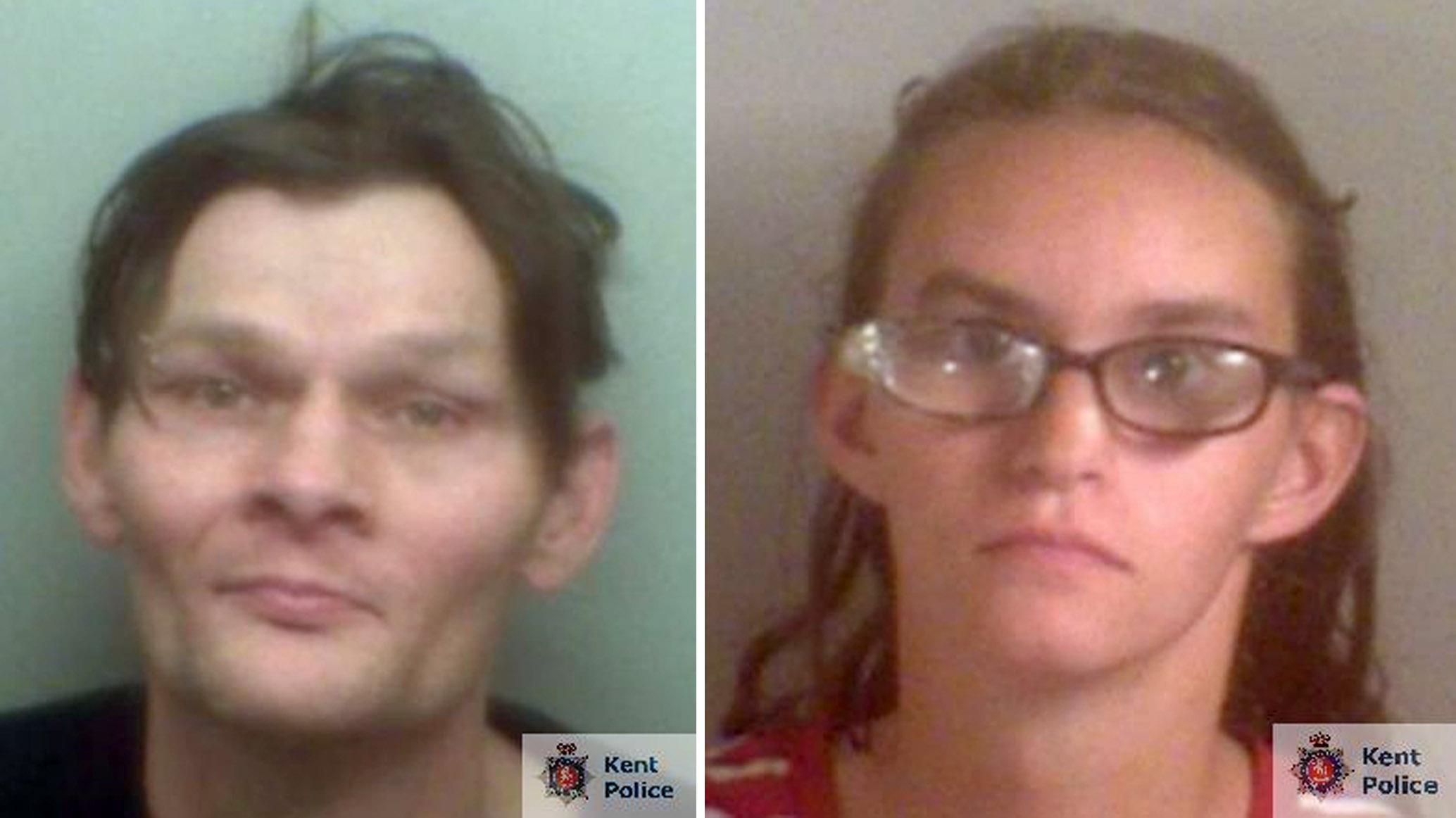 Paula, a former market researcher, says: “I didn’t think too much about his parents — we were all just getting to grips with Tony’s medical needs.

“But my stomach churned when it was time for his first supervised visit with his mum and dad. His dad came bounding up, saying, ‘Thanks for looking after our boy. You’ll think us bad parents but it was just a terrible accident.’

“His mum refused to meet my gaze. Afterwards, I asked the social worker what he had meant.” 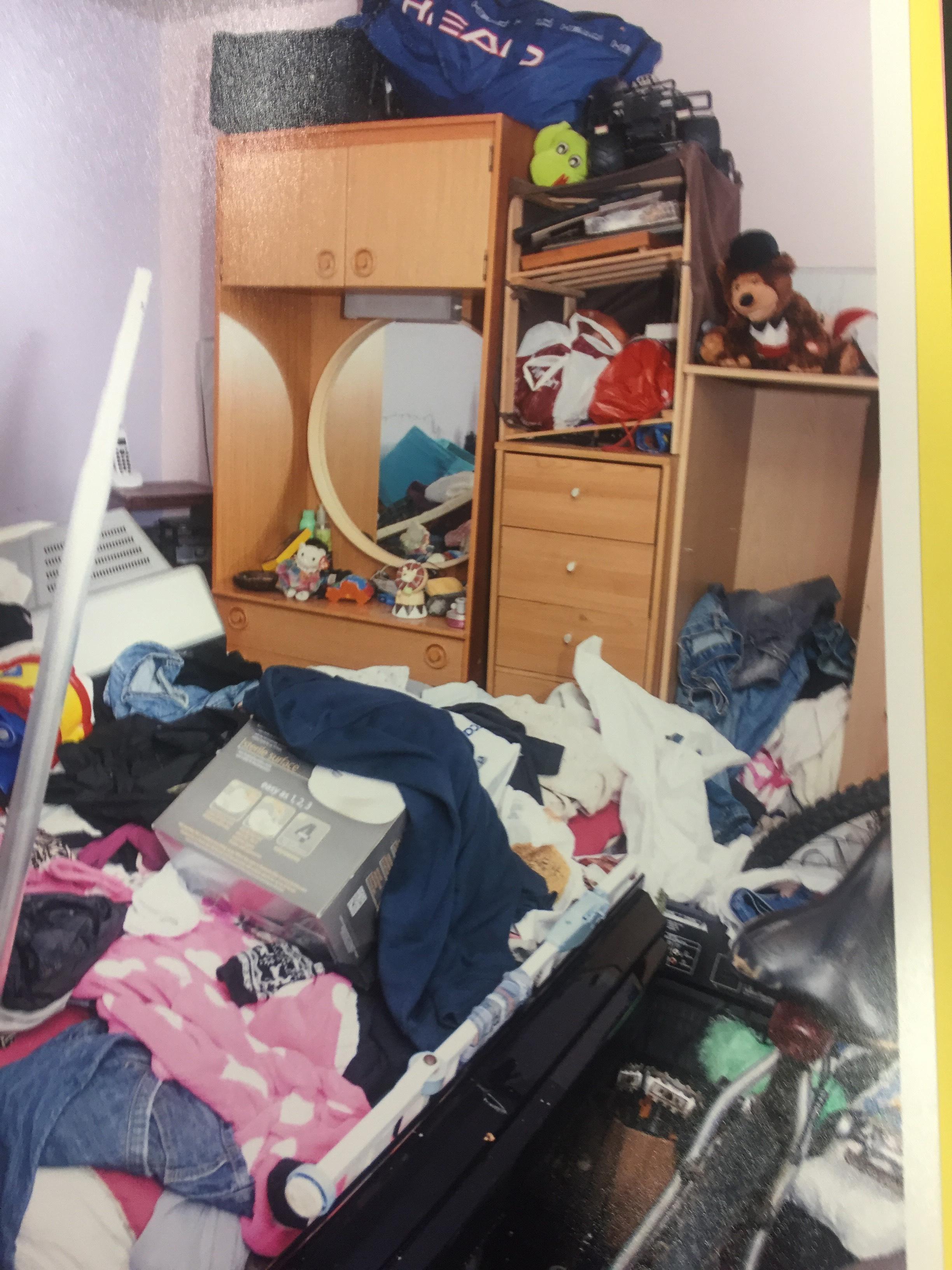 Paula could not shake the suspicion that Tony’s injuries were no accident.

Meanwhile, the youngster suffered night terrors and it became clear his injuries were going to be life changing.

Paula recalls: “Doctors explained the future for Tony was unknown as no other child his age had survived such appalling injuries.

“Doctors warned he may never be able to sit up or crawl, and he could face development delays from the amount of life-saving drugs he’d had which could affect his hearing and sight. 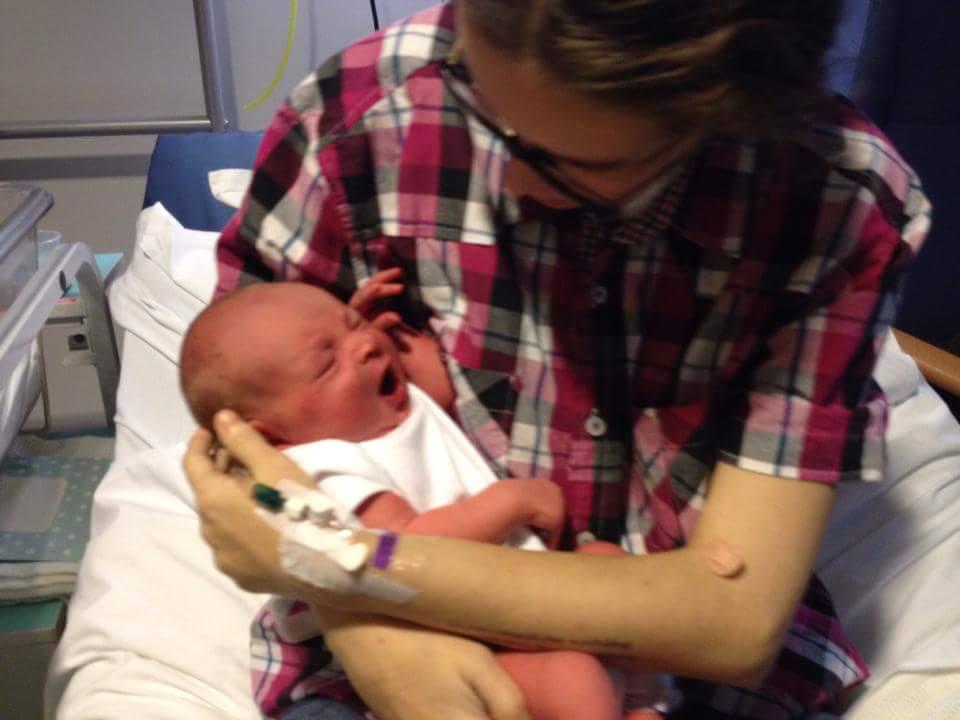 “But it was only after his cast was pulled down during a visit with his mum and I took him back to hospital for his leg to be recast that the true horror of what he had been through hit me.

“I had thought he had broken legs beneath his casts but they were mangled and twisted.”

In May 2015, Paula and Mark told social services they wanted to adopt him. Paula says: “Tony was exactly where he belonged and where he should stay.” By March 2016 he was legally theirs.

Paula says: “Taking on Tony wasn’t just about ensuring he got the best medical care, he needed justice, too. “I couldn’t understand how the people who had hurt Tony were still walking free and could go on to have another child who could suffer the same fate.

“I knew Kent police were looking into the case but I had no right to information until I was Tony’s legal parent.

“As soon as the adoption came through I contacted them and was given more information but got a letter from the CPS saying that there was ‘insufficient evidence to proceed’.

“I was devastated and wrote an email that same day which I forwarded to Chief Constable Alan Pughsley and copied in Kent’s Police and Crime Commissioner Matthew Scott and various MPs. 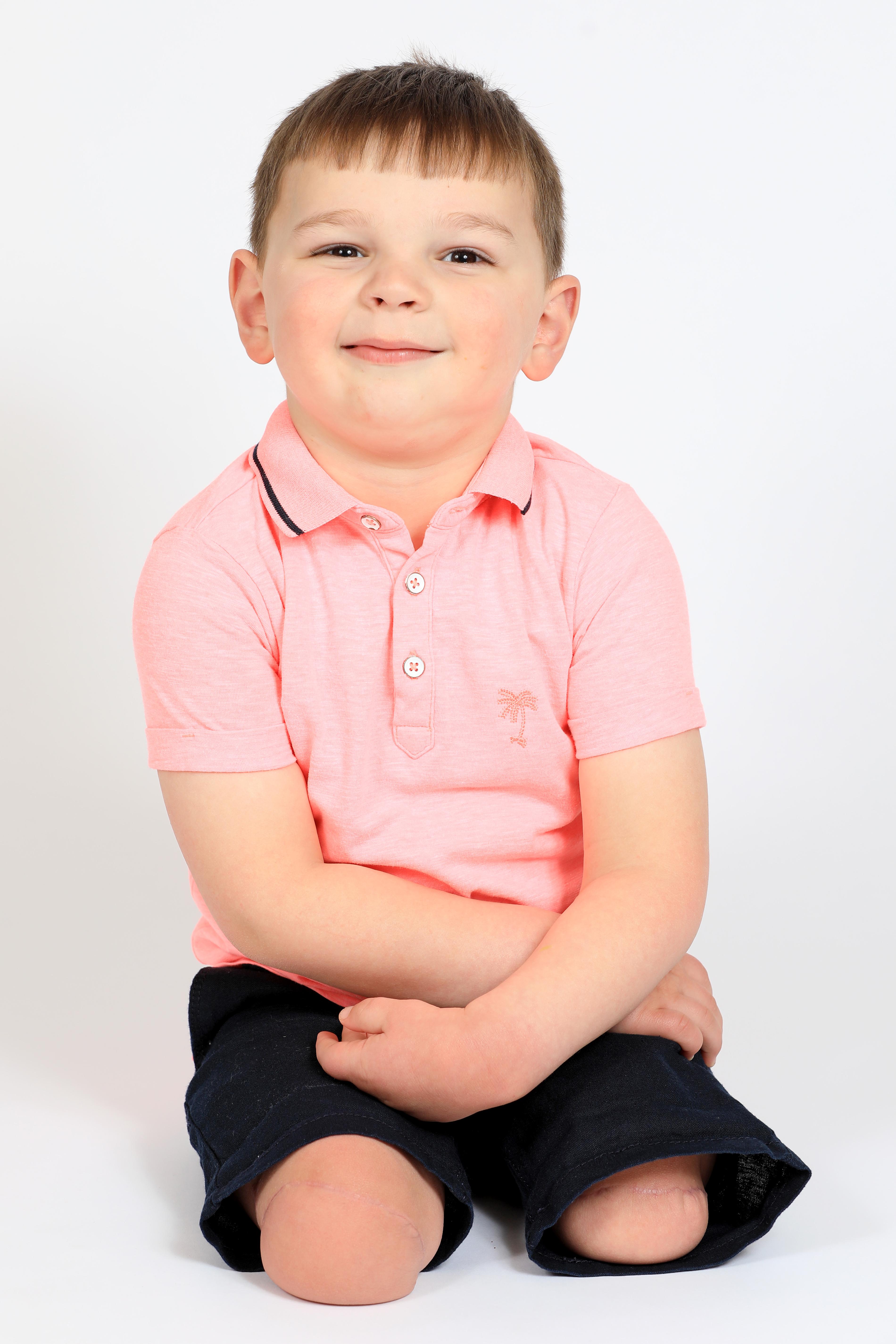 “I also sent it to Michael Gove, who was the Secretary of State for Justice at the time.

“From there, our local MP Tom Tugendhat replied to see what could be done.

“I also wrote a Victim’s Right to Appeal letter to the CPS. Within weeks, a detective came to see me to explain why it hadn’t gone to court.

“It was during this meeting that I discovered the police were unaware of that first meeting I had with Tony’s father and what he said. 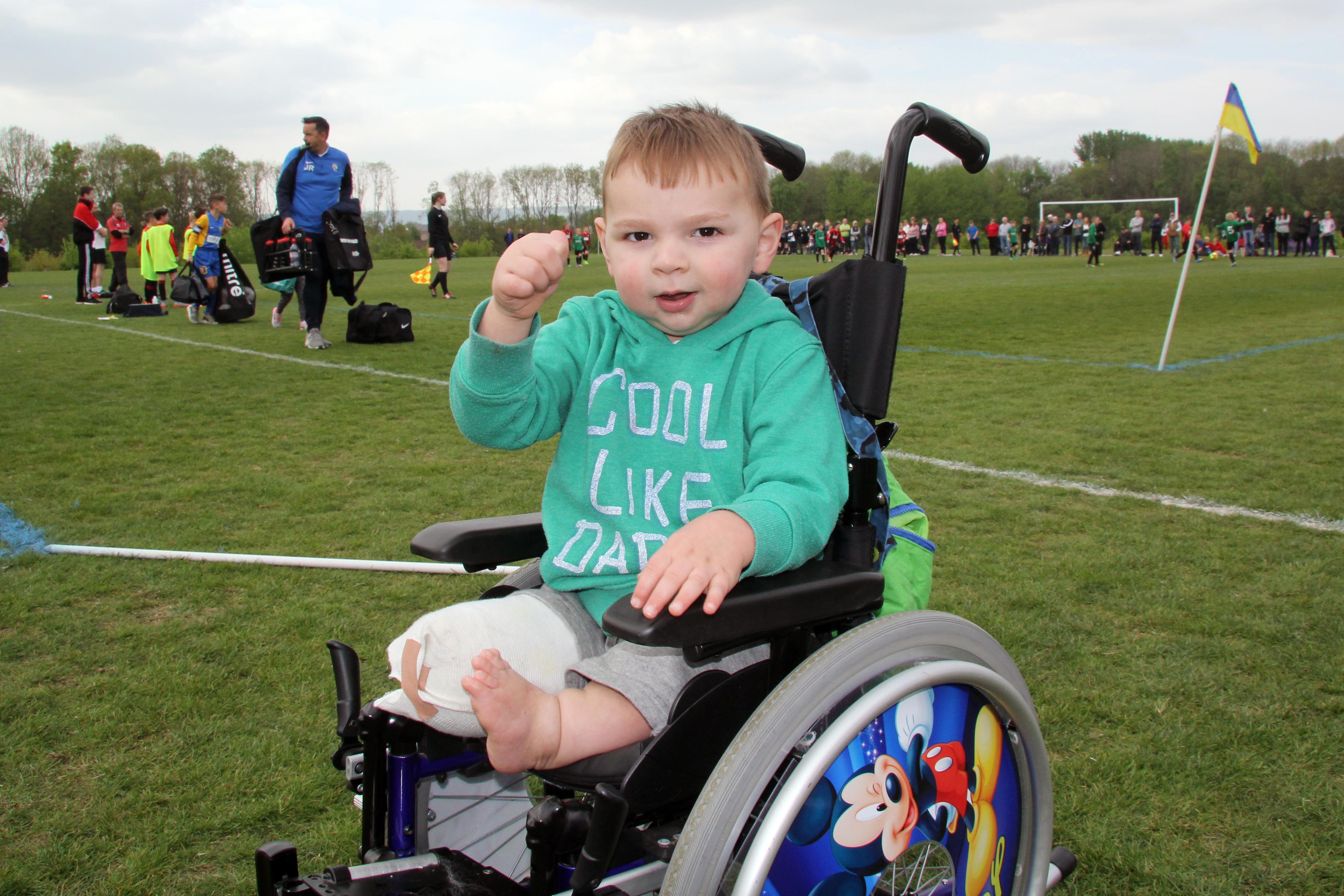 “I also told him about two incidents where Tony had returned from contact sessions with his parents where his cast had been pulled and on another occasion the splint at the back of the knee had been snapped.

“He was shocked. He said there and then that he would re-look at the case.”

Smith and Simpson were charged in January 2017.

It took a year for the case to reach court, during which time little Tony had both of his legs amputated, the right leg in May and the left in October. 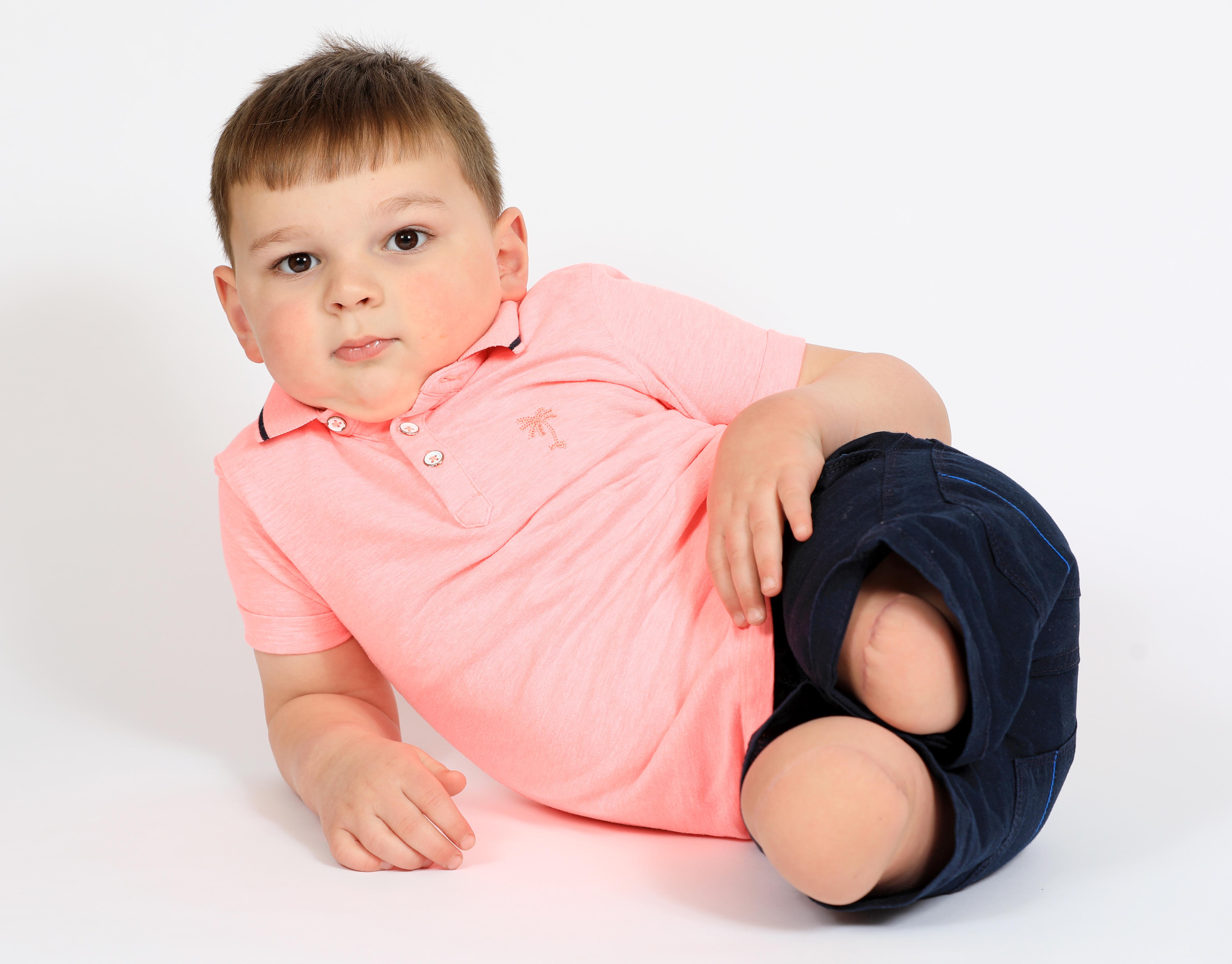 Paula says: “Deciding to go ahead with the first amputation was the hardest thing Mark and I have ever had to do. The operation took five hours and when Tony came around he was distressed.

“Two days later, he was chasing the nurses around in his wheelchair and a day later we were back home.

“He didn’t once ask about his leg. He started telling people a shark ate it. He has had the best care and we cannot praise the NHS enough.

“Tony really is incredible. He haul s himself up three steps to the trampoline and he does hand stands. 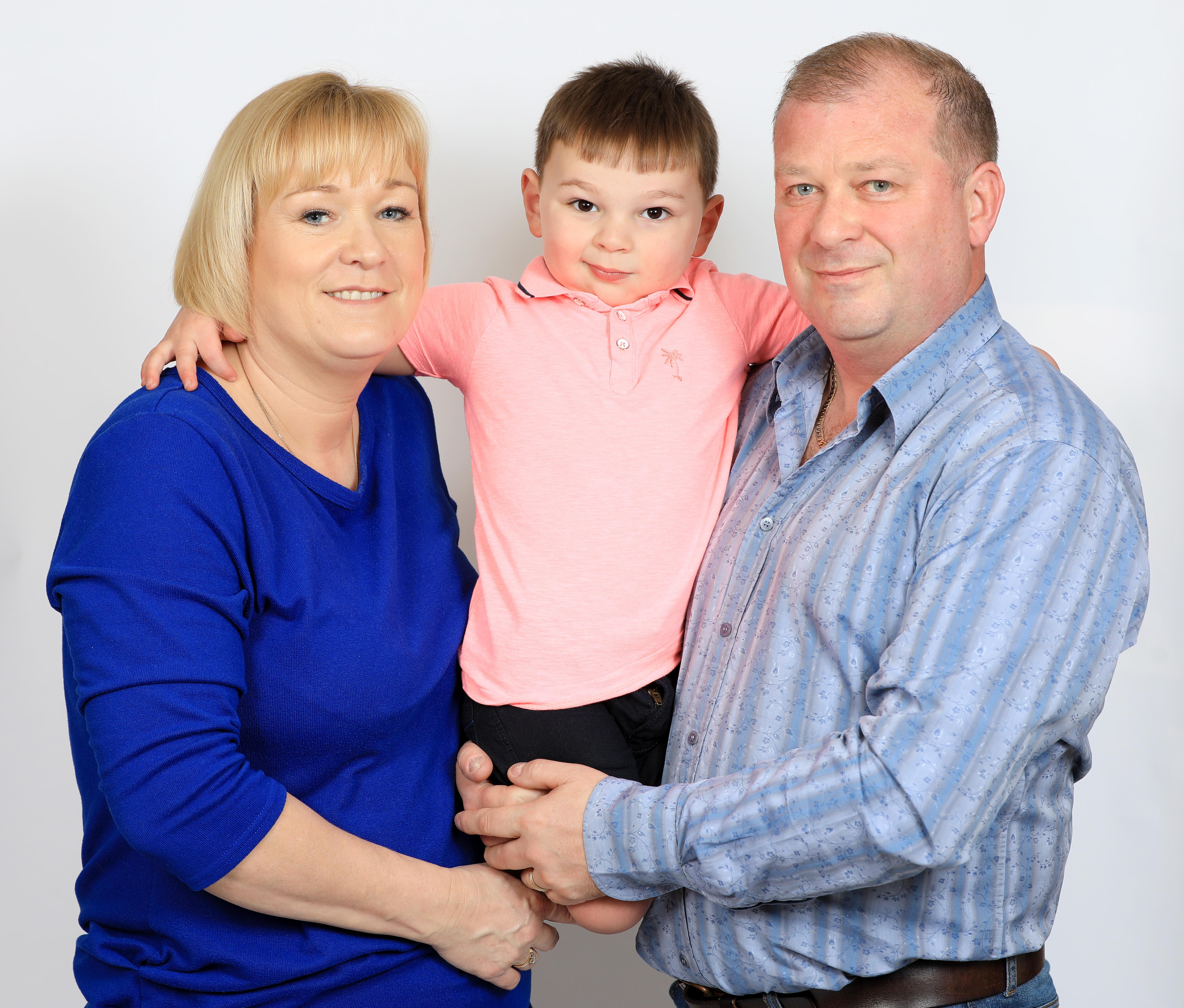 “He’s confident, flamboyant and loves the song This Is Me from The Greatest Showman.”

Smith and Simpson denied child cruelty. But they were found guilty on February 16 at Maidstone Crown Court and each jailed for ten years.

After the verdict, Judge Philip Statman’s voice broke as he told the court: “Tony’s adoptive family are stars. They are absolute stars.”

Tony will be four in October and is learning to use prosthetic limbs, which he got just before Christmas last year. 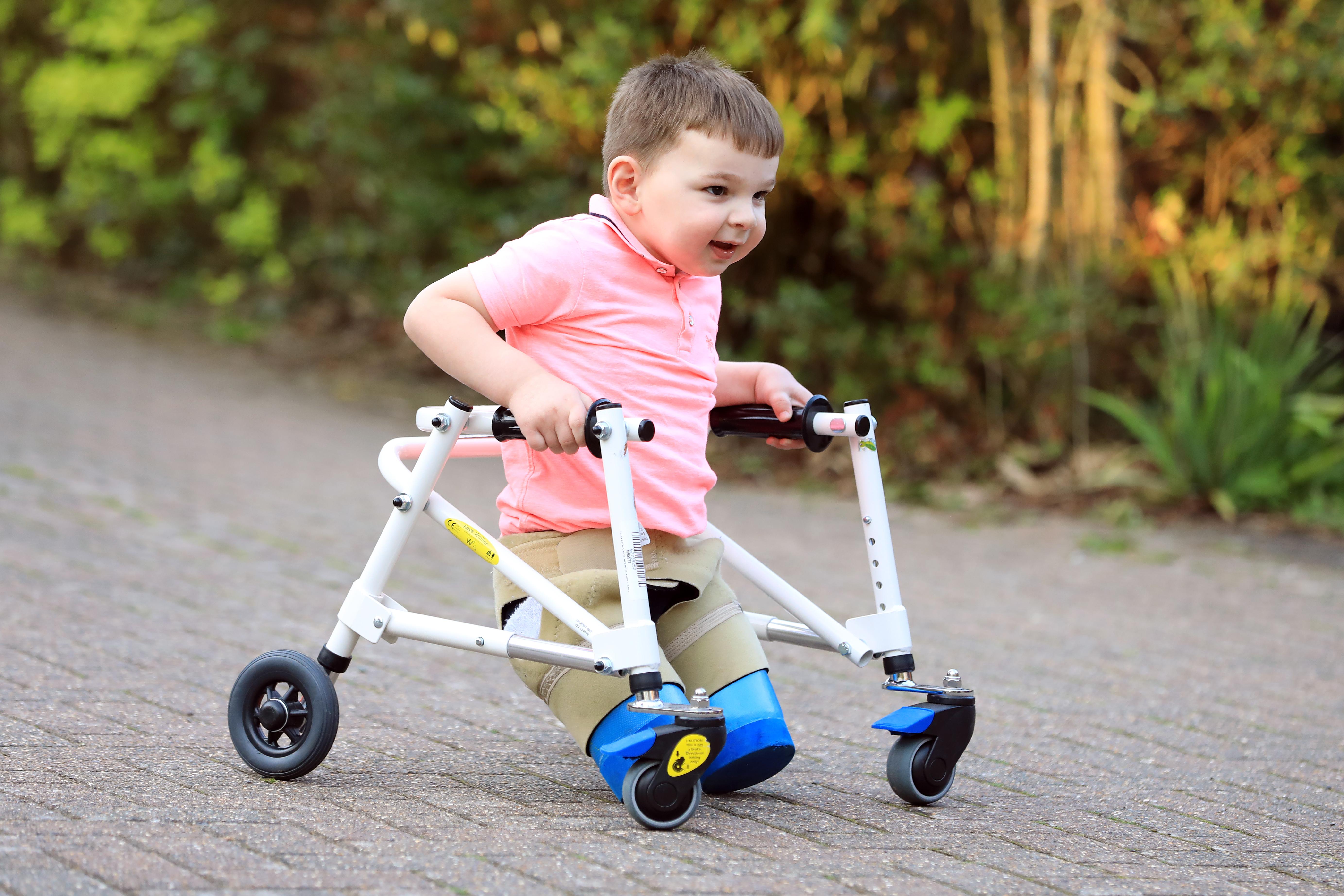 Paula says: “The absence of his legs will not be a lifelong reminder of his parents’ cruelty.

“It will be a reminder of what an incredible human being he is — strong, smart and determined.

“It was a proud moment for us and him when he stood on his new legs for the first time.

“Tony deserved so much more from the people who brought him into this world. 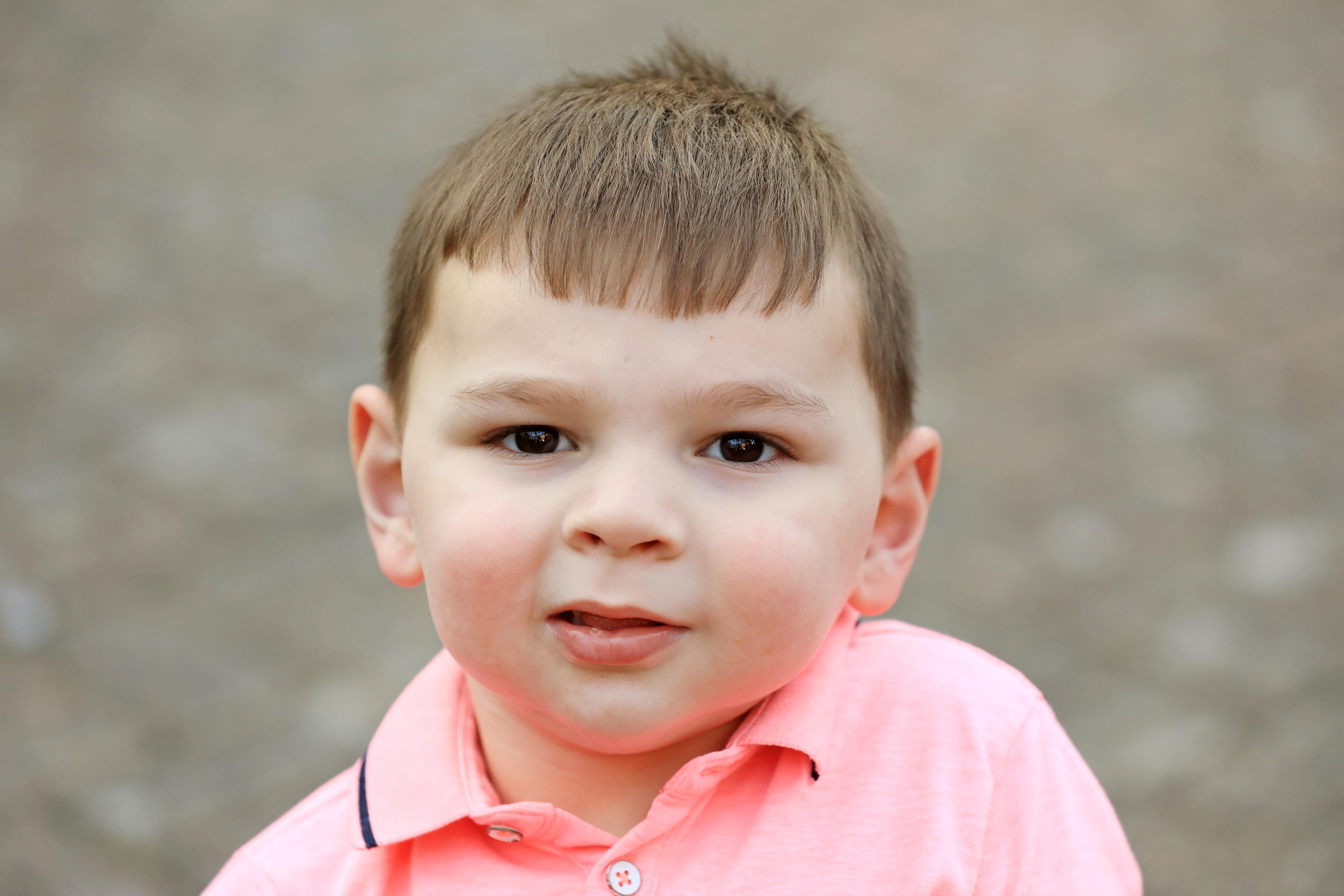 “But now he has a family who will fight for him every step of the way and absolutely adore him.

“I’m in awe of this inspirational little boy who makes jokes about not needing slippers and scores goals in the garden.

“I couldn’t be prouder to call him my son.”