But one British bride had more reason to be anxious than most after she reportedly skipped her last wedding dress payment on the morning of her nuptials. 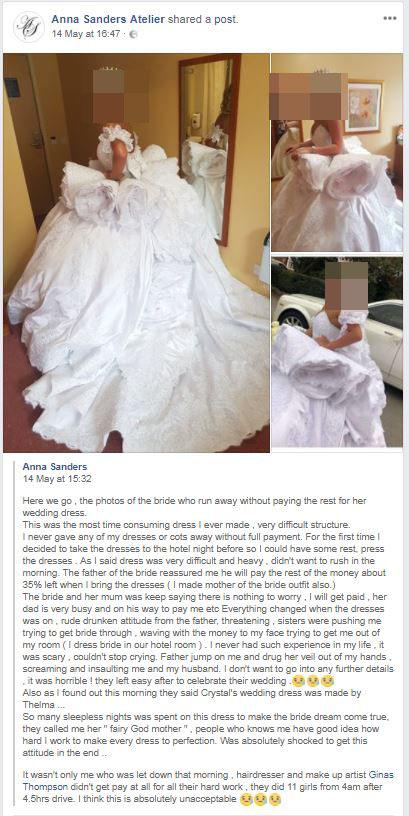 Wedding dress designer Anna Sanders took to Facebook to expose the “absolutely unacceptable behaviour” of the woman’s family after she says the anonymous bride wore the gown despite not having paid for it in full.

Sharing the “scary” experience in a now-deleted social media post, the Leicestershire-based designer said that she took the “most time consuming dress I ever made” to the hotel where the family were getting ready the night before.

But the next morning Anna says that the woman’s “sisters were pushing me, trying to get the bride through” while “waving the money to my face trying to get me out the room", Mail Online has reported.

Things took an even uglier turn when Anna claims the father of the bride, who the designer says was already drunk, then “jumped on me and dug her veil out of my hands, screaming and insulting me and my husband". 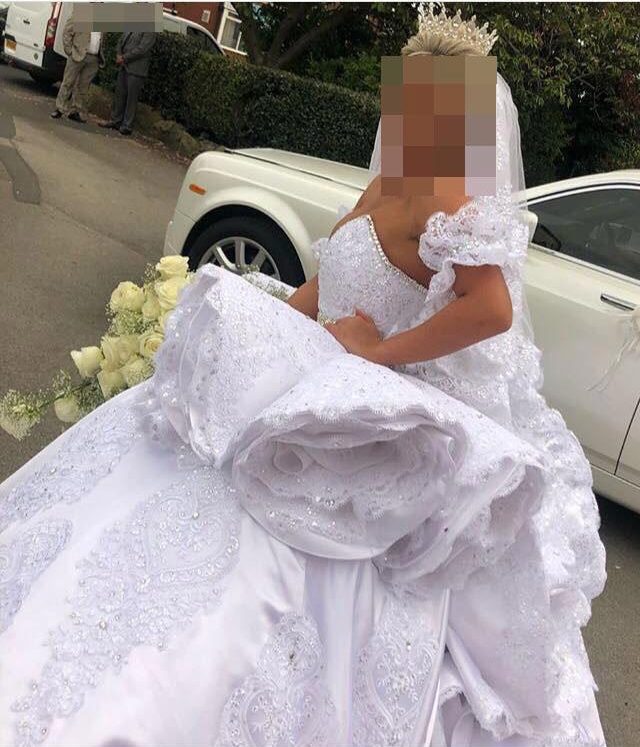 Adding that she "never had such an experience in my life", Anna was forced to leave the hotel without being paid for creating the bride's dream dress.

The gown itself was a one-of-a-kind creation, made of multiple layers of silk with diamante heart detail and a strapless yet voluminous bodice.

The runaway bride topped off the Disney Princess-style dress with a silver tiara for her special day. 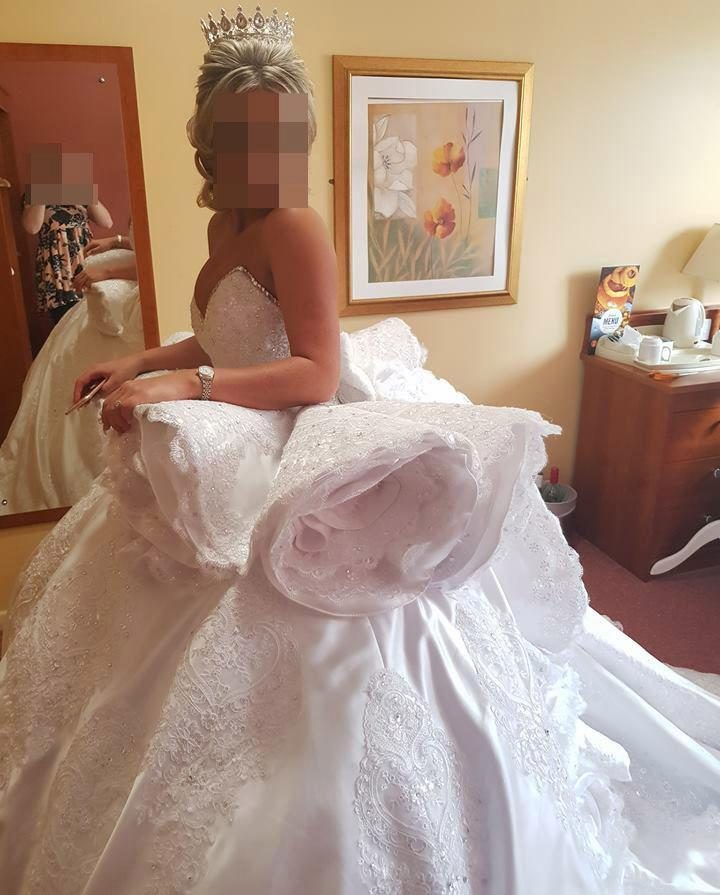 Despite not getting her hard-earned cash, Anna was flooded with sympathetic comments on Facebook and the post was shared over 20,000 times by other users.

She later added: "Such a shame for this family and what a miserable start to new married life. Please don't order a beautiful dress, professional make up and hair if you can't afford it."

If this isn't a bad marriage omen, we don't know what is.

The moment Rich House Poor House mum was left 'speechless' after seeing £1 million country mansion her family will be staying in for seven days.

Rich Kids Go Skint vlogger struggles to make a ham sandwich for lunch… and moan he's usually given £50-a-day to spend on snacks.

Women reveal the most 'frightening' experiences they have had with men after rejecting them in harrowing Twitter thread.