Bride-to-be, 23, diagnosed with locked-in syndrome after collapsing in the shower

A BRIDE-TO-BE is unable to speak or move after a stroke left her locked in her own body at just 23-years-old.

Ruth Haslam had only been with her partner Tom for five months when she collapsed in his arms one day, having suffered a massive stroke. 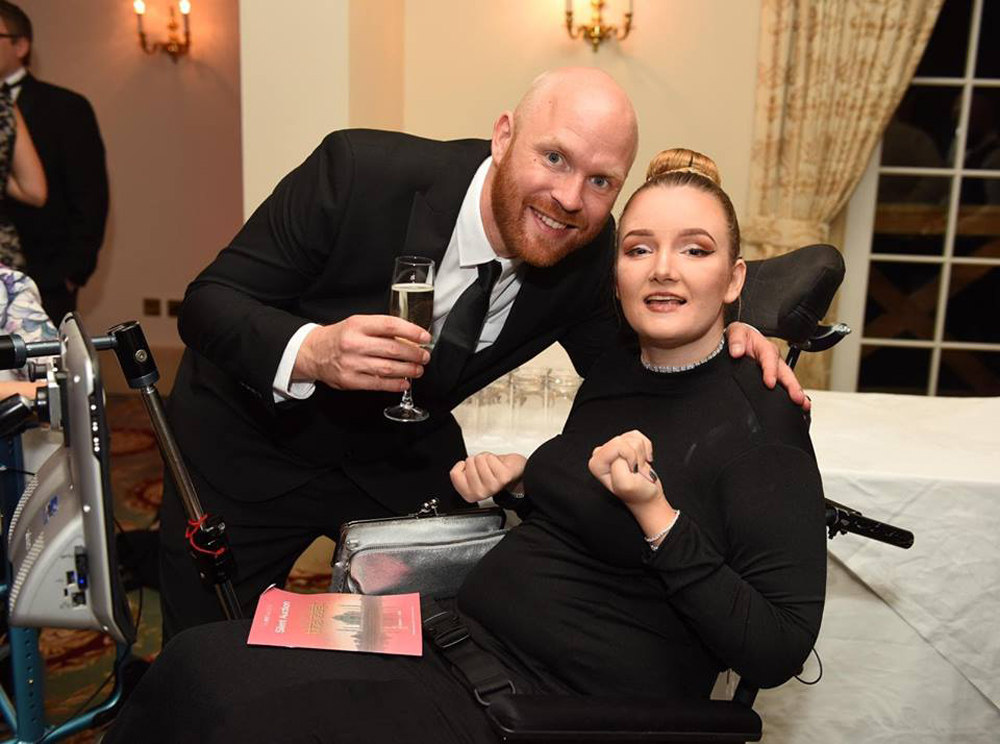 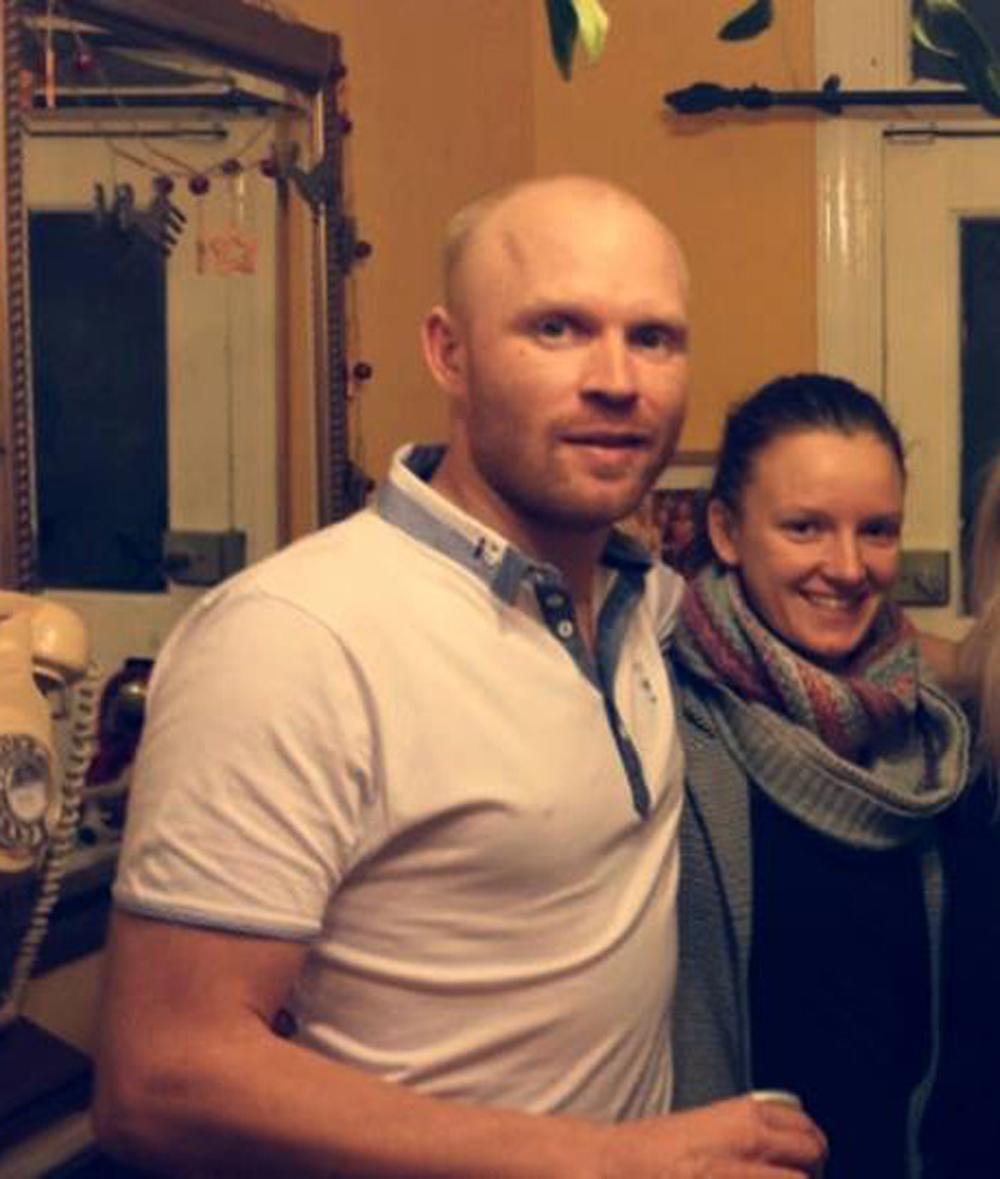 Since then, he's had to quit his job to become her primary carer as she's now unable to do anything for herself.

Ruth, from Leeds, has been left with locked-in syndrome – which is where someone is conscious and aware but is paralysed and unable to speak.

Days before the stroke in 2013, Ruth had landed a new job as an assistant manager of a pub. 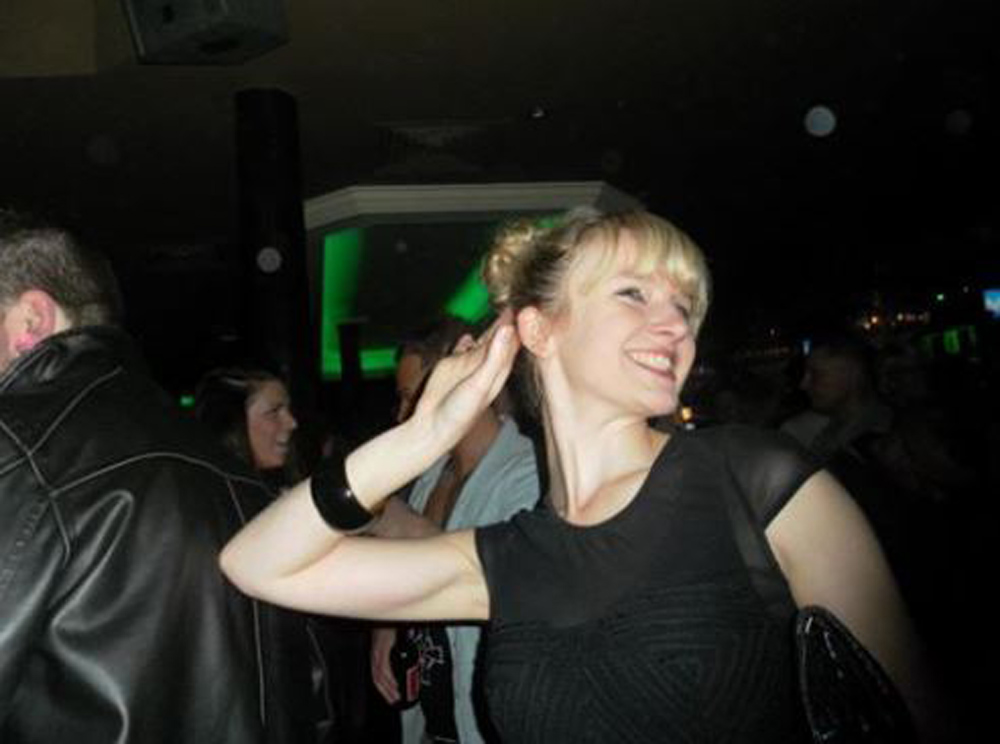 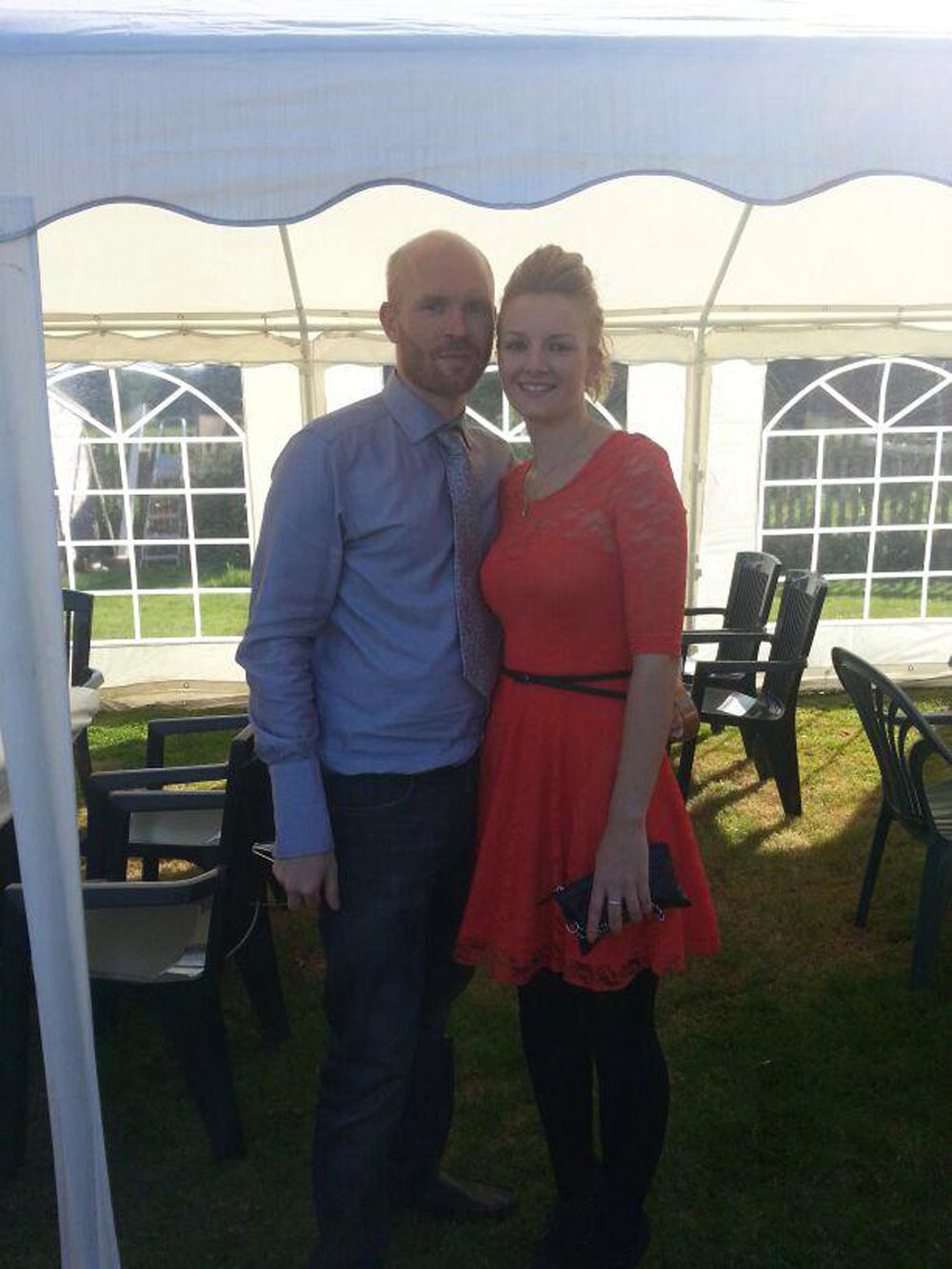 As Christmas approached, she recalled being "randomly sick" a few times.

“I went very pale and was sick a couple of times, but I was working in two different pubs then at the busiest time of year, so I assumed I was just run down,” she said.

That morning, she and Tom had been due to go shopping, but she decided to have a shower and a lie down before heading out after waking with what she thought was a migraine.

“In the shower, I must have shouted for Tom, because I remember collapsing in his arms, then saying, ‘I don’t know what’s happening to me.’

"He carried me to the bed and a few seconds later I was making a gurgling sound and drifting in and out of consciousness," she said. 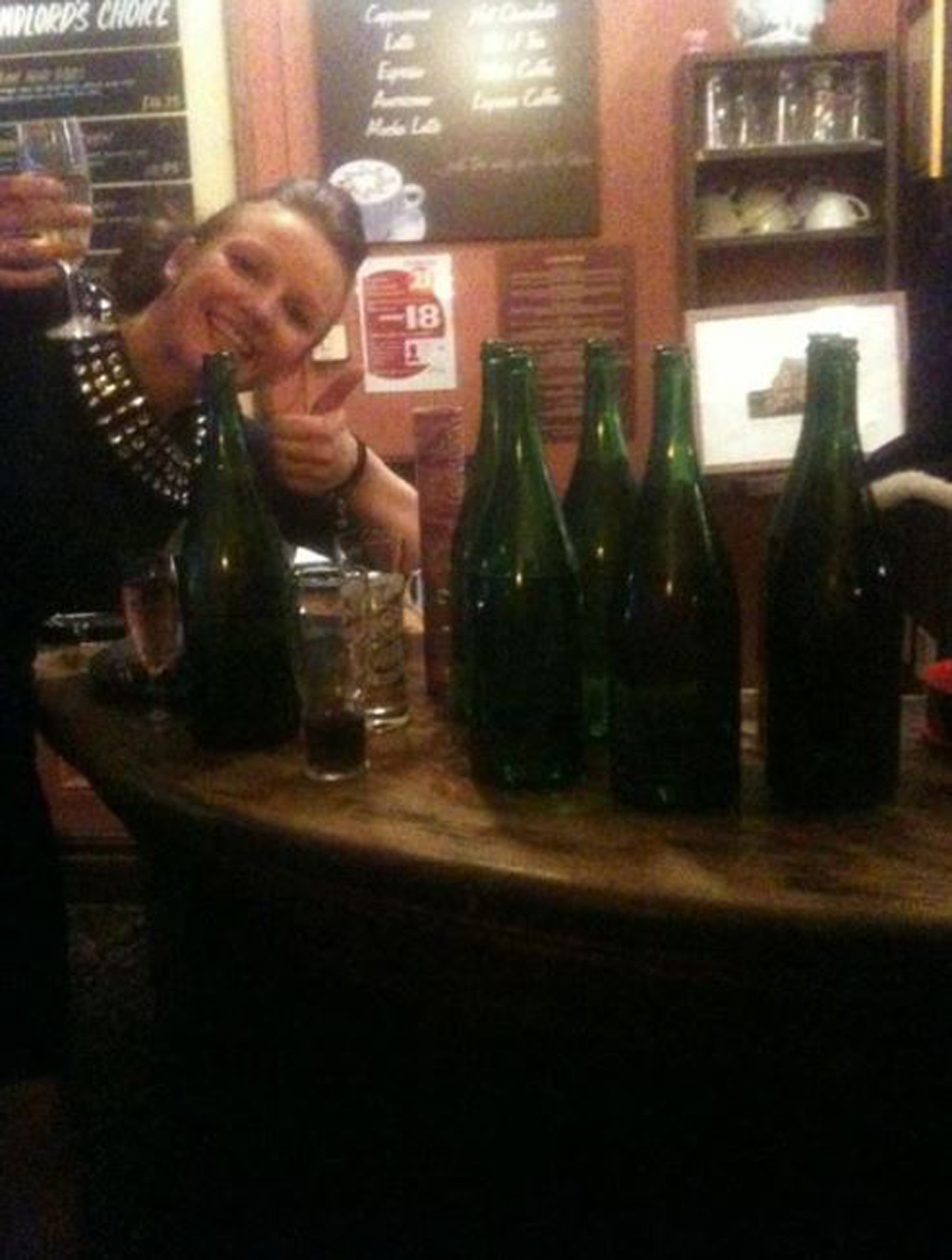 “I remember Tom ringing an ambulance, paramedics being in the room and putting an oxygen mask on me. But after that, I don’t remember anything.”

Ruth was raced to Leeds General Infirmary where docs discovered that she'd had a stroke.

It had been caused by a clot in the brain which had been cutting off the blood supply, and she had emergency surgery to remove it.

For three weeks, Ruth lay in a coma before being transferred to Chapel Allerton Hospital for rehab.

Ruth said: “I had to relearn absolutely everything after the stroke. I couldn’t even swallow saliva at first and it took me about six months just to be able to lift my head off the pillow.

“Tom keeps me laughing. He has saved my life in more ways than one. We take the mick out of each other, but that’s just our relationship. We did before the stroke, so why not now? I’m still the same person inside.”

In July, Tom made it clear that he wasn't going anywhere and proposed by her bedside.

She says that she won't get married until she can walk down the aisle to meet her groom. 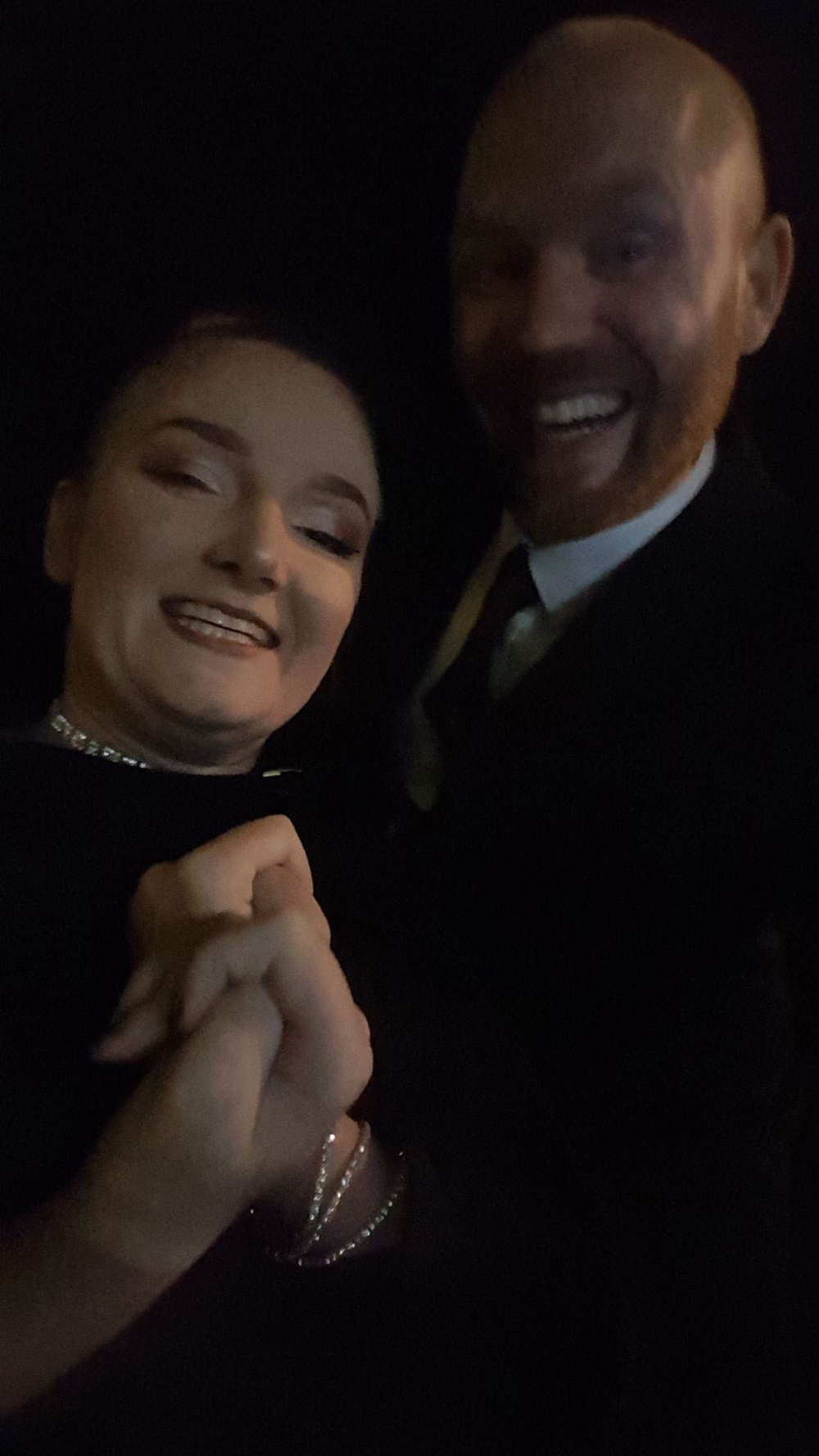 Speaking of her prognosis, Ruth said: “Every stroke and its estimated recovery time is different, so doctors couldn’t give me a set timeline, but they did tell me it was going to be a marathon, not a sprint.”

“I believe doctors told Tom it was unlikely I’d ever be able to eat or drink again – but he made sure we proved them wrong.

“He would smuggle takeaways into a little room at the back of the ward for me and, after six months, I was eating and drinking again. Now, I can eat anything.”

But Ruth has tragically been left with locked-in syndrome, which means that she can't move or speak – despite being fully conscious.

She explained: “Locked in syndrome is like being trapped inside your own body.

"I understand absolutely everything and I know more about what is going than people realise. 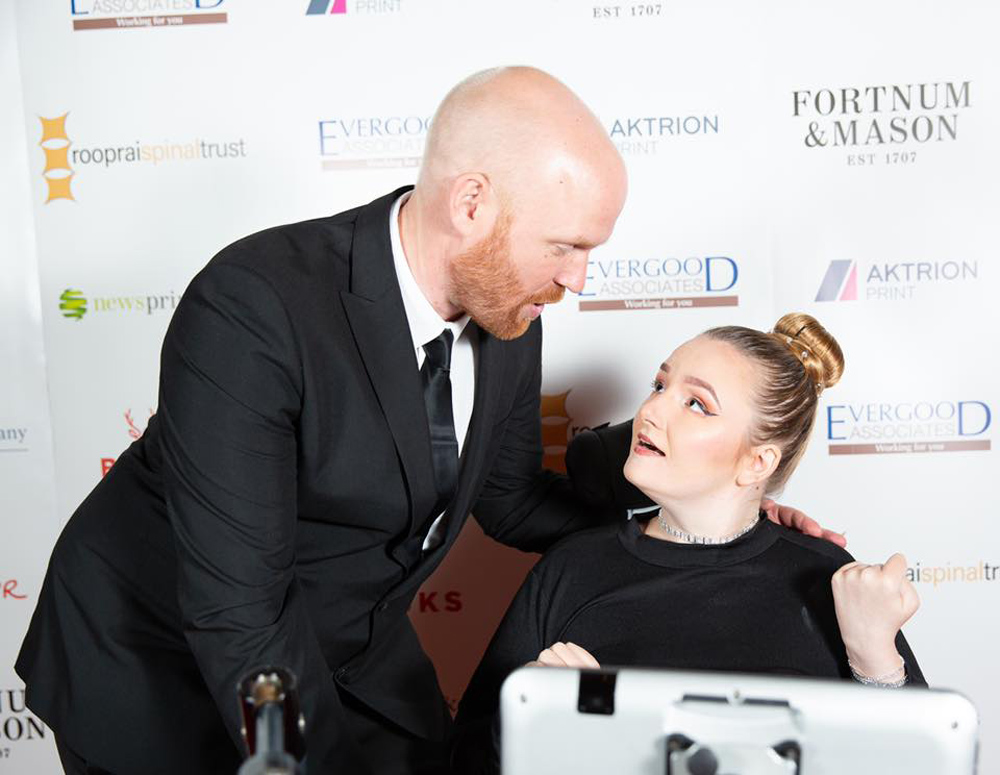 "For example, Tom can put something down in a room I haven’t been in and later on when he’s looking for it, I know where it is.”

Ruth said that people often think that she's deaf or talk to her slowly – asking Tom how she is rather than addressing her.

"They’ll ask Tom how I am, but he just tells them to ask me myself. I’ve even kicked people out of my house because they have been asking questions about me to other people. Nobody knows me and my body like me.”

13 months after her stroke, Ruth was dismissed from hospital and four years on, she continues to have physio, speech and occupational therapy.

She's also set up a GoFundMe page to help raise £9,500 for a special standing wheelchair.

There are two main types of stroke.

An ischaemic stroke is the most common, accounting for 85% of all cases, and is caused by a blockage cutting off the blood supply to the brain (which Ruth had)

A haemorrhagic stroke is caused by bleeding in or around the brain, when a weakened blood vessel supplying the brain bursts.

If you recognise any of these signs, and believe somebody is having a stroke, dial 999 and ask for an ambulance immediately.

Ever the optimist, Ruth says that "life now is good".

"During the weeks, it’s very therapy based, but I try not to let my wheelchair stop me.

"I go on holidays and to plenty of concerts, but it can be awful and unnerving to be sat down in a crowd of people.

"I want to be a part of it, to be able to get involved at gigs when they say, ‘Everybody on their feet.’ I want to stand up and give Tom a hug and of course, I want to walk at my wedding."

But the chair that she's crowdfunding for will mean that she can stand and sit in a variety of positions, improve her stamina and help her to be much more independent.

She concluded: “People call me an inspiration and I don’t really like it. I’m not – I’m just doing what others like me are doing. I take each day as it comes. It’s all I can do. Progress is slow, but I am heading in the right direction.

“I’d say to others to keep smiling because you can do it, even if it takes a long time. It helps to join support groups where you can ask questions and share tips to help each other.

“Throughout everything, Tom has been my rock. I don’t know where I would be without him.”

You can donate to Ruth's chair here.