Brooks Brothers is dipping its toe into the streetwear market.

The brand is teaming with Fila on a limited-edition, tennis-inspired collection that will launch today. The Brooks Brothers x Fila apparel, footwear and accessories blend the fashion sensibilities of both brands and include both streetwear-inspired lifestyle pieces as well as sporty on-court options.

In addition to the apparel, the collaboration offers two footwear silhouettes, a Brooks Brothers x Fila Trigate and an Original Tennis LX, both of which come in a custom shoebox featuring the same stripes as the apparel collection. The shoes are also dual branded. 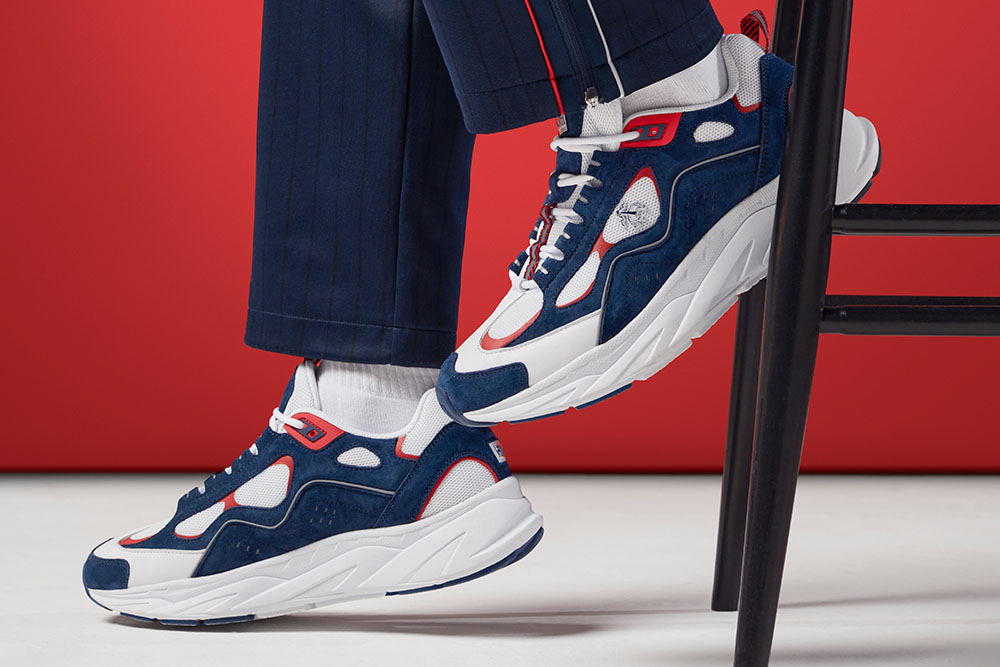 One of the cobranded tennis shoes.

Fila has a long history serving the tennis community and both companies are long-term partners in the International Tennis Hall of Fame in Newport, R.I. It was this shared connection that led to the collaboration, according to the companies.

To introduce the collaboration, the brands will unveil a film, “Scandal on the Court,” with a quirky cast who are trying to get to the bottom of a mystery that took place at a recent tennis tournament, while being donned in pieces from the collection. The whodunit — with Emilia Turnbull as Billie, Daniel Chitra as George and Edwin Louis as Barry — was written and directed by Danny Sangra. The actors were also photographed in character by Annie Lai for still images for the campaign.

Ken Ohashi, chief executive officer of Brooks Brother, said: “We were excited to collaborate with Fila on this dynamic and unexpected capsule. Our design team and theirs worked closely together to capture the storied heritages of both brands in a bold and modern way. The collection is a playful take on instantly recognizable brand codes such as our iconic rep stripes, seersucker and our signature patchwork “Fun” shirts, all of which paired easily with Fila’s distinctive tennis styling, innovative fabrications and footwear. These type of partnerships allow us to show a different aspect of Brooks Brothers.”

Ohashi added that while the partnership may appear on the surface to be unusual, Brooks Brothers actually has a legacy of adapting sports apparel to everyday life. He pointed to the button-down polo shirt, introduced in 1900, that was “adapted from the pinned collars of shirts worn by polo players” along with the argyle sweaters it brought to America that were “frequently worn by golfers in Scotland.”

Tara Peyrache, senior vice president of marketing for Fila, added, “Fila and Brooks Brothers have a longstanding relationship due to partnerships with the International Tennis Hall of Fame over the years. With an undeniable synergy, the collaboration was inevitable and it was just a matter of time for it to come to fruition. This year marks Fila’s 110th anniversary and tennis is a core part of the brand’s rich history, so we knew this would be the perfect timing to align. The sport continues to drive trends in streetwear and fashion and we were able to tap into our iconic tennis influence for this special collaboration.”

Brooks Brothers, which will celebrate its 203rd anniversary this year, was purchased by SPARC, a partnership between Authentic Brands Group and Simon Property Group, for $325 million last September. Since that time, the new owners have been working to update the business by embracing its heritage and modernizing its image to appeal more to a younger customer.

Over the years, the brand has partnered with others including Supreme, Junya Watanabe/Comme des Garçons and Levi’s, among others.