IS cancer a fight? Should we ever see it as the evil enemy that needs exterminating?

I hate the use of "battle" language as much as the next cancer patient. 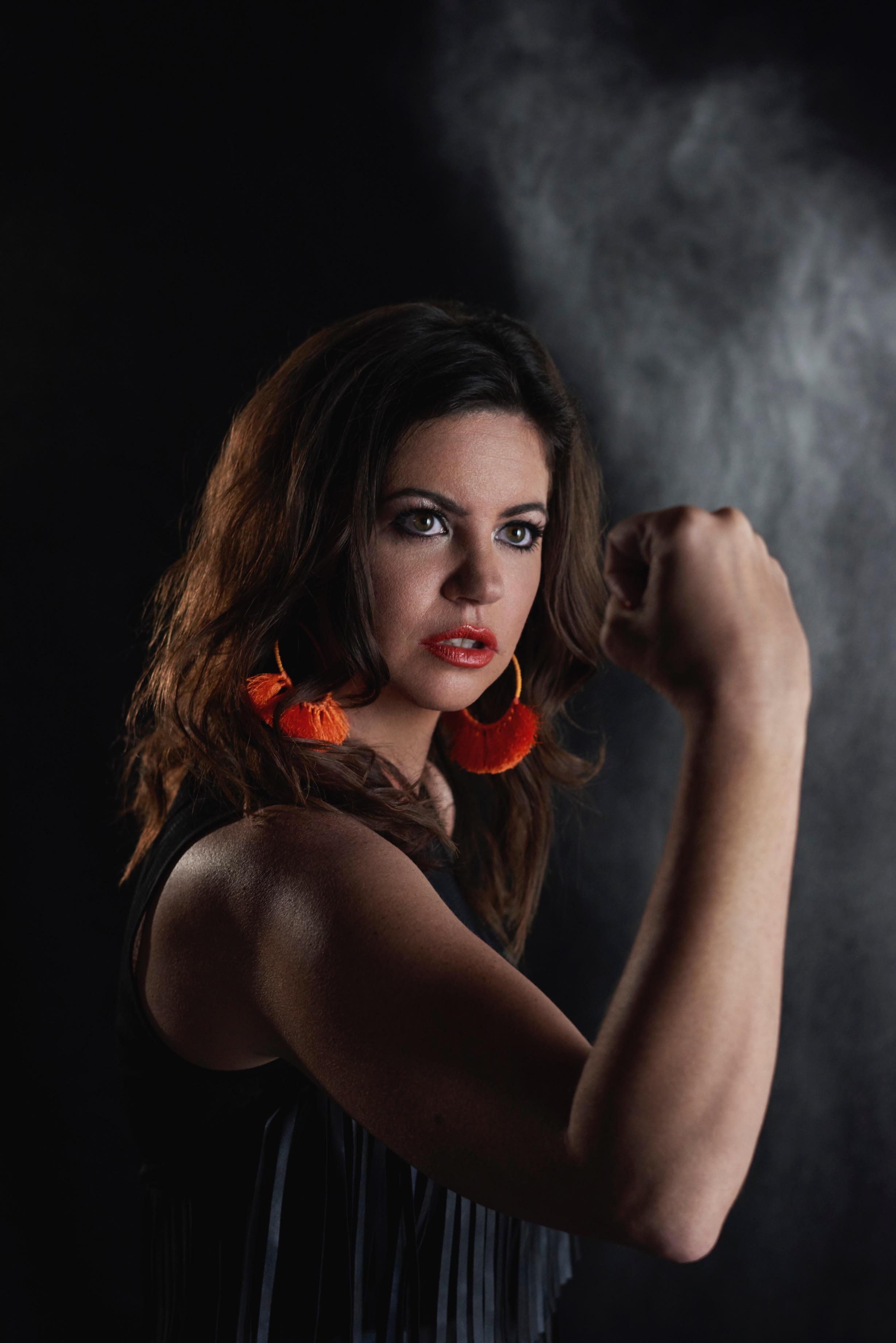 I waxed lyrical last week about how we need to seriously rethink the way we talk about cancer.

We don't lose people, friends don't succumb to it, loved ones weren't too weak and they certainly didn't lose their battle.

It's clear, you can't fight your OWN cancer. It's not something we win or lose, it's out of our control.

Even suggesting to people they can is unhelpful and naive. 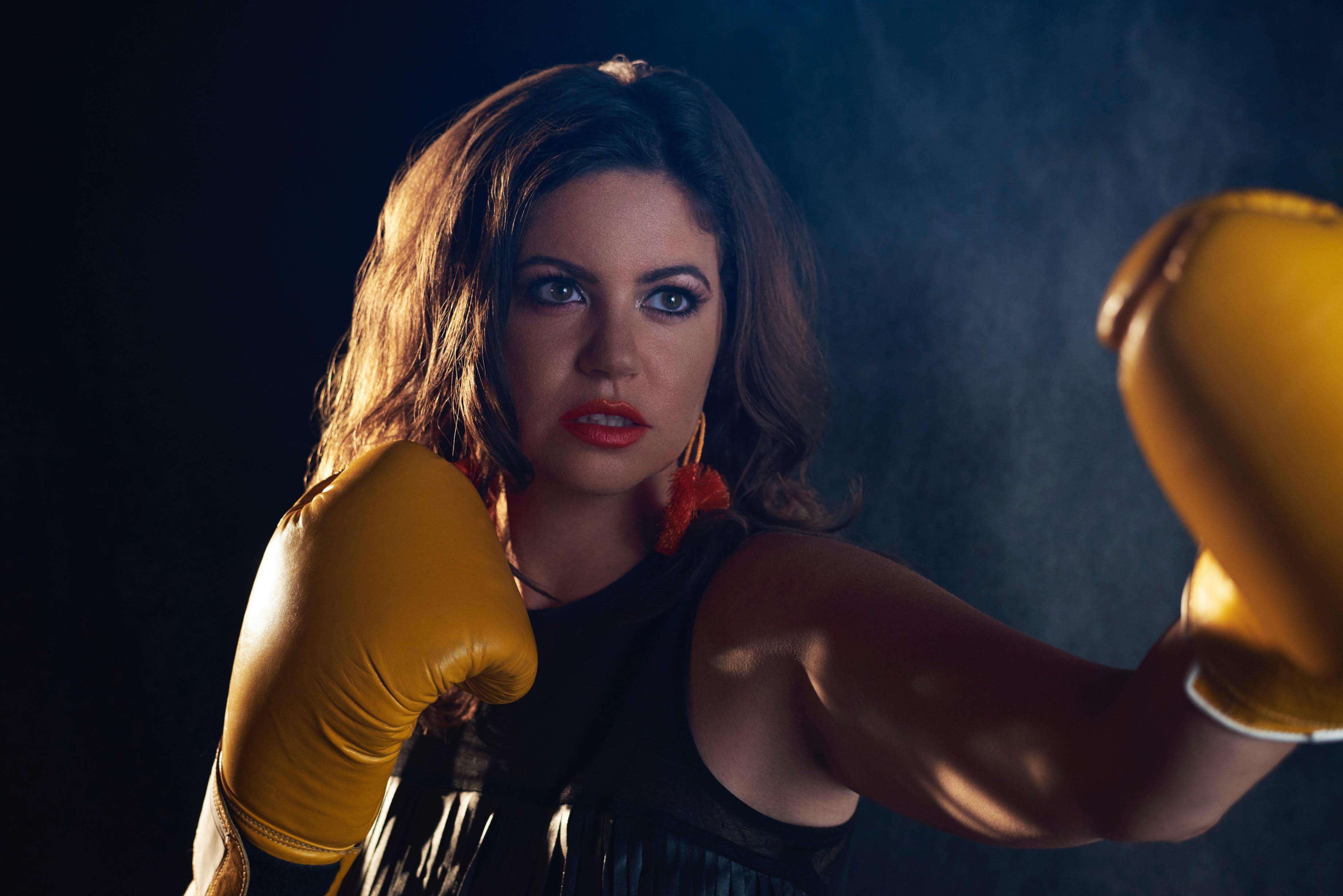 Yet, despite all this, there are times when I welcome "fighting talk".

Hell, I probably need it just to get myself out of bed some days – as my own battle with exhaustion wages.

I actually pat myself on the back some days, the ones when I feel I'm "winning" – and by that I just mean I've made it to chemo when all I want to do is run and hide.

Or days when I've managed to suppress those dark thoughts, and get up and live my life. 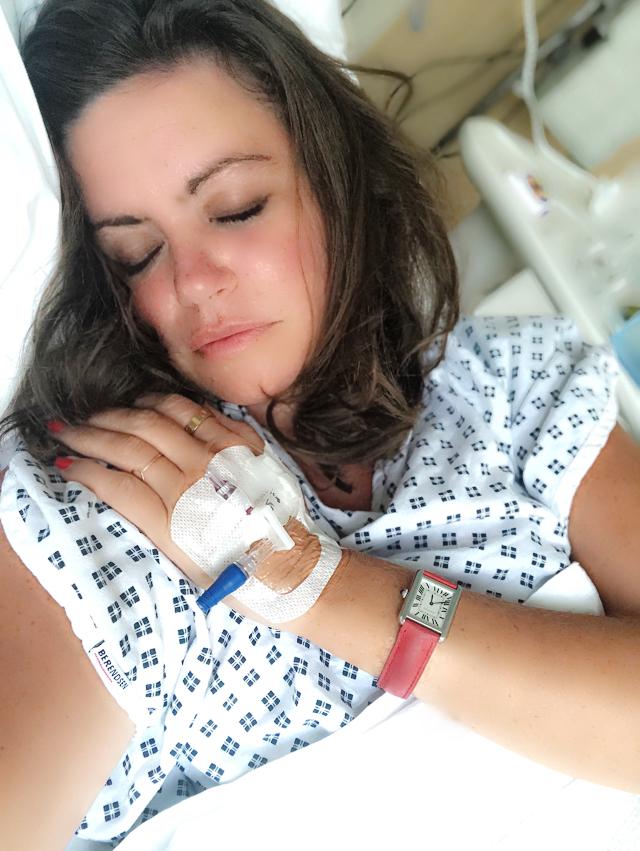 Today I have to say goodbye to my best friend Rachael. I'm wearing big Gucci sunglasses and a floppy hat, just like she wanted.

And I'll most likely spend the day desperately trying to hold it together as Lauren and I read a little letter we wrote to her.

Right now, all I want to do is "rally the troops" and make damn sure that together we do something about this beast of a disease, to stop it in its tracks. 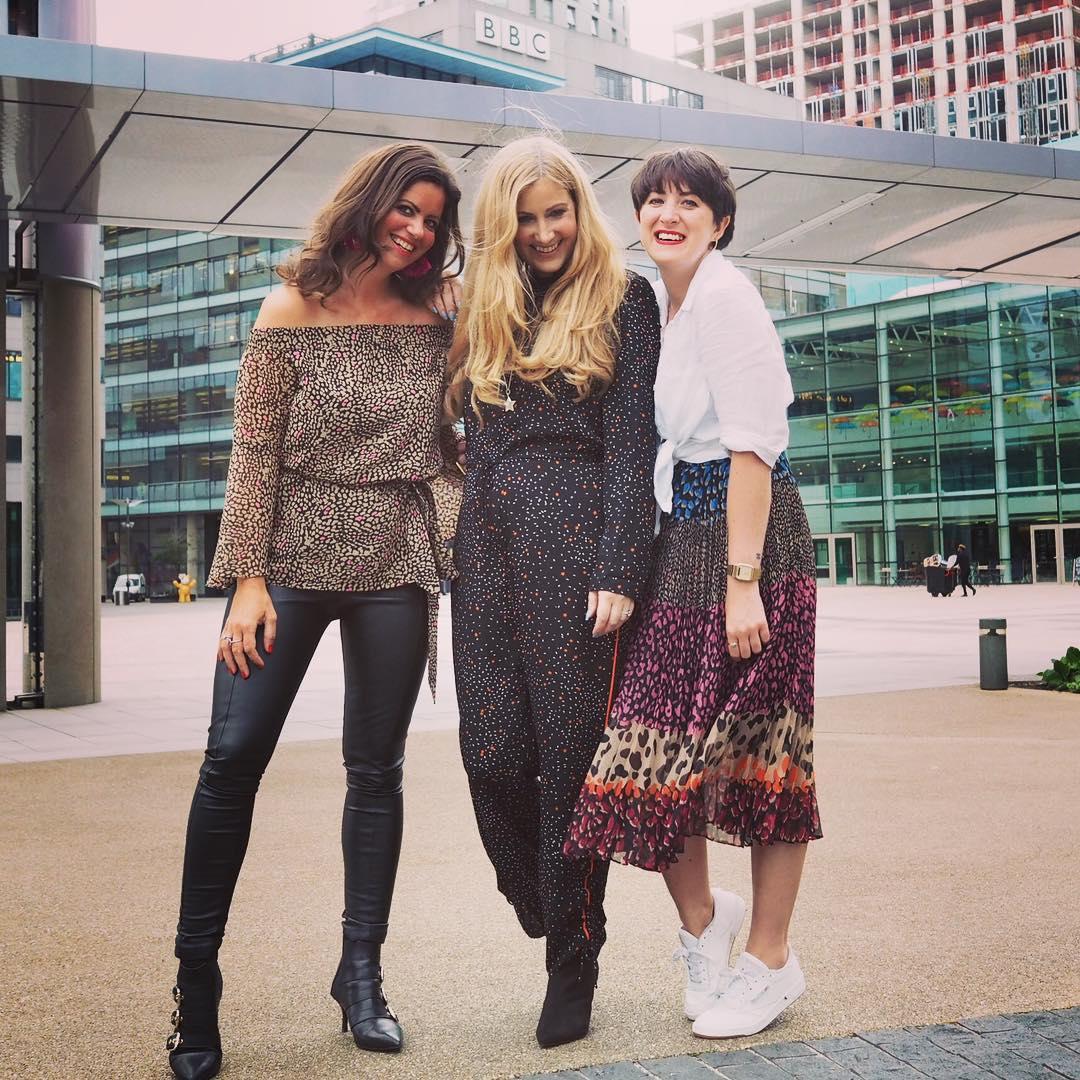 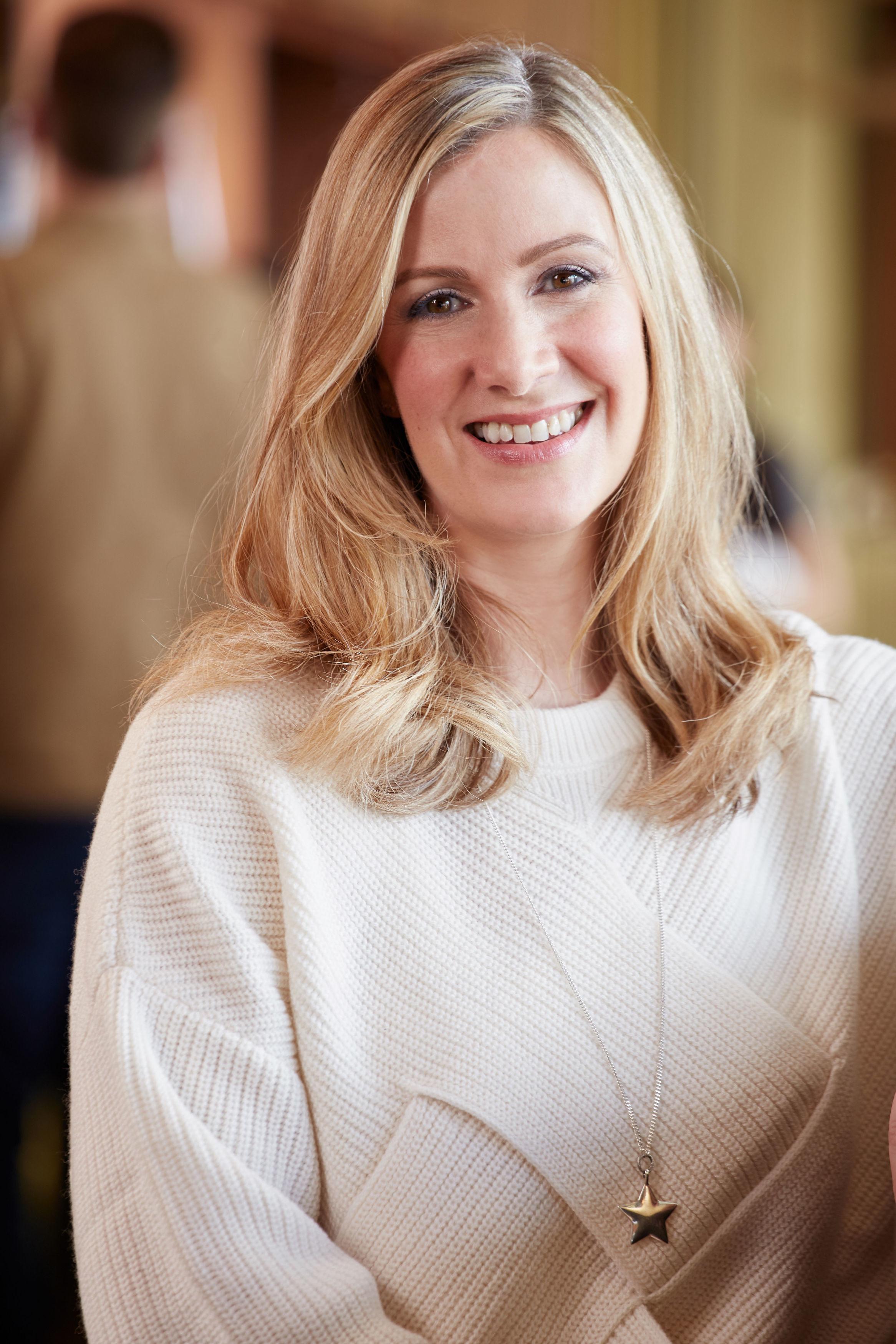 I know some people say cancer is a part of you, encouraging you to learn to work with it, understand it and love it?

Are you actually serious? I don't love my cancer and to be frank, I never will.

My friend died from a cancer that we can't yet stop.

I have stage 4 bowel cancer that will most likely see me following Rach to an early death.

And as much as my cancer is a part of me, I'd give anything to see it obliterated.

So fighting for, and having options available to me is all I want.

It's all any stage 4er wants. We want to know there is hope. 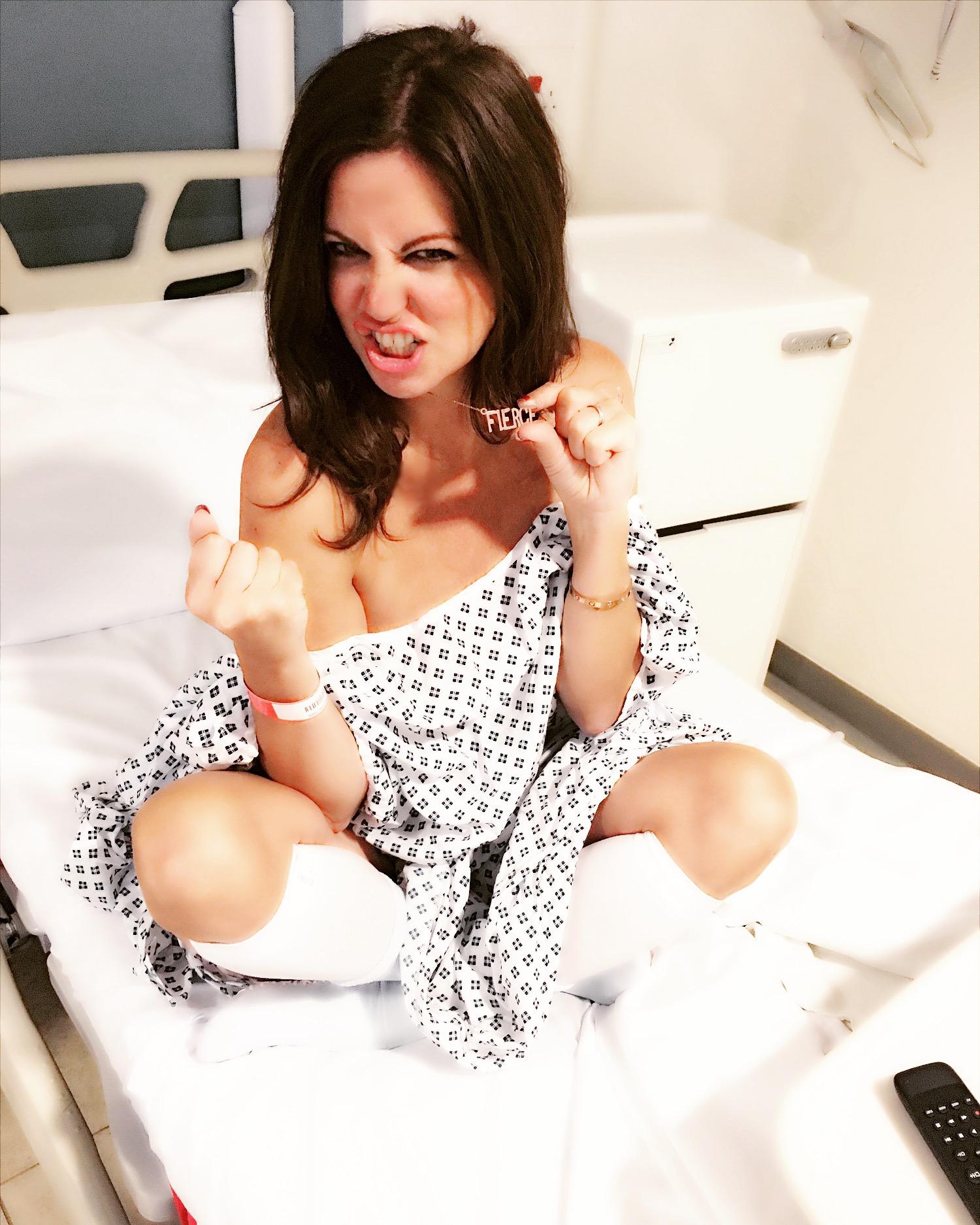 I am already a shining example of modern medicine at its best. Without research, pioneering treatments and drugs I wouldn't be here today.

But more needs to happen.

Not only to help people like myself, but to ensure that future generations don't experience this same challenge.

Yes my gloves are on, and I look ready for a fight. But don’t be fooled. This isn’t me trying to fight my own cancer…this is about uniting together, so we can beat cancer together in the labs, hospitals, and research centres

This week I have started CyberKnife treatment to try and save my life – or at least give me more time.

I'm so grateful I have this option, despite the fact I have vomited my entire stomach contents over the last 48 hours.

I know how lucky I am, because this treatment isn't freely available yet. 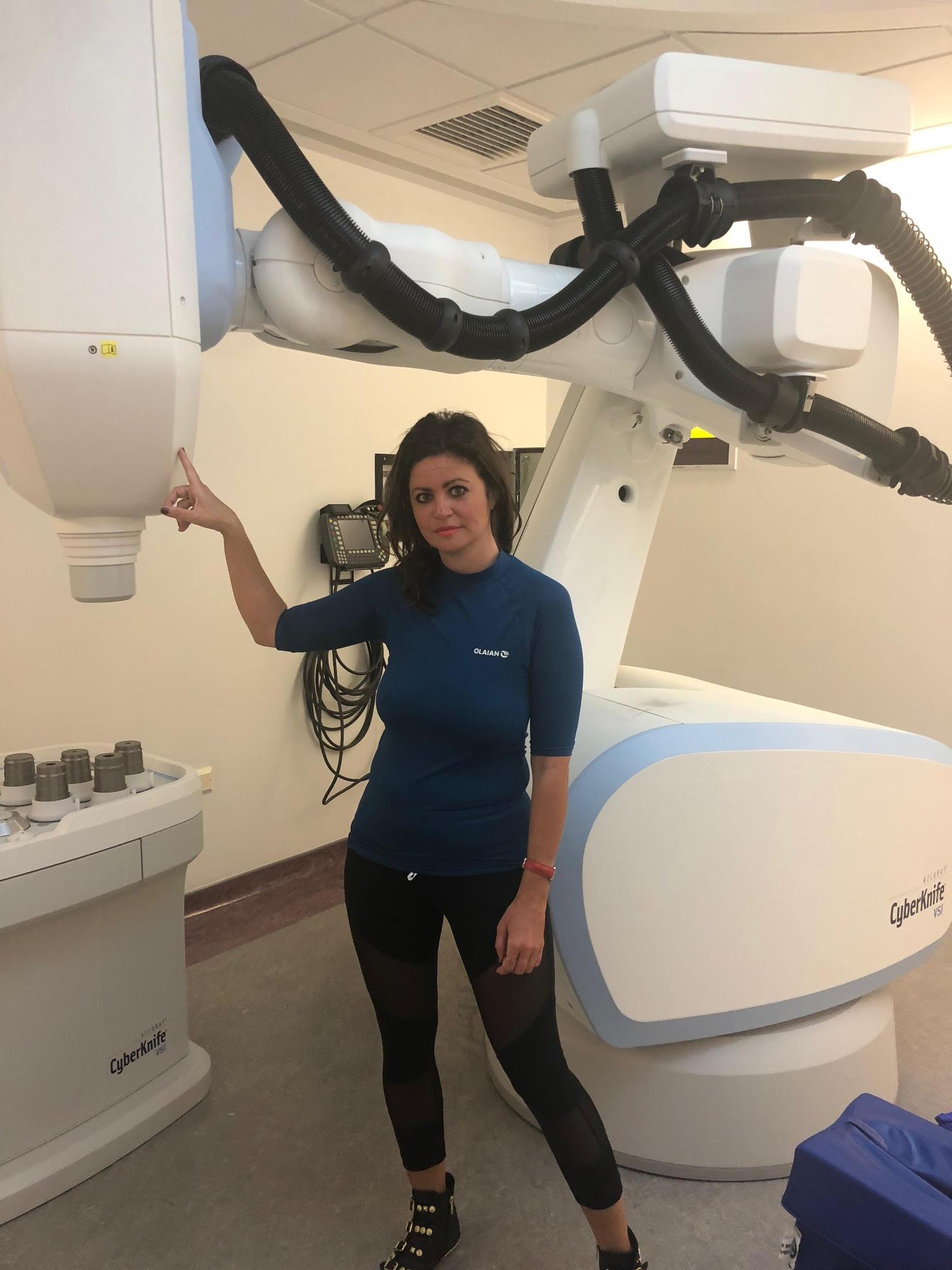 It means the robot can keep re-positioning the beam to minimise any damage to healthy tissue. It actually moves with every breath I take.

Thanks to its pinpoint accuracy, CyberKnife allows larger doses of radiotherapy to be delivered.

For the last two days I have been zapped more than 250 times.

It means that I don't have to go into hospital for as many sessions, and it hopefully means my tumours don't stand a chance.

There are only a handful of these machines around the country, and The Royal Marsden where I'm having treatment, was the first NHS trust to have one installed.

STAND UP TO CANCER

STAND Up To Cancer is an annual fundraising campaign from Cancer Research UK and Channel 4.

The aim is raise as much money as possible to fund life-saving research.

Stand Up To Cancer takes developments in the lab and accerlerates them to make tests and treatments for cancer patients who need them right now.

So far the cause has raised £38million and 100 per cent of that money has gone to fund cancer research.

This year, some of the UK's biggest stars from TV and film have joined patients including Deborah to show cancer it's payback time.

Liam Neeson, who stars in the film, said: "Everyone knows someone who's experienced cancer – either a friend or family member.

"I myself have had four relatives die from this horrible disease.

"You never want to see anyone go through it, but the reality is that one in two people will be diagnosed with cancer in our lifetime.

"By acting now, we've got a far better chance of beating this disease in the future.

"That's why we've got to keep raising money to support the research that will save lives."

It was funded by the hospital's charity supporters, who raise so much money for the trust.

The research says outcomes are really positive, but I do know it might not work.

Despite that, I also know there are thousands of people desperately trying to be granted access to have this treatment, so I count myself very lucky that I get a chance to at least try.

To ensure more people can get this treatment we need to shout louder, raise money and stand up and beat the drum.

It's not acceptable that people like Rach are dying too young.

It's tragic that while outcomes are dramatically improving, we're not there yet.

But it is encouraging that people are working on it. Clever people, who need more funding to make new treatments and saving more lives a reality.

The annual Stand Up To Cancer campaign launched this week, and I'm proud to stand up and tell cancer to do one.

Yes my gloves are on, and I look ready for a fight.

But don't be fooled. This isn't me trying to fight my own cancer – CyberKnife stands a much better chance at doing that.

No, this is about uniting together, so we can beat cancer together in the labs, hospitals, and research centres – by discovering new and better treatments.

The more people that join THAT fight, and help us raise more money for vital research, the more lives we can save.

Cancer, it's payback time – and payback is a b*tch!

Come join the BowelBabe Facebook community. I’d love to hear from you about #thethingscancermademesay.

Tell me your journey, show off your scars, share what keeps you smiling, or how you are giving two fat fingers to cancer (or anything else for that matter!)