Maybe you weren’t the person who wanted to be a princess growing up or maybe you were, but regardless of which side of the princess aisle you feel on, it’s basically impossible not to be in love with Cardi B’s March 2019 Harper’s Bazaar cover where she basically looks like the perfect fairy tale princess. From Rapunzel to Cinderella, the rapper is embodying all of your favorite princess in her cover story for the magazine, and it’s going to have fans starting a petition ASAP to make Cardi an official member of the Disney princess gang.

On Thursday, Cardi B’s Harper’s Bazaar cover dropped just in time for her trip to the Grammy Awards on Sunday where she’s both nominated and performing. In the cover, Cardi is channeling her inner Rapunzel, but let’s be clear, she certainly doesn’t need anyone to save her.

In the cover image, Cardi is rocking what could just be the world’s longest ponytail, and this is after Ariana Grande’s mega-pony in the "7 Rings" music video. The rapper’s hair spills over her shoulder and out of the window of a stone tower covered in ivy. Cardi B sits on the ledge looking out over her kingdom (or what is probably her kingdom) in a flowing white dress with jeweled details along the bust. Basically, she looks like an IRL Disney princess. 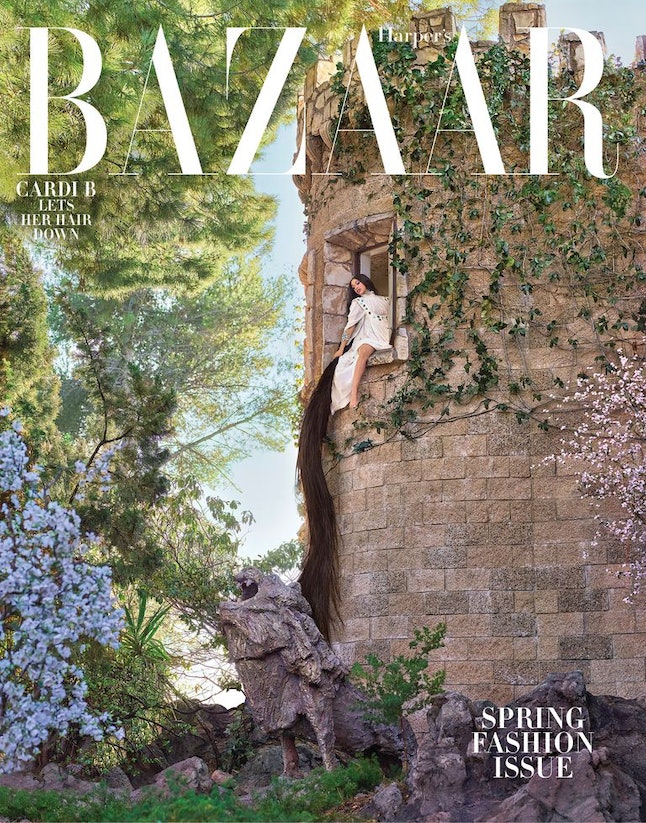 Of course, Cardi B’s Rapunzel moment isn’t the only fairy tale princess that she embodies for the magazine. Inside Harper’s Bazaar, Cardi also appears as Cinderella wearing a gorgeous Vera Wang red ball gown with a plunging neckline, and of course, she missing a shoe. Let’s just hope it’s not a red bottom because that would be a true loss. In another image, she’s riding an actual white horse and wearing a gorgeous ruffled Dolce and Gabbana gown, presumably because she’s her own knight in shining armor. In fact, she even posted the photo to her Instagram account and thanked the team at the magazine for choosing her. You can see all the images on the Harper’s Bazaar website. 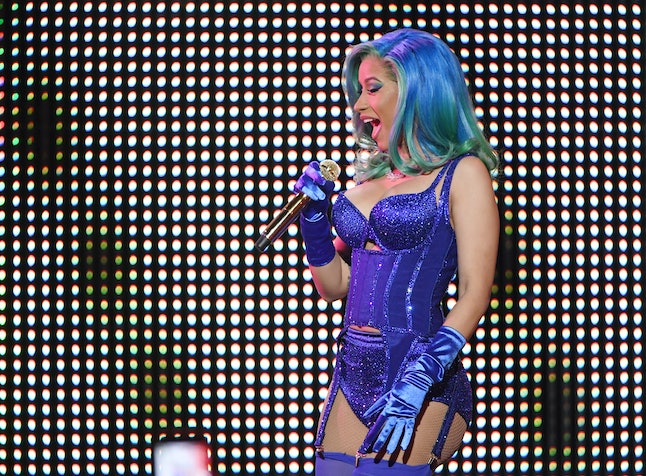 While Cardi graciously thanked the magazine for the cover, it’s honestly not a surprise at all that she’s now a cover star for the glossy. She’s already had a pretty exciting 2019. Not only did she officially become a member of the Pepsi Super Bowl commercial club joining the ranks of other artists like Beyonce, Britney Spears, and Pink (remember that epic gladiator-themed ad?).

Plus, she’s got a major gig coming up in just three days. Cardi will not simply be attending the Grammy Awards (though she is nominated for a whopping four total trophies and for her collaboration with Maroon 5), but she’s also set to take the stage for the second time in a row. Last year, she joined Bruno Mars to perform their hit "Finesse," but this time it’s all about Cardi. 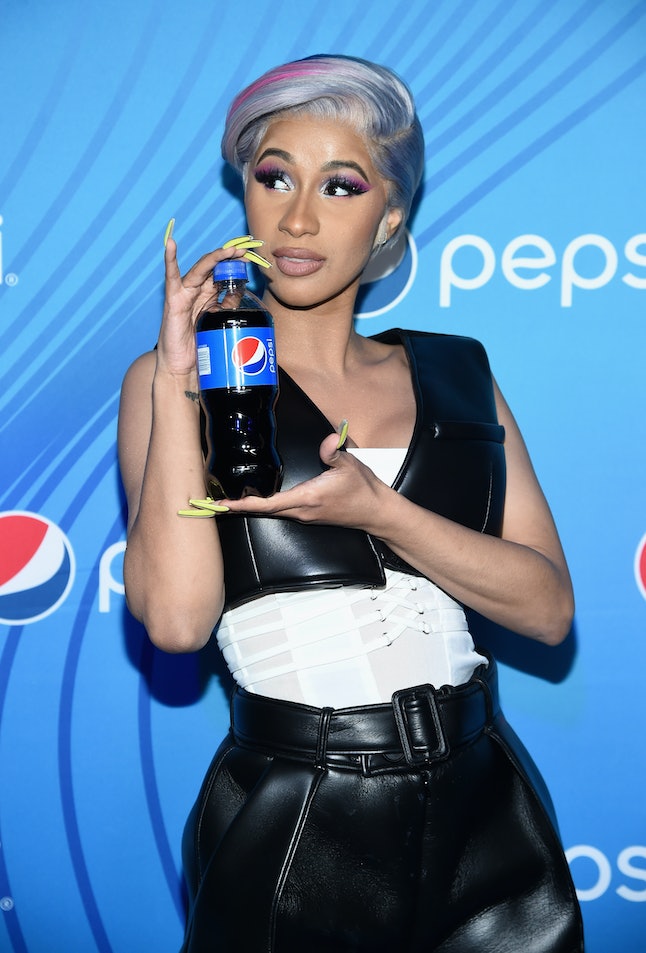 If there’s anyone who can embody a Disney princess that doesn’t need saving, it’s Cardi B, and on her Harper’s Bazaar cover, she looks great saving herself.