The Hollywood actress, 49, dazzled in the Givenchy tiered dress that appeared to fade into the red carpet as she arrived at the premiere of upcoming crime comedy, BlacKkKlansman. 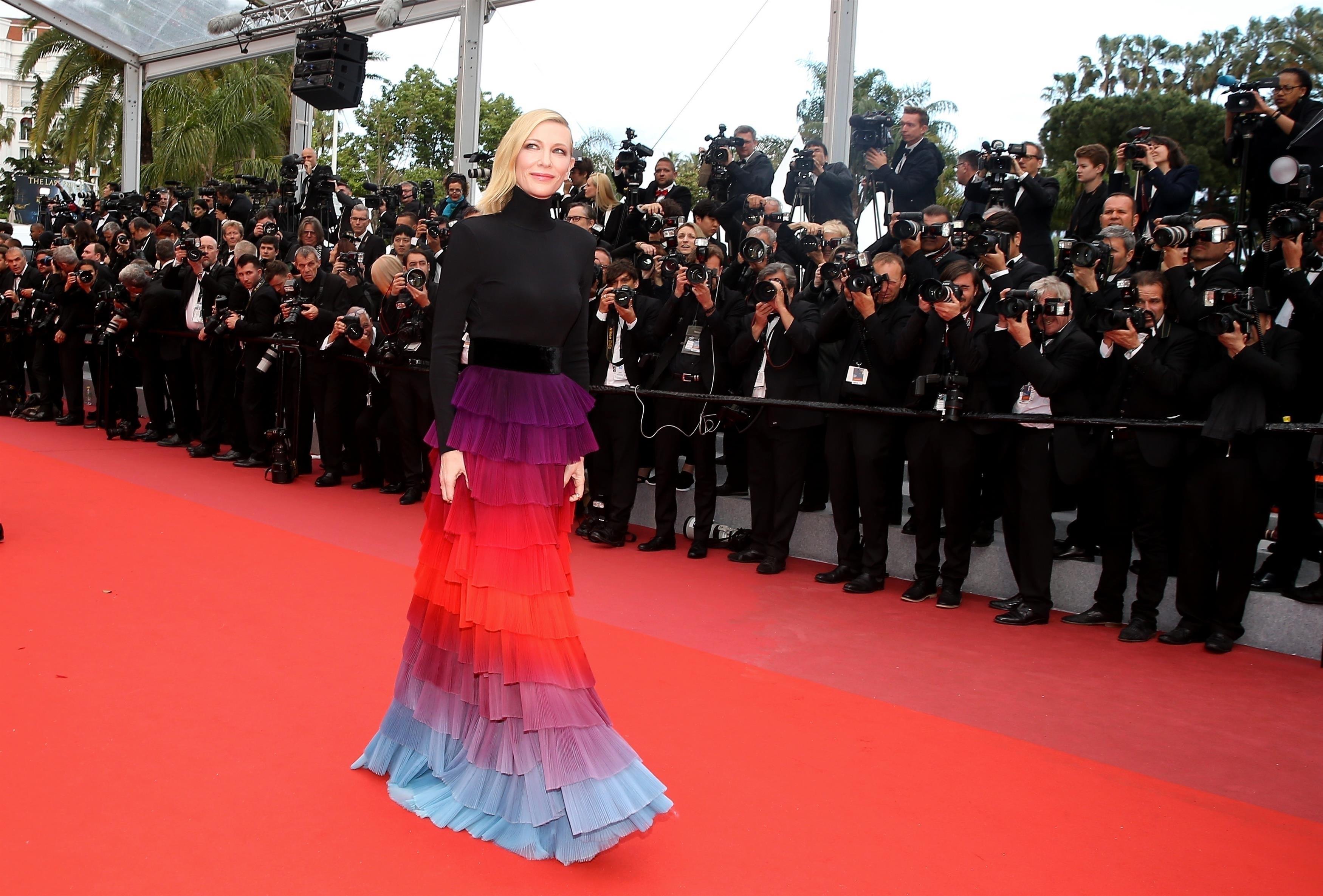 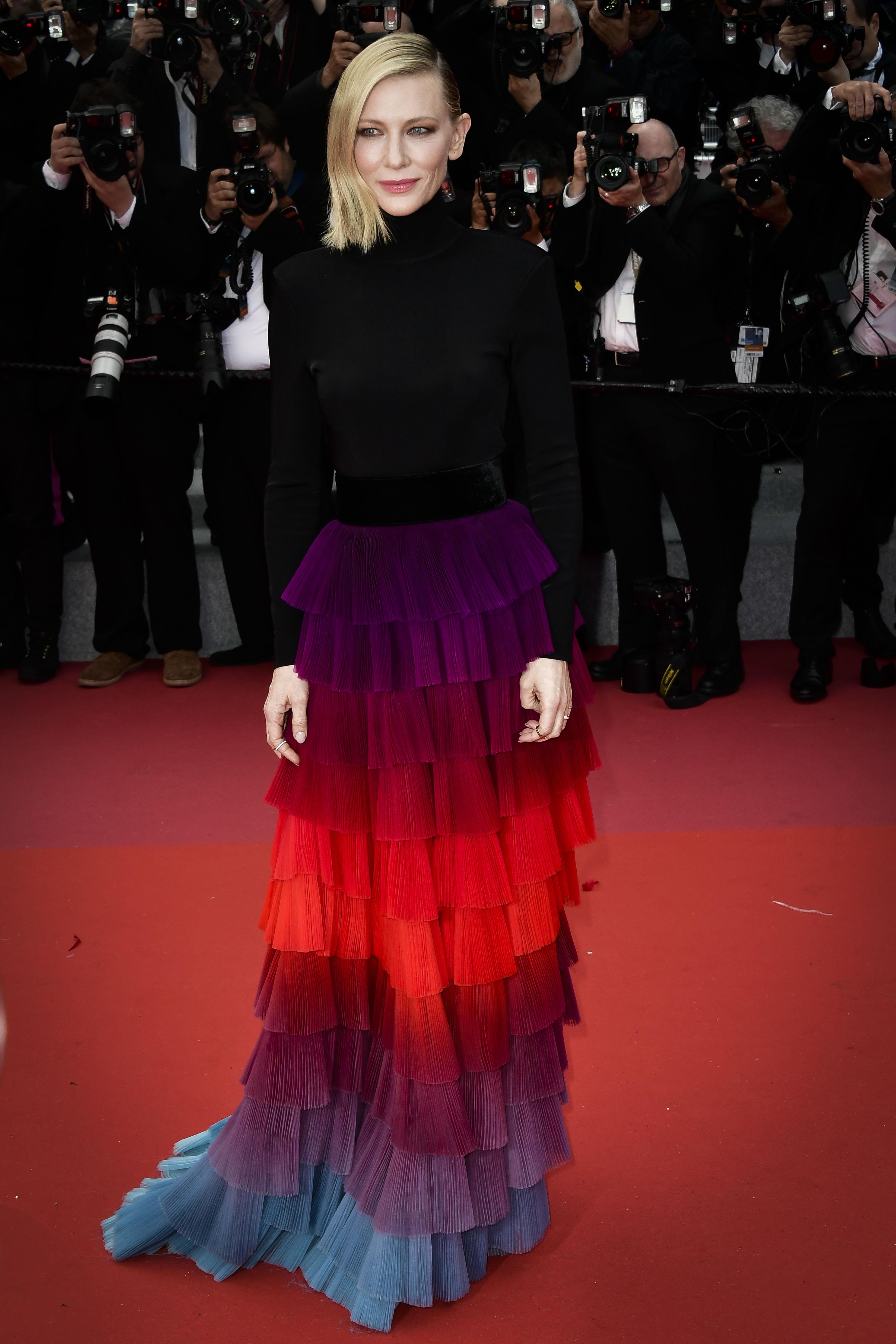 Cate, a jury member of this year’s film festival, paired the ombre maxi skirt with a demure black polo neck top that had a cut-out at the back.

Onlookers had to do a double take as the red detailing on Cate's skirt appeared to fade into the famous red carpet.

The statement skirt started as a deep purple before fading into the exact shade of the red carpet and finishing as a light teal blue. 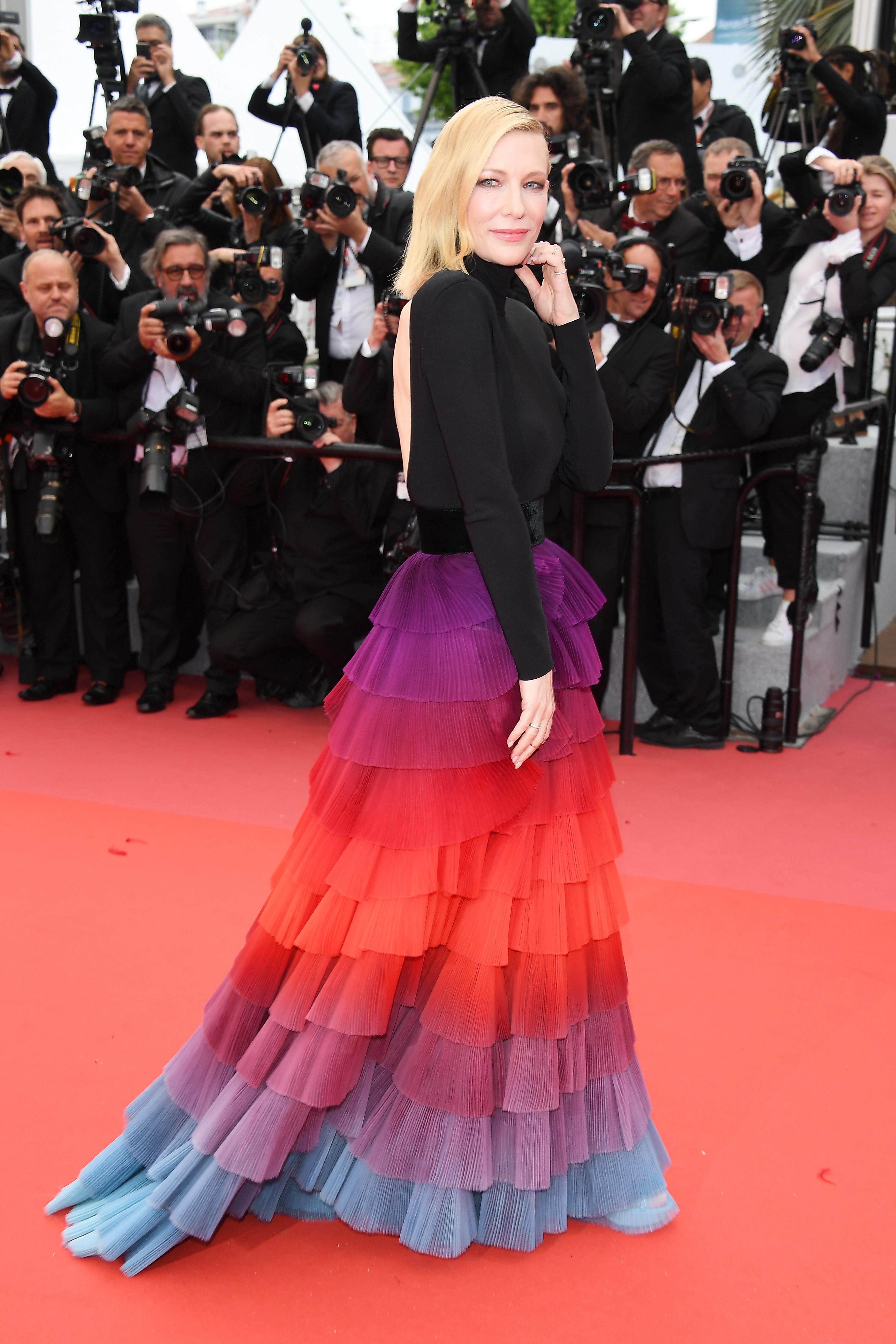 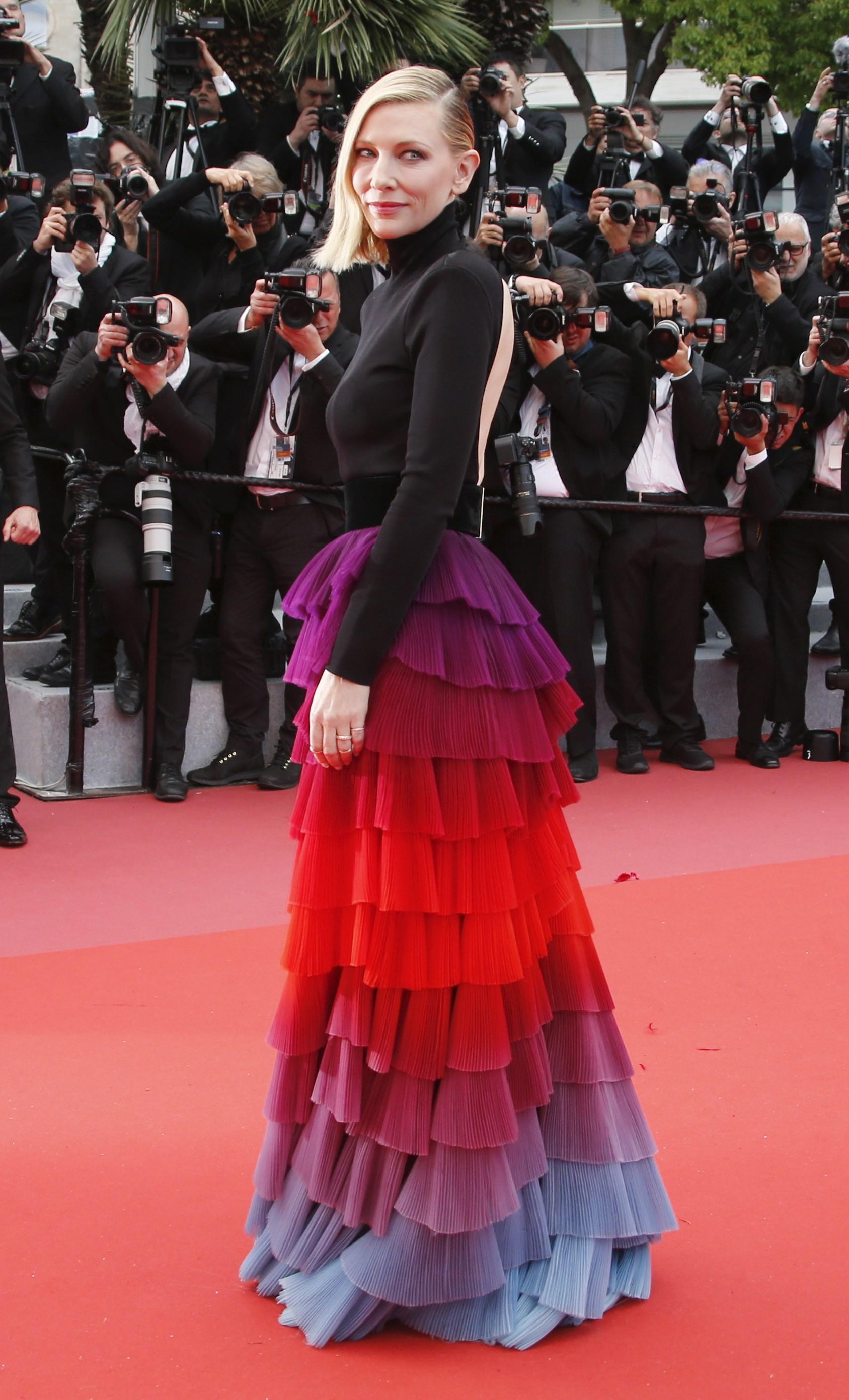 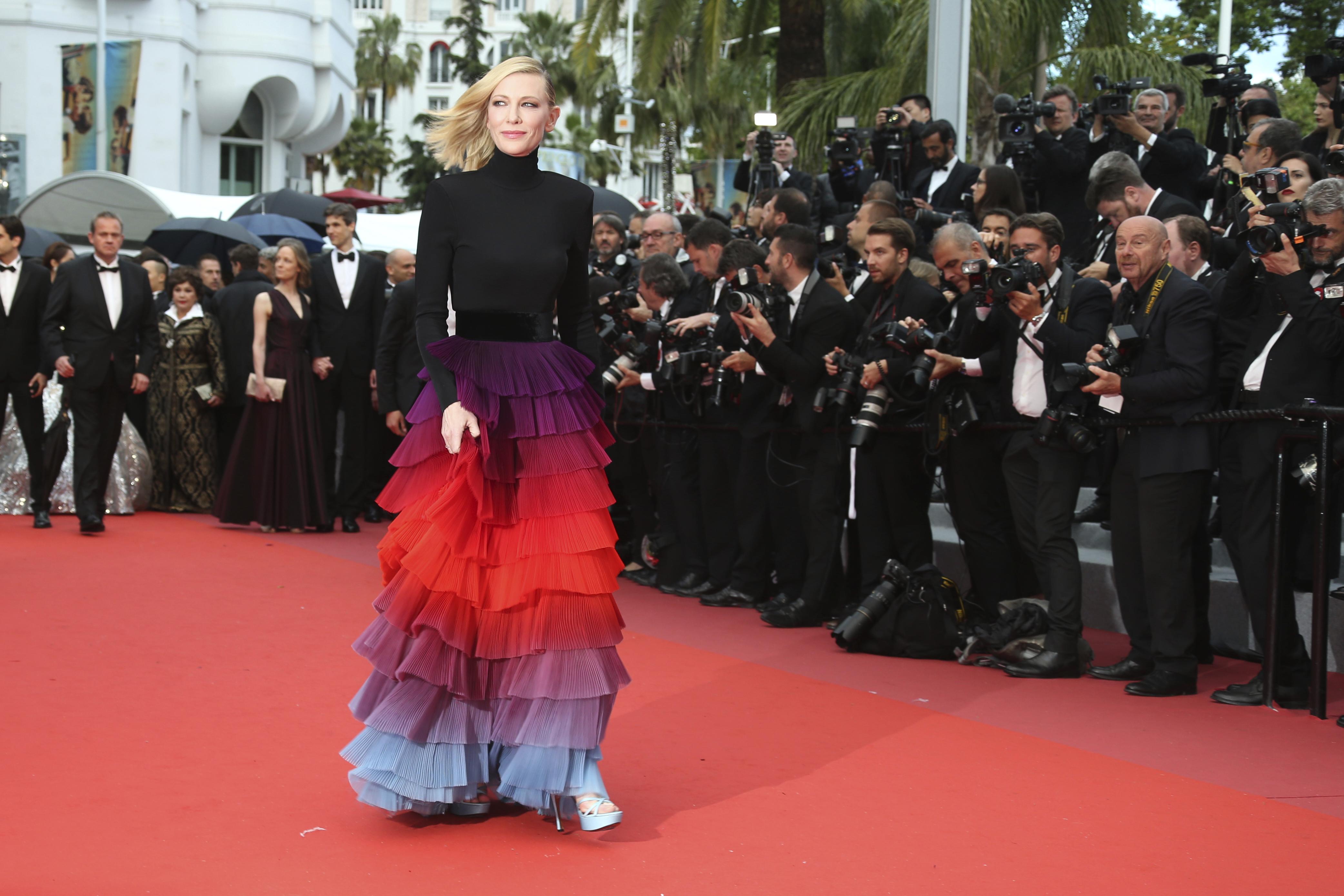 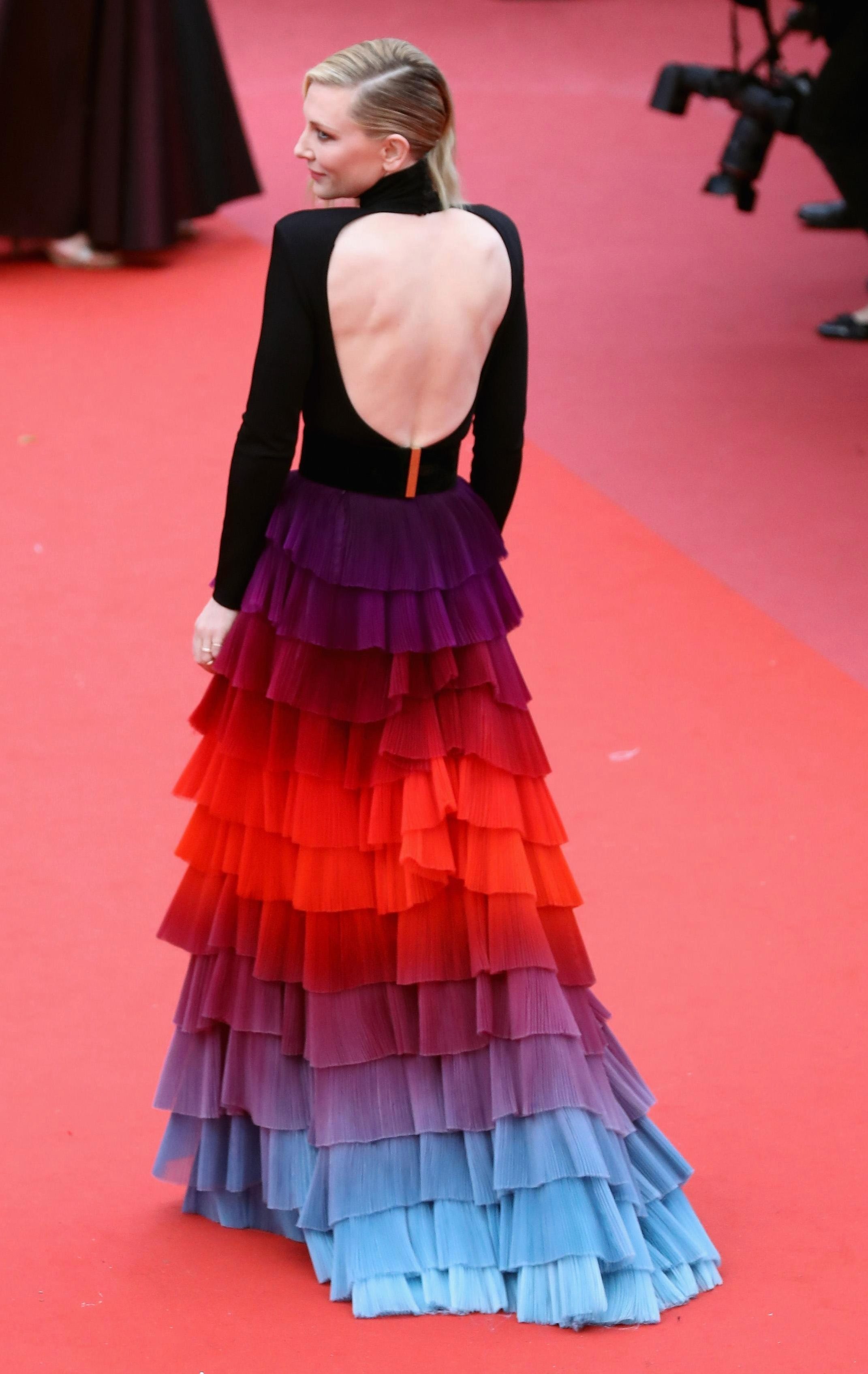 BlacKkKlansman is the latest film from director Spike Lee and follows an African-American police officer who tries to infiltrate the Ku Klux Klan.

Earlier this week, Cate donned a black dress to support the Times Up movement in Cannes.

Meanwhile, this is how to brighten up your wardrobe with Crayola colours.

And, who is designing Meghan Markle's wedding dress? Here are all the potential designers.