Couple advertise for £39,000-a-year nanny who can make their daughter, eight, a YouTube star – The Sun

A COUPLE are looking to hire a nanny for their eight-year-old daughter who can turn her into a YouTube star within two years.

The parents of the tech-savvy girl are advertising for a nanny who can help guide her on the path to social media fame. 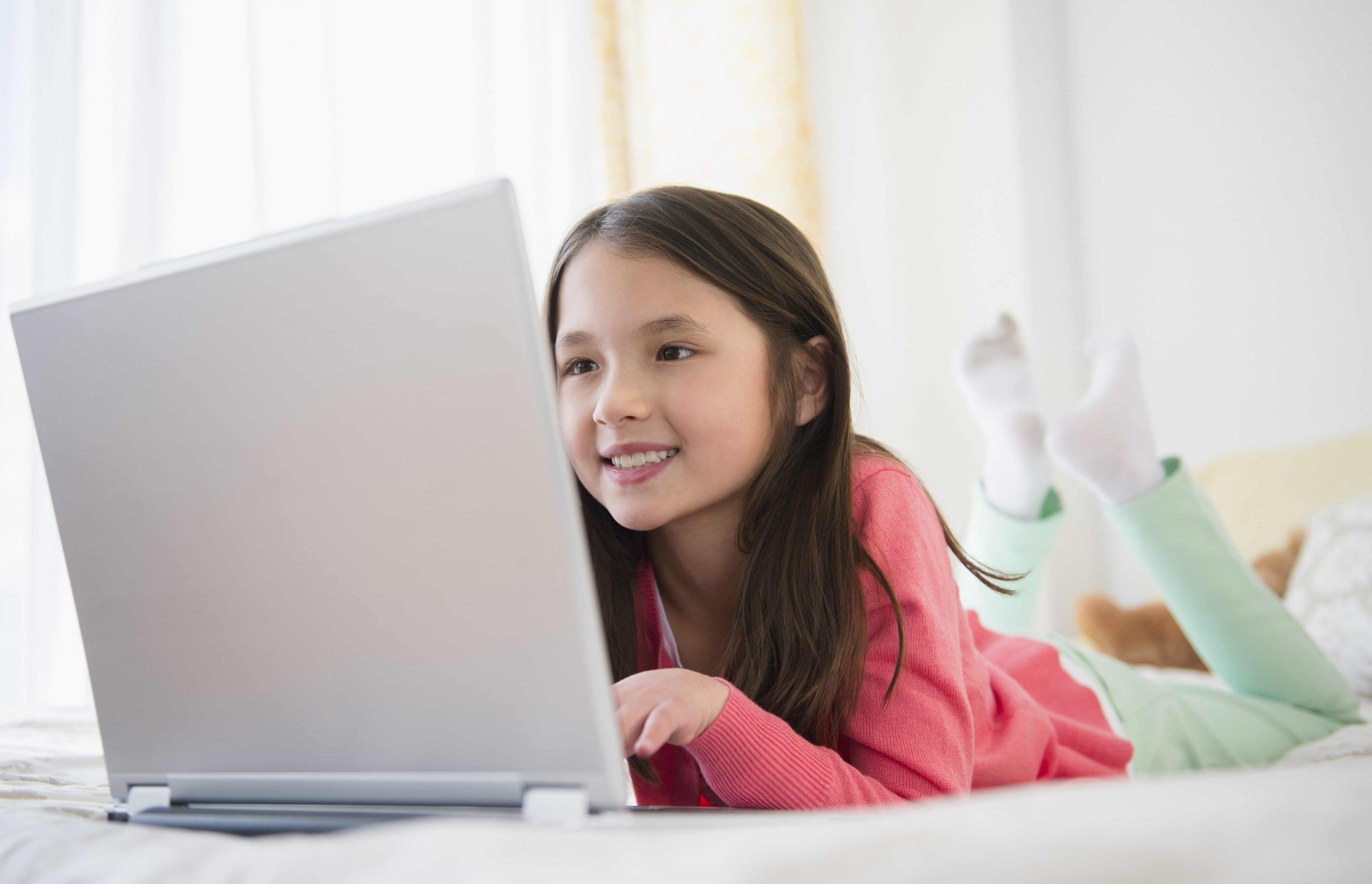 The lawyer and IT director, from east London, are willing to pay £39,000-a-year to the right person, who will ideally already have a ‘good digital portfolio’ or a ‘successful social media account’.

The mum and dad says in the ad that while they support their daughter, they have “no idea” how to help her with her vlogging.

The ad says: “Our 8 year old daughter is absolutely obsessed with becoming a YouTube star but neither me nor my husband have any idea on how to help her out.

“We’re looking for a nanny anyway to help support us with our busy lifestyles, so thought perhaps we could find someone who can assist her with her channel seeing as they’ll be with her for a significant amount of time in the week.” 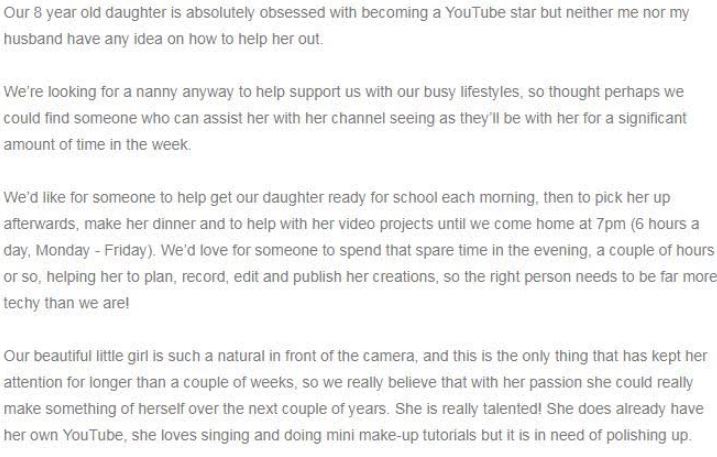 The nanny is required to help her film, edit and publish videos, confirming the youngster already has a successful YouTube account where she sings and does make-up tutorials.

Despite being passionate about the videos, her mum says they’re “in need of polishing up”.

Posted on childcare.co.uk, the couple revealed making videos is the only hobby which has kept their her interest.

They said: “Our beautiful little girl is such a natural in front of the camera, and this is the only thing that has kept her attention for longer than a couple of weeks, so we really believe that with her passion she could really make something of herself over the next couple of years.

“She is really talented! She does already have her own YouTube, she loves singing and doing mini make-up tutorials but it is in need of polishing up.”

Alongside the social media element, the nanny will need to work a 30-hour week, helping the girl get ready for school, picking her up and giving her dinner before the parents are home at 7pm.

Richard Conway, founder of childcare.co.uk, said: “In our modern world where you can find a YouTube video for just about anything, it’s no wonder the kids of today find content creation an attractive hobby or even career choice.

“Technology is such a big part of life and, if I’m perfectly honest, I’m surprised we haven’t had a similar request before now. 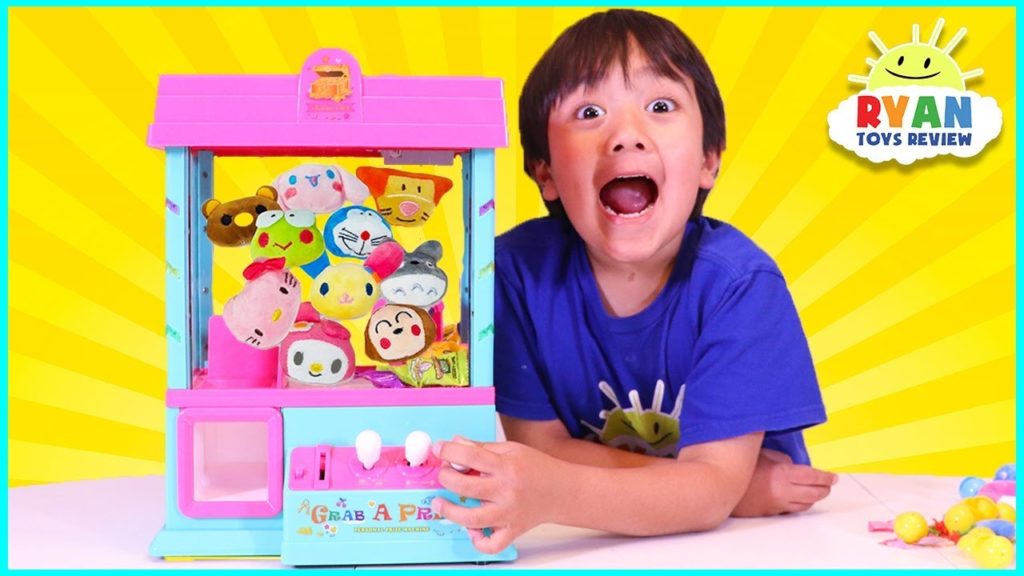 “Even if people don’t agree with this, it shows the parents’ dedication to helping their daughter’s dream come true, and if it doesn’t work out, at least the child is learning some pretty invaluable digital skills.”

Despite the ad being for an eight-year-old, YouTube has a minimum age requirement of 13, but youngster often use their parents’ account.

That is how seven-year-old YouTuber Ryan, of Ryan ToysReview, managed to build up a successful following of 21 million subscribers.

Ryan, from California, uses his parents’ account and now makes £18 million a year.

Meanwhile this mum has been hailed a ‘genius’ for making her kids apply for jobs to earn pocket money.

And this woman quit my job after a chance encounter with a stranger on a train and is now set to turn over £1m with YouTube campaigns.

Plus these YouTubers were accused of ‘child abuse’ after ‘punishing’ daughter, 2, with a cold shower.