NO matter your age, your bedroom is your own little sanctuary, so when it comes to sprucing it up, you want to get involved.

Which is probably why one young lad was less than impressed when he saw his new bedroom after his dad got to work on decorating it without him. 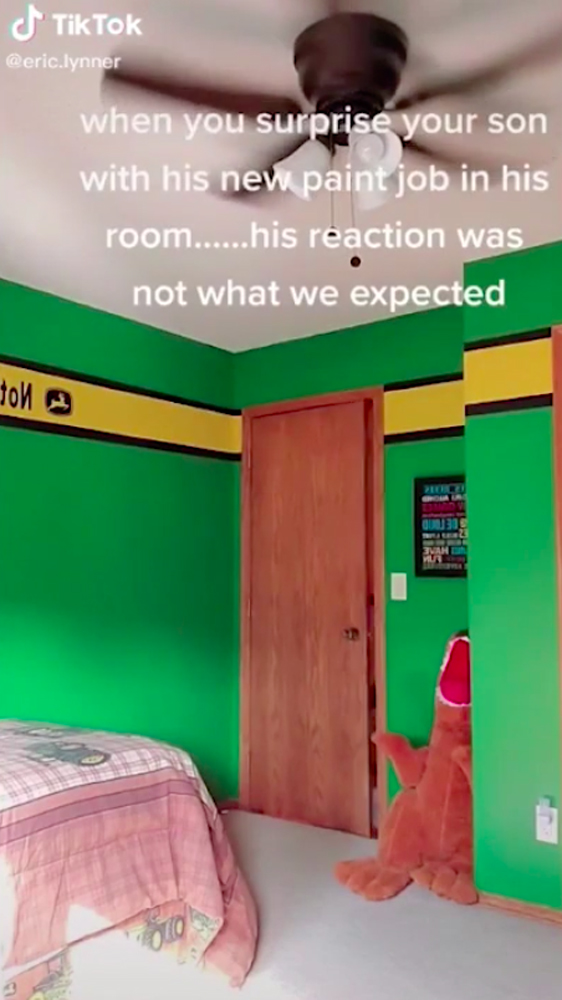 The doting dad wanted to surprise his young son with a bedroom makeover and decided to hide in the room to film his reaction.

But rather than the excitement he was expecting, he was met with a rather blunt response.

Amused by his son's reaction, the bloke shared the clip on TikTok which has since racked up millions of views.

The clip was captioned: "When you surprise your son with his new paint job in his room… his reaction was not what we expected." 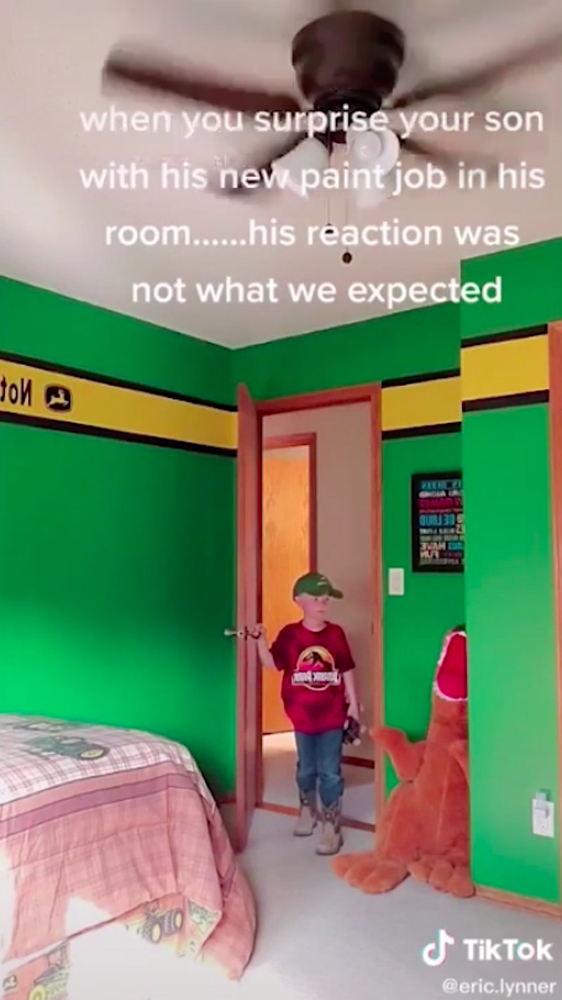 In the video, the dad waits inside with the bedroom with the door closed, waiting to reveal his handiwork.

As his son opens the door and catches a glimpse of is new brightly decorated room, he pauses before throwing a toy onto his bed – clearly upset.

But it's not the new look that appeared to have bothered him, with the lad saying: "Well that was rude. You painted without me."

Viewers were left in hysterics by the boy's reaction, but assumed he was upset with the colours his dad picked out. 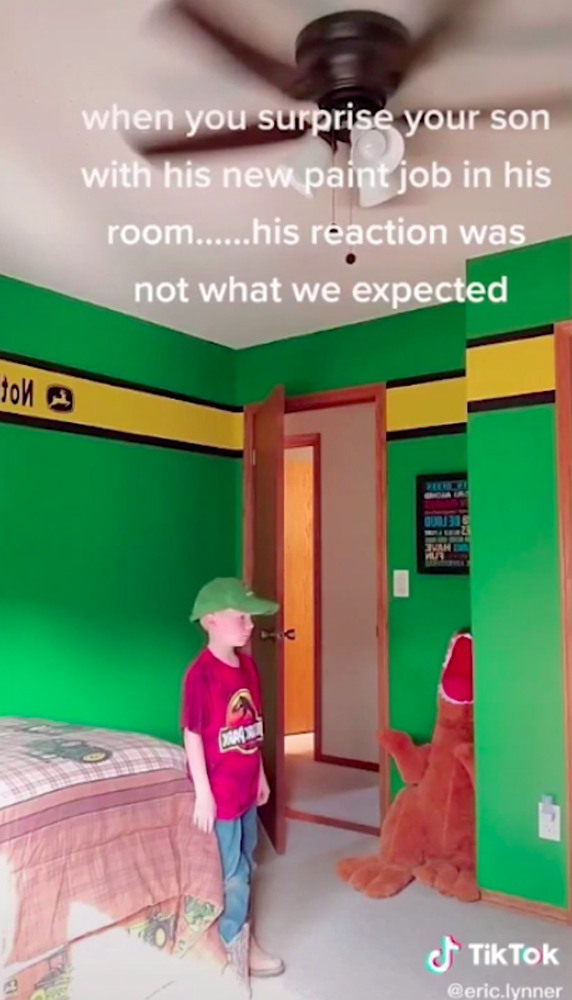 The lad's dad later clarified that his son had picked the colours and design himself, but was simply upset because he didn't get to help.

After a first "initial meltdown", the man said he was happy with his new room and his sweet response gained more than 5k comments.

One replied: "I was expecting him not to like it and he's more bummed because he wanted to help awwww."

A second wrote: "The way his voice broke when he said 'you painted without me'."

Another commented: "The fact that he would rather help out than be surprised is so heartwarming. You've raised a gem."

While a fourth added: "Ya'll better go paint another room with him."

In other parenting related news, a mum discovers nine-year-old son’s genius hairdryer hack for when the microwave breaks… and he uses it for toast too.

Plus this mum-of-four sparks fierce debate with her kids’ MASSIVE lunch boxes with some claiming there’s way too much food.

And parents are swearing by the ‘rule of four’ to stop their kids being spoilt over Christmas.