A HEARTBROKEN mum-of-three has dubbed her late husband "a hero" after he saved the lives of FIVE people by donating his organs.

Jonathan Ashdown, 27, was able to donate his heart, pancreas, kidney and his liver, that was split in two, after he passed away from a bleed on the brain in September. 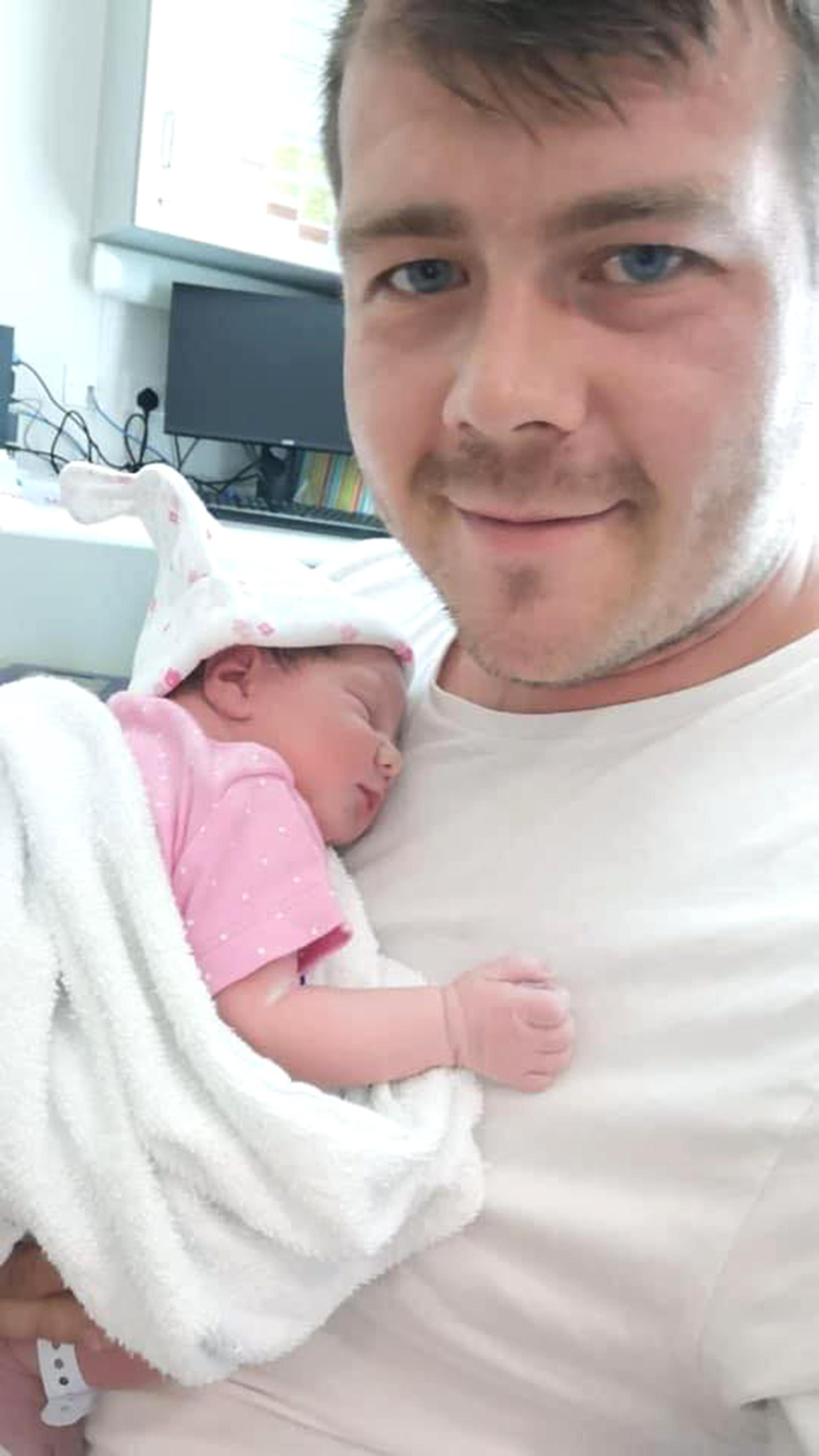 And his brave wife Gemma, 34, has now shared the letter that explained where his organs went to give Jonathan the recognition he deserves and to help raise awareness for the importance of donating organs.

Gemma, a homemaker from Tonbridge in Kent, said: "I decided to share the letter I received from the donor family care service, as I wanted Jono, as I called him, to get the recognition he deserved.

"The day I shared it yesterday, October 15, would have been his 28th birthday, and I needed the world to know.

"He was my amazing hero, a hero to our three children, Emily-Jasmine, eight, Oscar-John, 17 months, Willow, now 14 weeks, but he wasn't just our hero.

"He's saved five other people after his death, with the potential to save more, as his skin and other tissue have been saved for future use." 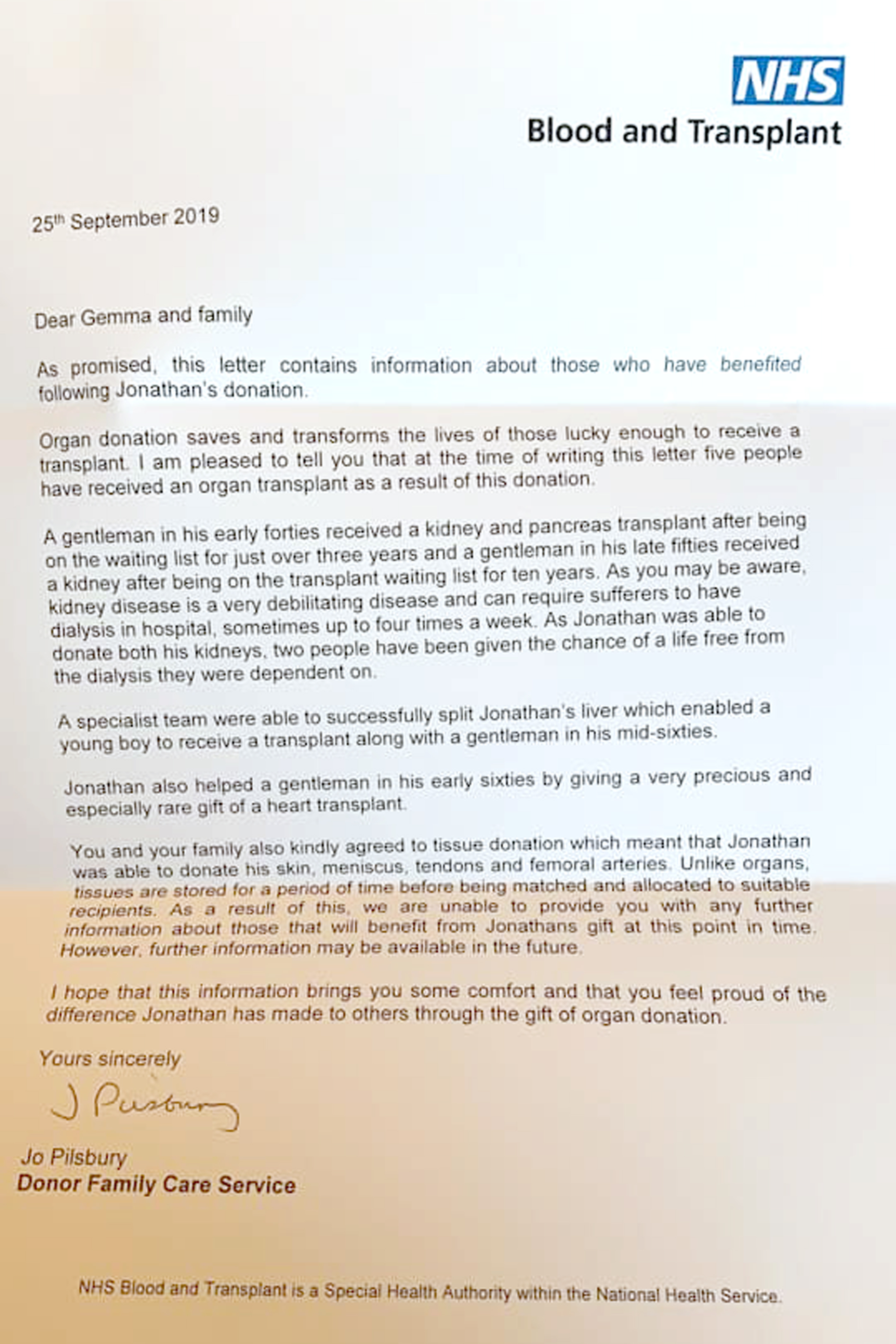 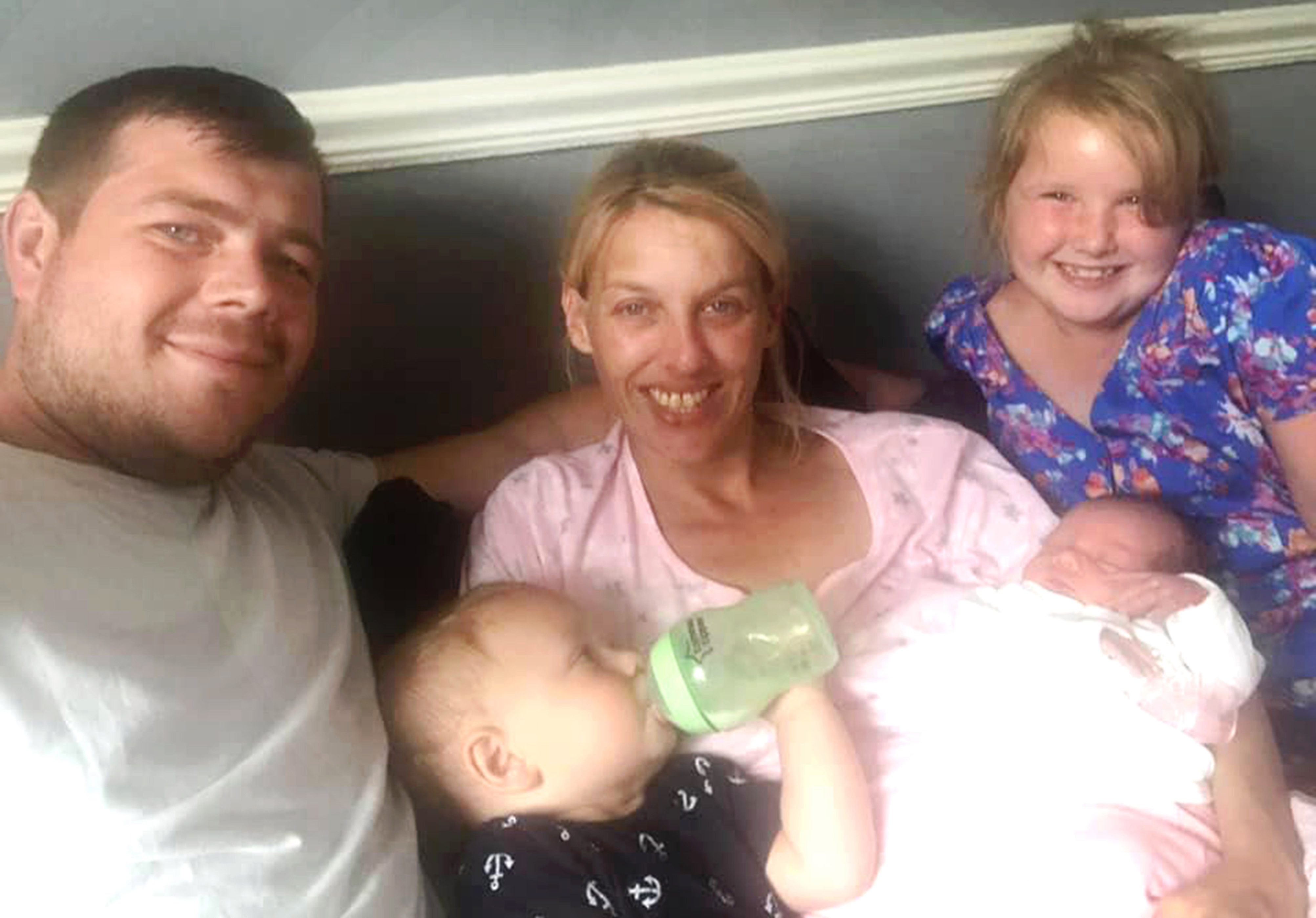 Jonathan suffered a brain Arteriovenous Malformation [AVM] – which caused a bleed due a tangle of blood vessels.

And the dad-of-three, who was also a keen rugby player, passed away suddenly six weeks ago – having just welcomed his newborn daughter Willow, who was only eight-weeks-old.

Following his death, Gemma made the decision to allow organ donation, as Jonathan's organs were all healthy.

A young boy and a man in his sixties both have parts of Jonathan's liver, while one man's ten year wait for a kidney transplant was brought to an end as both of Jono's kidneys were donated, along with his pancreas and a layer of his skin. 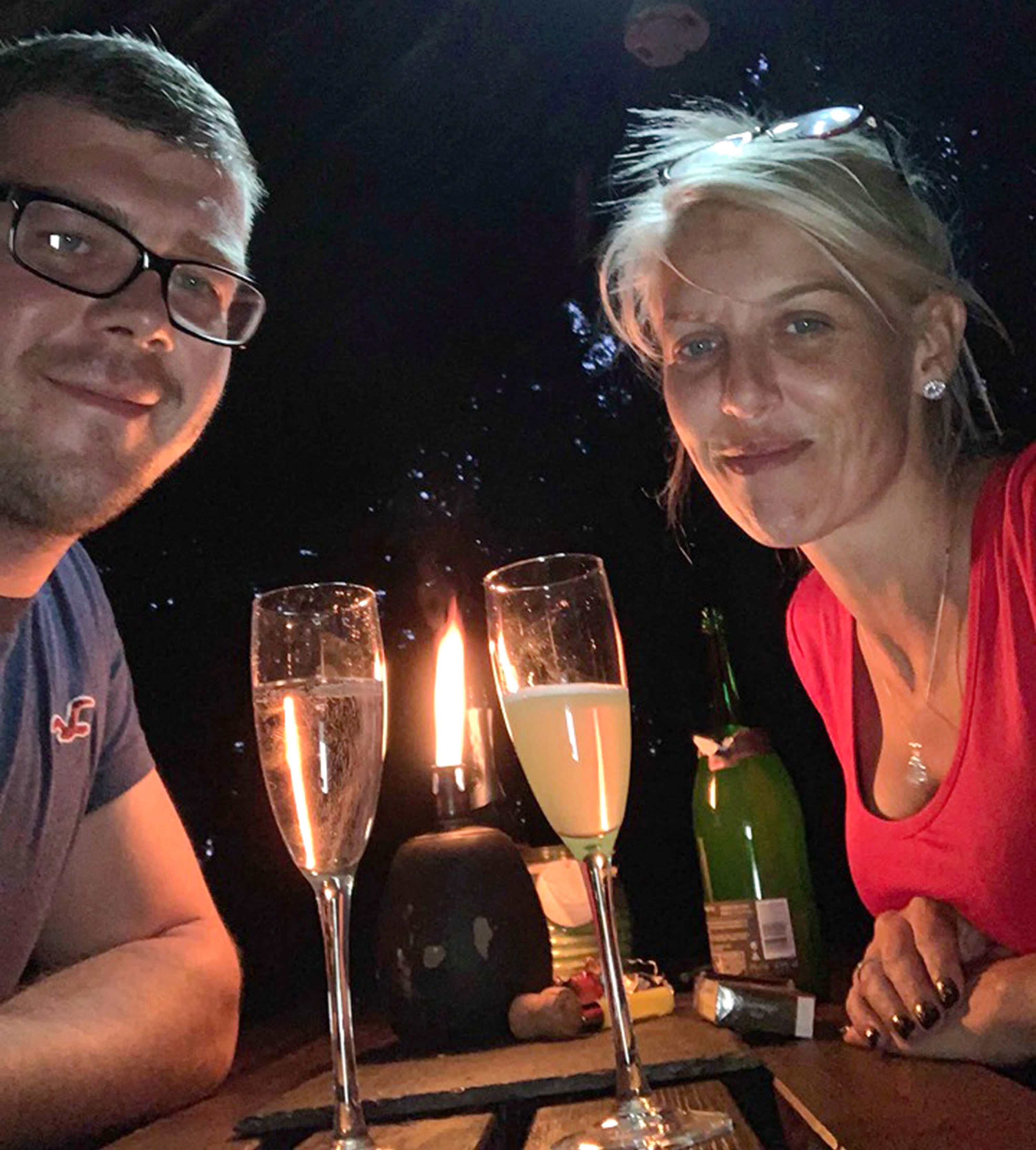 She said: "When organ donation was mentioned to me, I had to sit in the chapel for a while and really think.

"Jono had fallen ill with the AVM back in July after suffering from extreme migraines but we were waiting for treatment in hospital when he died.

"He was Jono to me, and my entire life had changed in the blink of an eye – I was distraught.

"But I got goosebumps when I thought – one of his kids, who might not be able to remember his heart beat might now have the chance to hear it again."

I got goosebumps when I thought – one of his kids, who might not be able to remember his heart beat might now have the chance to hear it again

Gemma is hoping to one day be put in contact those who have received his organs, in order to tell them more about Jonathan.

She added: "I want to know them about him, and know their stories.

"Jono would have been so grateful that he could do that, and I want them to know how great he was.

"I remember shaking when I received the letter in the post.

"They'd made hand prints of his hands and given me locks of his hair so I could make memory boxes for our children.

How do you register to be an organ donor?

To register, fill in a quick form on the NHS website, which takes around two minutes to complete.

The form lets you select to donate all of your organs or tissue, or some of them, which you can select from a list.

Tell your friends or family about your decision, as they will be consulted after you die to make sure you hadn’t changed your mind.

Max and Keira's Law is the new organ donor system which will be rolled out in spring next year.

The new rules will mean that everyone over 18 will be expected to donate their organs for transplant when they die, unless they actively register their wish not to.

The legislation is named after Max Johnson and Keira Ball.

When Keira, 9, was fatally injured in a car crash, her heart was donated to save the life of Max, also 9, who would have otherwise died from heart failure. 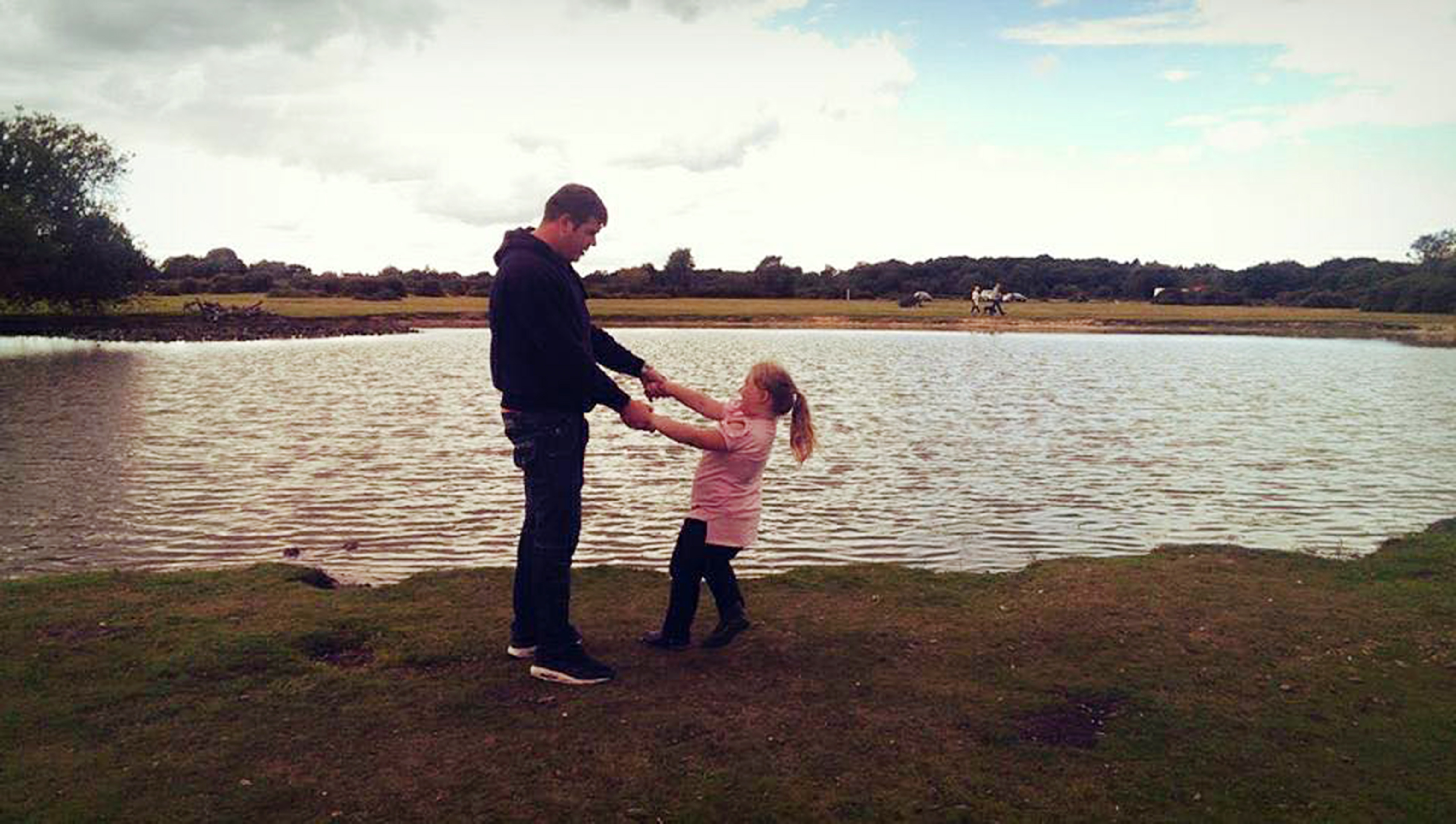 "I've had stick from people online since sharing the post, saying that Jonathan wasn't intact because I let organ donation happen but I know that people lived because of my husband.

"He would've helped anyone out in their time of need and now his memory will live on.

"Our children might able to meet someone who their dad saved."

Gemma is now urging others to also donate their partner's organs if they are faced by the same heart-wrenching situation. 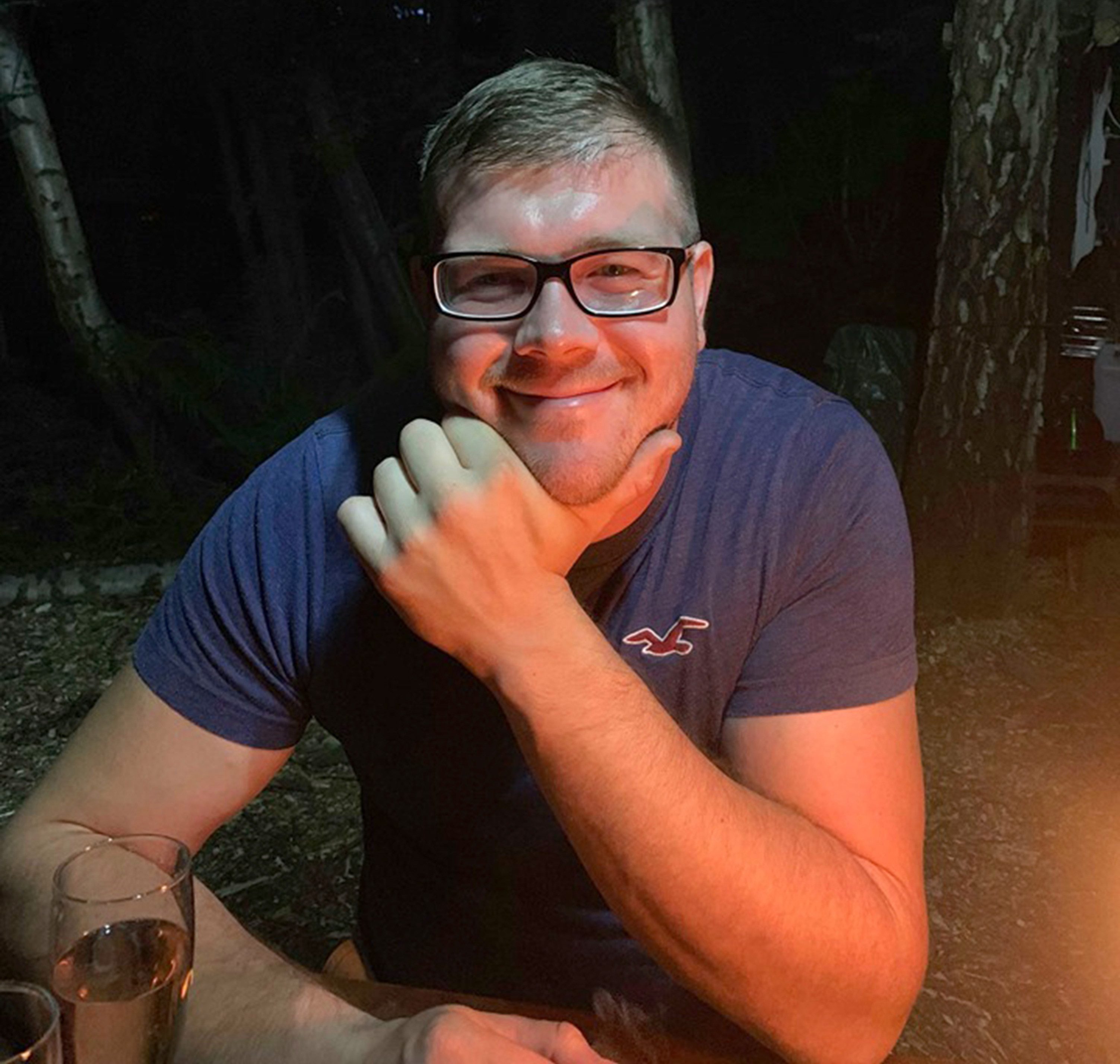 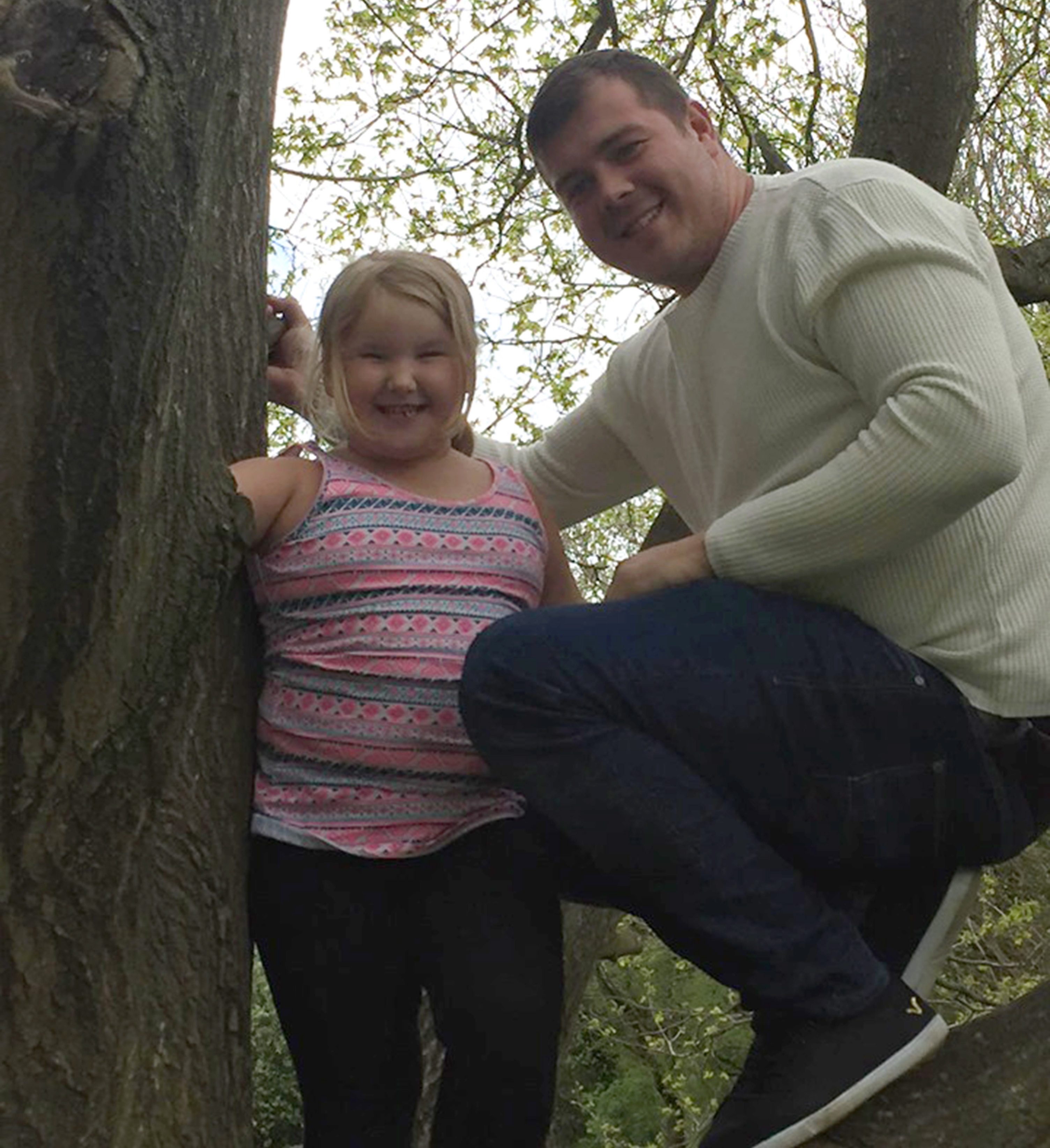 She said: "I'd want to say to someone who might end up in my situation, don't be selfish, but I get it.

"Your head is all over the place, and it's such a hard decision to make.

"My life changed in the blink of an eye, and I'm now a widow.

"But I just had to think of my children.

"If something was wrong with my family, I'd want them to be able to receive donations. 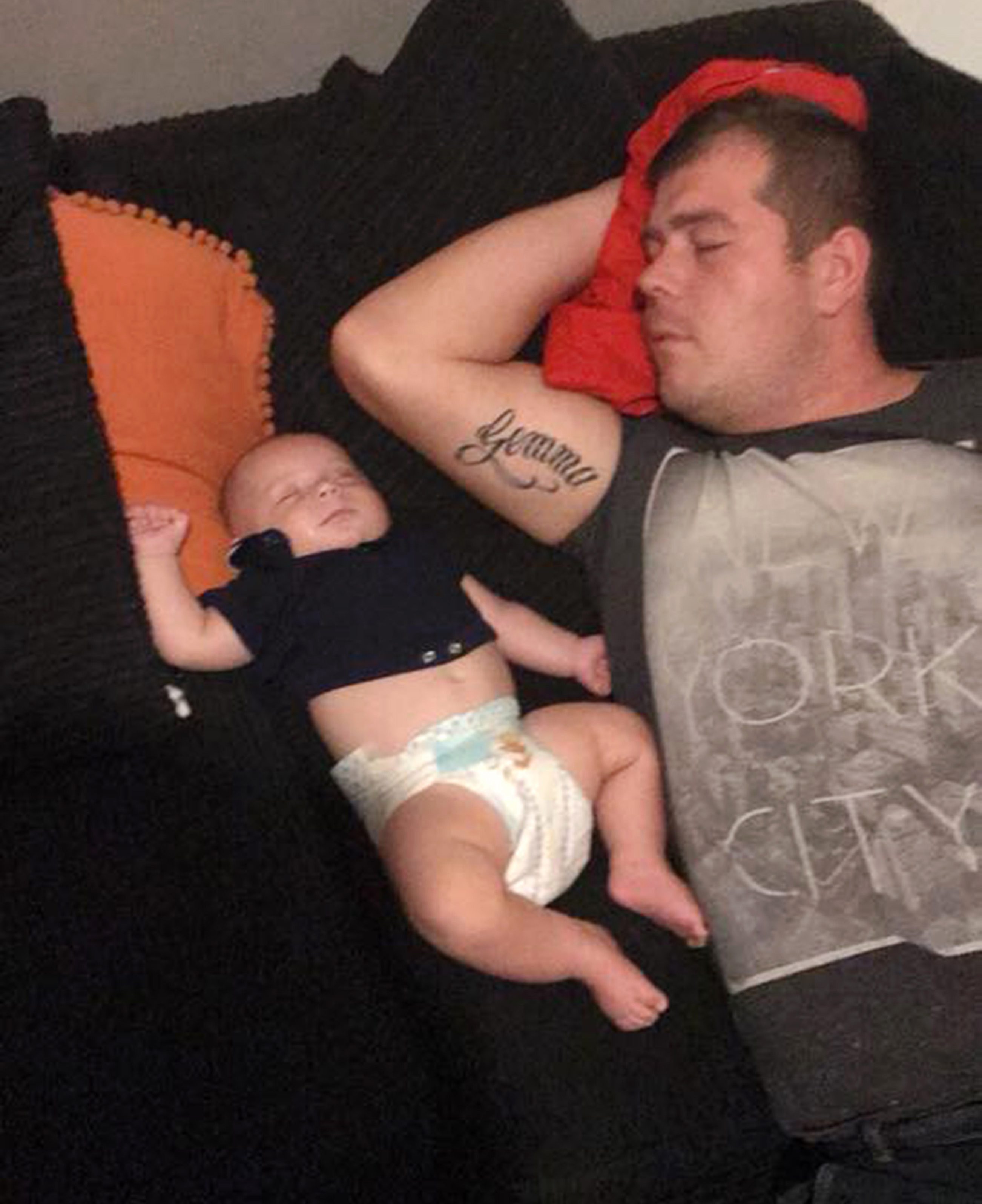 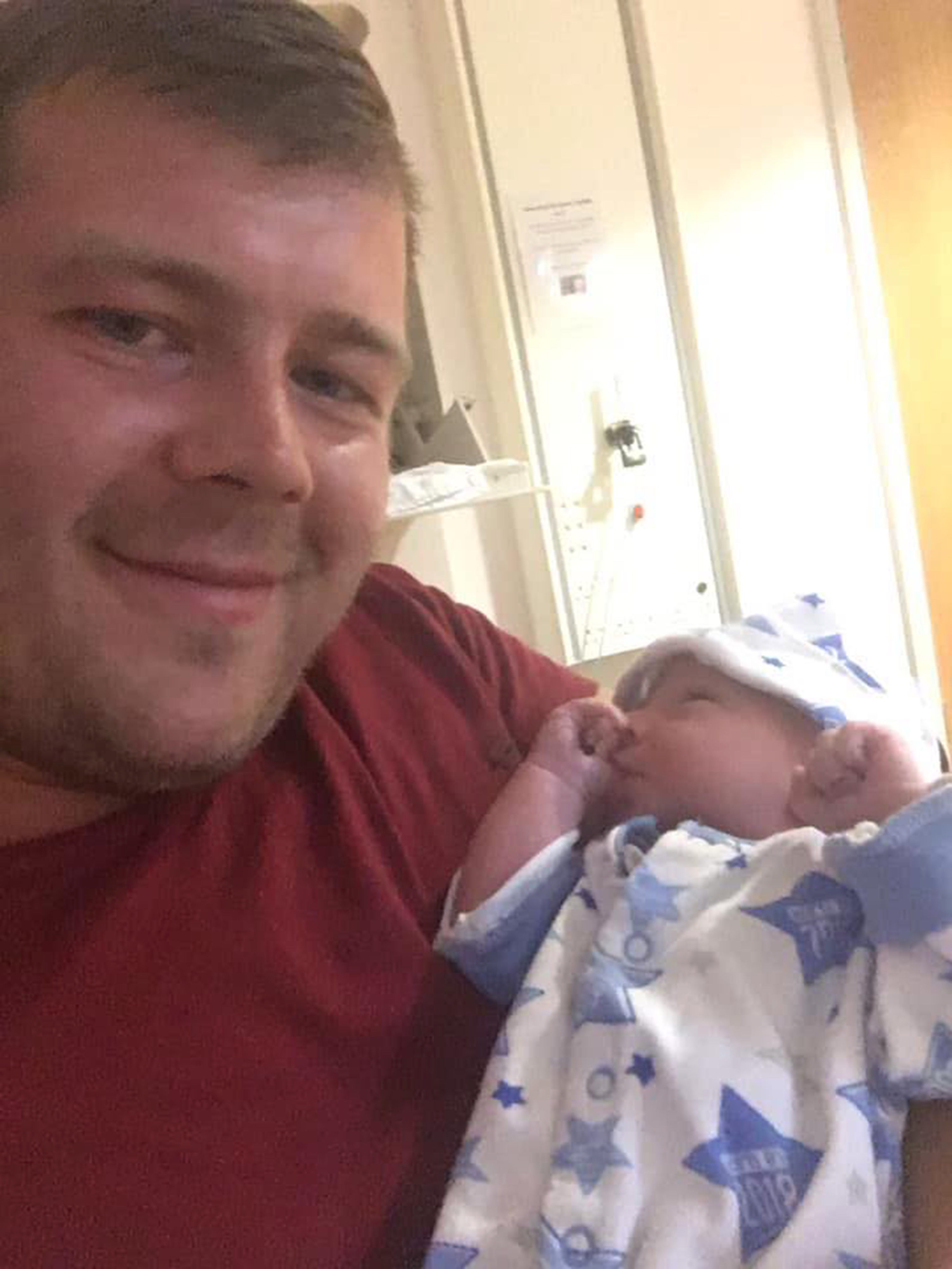 "But you've got to be aware of all elements – if I hadn't been Jono's wife, I wouldn't have had power over that decision.

"And you need to know what your partner would want, and I'm grateful that I was able to make that decision for him."

Gemma's post of the organ donation letter has now been shared 25,000 times online.