But the Grief Encounter Choir are no ordinary Christmas carol singers – and at this time of year, every one of them will sit down to Christmas dinner with one empty seat. 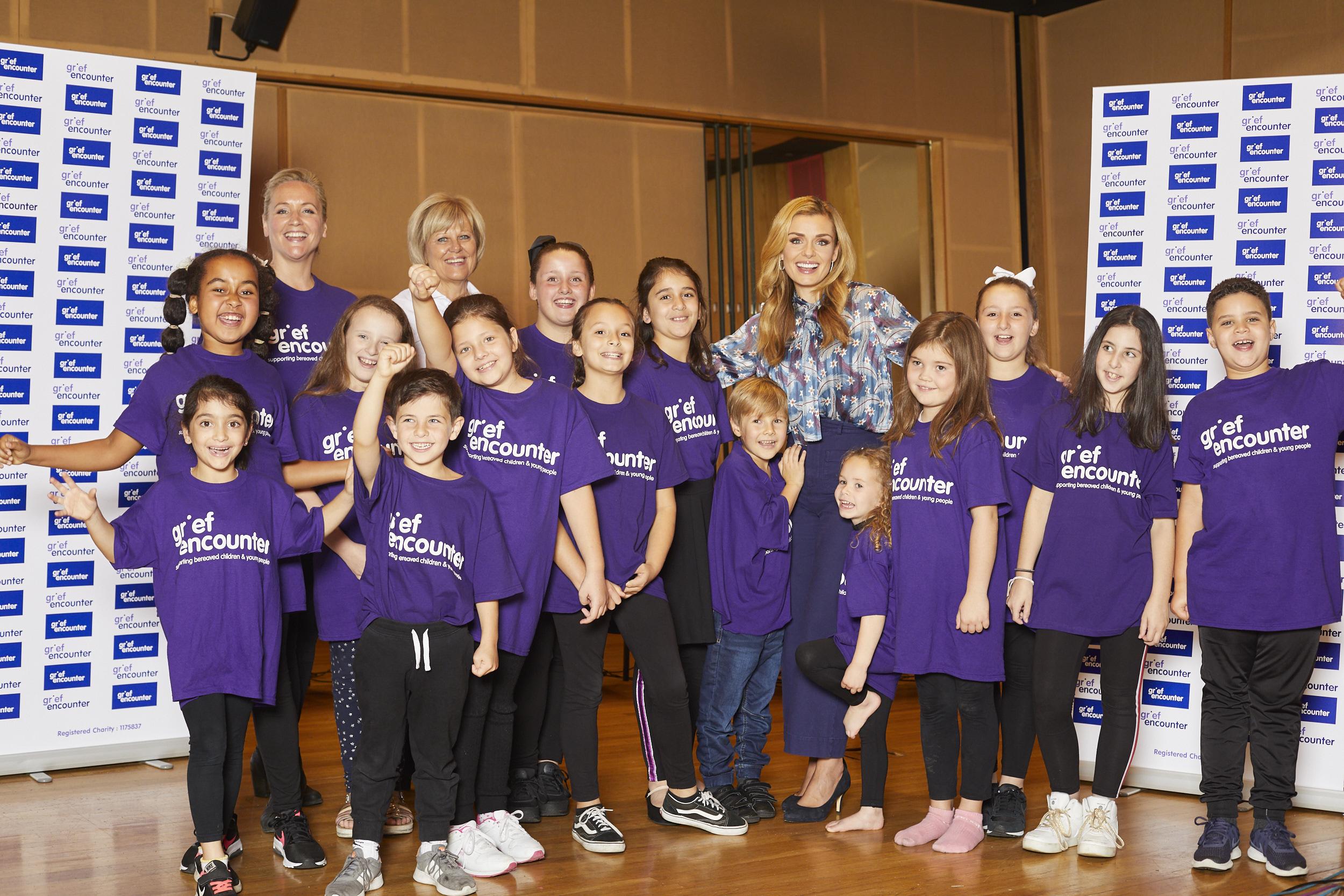 Each of the kids, aged three to 11, in the choir has recently lost their mum, dad, sister or brother.

One in 29 UK kids under the age of 16 will suffer the death of a parent – that's one child every 22 minutes.

The choir, set up by charity Grief Encounter, aims to help bereaved children to sing as a way of talking about death.

Sun Online accompanied the children to their GMB rehearsals and heard their brave stories. 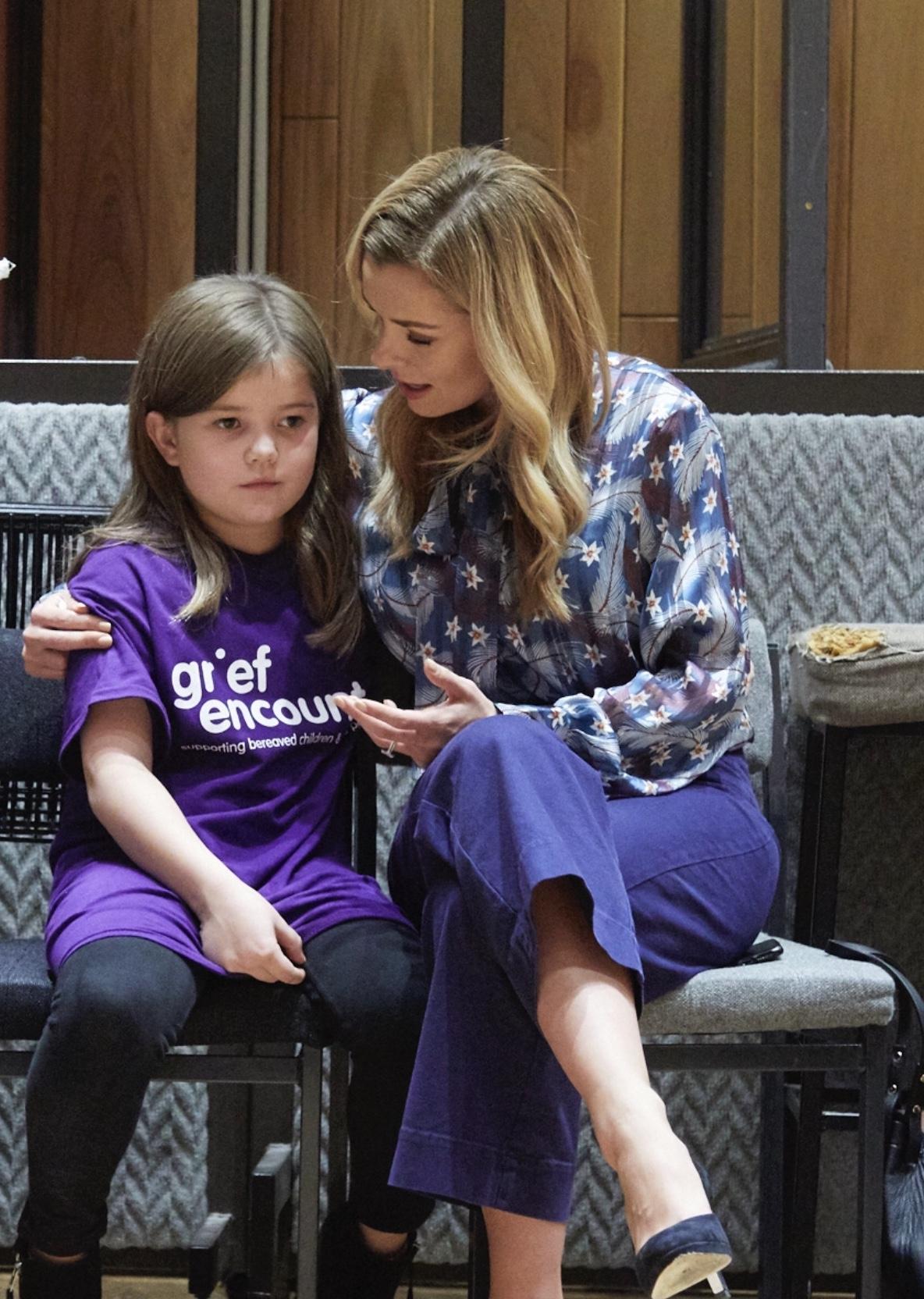 Five-year-old Leia suffered the heartbreak of being told her own daddy had "taken too much medicine" when he overdosed when she was just four, while nine-year-old Myles saw his dad stop breathing and collapse while reading him a bedtime story.

He can still recall how the paramedics hopelessly pumped his dad's chest on the floor beside him. 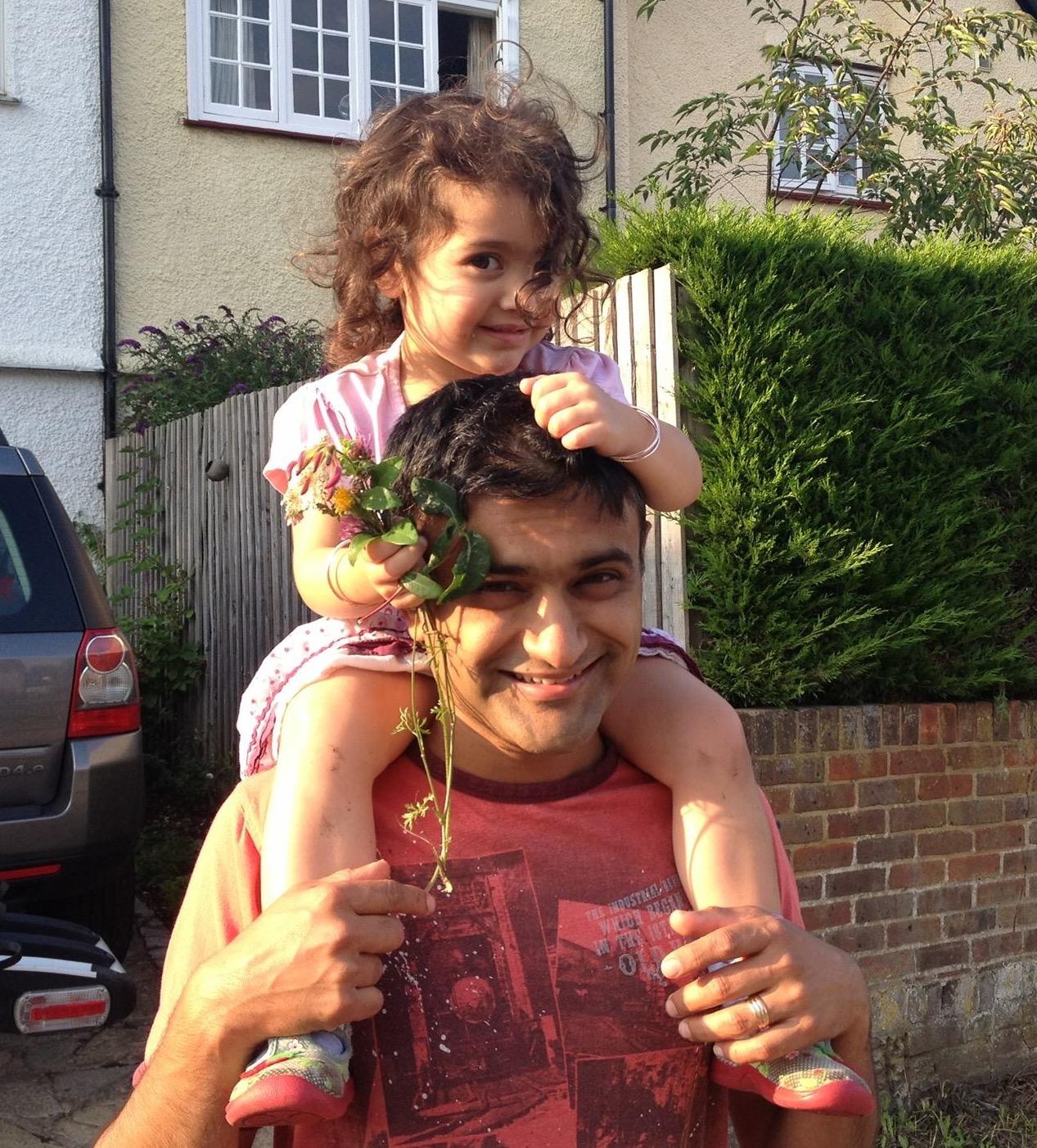 Hallie, eight, will be going to visit her dad Viv's grave on Christmas Eve.

She's already hung a bauble with his name on the tree with the help of her sisters Leila, 10, and four-year-old Marni. 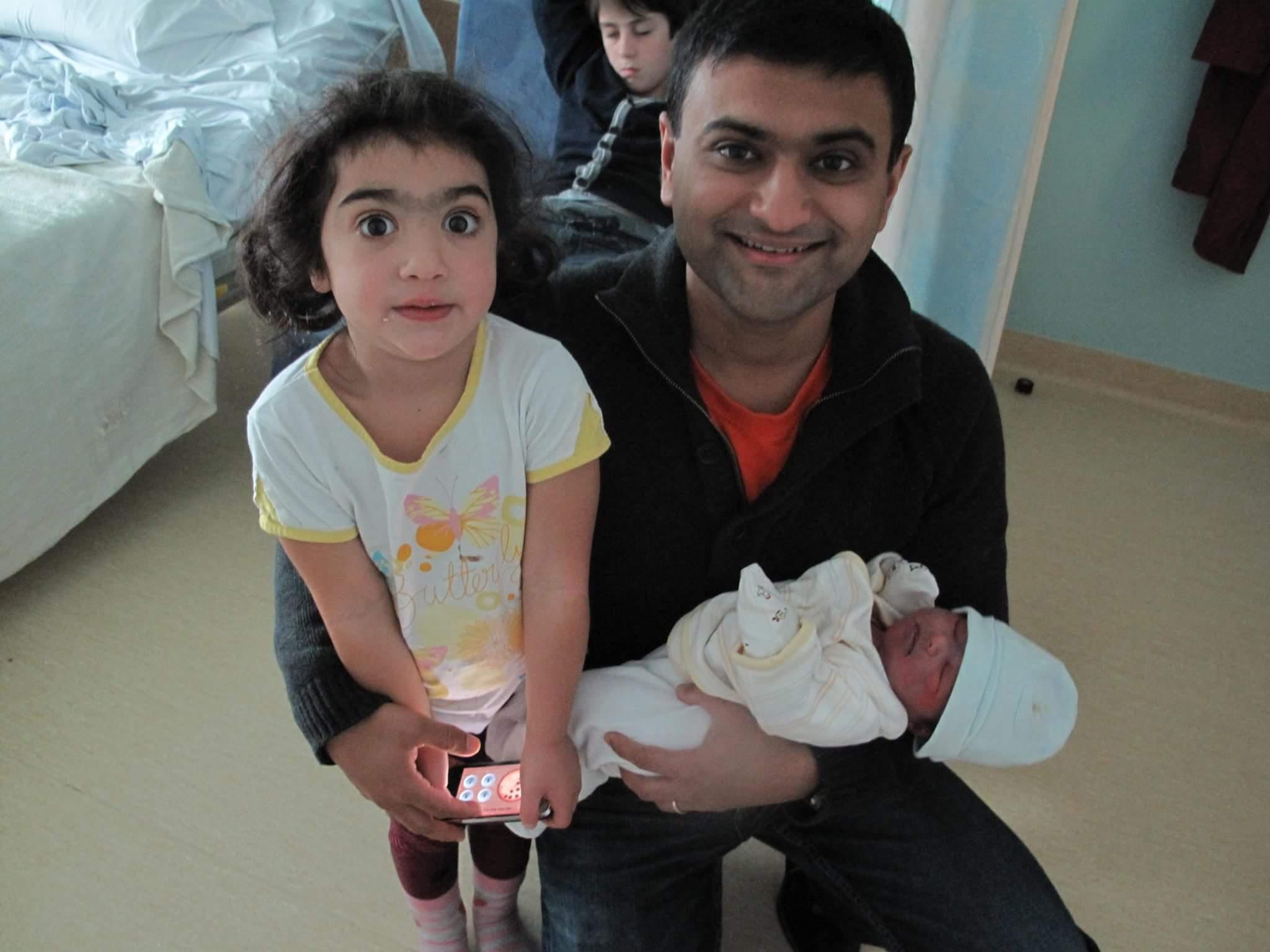 A doctor and a doting dad, Viv died suddenly of a brain aneurysm three and a half years ago, and his daughters now play in the cemetery where he is buried and visit him at Christmas.

Their mum Lucy, 37, tells Sun Online: “The children’s world was shattered. One day, life was normal, and the next it had been turned upside down.

"Viv did the school run on the Friday and died while running on the Sunday.

“I was on maternity leave and Marni was just nine-months-old at the time.” 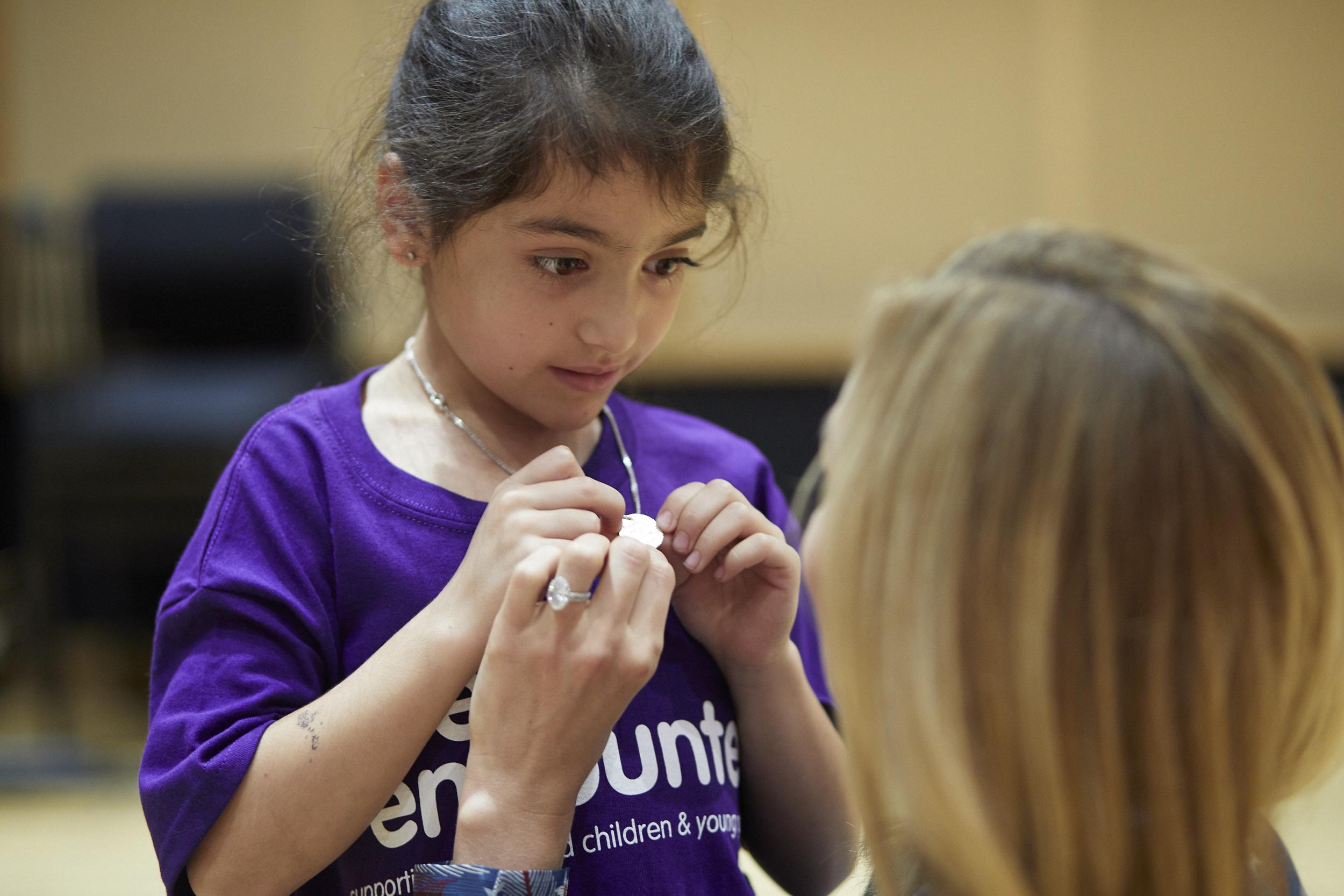 Telling her children their father had died and that they’d never see him again is a pain Lucy still struggles with.

“I used the word died when I first told them. As much as you want to, and you wish this horrible thing had never happened, you can’t cushion children from death,” Lucy says.

“I didn’t want to tell them their daddy had gone away or anything that would confuse them. When daddy is there one day, then he’s attached to a ventilator, and then he’s gone – these are things that don’t need to be said – they saw it with their own eyes. Daddy’s body stopped working.” 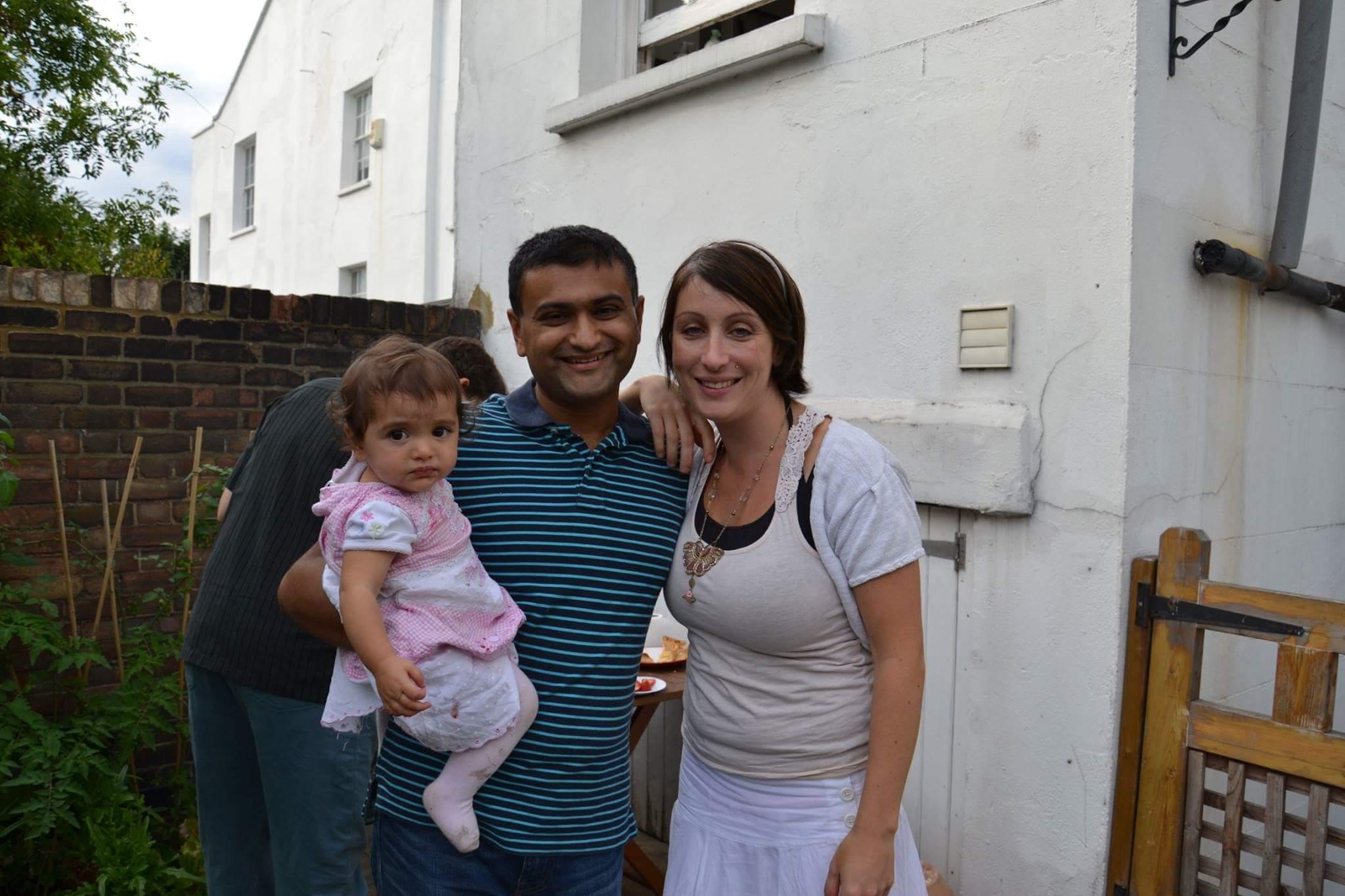 What led cardiac nurse Lucy to Grief Encounter was the overwhelming urge to help her children with their loss in any way she could, while also dealing with her own grief.

“All four of us were in the hospital together when Viv died, and afterwards, you expect there to be a plan to help them – but there just isn’t,” she explains.

“Friends and family were incredible but if you’re stuck for the right words to say, or the situation is frightening even for an adult, then of course the children will be scared.”

“I saw an interview with Jeff Brazier [whose son’s Bobbie and Freddie were just five and four when their mum Jade Goody died of cervical cancer in 2007], and I wanted to reach out to Grief Encounter. 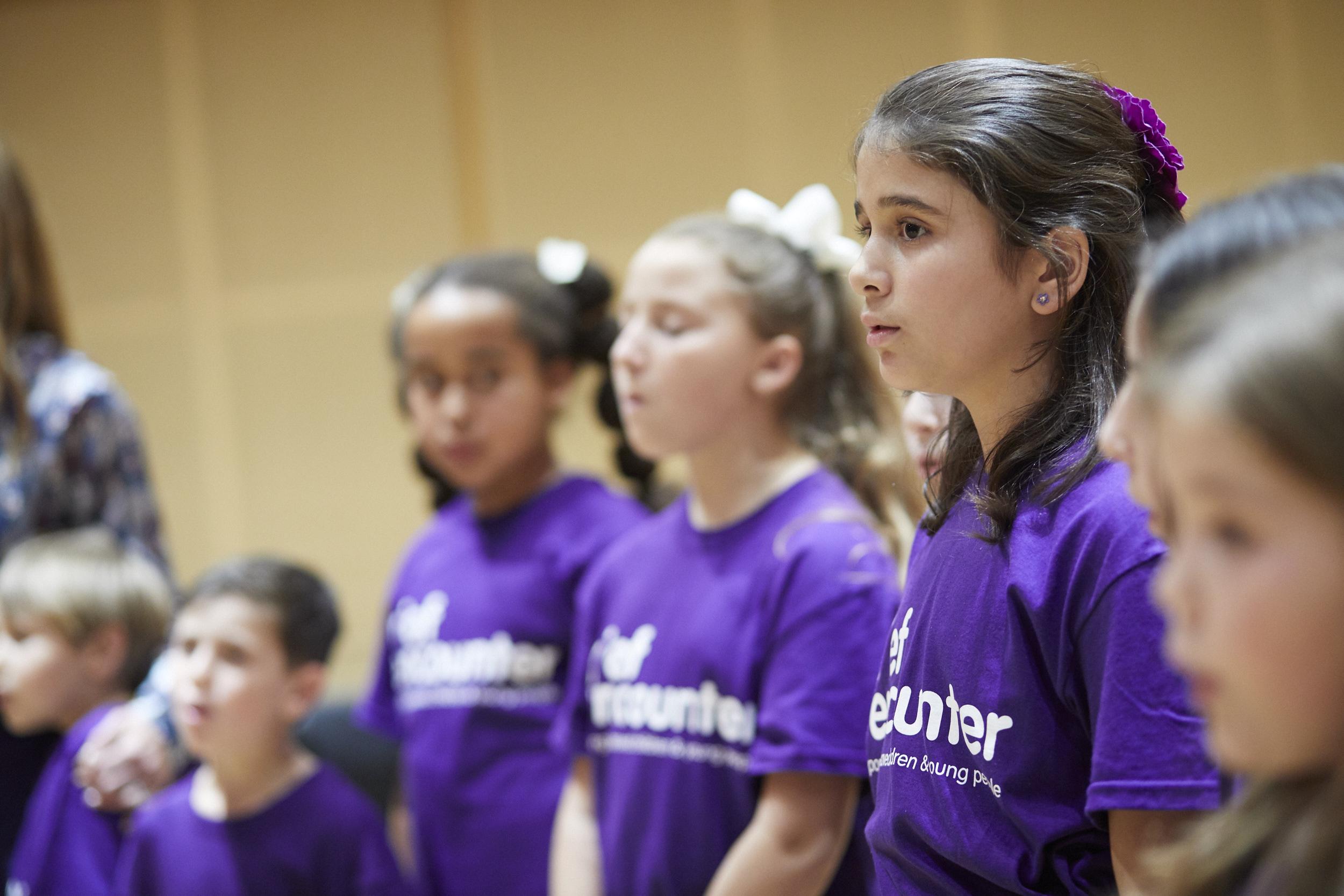 "Speaking to people who understood what I was going through helped me feel like a huge weight had been lifted from my shoulders.”

The children first attended the charity’s family sessions, and talked about things they really struggled with, like Father's Day – before being offered the chance to join the charity's choir.

Hallie joined it six months ago, and Lucy says that meeting children who have also lost a parent and singing about death has been life-changing for her daughter.

"There are children who attend their first choir session and say: 'I didn’t know there were other children who had lost mummies and daddies, too,'" she says.

'She still cries every night – she misses her dad so much'

One of those children is 10-year-old Cyna Roberts, who suddenly lost her dad Terry eight months ago. This year will be her first Christmas without him. 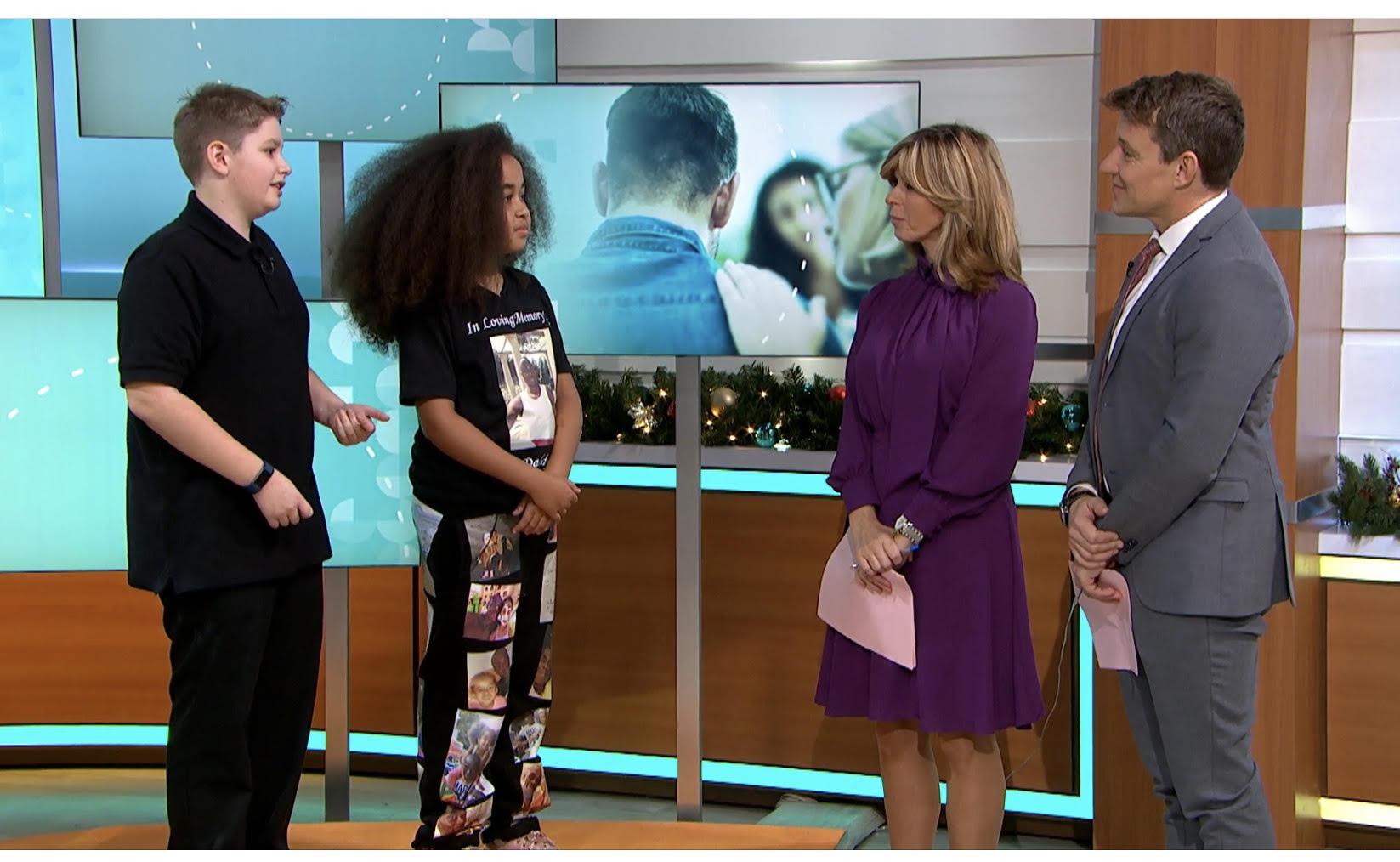 “She cries for him every night. She misses him so very much,” her mum Sinead says.

“She hasn’t told her friends at school that she has lost her dad, but now she has new friends through choir who understand.” 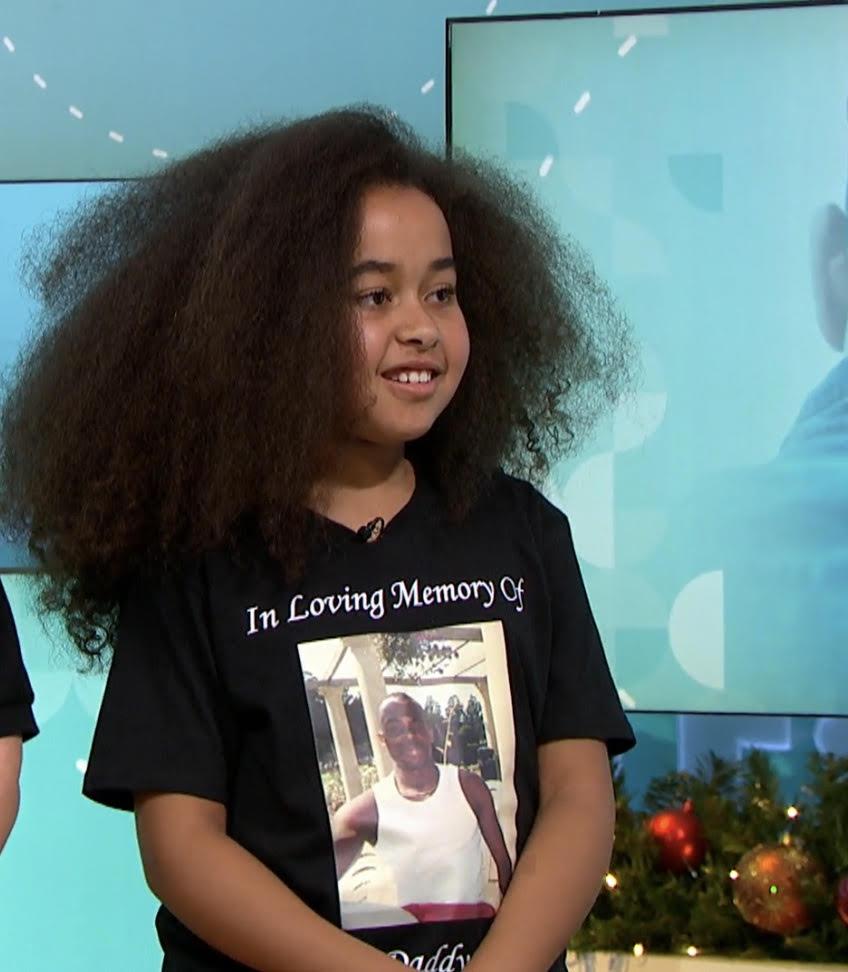 'Daddy couldn't breathe, he fell down'

Myles is also among them, and lost his own daddy Marc from a sudden heart attack two years ago.

He was just six-years-old when his dad’s speech began to slur while he was reading him a bedtime story, before collapsing.

Traumatised, Myles’ mum Molloe reveals how for months after his father's death, Myles repeatedly re-enacted how his daddy had “fallen down”. 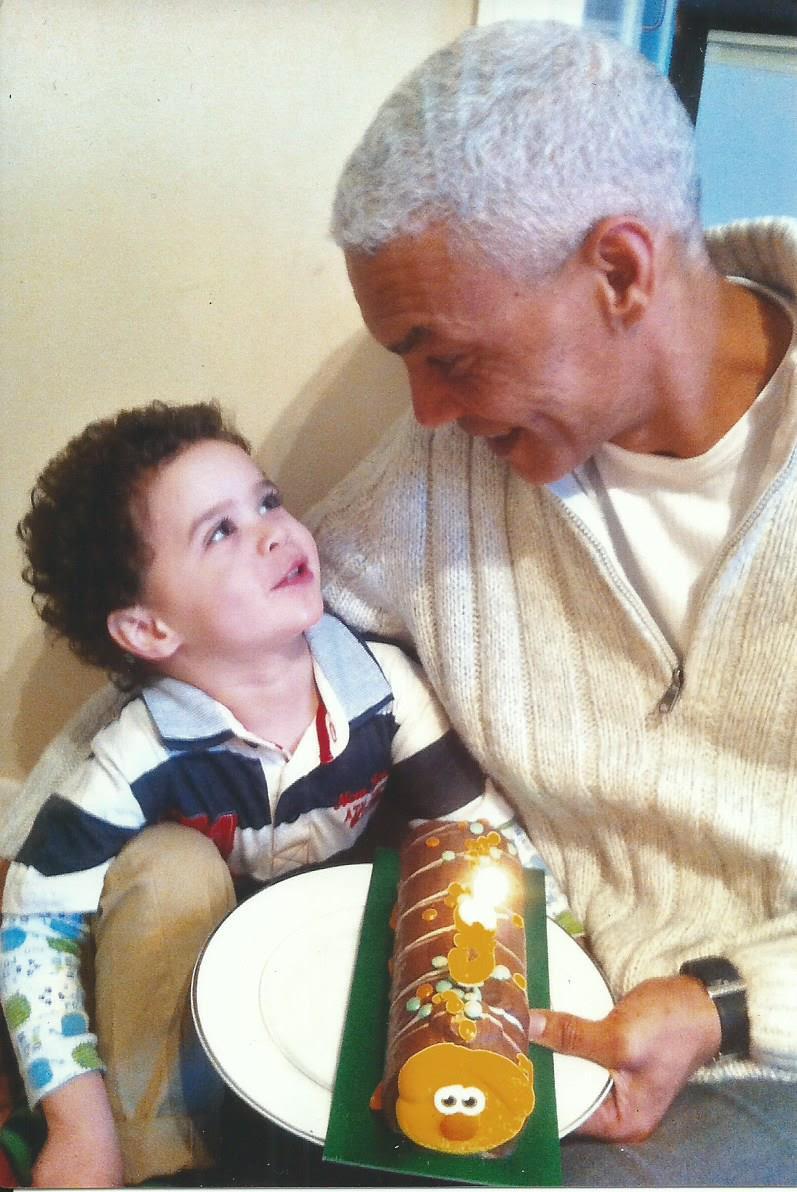 “Myles saw everything. He kept saying: 'Daddy couldn’t breathe, then he fell down,'" she says.

Since joining the choir, Myles has been more able to come to terms with what happened to his dad.

'Daddy was tired and he took too much medicine'

The choir doesn’t just provide friendship for its members, but is a space that provides an outlet for the children, when talking just feels too sad, or for many, too soon.

Leia says the she likes to sing "because she is sad" – her own emotions are still difficult for her to understand as the charity's staff try to gently teach her the truth of her dad's overdose.

Just four at the time, her mum told her "daddy was tired, so he took too much medicine."

Dr Shelley Gilbert, founder of Grief Encounter, who lost both her parents by the age of ten explains: “Research shows group singing releases endorphins, serotonin and oxytocin – the “happy hormones”. It’s also like using a different voice to express feelings you may find hard to talk about.”

Katherine Jenkins OBE, is a patron of the charity, after losing her own dad in her teens, and recently recorded a version of her song ‘Jealous of the Angels’ alongside them.
The lyrics include: “You always made my troubles feel so small, and you were always there to catch me when I fall…I’ll hold you as close as I can, longing for the day I see you again.”

Talking about losing her dad, Katherine said: “It’s so difficult when you’re a child going through grief. You don’t really want to talk to your mum or your family members because you don’t want to make them sad again.”

'Her dad won't see her first nativity, or watch her write her own name'

For Lucy, Grief Encounter has also helped her to connect with other widowed parents and to feel less alone at a time of year when it may seem as if every mum and dad are together wrapping last minute gifts and preparing a family feast.

“I’ve met so many friends. We holiday together – hang out and go camping,” she says. 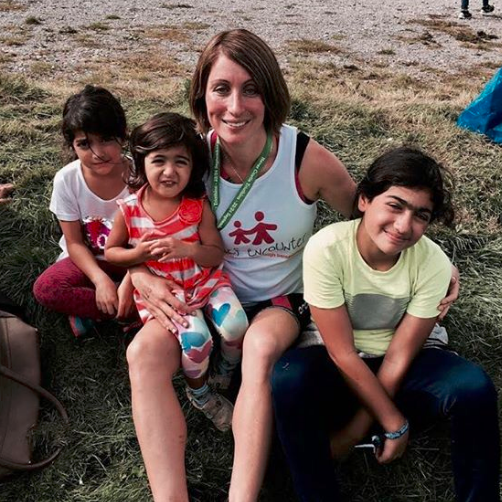 But for parents and children left alone too soon, she says it will always be the little moments that catch her off-guard.

“Marni did her first nativity play recently, and started school this year. It’s not just that he’s not here, but that she’s moving further away from the age she was when he died, when he last saw her,” she says. 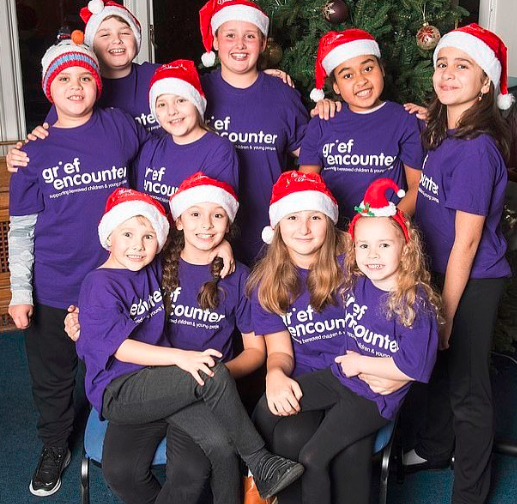 While Christmas may be harder for these kids than most, they are all looking forward to the new year when they will come together and sing again.