WHEN her waters broke at just 13 weeks, Kirsty Mizon was given the heartbreaking news that there was no chance her baby would survive.

Overcome with grief – the mum-to-be, 23, went home and waited for the inevitable to happen and for her little one to pass away. 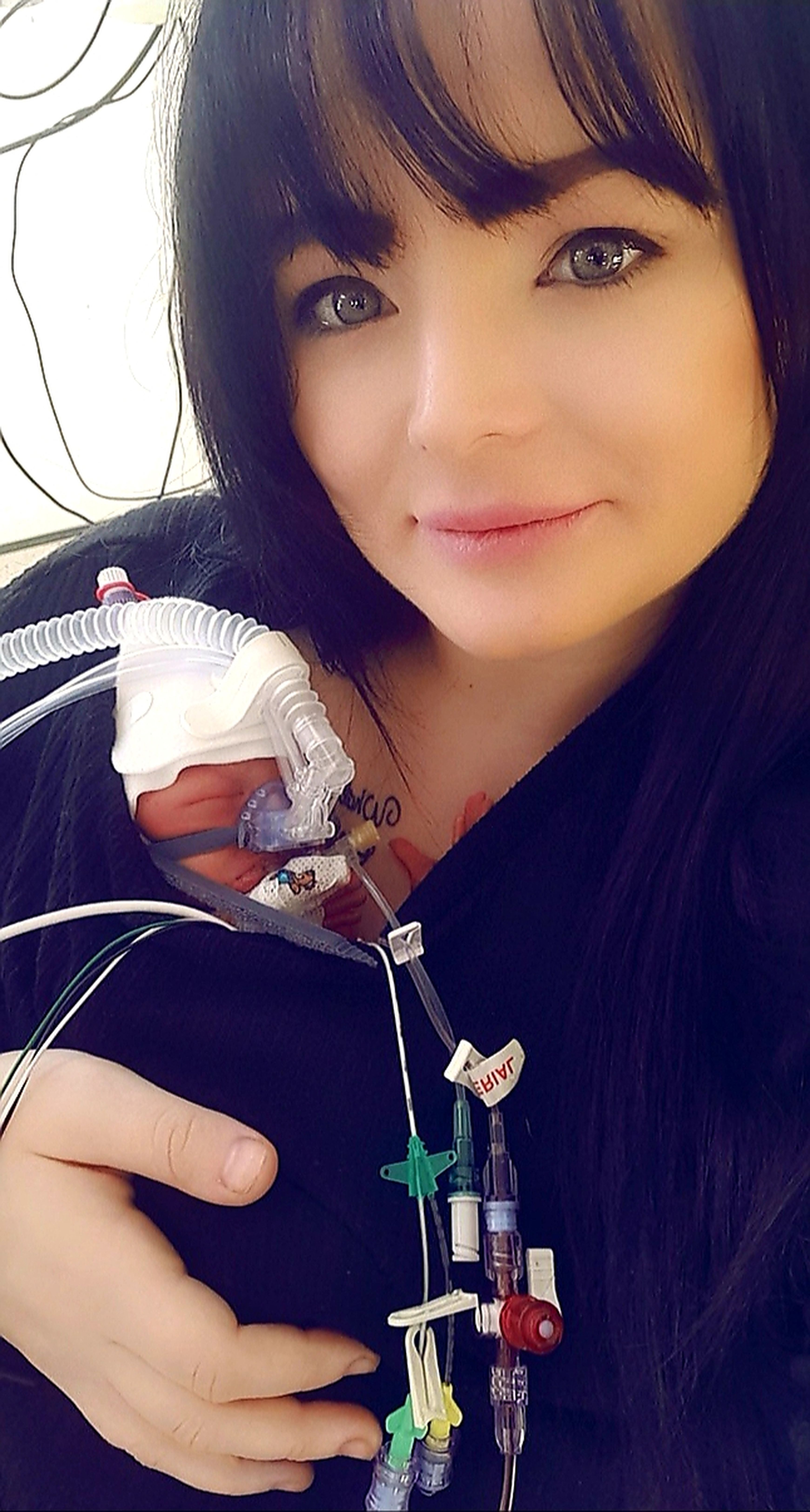 Devastatingly, Kirsty, from Burton, Staffordshire, even started planning a funeral for her unborn child – including buying an outfit for the tot to be buried in.

However, as her pregnancy progressed, Kirsty's prayers were answered – her baby still had a heartbeat and was going to survive.

Against all odds, baby was born at 29 weeks on December 1 weighing a tiny 3lbs.

She's dubbed her little girl a "Christmas miracle", adding: "I know it doesn’t happen to everyone and there is not always a good outcome but hang on if you can because there can be a happy ending." 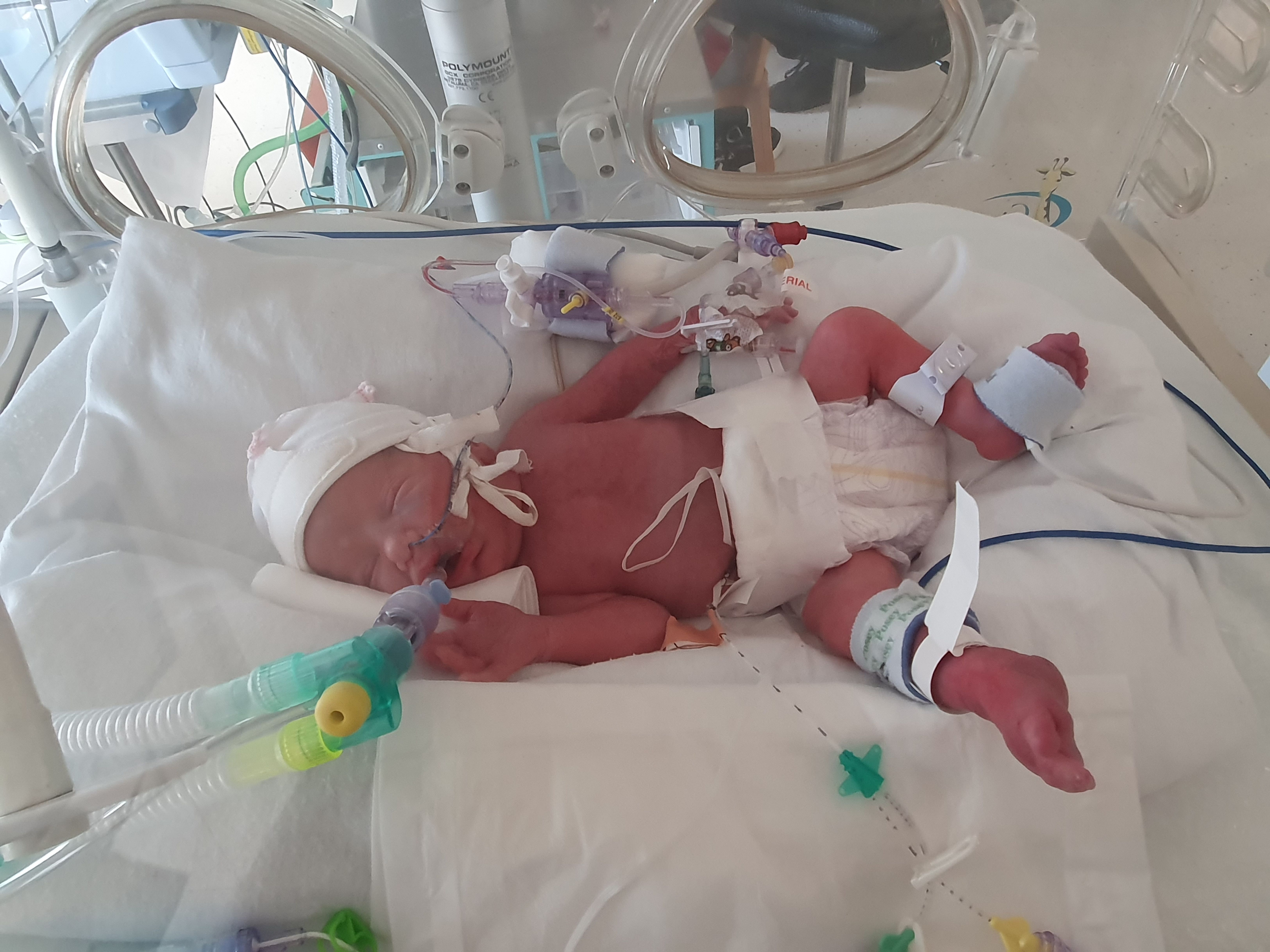 Kirsty's scare happened when she was only in the early stages of her pregnancy at 13 weeks.

The mum said: "When I found out I was pregnant I was so excited and started buying stuff right away.

"I was 13 weeks pregnant when I woke up in the night. I thought I had been sweating because it was hot so I changed my pyjamas and got back in bed.

"That was at 4am. At 8am I was walking to work when I thought I needed the toilet and I started dripping blood.

"I rushed home and called an ambulance. When I saw all the blood I knew it would be bad news. It was horrible.

"The doctors at the hospital said my waters have broken and said my baby will pass away within 48 hours. They told me to go home and wait for it to happen." 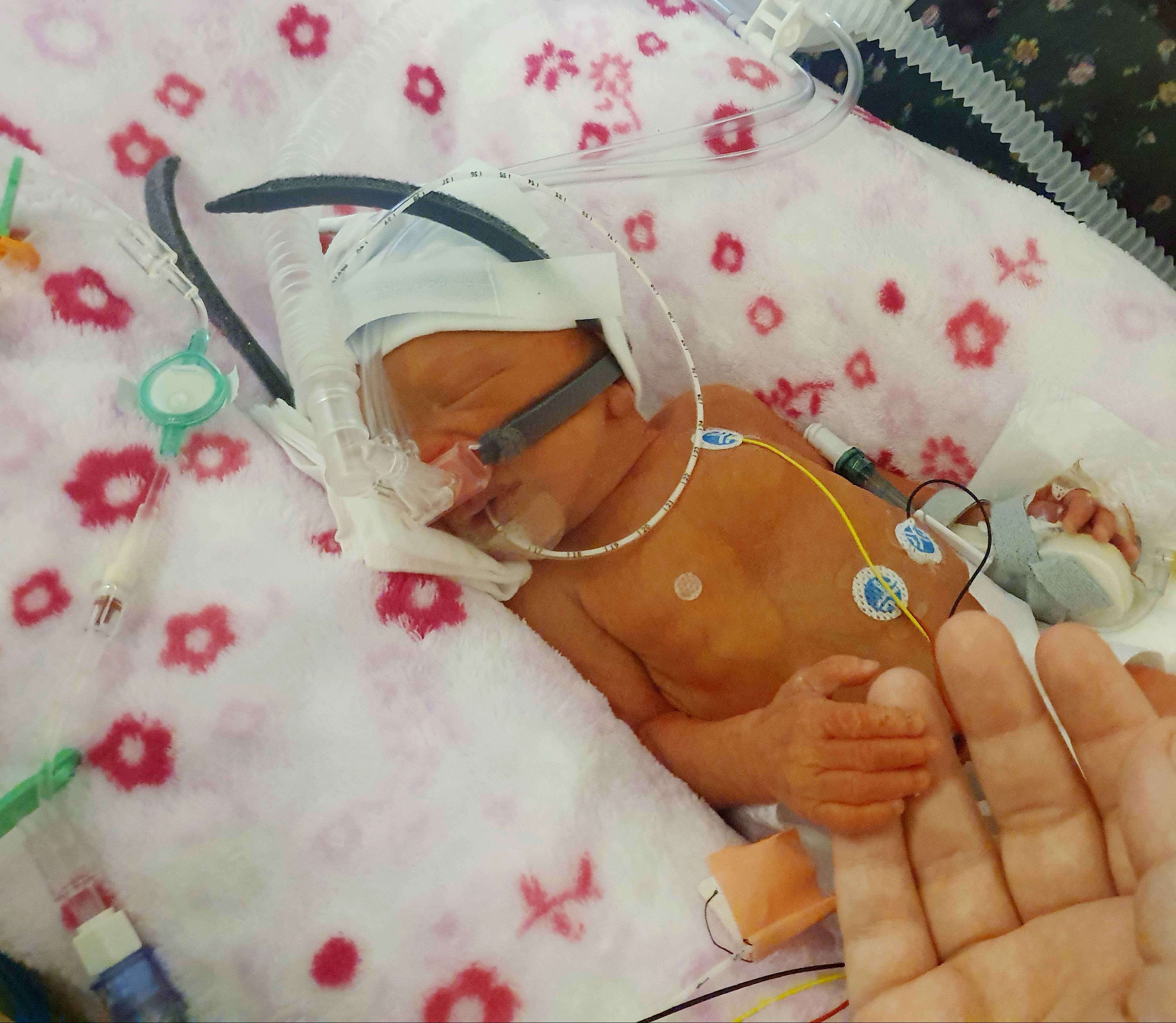 Heartbroken, Kirsty left the hospital and waited for the agonising moment when her baby would die.

But her little one proved to be a fighter and wasn't going anywhere.

Kirsty added: "I went home and I waited for the inevitable to happen. But it didn’t. My baby’s heartbeat was still going strong."

I went home and I waited for the inevitable to happen. But it didn’t. My baby’s heartbeat was still going strong

She soon returned to the hospital where she was repeatedly offered a termination and told it was likely her baby, who doctors at the time thought was a boy, would not survive or would be born handicapped.

Despite this, Kirsty refused to give up on her tot, despite this putting her own life in danger.

She said: "All the way through the pregnancy they were offering me terminations and saying he will be handicapped and won’t be able to use his limbs. 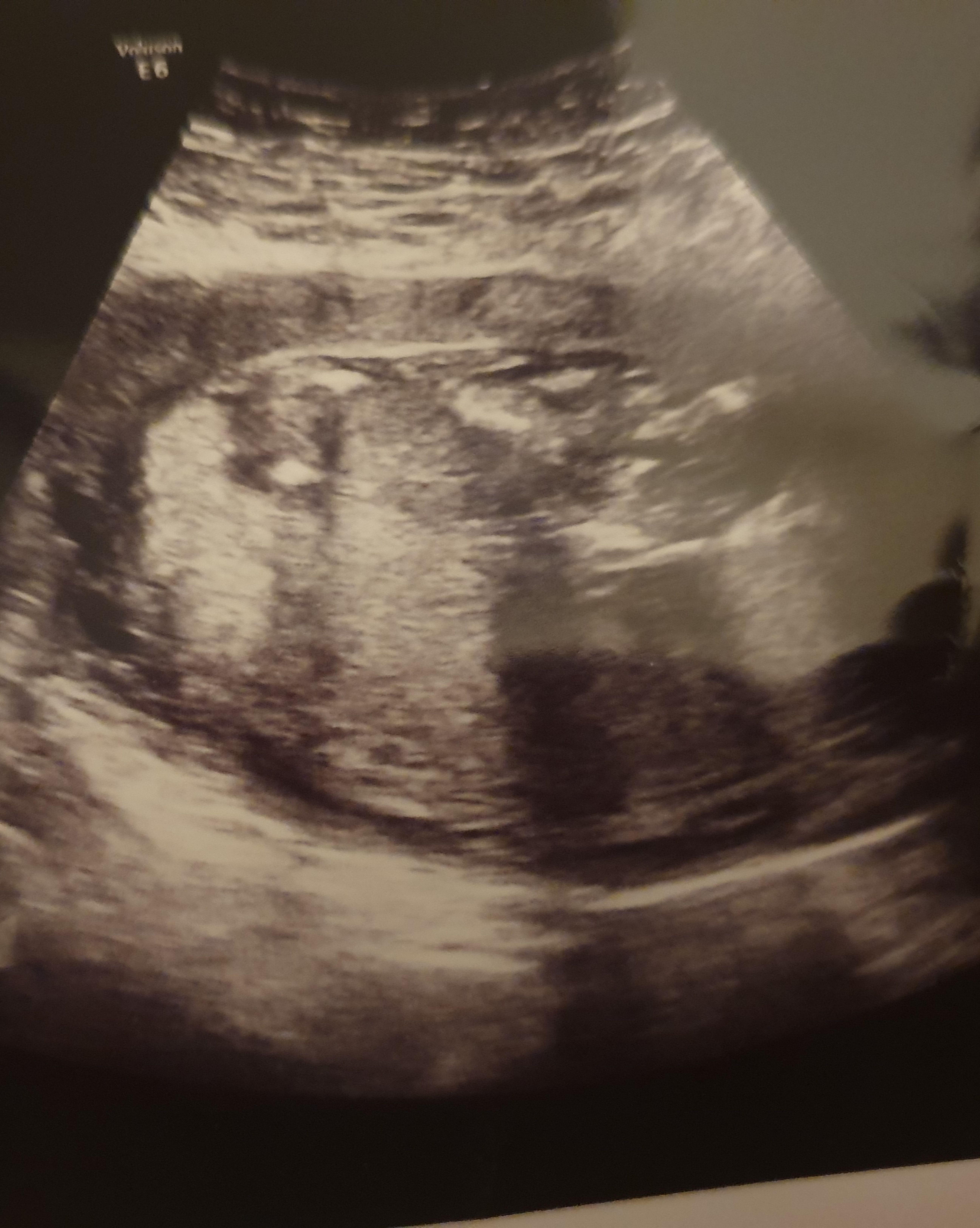 "They gave him a one per cent survival rate, because I was constantly losing amniotic fluid.

"Every scan I had I only had 1cm or 2cm of fluid and sometimes I had nothing at all.

"Doctors said with no fluid the baby wouldn’t have any lung capacity or be able to move. It was awful.

"They also told me I was at high risk of sepsis, I thought I have got two kids at home.

"I was blood tested constantly."

Kirsty, who is mum to Leo, three, and Logan, two, began to accept that her baby boy would die and made plans for his funeral, even buying an outfit to bury him in. 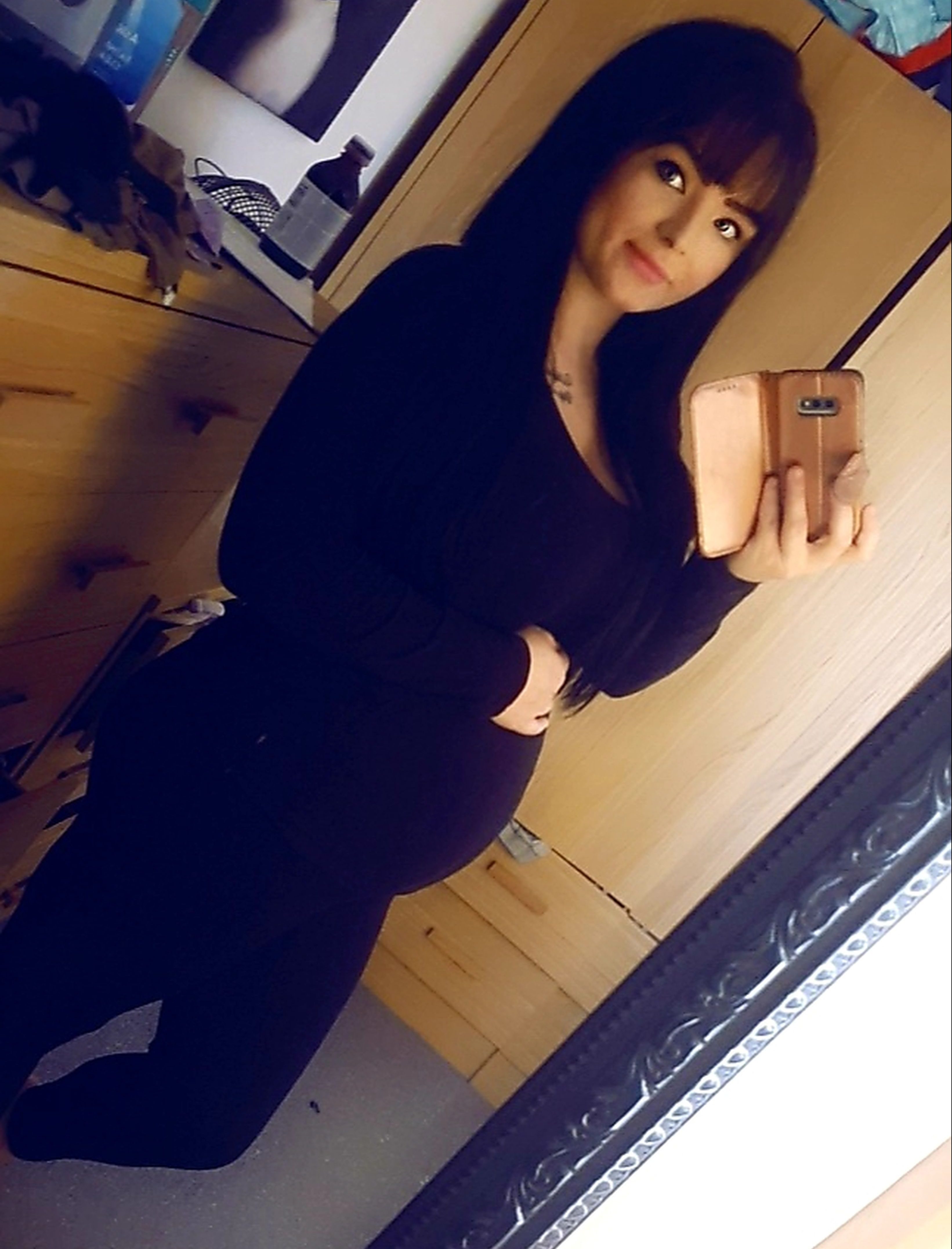 She said: "I expected the worse and it was very traumatic.

"I planned his funeral and I couldn’t be in public places as being near babies just filled me with fear and sadness.

"At times I felt like I was breaking. The bleeding was so bad, I was passing 10cm blood clots.

"I didn’t know if I was strong enough to go through it but I couldn’t give up on my baby.

"I had been in touch with a bereavement midwife before and I cried so many tears for the baby I thought I was going to lose.

"I was even put on antidepressants."

Kirsty was scheduled to undergo a Caesarean section at 34 weeks pregnant but at 29 weeks she started to feel pains and she went into premature labour.

She said: "I had pains all day and by the time I got to the hospital I was 10cm dilated. 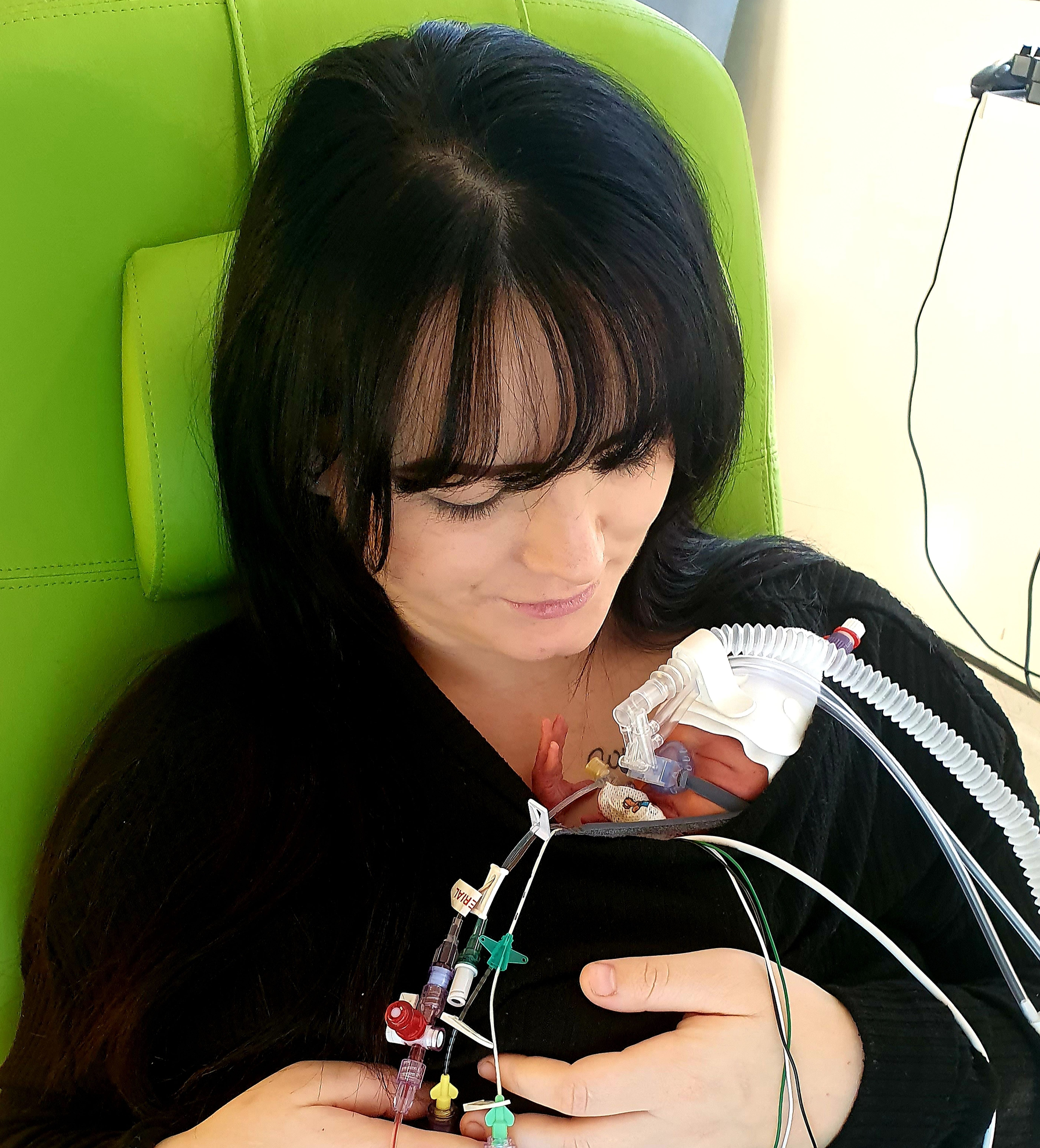 "My sister and mum were with me but I felt emotionless. I wanted to block it out, to run away.

"And then I heard my baby cry.

"It was the best feeling ever, the greatest sound I have ever heard.

"The midwife turned to me and said "he is a she, you have a little girl.

"I couldn’t believe it. I had kept her in there without fluid for almost four months.

"The doctors, nurses and surgeons quickly got into action and stabilised her as she needed a little bit of help. 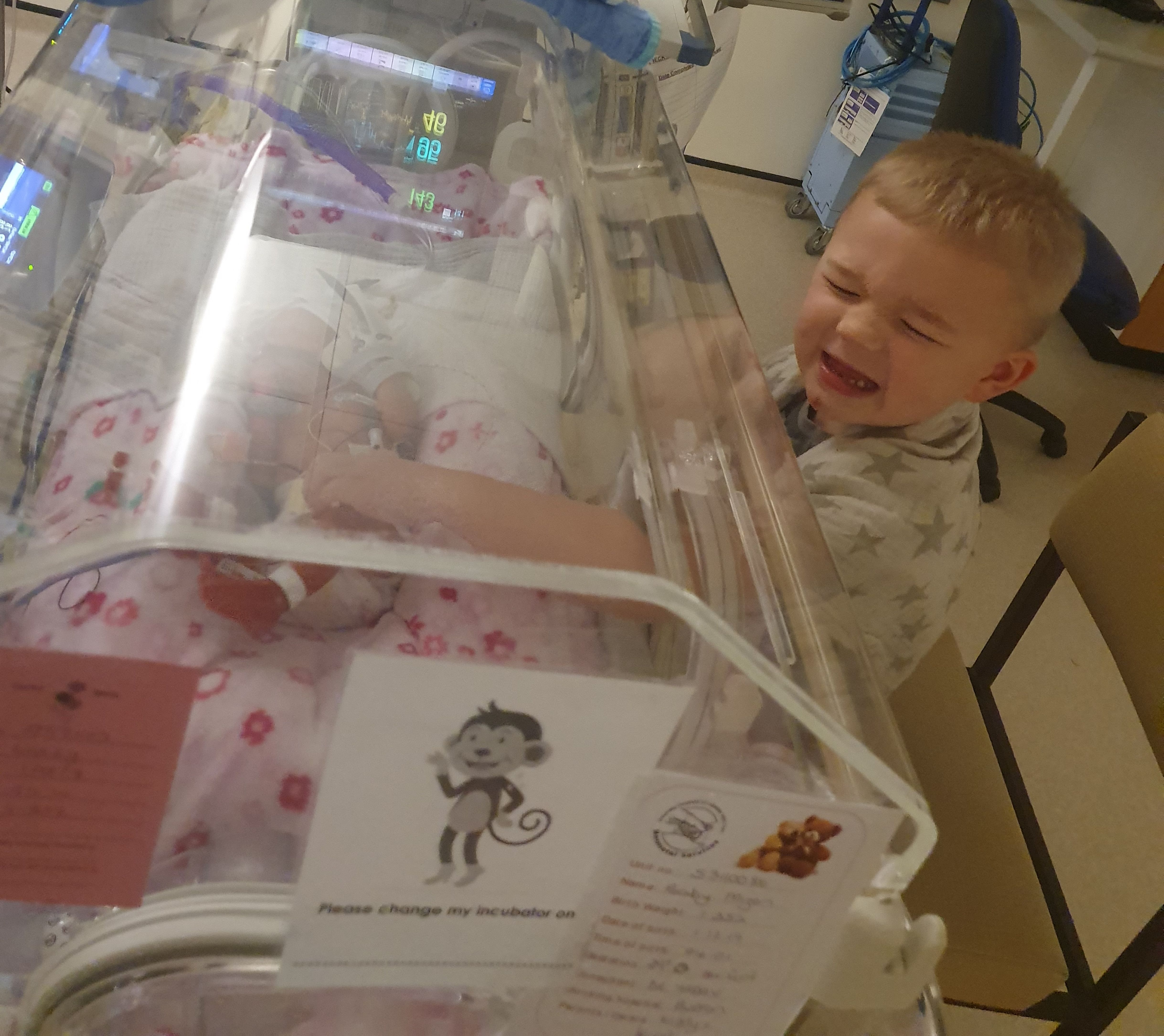 "Nobody could believe how well she was doing.

"She was given 100 per cent oxygen but she was trying.

"The doctors had already told me that if the heartbeat dropped they wouldn’t help her because of the previous complications but she was a little fighter and we were transferred to Leicester NICU."

Kirsty and her partner Lewis Peach, 26, have been left in awe by their miracle baby.

"She is doing really well. She will probably be in the hospital until the New Year but she only has one problem which can be fixed with physiotherapy," Kirsty said.

The signs that labour has begun

There are several signs that labour might be starting, including:

The early (latent) stage of labour can take some time.

"I am still in shock. I just can’t believe I have a baby. A beautiful baby girl.

"My eldest is so happy. He keeps touching her leg and every time she moves he gets so excited.

"She is my Christmas miracle."