Sundae School, a cannabis lifestyle brand catering to Asian-Americans, produces its own smoking apparel and accessories inspired by the streets of Seoul, South Korea.

The company places a heavy emphasis on fashion, but co-founder Dae Lim says there’s a greater mission behind the brand ― which is fittingly celebrating its first anniversary on Friday, 4/20, with a pop-up shop in Brooklyn.

In a cannabis industry heavily dominated by white businesses, Lim says he hopes to promote more Asian-American visibility. He told HuffPost it’s particularly important to him because Asian-Americans are so often erased from cannabis culture and mainstream media as a whole. 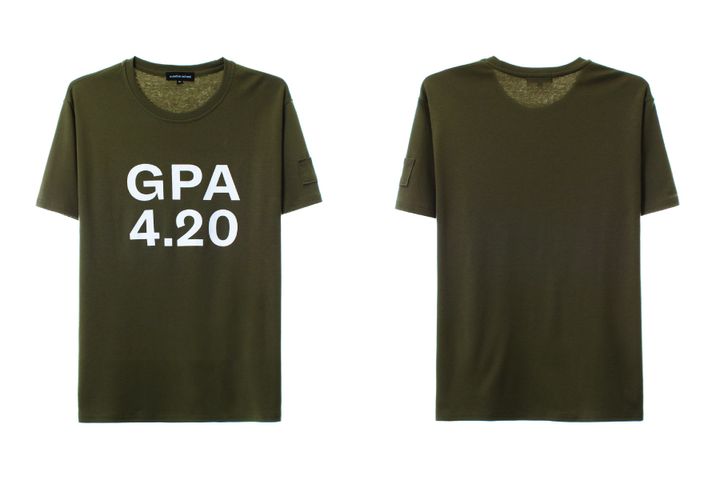 “If you look at the stoner experiences that are commonly depicted, it’s really singular ― typically a white guy out in Colorado or California surfing and smoking weed,” said Lim, who started the business with his sister Cindy. “But there’s so many more layers to that. …There are a lot of Asian-Americans and Asians in general adopting that lifestyle.” 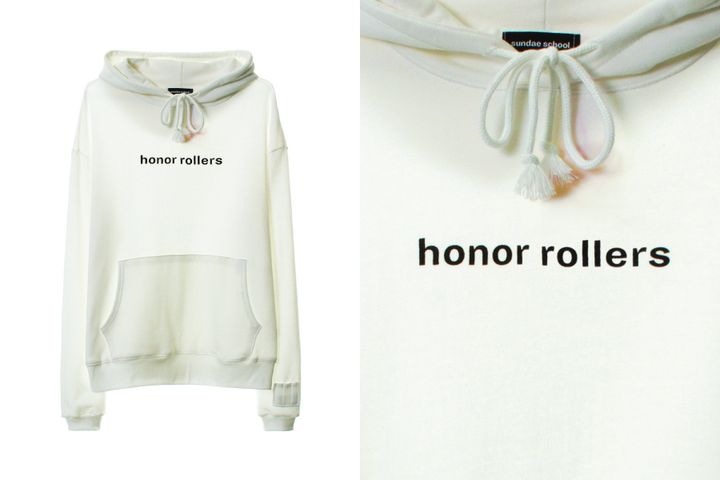 “Model minority” myth-smashing messages and clever designs are baked into the clothing, with phrases like “GPA 4.20” and “Honor Roller” printed on shirts and hoodies.

Other pieces pull in some unapologetically traditional Asian elements. One collection is titled “When Tigers Used To Smoke,” a Korean phrase equivalent to the Western “Once upon a time.” Several pieces feature a tiger, a common motif in traditional Korean art. Another suit is a remix on the traditional Korean hanbok, featuring pockets designed to “stash spliffs.”

Influenced by the growing counterculture both among young Koreans and Asian-Americans, Lim says that the designs attempt to reflect “that unabashed self-expression among young, ‘yellow’ youths.”

Lim told HuffPost that he aims to combat the erasure of Asian narratives through his company’s practices, too. Sundae School is primarily Asian, he said, and when collaborating on design, it aims to elevate Asian work.

Even the models cast in the company’s fashion collections showcase diverse Asian backgrounds, with Nigerian-Korean model Han Hyun-Min featured in the “Tigers” collection. Supporting people from the Asian community is important for Lim, especially since the products are made for an Asian-American crowd.

“Because of the model minority myth, Asian-Americans aren’t necessarily dealing with being profiled on a plane, or people aren’t arresting us for no reason in the streets, but that doesn’t mean our issues aren’t real,” Lim said. “Because muted yellow voices and yellow invisibility is real in America.”

Asian-American cannabis culture has been bubbling up for some time. However, the herb is still frowned upon by many in the Asian community, in part as a painful consequence of the Opium Wars, Splinter News pointed out, which left a lasting impression across Asia.

So starting the business was no easy task for Lim.

Lim noted that his parents first discovered his cannabis use years ago when he came to the U.S. for high school. He says his mother discovered his stash while cleaning his room and she broke down crying.

“Marijuana in Korean is literally ‘Devil’s plant’ or ‘Devil’s Lettuce,’” he said. “So she said, ‘What have we raised you as? I’ve given up my career to educate you and take you to America and this is what you do to me?’”

Later on, after he quit his job at consulting company McKinsey & Company to open a business, Lim said his mother was ecstatic. But she didn’t find out about the cannabis angle to his work until she read a magazine article about Sundae School.

“That’s when all hell broke loose,” he said. “But at the end of the year, when she saw our business and how meaningful it was for us, she was more accepting.”

Lim says he understands the hesitation, since many Asian immigrants have strived to make it in America, keep their heads down and avoid trouble.

They didn’t have the privilege of learning about or enjoying the herb, he said.

But now, Lim feels there’s hope in reversing the stigma toward marijuana in the Asian-American community. It comes down to more education and awareness regarding the herb, and a little persistence.