The patriotic outfit was fitting for St George's Day, and Kate, 36, looked as flawless as ever as she paired the shift dress with nude heels. 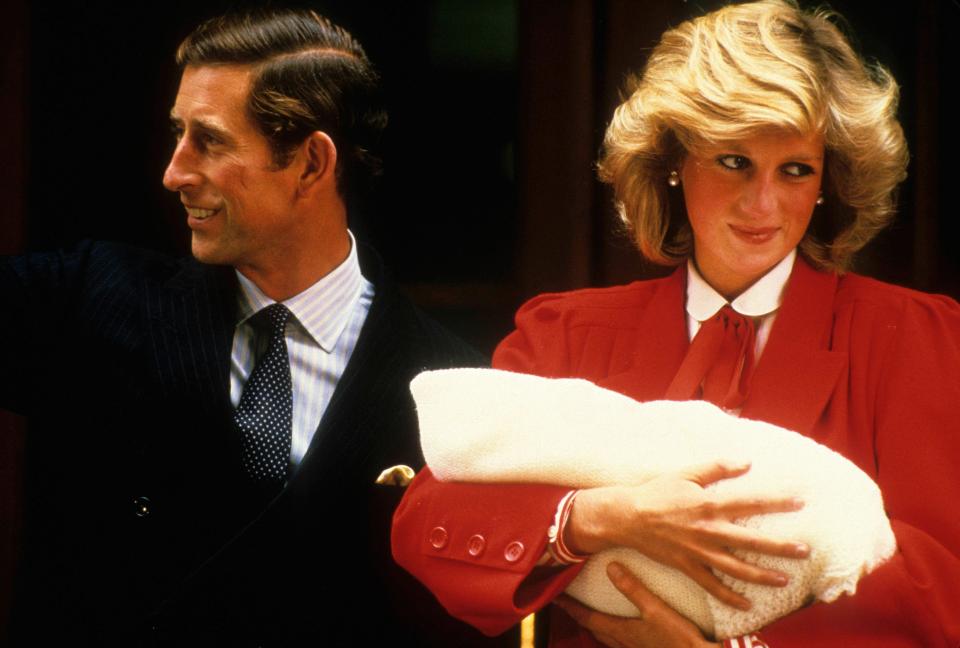 It was also the spitting image of the frock Prince William's late mother Diana wore following the birth of Prince Harry, 33, in September 1984.

It's not the first time Kate has taken style inspiration from Diana, the 20th anniversary of whose death was marked by William and Harry last year.

When she welcomed her first son, Prince George, in 2013 she wore a blue spotted Jenny Packham dress which was the spitting image of the gown Diana wore following William's birth.

Mum-of-three Kate went into labour first thing in this morning and the new prince was born at 11.01am weighing 8lb 7oz. 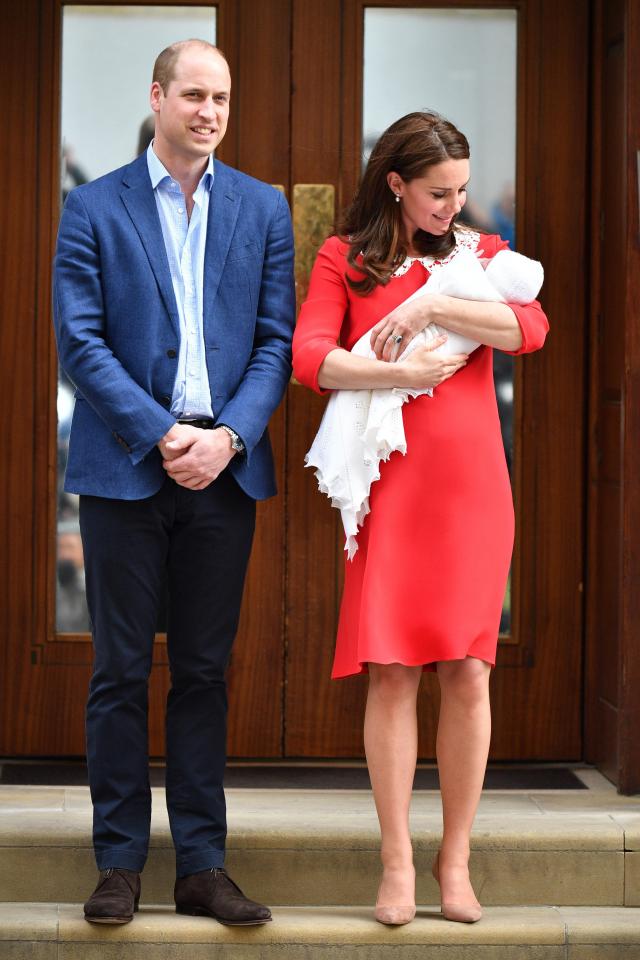 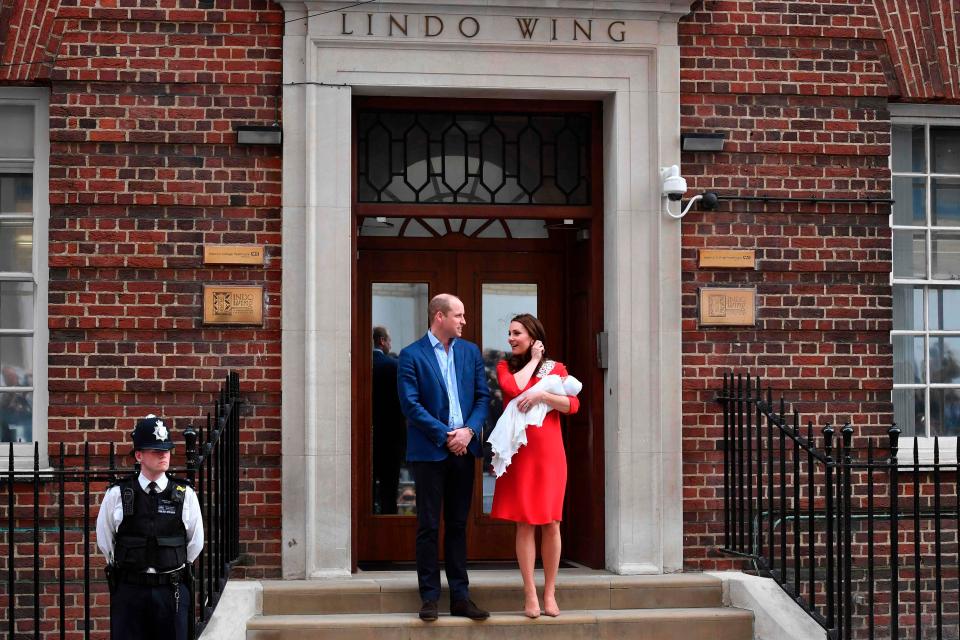 For the third time running, Kate chose to greet the adoring crowds in a bespoke dress by Jenny Packham.

She paired the gown with a classic pair of classic court shoes by one of Holly Willoughby's favourite designers, Gianvito Rossi.

The shoes cost £495, and are available here.

While Kate looked immaculate with her signature blow dry, thanks to hairstylist Amanda Cook Turner.

She wore the Queen's pearl drop earrings to finish the look, and wrapped the baby prince in a white shawl by GH Hurt & Son, a Nottingham-based brand who also made blankets for George and Charlotte as newborns.

The Duchess of Cambridge wore a loose-fitting, knee-length dress with white Peter Pan collar, a patriotic look for St George’s Day, as she held her son.

It was a bespoke number from Jenny Packham, who has designed each of Kate’s post-birth dresses, and looked perfect alongside Wills in head-to-toe blue.

It was seen as a tribute to Princess Diana who wore a similar outfit when she first stepped out with baby Harry in 1984.

The new mum had help from her stylist and PA Natasha Archer, spotted leaving St Mary’s Hospital in ­London an hour after the birth.

Hairdresser Amanda Cook Tucker was also believed to be on hand. 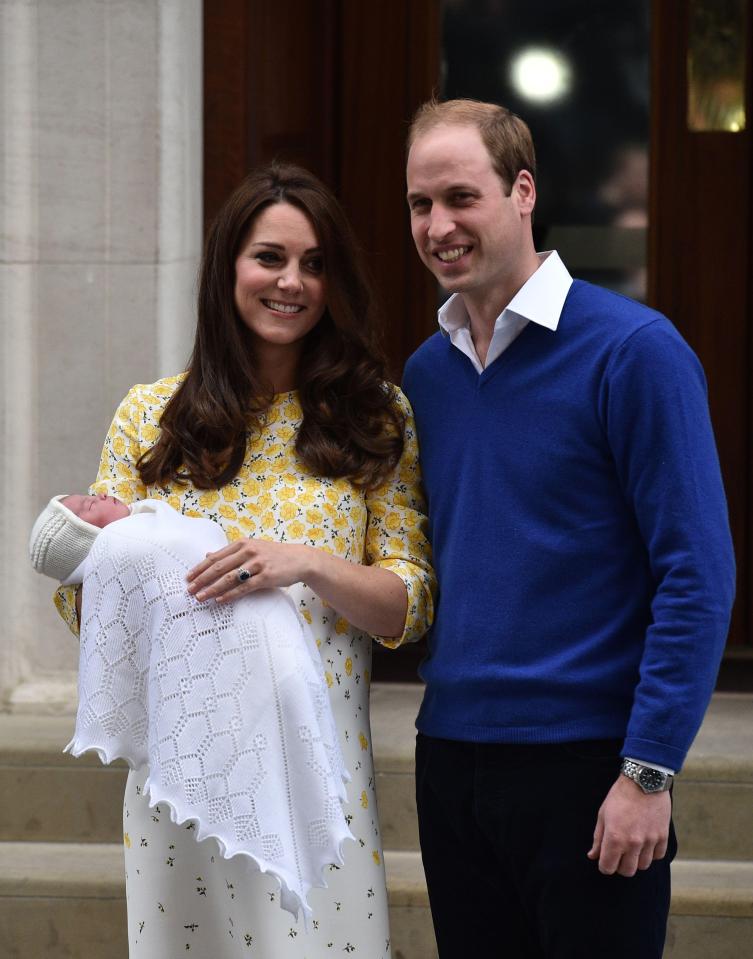 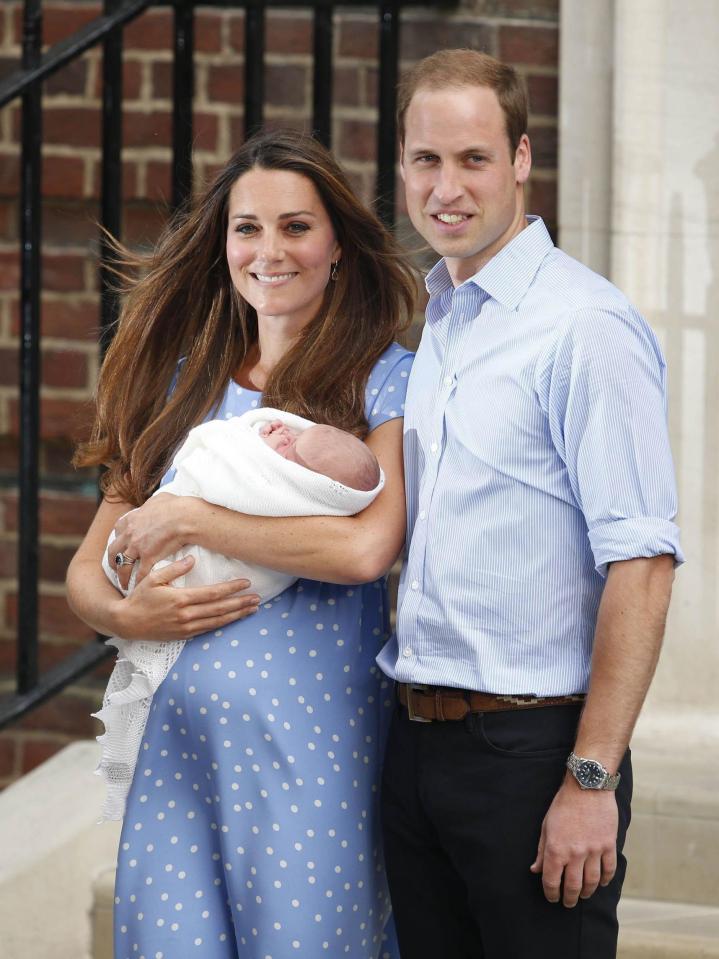 When Princess Charlotte was born in 2015, Kate opted for a buttercup print silk shift dress, also by Jenny Packham, for the event.

On the same spot 22 months earlier, the royal mum had also selected an outfit by the same designer – that time a pale blue dress with white polka dots.

The simple shift dress had a high neck and capped sleeves, and was paired with a pair of mid-height beige heels.

The Royal family are said to be delighted with the news, with the Queen informed of the fifth-in-line to the throne's arrival earlier today.

In a statement, Kensington Palace said: "Her Royal Highness The Duchess of Cambridge was safely delivered of a son at 1101hrs.

"The Duke of Cambridge was present for the birth. Her Royal Highness and her child are both doing well." 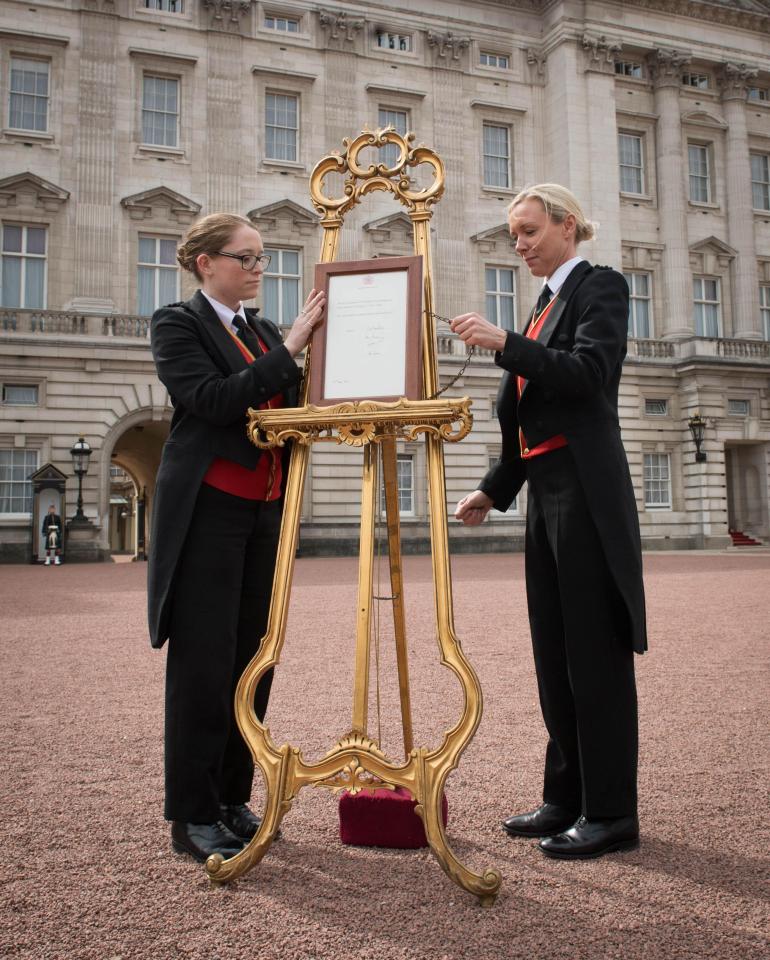 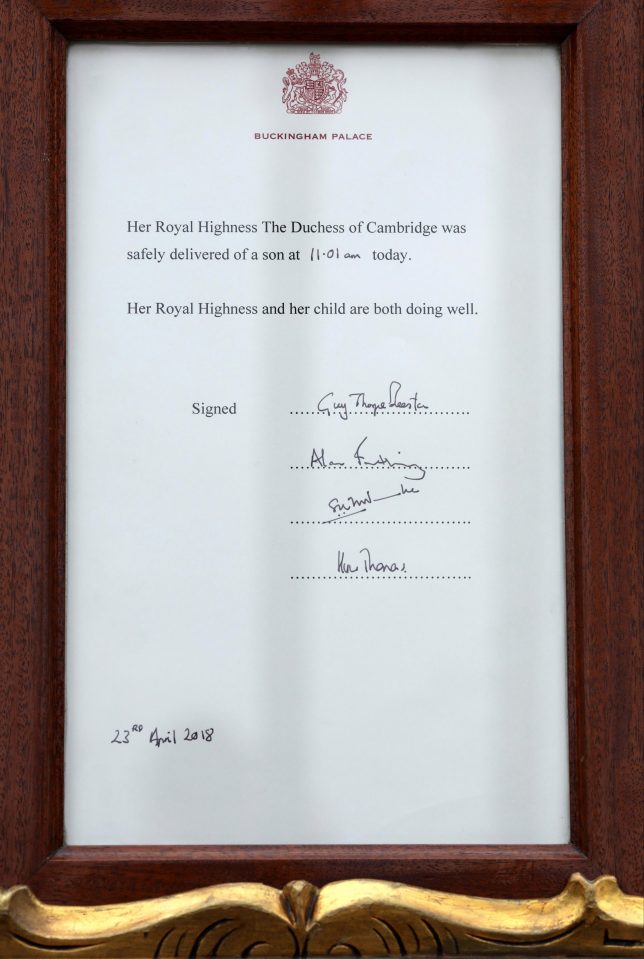 The Queen today celebrated the birth of her latest great-grandchild with a horse back ride at Windsor Castle.