So it is no surprise that the fashionable royal women have a number of secret tricks for ensuring they always look picture perfect. 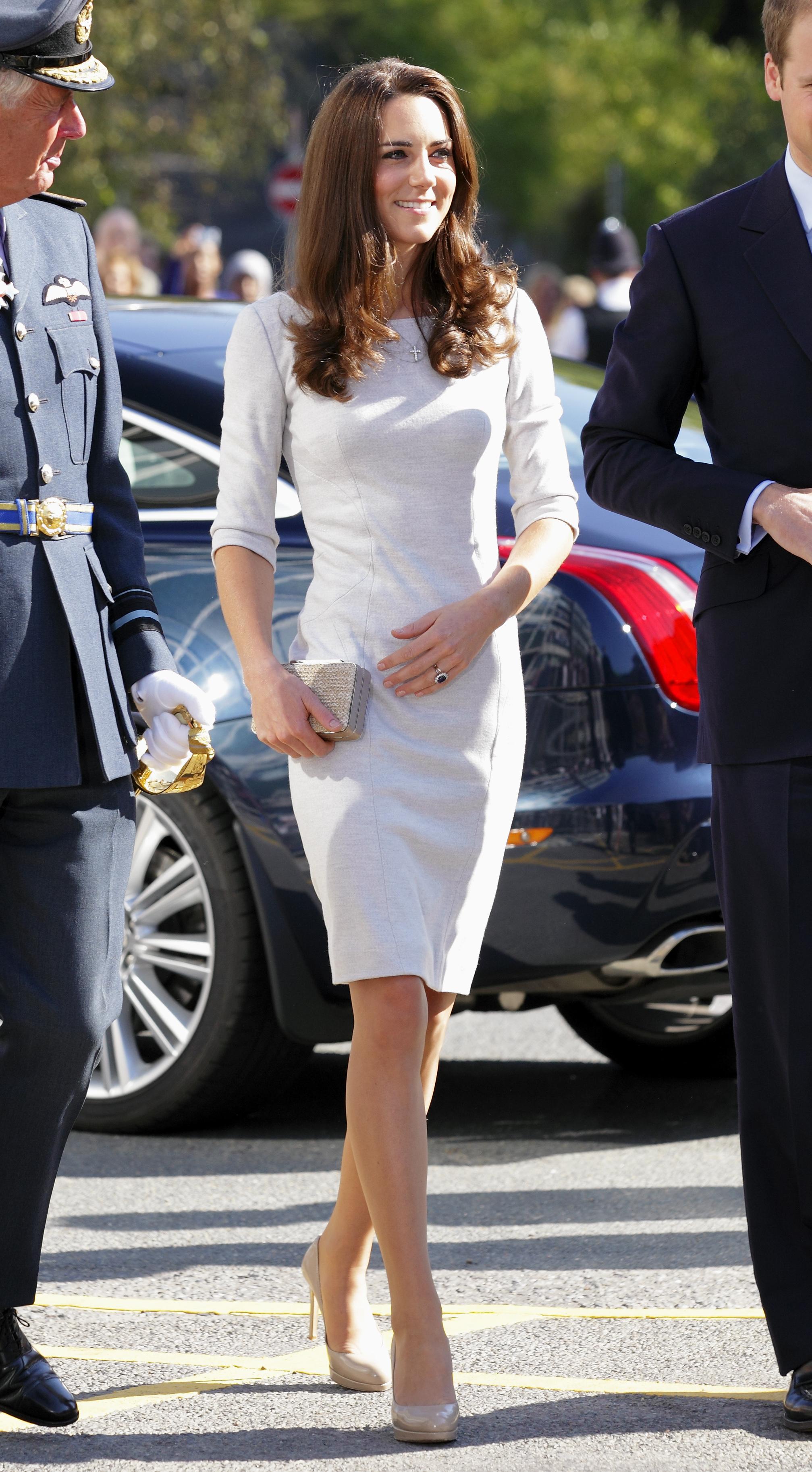 One hack helps the likes of Meghan Markle and Kate Middleton from having an awkward wardrobe malfunction, such as their skirt blowing up if it is windy.

Another trick means that they don’t slip around in their high heels if they are wearing tights.

Meanwhile, the royal women have a way of ensuring that they don’t get blisters if they are wearing stilettos for long periods of time.

Here are some of their top hacks, that you can replicate at home… 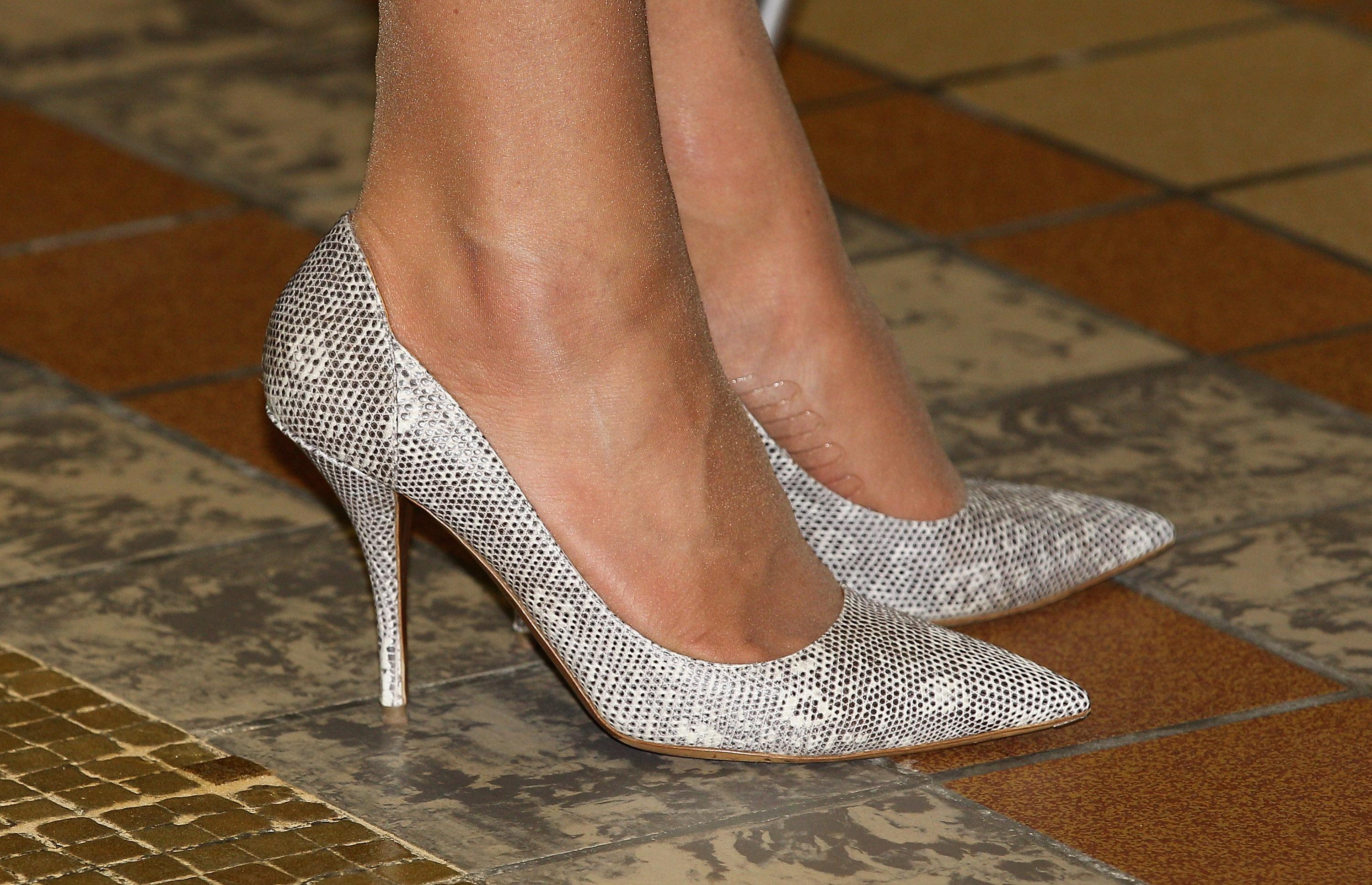 Kate Middleton has a handy hack for ensuring that she never slips out of heels and that her tights don’t slide round during an event.

The Duchess of Cambridge was pictured with sticky pads inside her shoes, which help to secure her inside her heels – genius!

And the best part is that the product won't break the bank.

You can buy the must-have, non-slip tights from John Lewis for just £5, and they come in nude, black or tan shades.

Bodysuits to prevent skirts blowing up 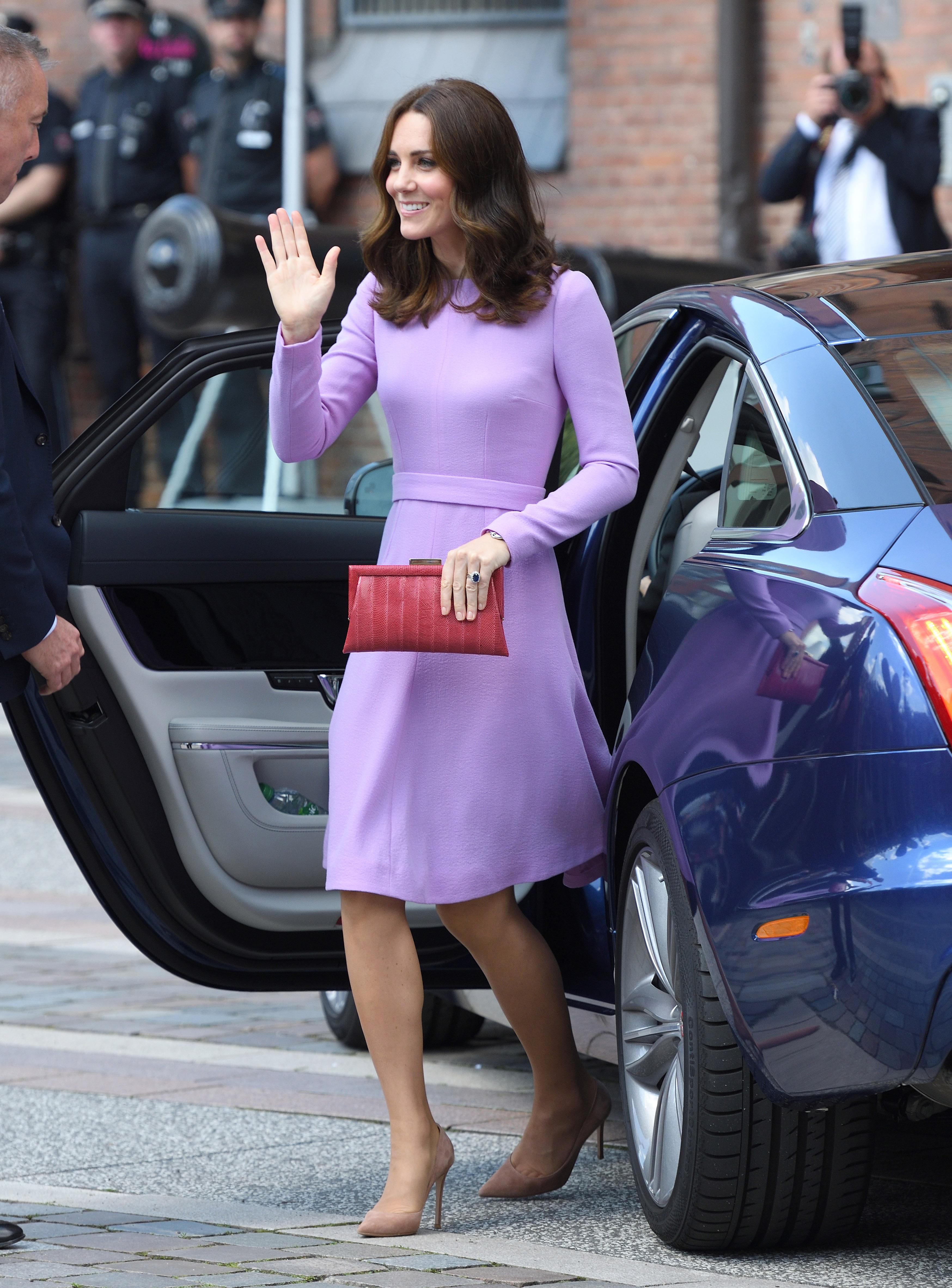 With millions of eyes watching Meghan Markle and Kate Middleton’s every move, avoiding a wardrobe malfunction in the wind is critical.

Etiquette expert Myka Meier revealed that the stylish royal pair have a sneaky trick to stop their skirts blowing up in public and revealing their underwear.

Speaking to the Sun Online, Myka, founder of Beaumont Etiquette, revealed: “Often they wear bodysuits and clothes that actually increase static so it’s much hard for something to fly up.

“So you have an under garment that is almost like a bodysuit that is one tactic that is used.

“I know when I went to finishing school we were taught that when you are on the tarmac, if you do not use weights or heavy weighted material, you make sure it will not fly up by wearing under garments that keep the fabrics connect to your body.”

Bodysuits to prevent tops bunching up 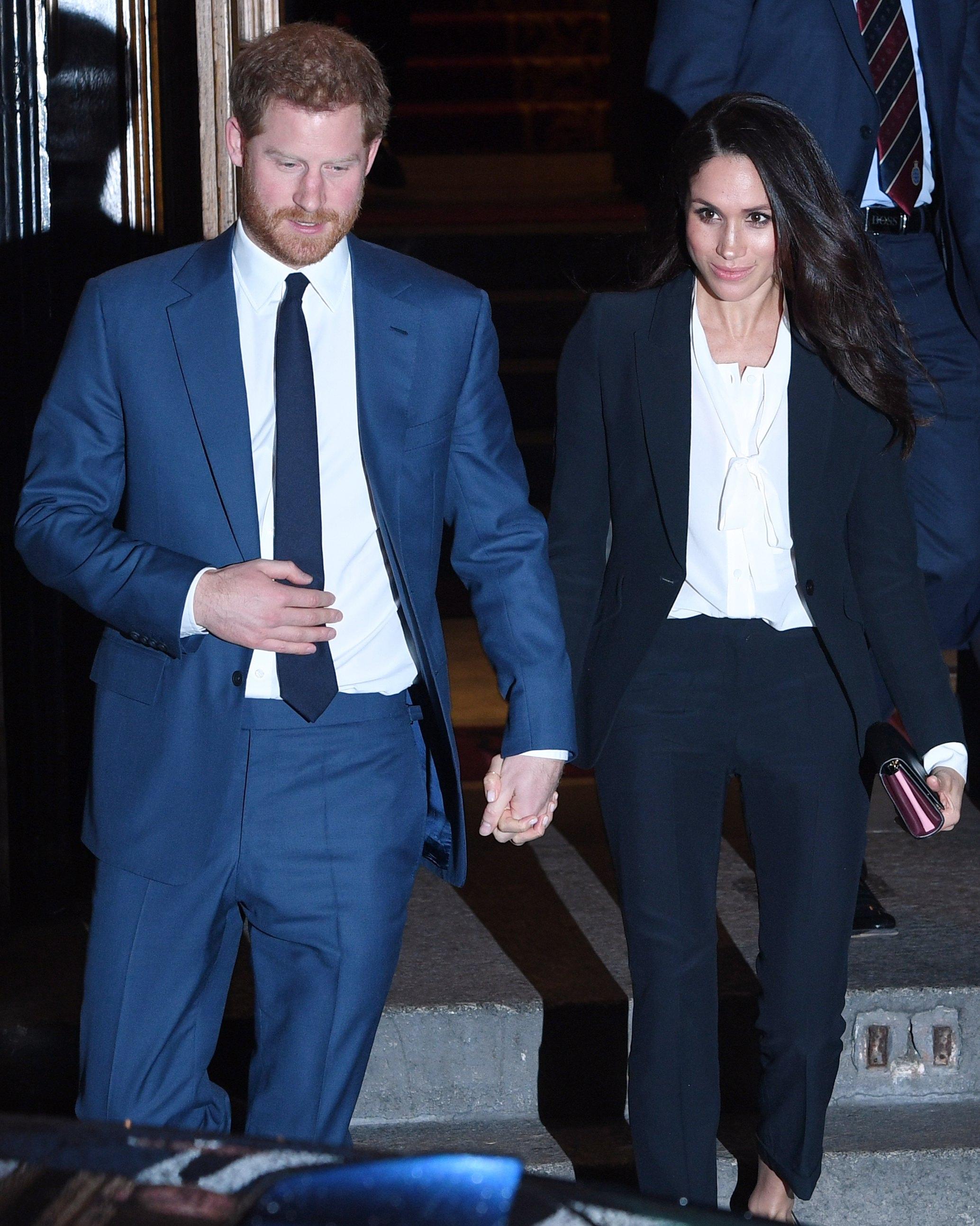 Meghan also loves wearing bodysuits instead of tops, so that they don’t bunch up.

The 37-year-old has been pictured wearing a number of all-in-one styles over the last few months, including a £230 cashmere bodysuit by US brand Tuxe. 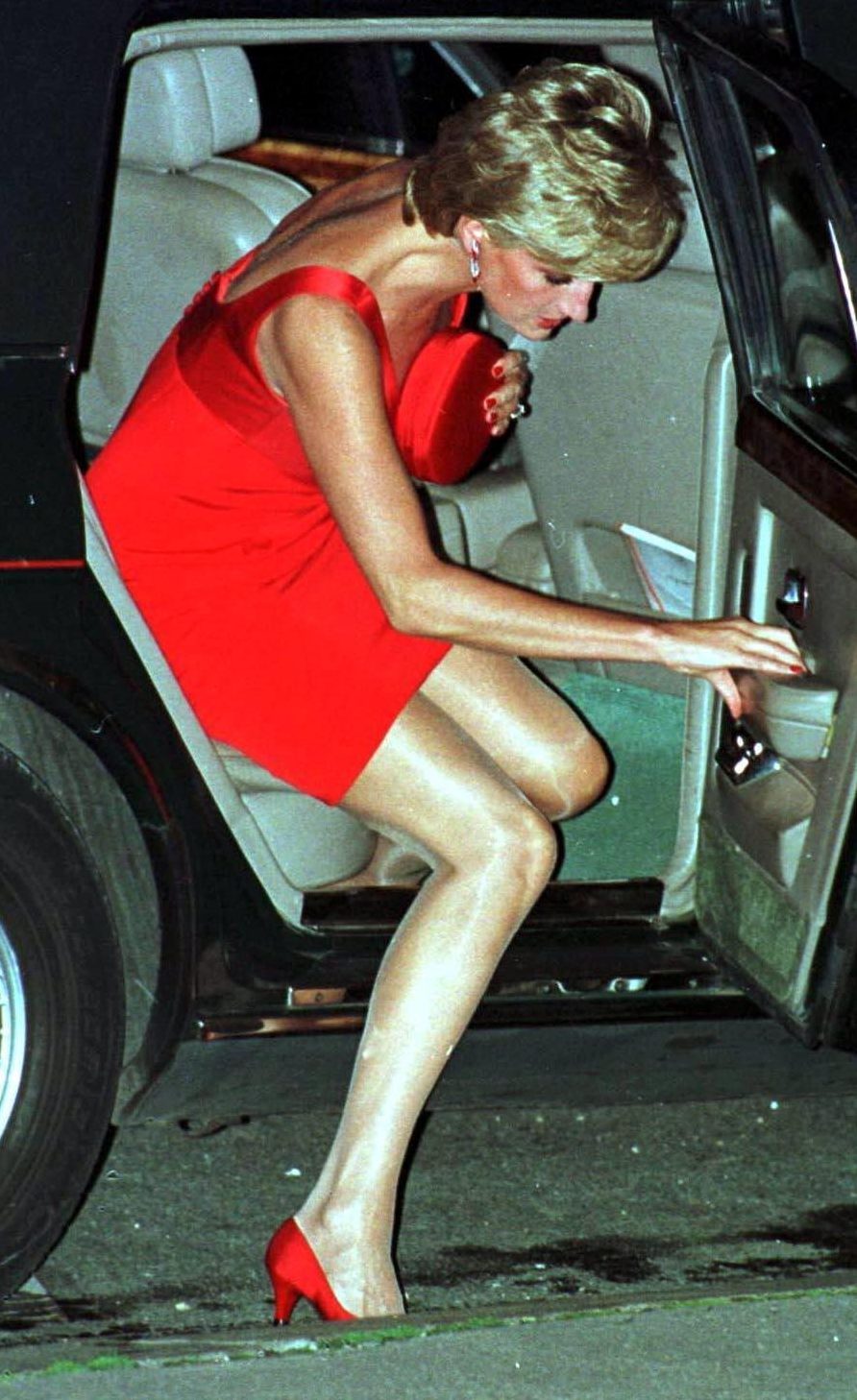 The royal family always dress appropriately and avoid any skimpy or revealing outfits.

But on the odd occasion when they are stepping out of cars, bags can play a big role in maintaining modesty.

Princess Diana was said to be a fan of using clutch bags to cover her chest and her bag designer Anya Hindmarch even called them her “cleavage bags.”

Shoes one size too big 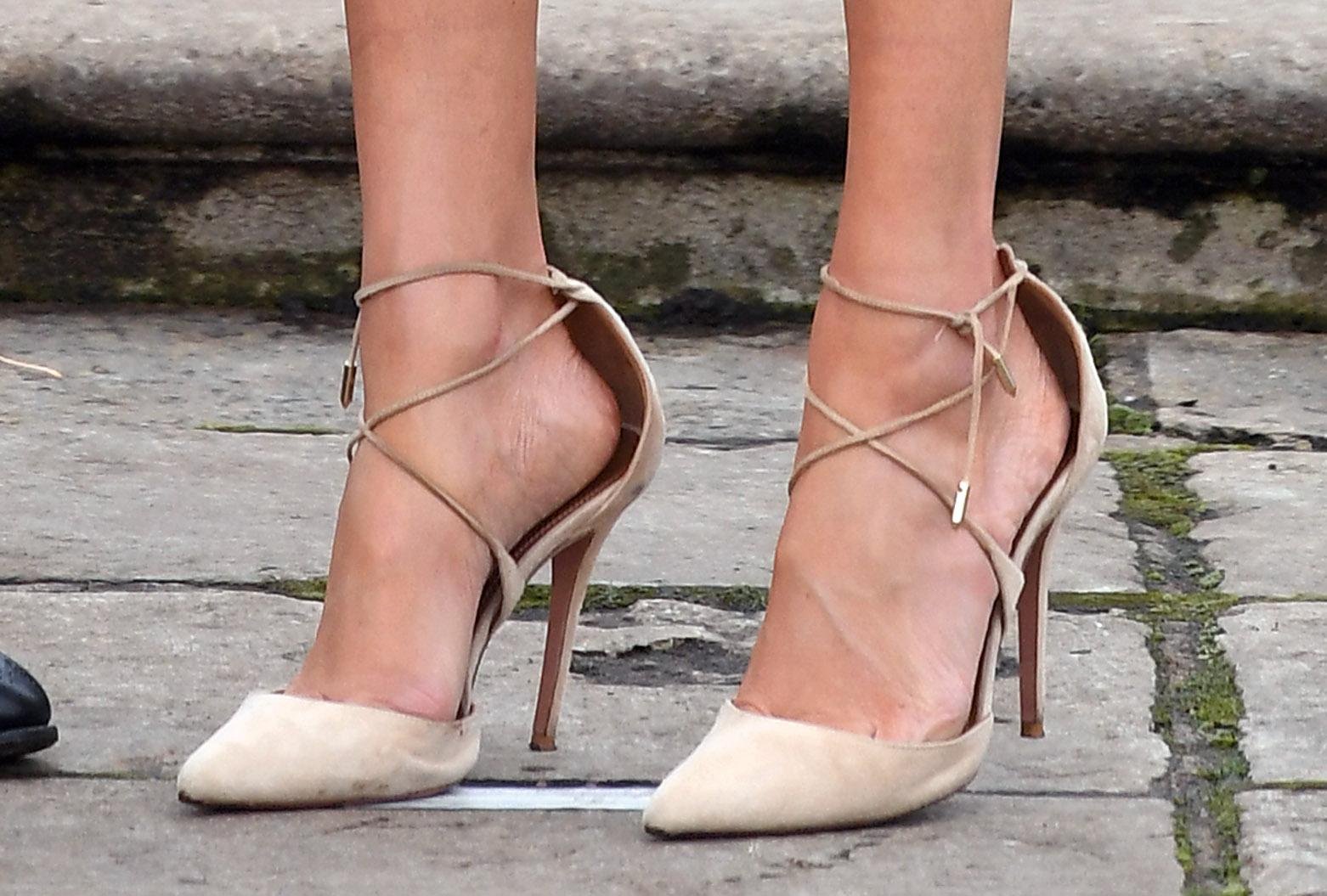 They nearly always look impeccable, but you may have noticed something strange about Kate and Meghan’s shoe habits – they're always far too big.

Upon closer inspection, it appears there's often at least a half-centimetre gap between the back of the shoe and her heel.

According to Fabulous fashion expert Harriet Davey: "Celebs often go a size up, or even two, in the shoe department when they're at an event or on the red carpet and it's for one reason we can all relate to – to avoid blisters.

"There's nothing worse than uncomfortable shoes (we've all been there on a night out) and when celebs like Meghan are wearing heels for a long period of time their feet can often swell up."

To avoid dresses blowing up in the wind, women in the royal family put weights in their dress hems.

Stewart Parvin, one of the Queen's couturiers, told the Daily Mail: "Surprisingly, it is nothing fancy.

"I use curtain weights, lead weights, from Peter Jones’s curtain department. We call them penny weights."

Hats to keep hair out of faces on runways 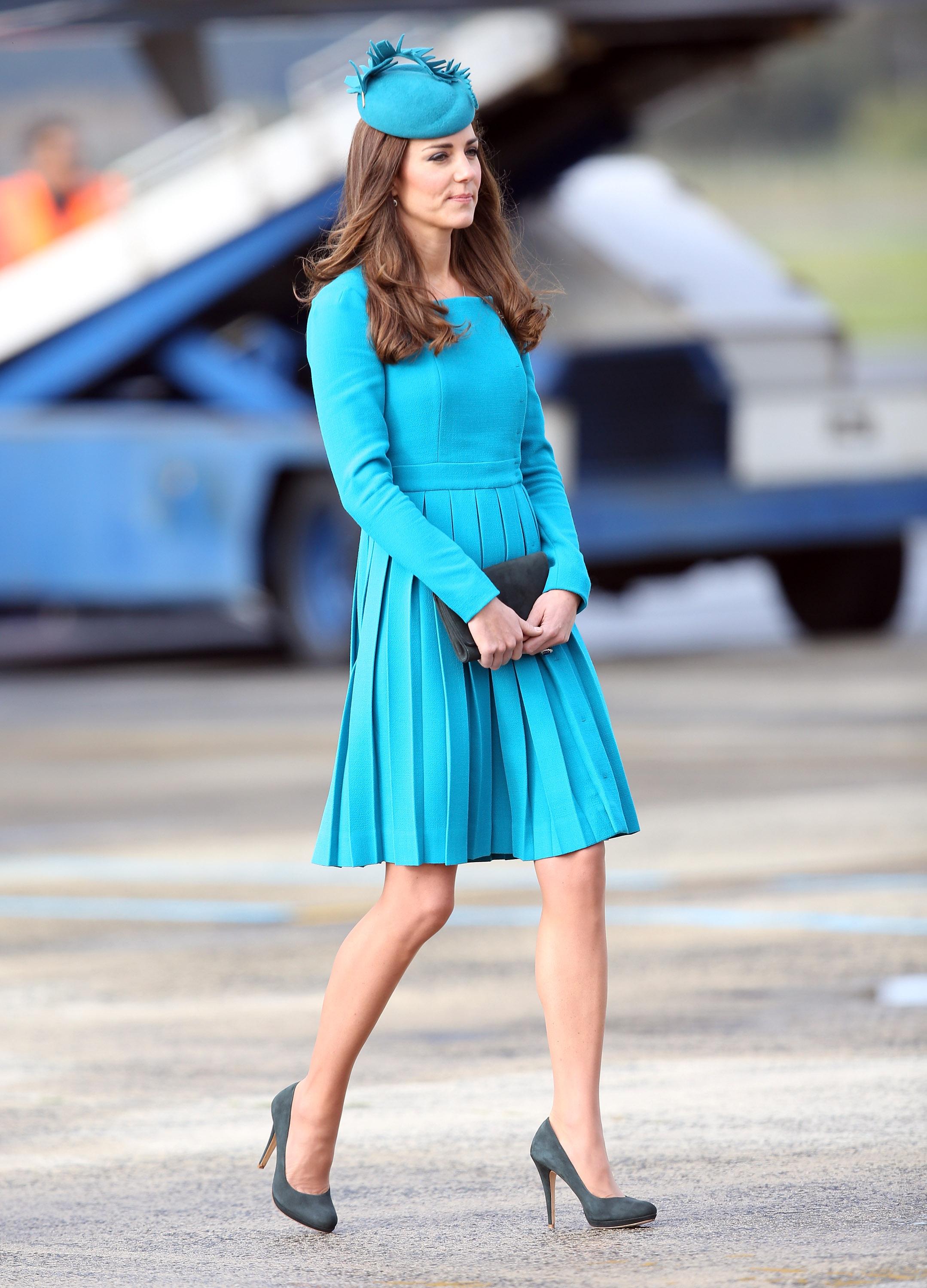 Myka revealed another trick that is often employed specifically for runway appearances as it can be windy.

She said: “Often it’s so windy and breezy that hats are used to keep hair in place.

“Just like the dresses fly up, so does your hair. Right when you walk off the aeroplane those are the first photos that go viral, so the hat is often used right when they walk off for that reason.” 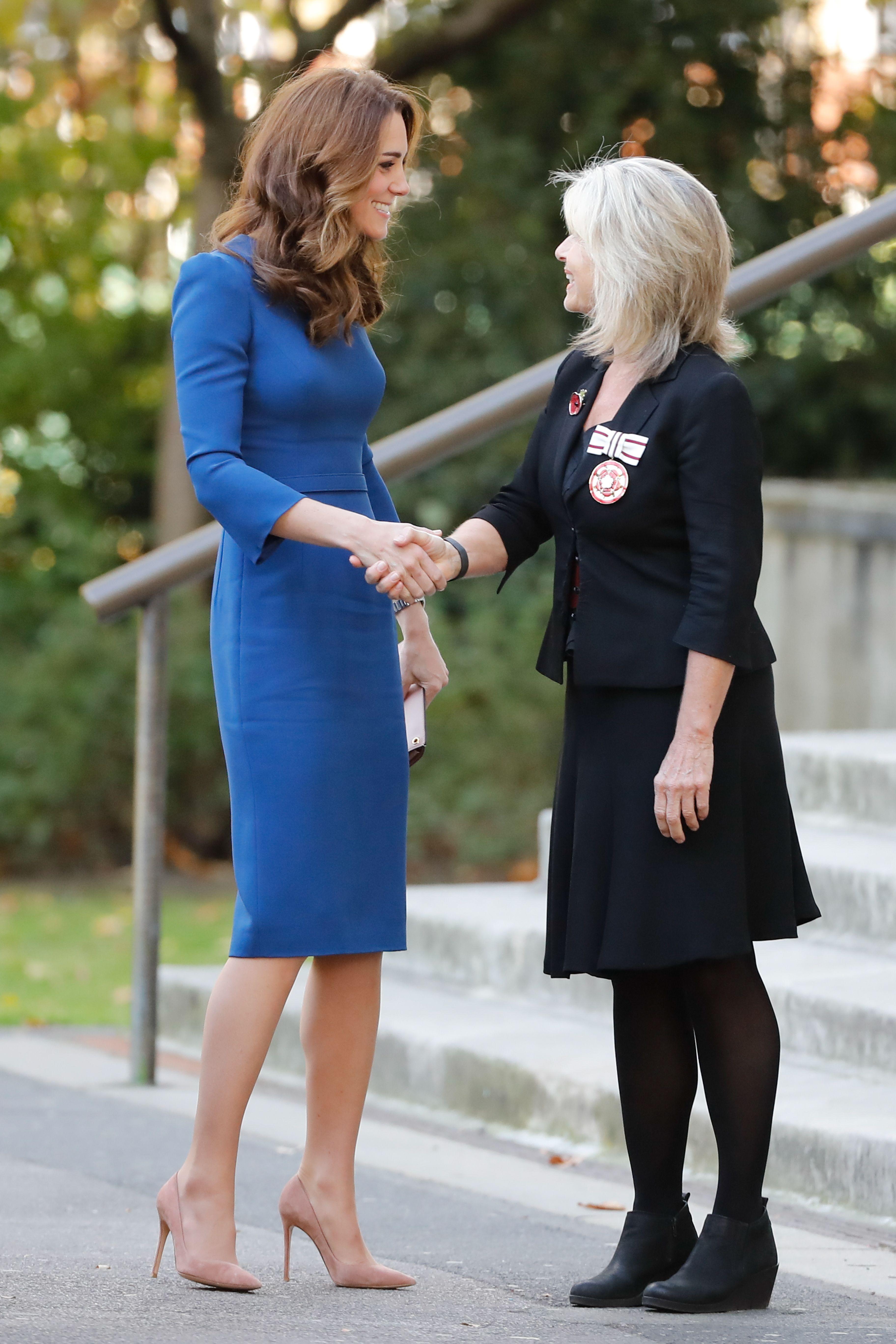 We hardly see royals in anything other than heels.

But we all know how painful they can be, so how does they manage to wear them throughout long royal engagements – all while keeping a smile fixed on their faces?

According to a Vanity Fair article – which was first published in 2015 but has recently been doing the rounds on the internet again – Kate uses Alice Bow insoles.

The brand's website describes its leather insoles as being "designed to cushion the ball of your foot and heels, whilst being thin enough to fit unnoticed into any shoes".

Etiquette expert William Hanson claims that shorts on young boys are a silent British class marker and trousers are deemed “suburban” – something no self-respecting royal would want to be considered.

Meanwhile, these are the 12 weirdest rules the royal family have to follow.

It was recently revealed by royal insider Victoria Arbiter that it is required of the women in the family to wear tights during public occasions.