A ONESIE with a built in bean bag sent Twitter into melt down last week when it was tweeted by tech company ThinkGeek.

The retailer shared a snap of the sea green jumpsuit which features a very padded rear, giving the wearer somewhere to sit wherever they go. 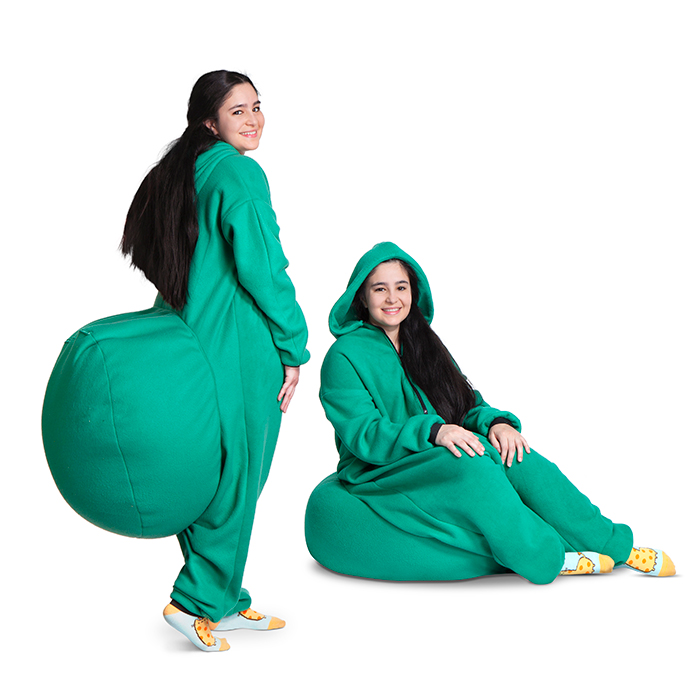 However, it soon transpired that the product, which was advertised at $89.99 (£69) was a joke with shoppers being met with an “April Fools” message when they tried to add it to their bag.

But now disappointed customers are calling for the company to produce the quirky onesie with many describing it as useful.

Tweeting the company one wrote: “I know it’s an April Fools joke, but I couldn’t help but think this could be useful.”

Agreeing another added: “I know it’s a Jokes Day product, but as a onesie fan I’d like to try this thing (sic).”