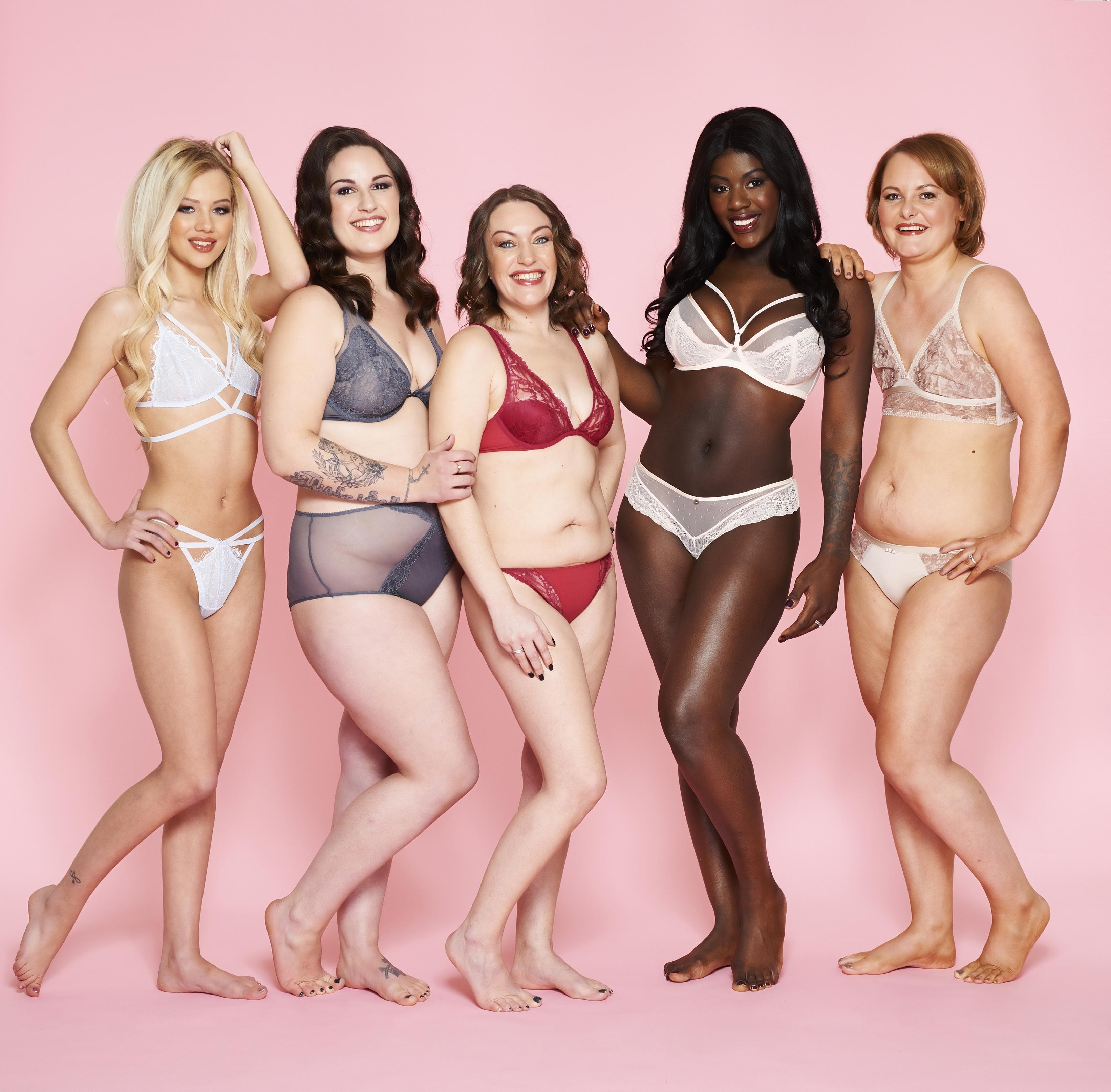 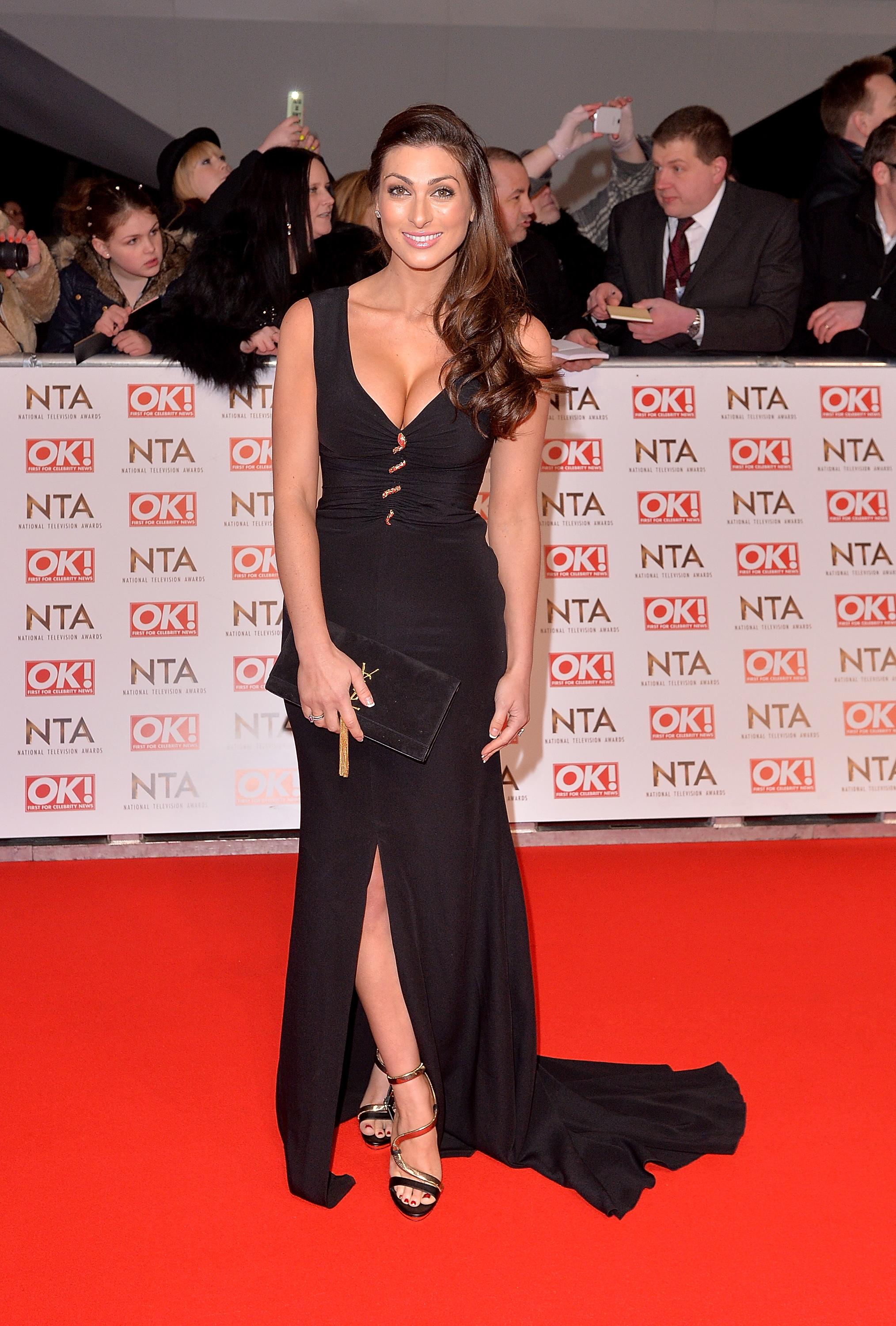 Meanwhile, Cara Delevingne said on Instagram her boobs have grown and she is “proud” of them.

Five women tell CLAIRE DUNWELL why they love their boobs – and why women should learn to embrace their own treasured chests.

'Doesn't made me less of a woman'

COURTNEY HARRIS, 19, who is a size 32A, was bullied at school for being flat-chested. Now she works as an underwear model and loves her boobs. Courtney, from Swindon, says: 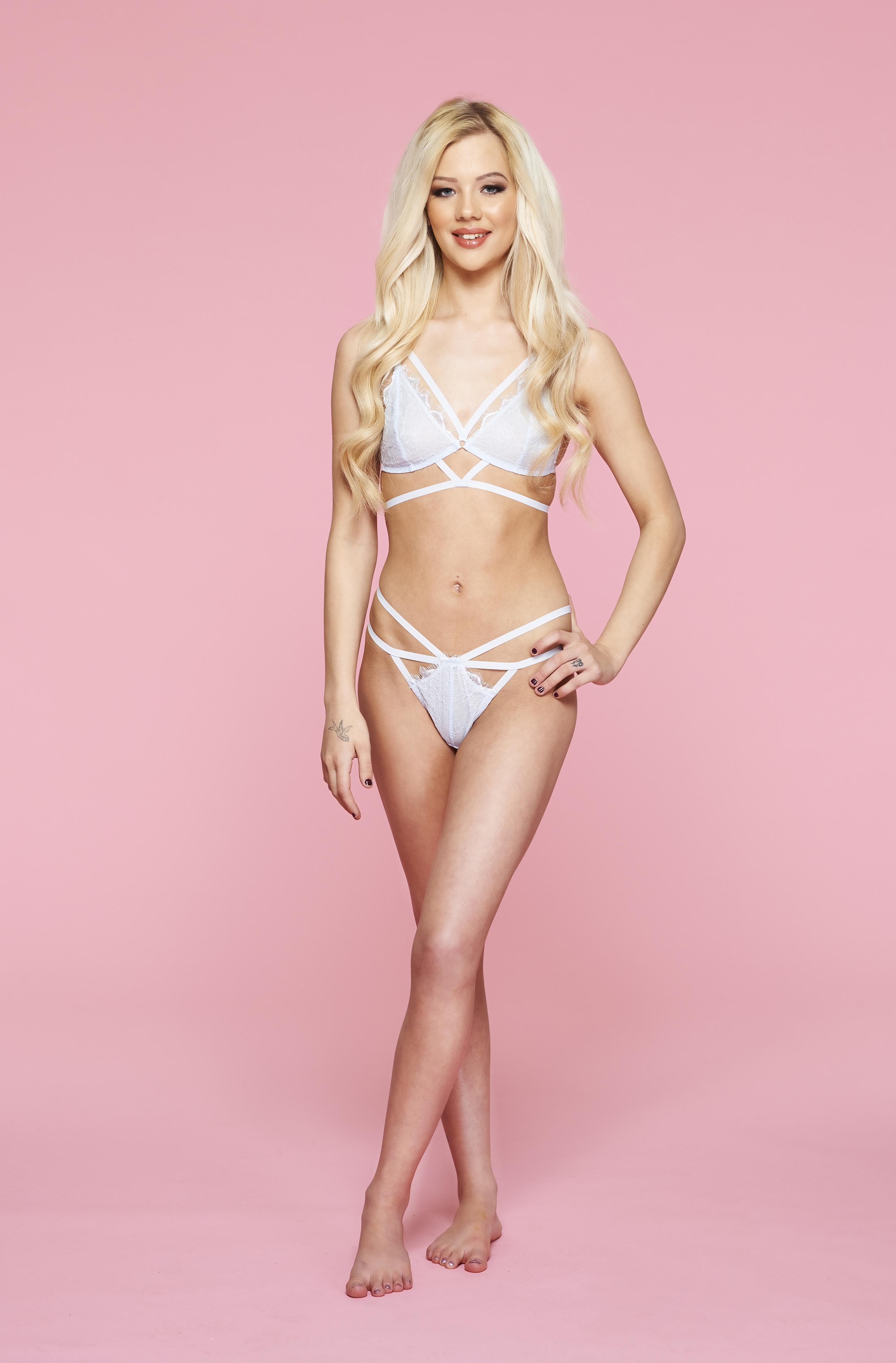 "I missed 18 months of school when I was a teenager because I was bullied about my boobs. I became very depressed. The other children said I looked like a boy and I didn’t have boobs because I was too skinny.

I’d never take my clothes of in front of the other girls in PE lessons. They laughed at me, so I always got changed in the toilet.

At 15, I decided I wanted a boob job. I was really depressed about being so flat-chested.

I was in a relationship for three years and, for the first year, I wouldn’t take my top off in front of him. I convinced myself men only like women with large boobs. He tried to reassure me, but I was too self-conscious. 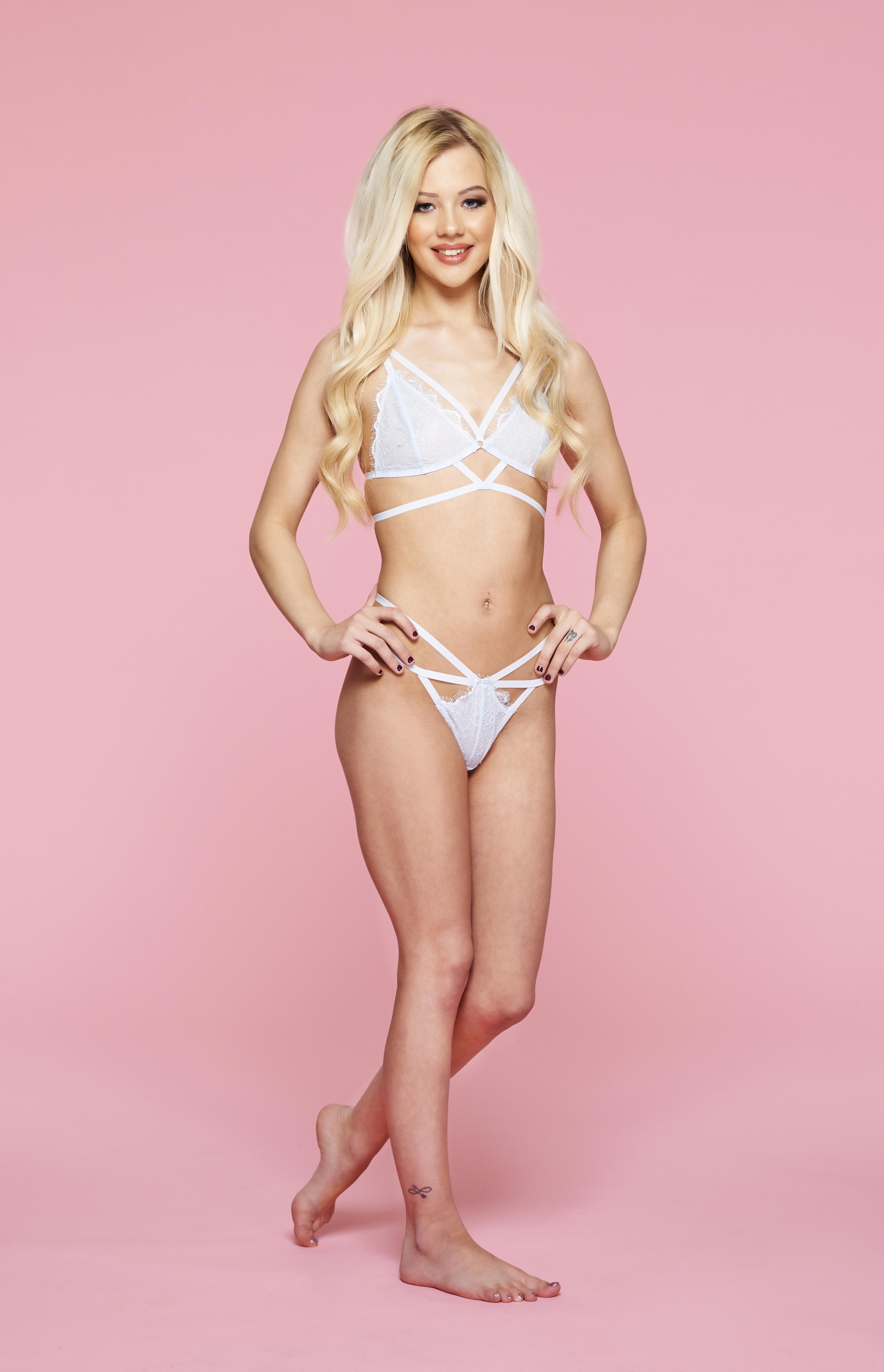 My self-confidence came last year when I got into modelling. My mum used to be a model, so I decided to do a photoshoot one day and really enjoyed it. I was thrilled to be signed by an agency.

Photographers and other models reassured me it didn’t matter if I was flat- chested. I started to believe it.

I’ve done modelling for Ann Summers, which was a surprise because I used to think the firm would only like women with big chests.

I saved £3,000 for a boob job but I would never go through with it now. I’ve learned to love them and, as I’m a size 6, I know I would look ridiculous if they were huge. 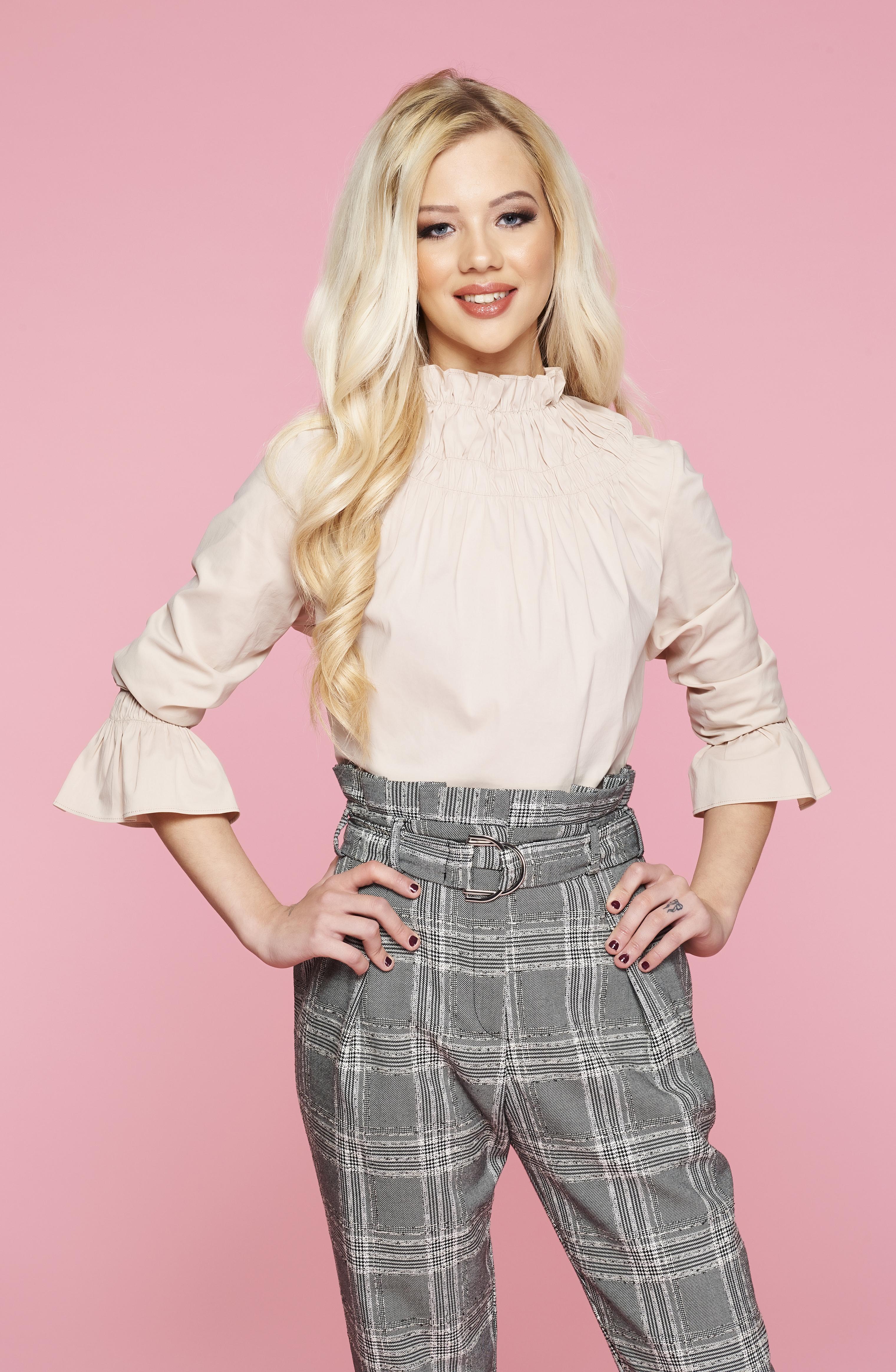 It doesn’t make me any less of a woman just because I’m an A-cup."

'They are on me to feed my baby'

KITCHEN assistant Katy Baker, 26, lives in Mottingham, South East London, with husband Ray, 30, a fence erector, and their two sons Harrison, five, and Elliot, two and a half. Katy, who is still breastfeeding Elliot, is proud of her boobs and their incredible role in motherhood. She says: 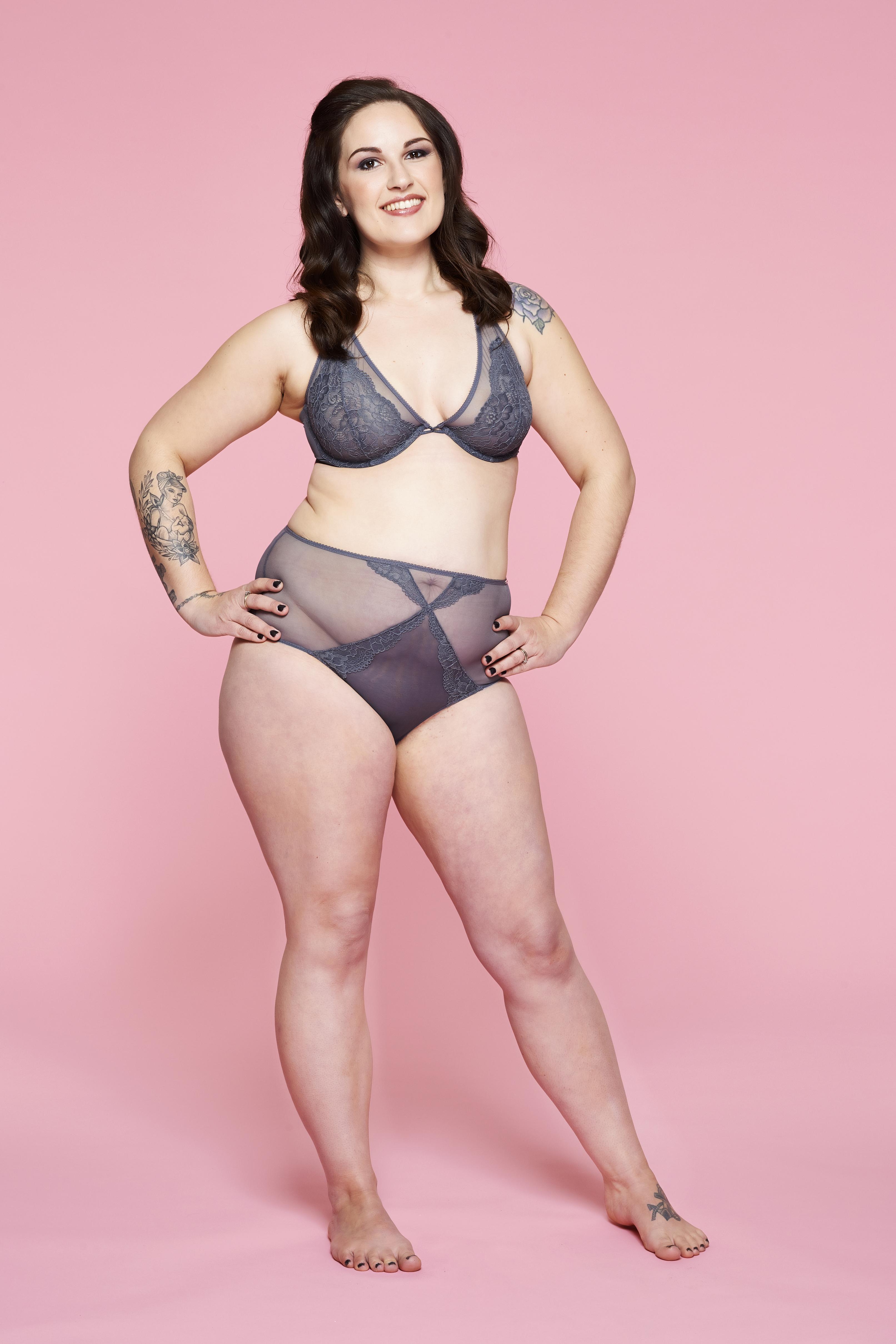 "My second son Elliot was 11lb 5oz at birth, which is pretty big. They sent me a lactation specialist to help me learn how to feed him from the very first moment. Having their support was crucial.

I didn’t breastfeed my eldest son Harrison. I was a young first-time mum and lacked confidence. But Elliot loves the comfort of being so close to me and it’s working out really well for both of us.

I’m a 36DD. I’ve always had big boobs. When I was at school I was a lot bigger than my friends. I got my first bra when I was still in primary school, I was about nine years old. I developed early.

After my first pregnancy I dropped from a DD to a B cup – they deflated to practically nothing. But they quickly increased to an F cup during my second pregnancy. 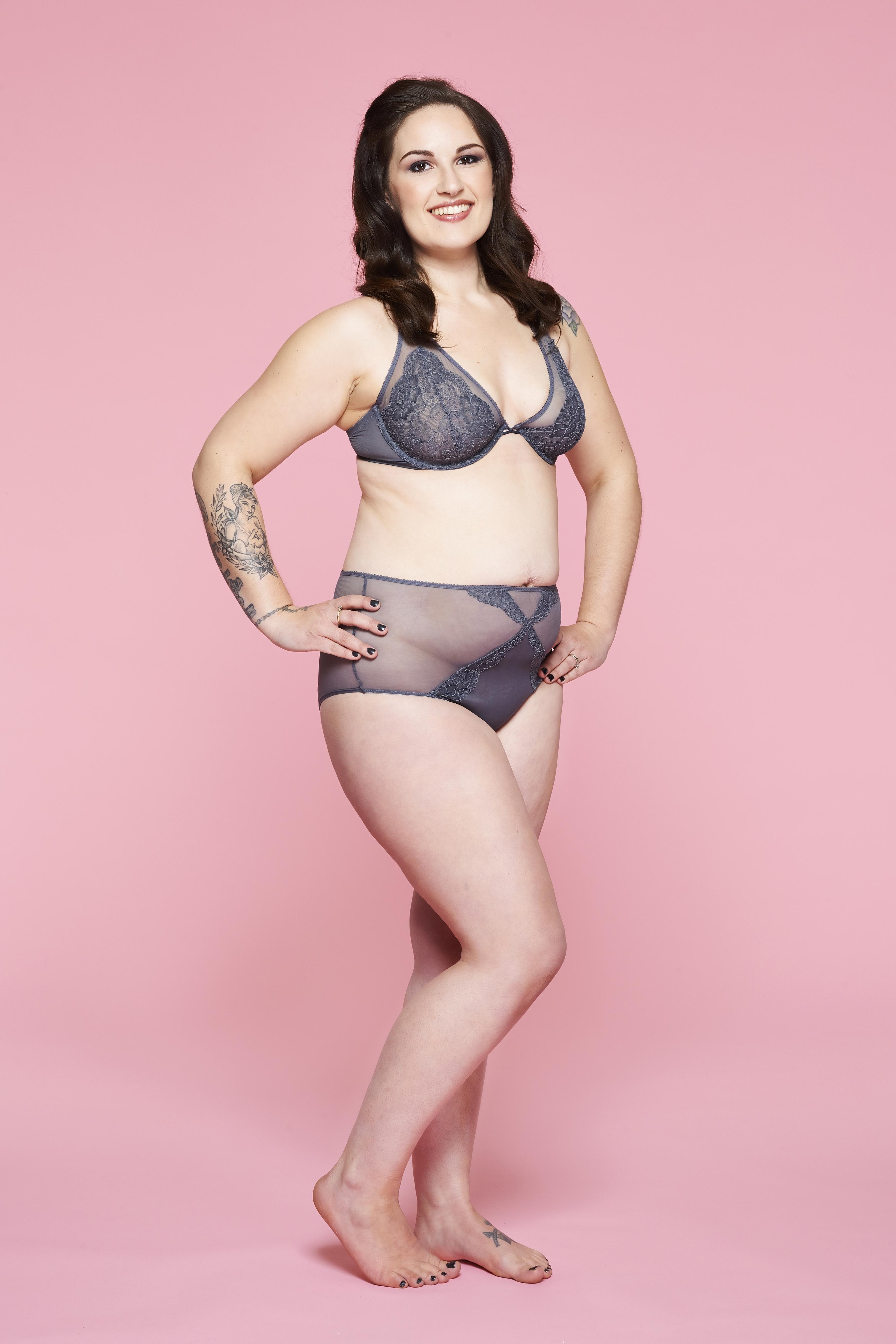 My boobs fluctuate up and down constantly.

I’m happy with what I’ve got. It’s amazing what they do.

If I have a big night out and they’re really deflated because I’ve just fed Elliot I don’t care.

They’ve done their job and that’s all that counts. 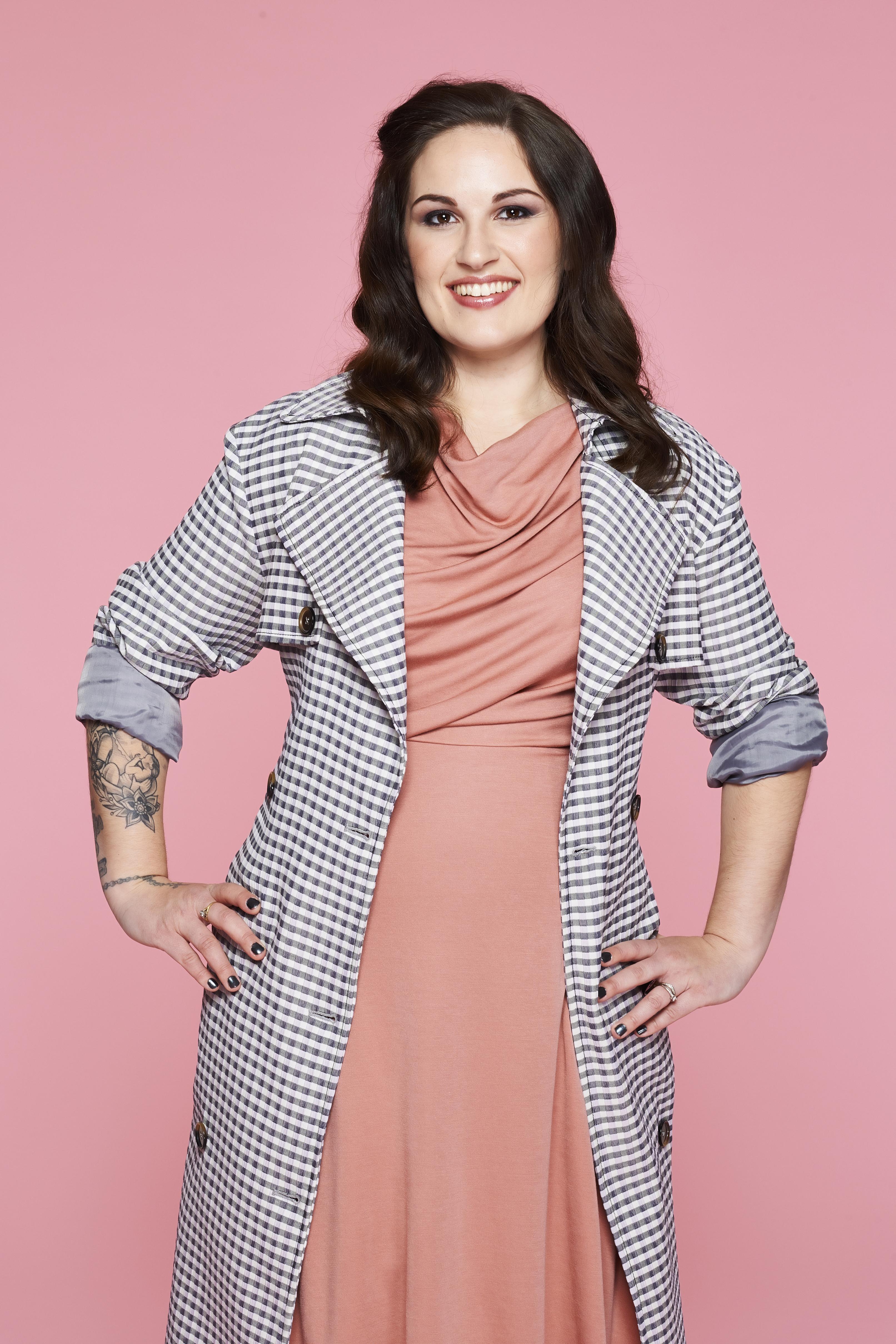 I’m not bothered by their appearance any more.

They are on my body to feed my baby and that’s what they do."

'I hope we inspire other women' 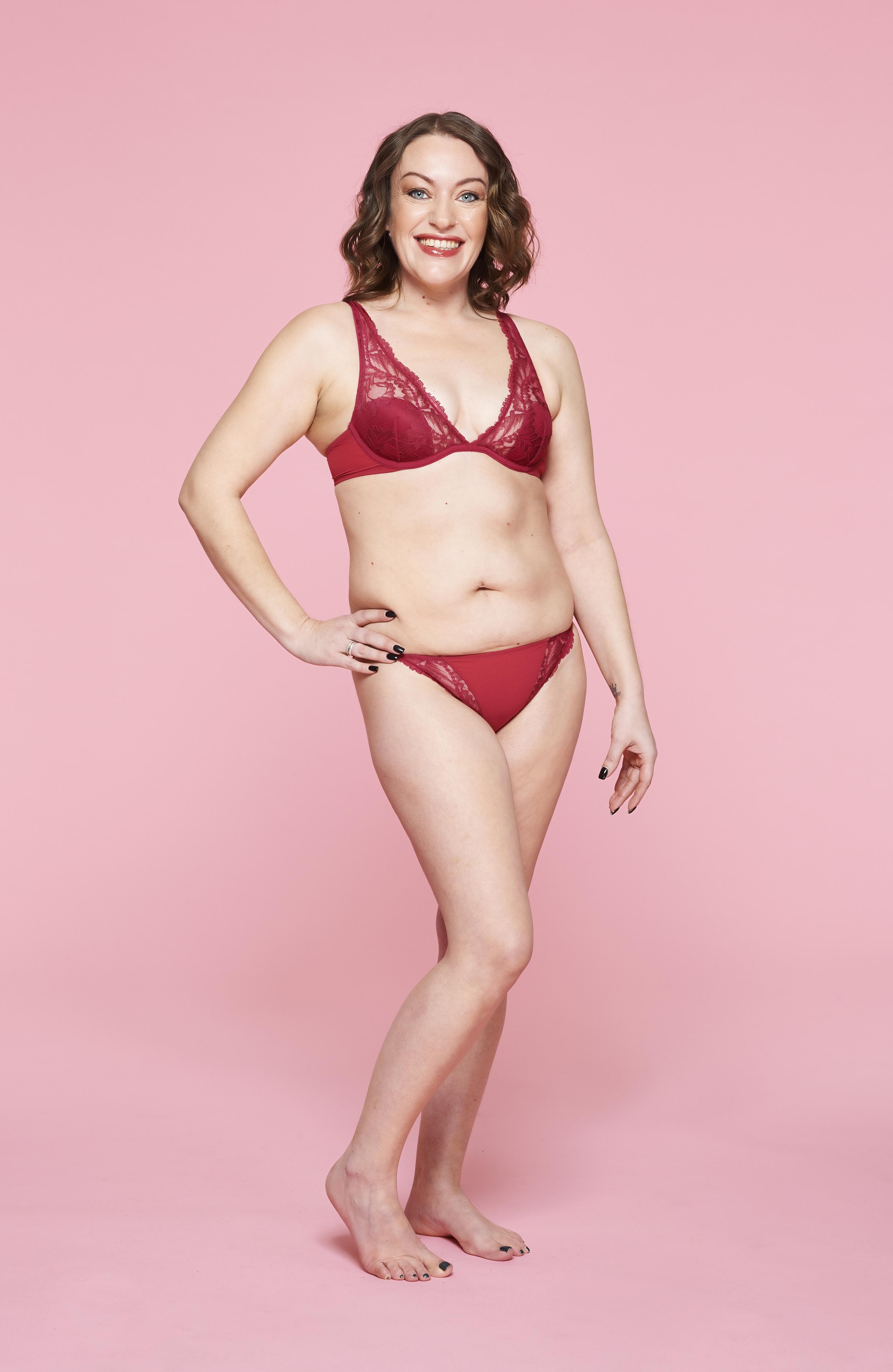 "I wear a 34A bra but my left boob is half a cup-size bigger than the right. It’s not a big deal and it is less noticeable when I’m wearing a bra.

Lots of women have breasts that aren’t the same size. I’ve always had one smaller than the other and it’s never bothered me.

I’ve become so much more confident about my body in my thirties.

I’ve come to realise women’s bodies are amazing and we focus too much on how we look on the outside. 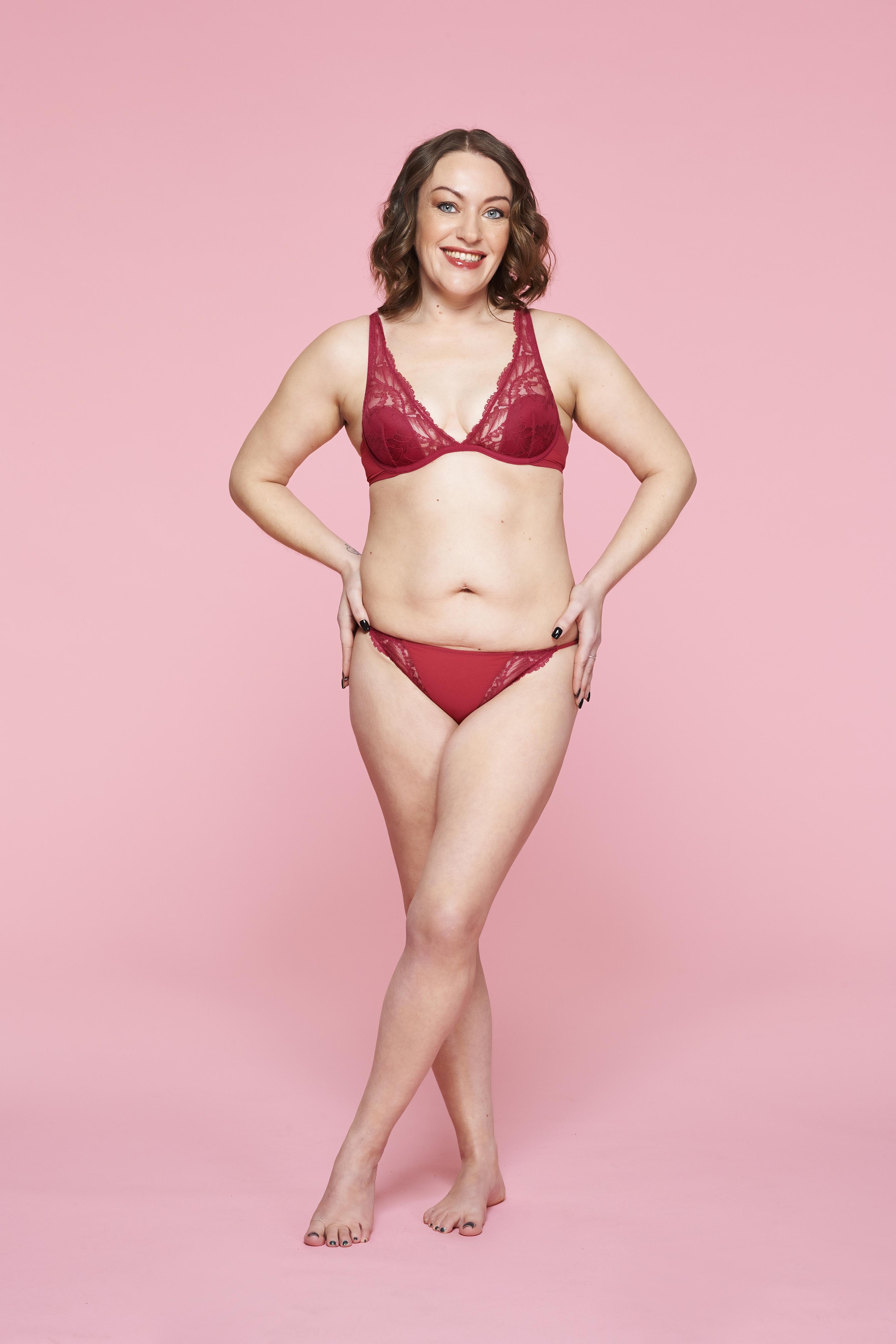 Nobody’s perfect and it’s how we feel on the inside which is important.

I have two amazing children and love the body I’m in.

Before having the boys, my boobs were perkier and fuller. But I’ve had two children and breastfed both. Why change them? I love that I don’t have to worry about wearing a bra all the time. In summer, I don’t feel self-conscious in boob tubes or strapless dresses.

Friends with larger breasts get backache and say how uncomfortable it is. 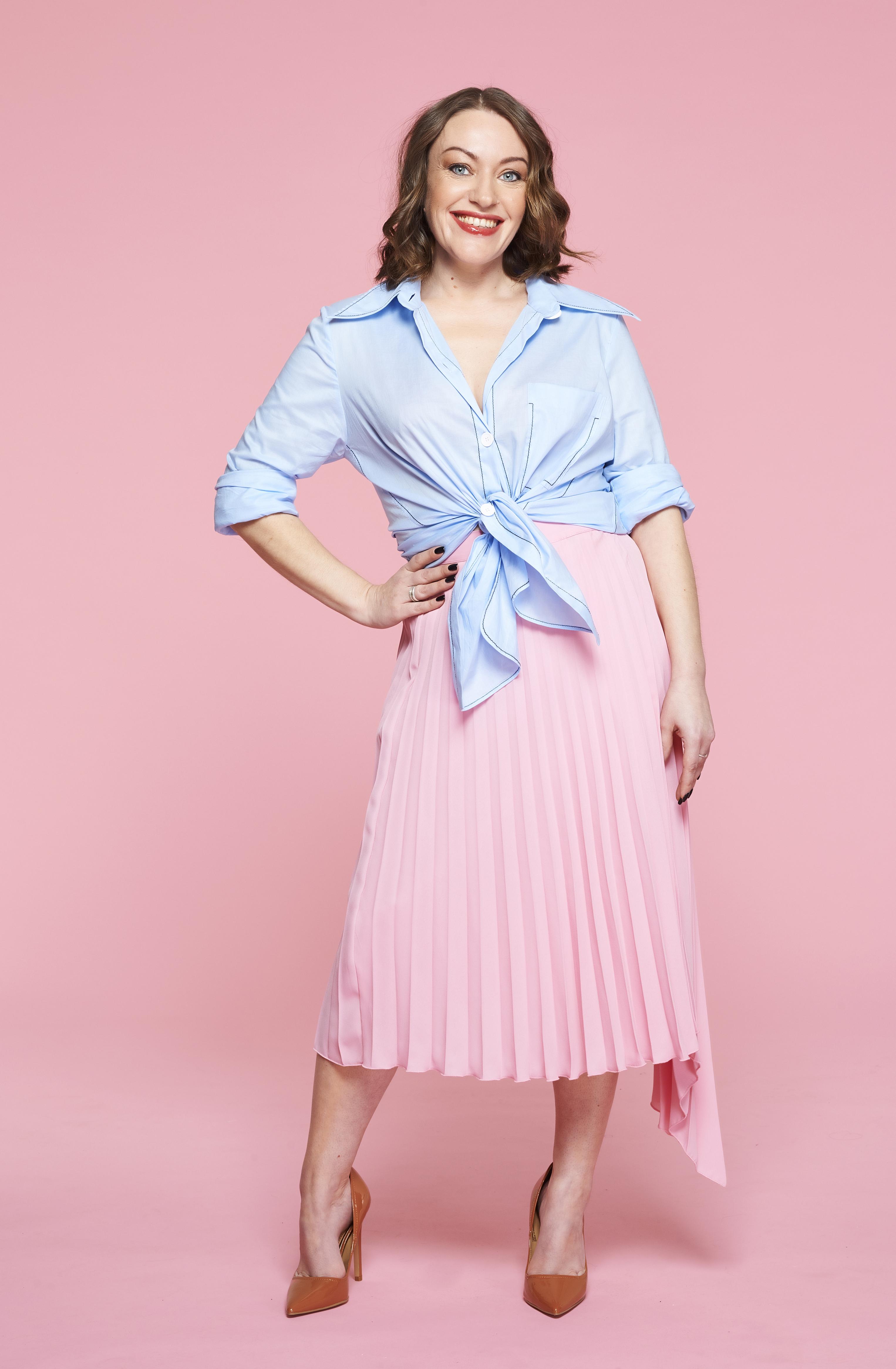 I don’t have those issues and, as I’m only 5ft 1in, I’d look strange with double-D boobs. I’m in proportion.

It was amazing to be in the shoot with other women who found the courage to share photos of their bodies. Unlike a lot of images in the media, we haven’t been photoshopped.

I hope we inspire other women to love their bodies, no matter what."

'Make most of what we've got'

FASHION boutique owner Ola Goldsmith, 31, lives in Nuneaton, Warks, with her nutritionist husband Alex, 33, and ten-month-old daughter Nylah. Ola wears a 32F bra and would not change her boobs. She says: 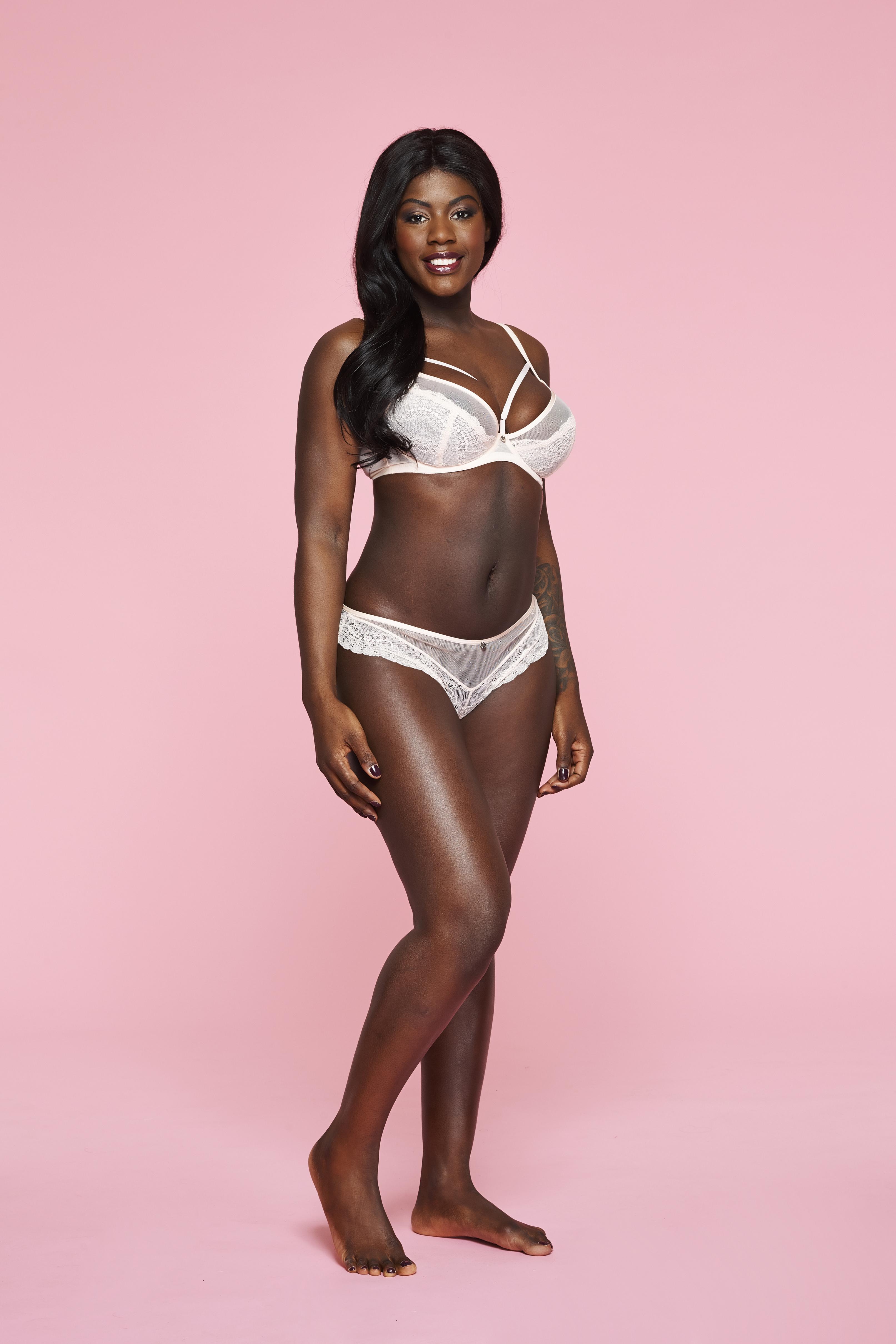 "When I was younger, I was a DD cup and always had bigger boobs than my friends. When I got pregnant, they went up to a G.

They were huge but it wasn’t the end of the world. I bought bigger bras.

I breastfed for ten weeks and, although my boobs aren’t as perky as before having Nylah, they did something amazing.

There’s no perfect boobs or body. I wear low-cut tops but I also cover up my boobs, too. 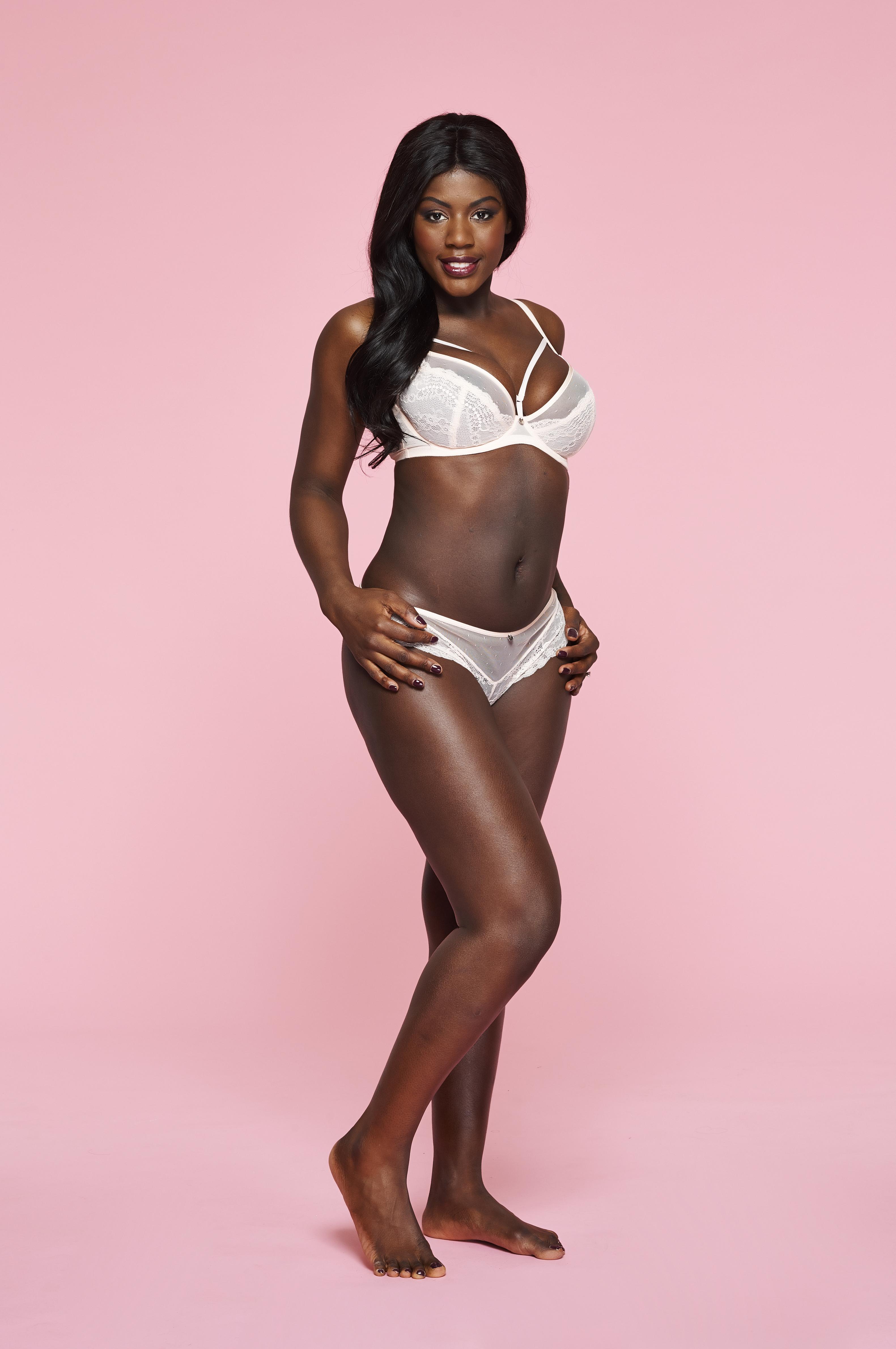 If I like a dress which shows cleavage and suits me, I’ll buy it. Sometimes it’s not appropriate, so I’ll go for something demure.

I’m not somebody who feels the need to constantly have my boobs on show just because they’re big. I try not to let my chest rule me.

I’ve been asked if they’re fake, which I take as a compliment.

I’m feel like I am lucky because some women pay a lot of money to have a chest my size. 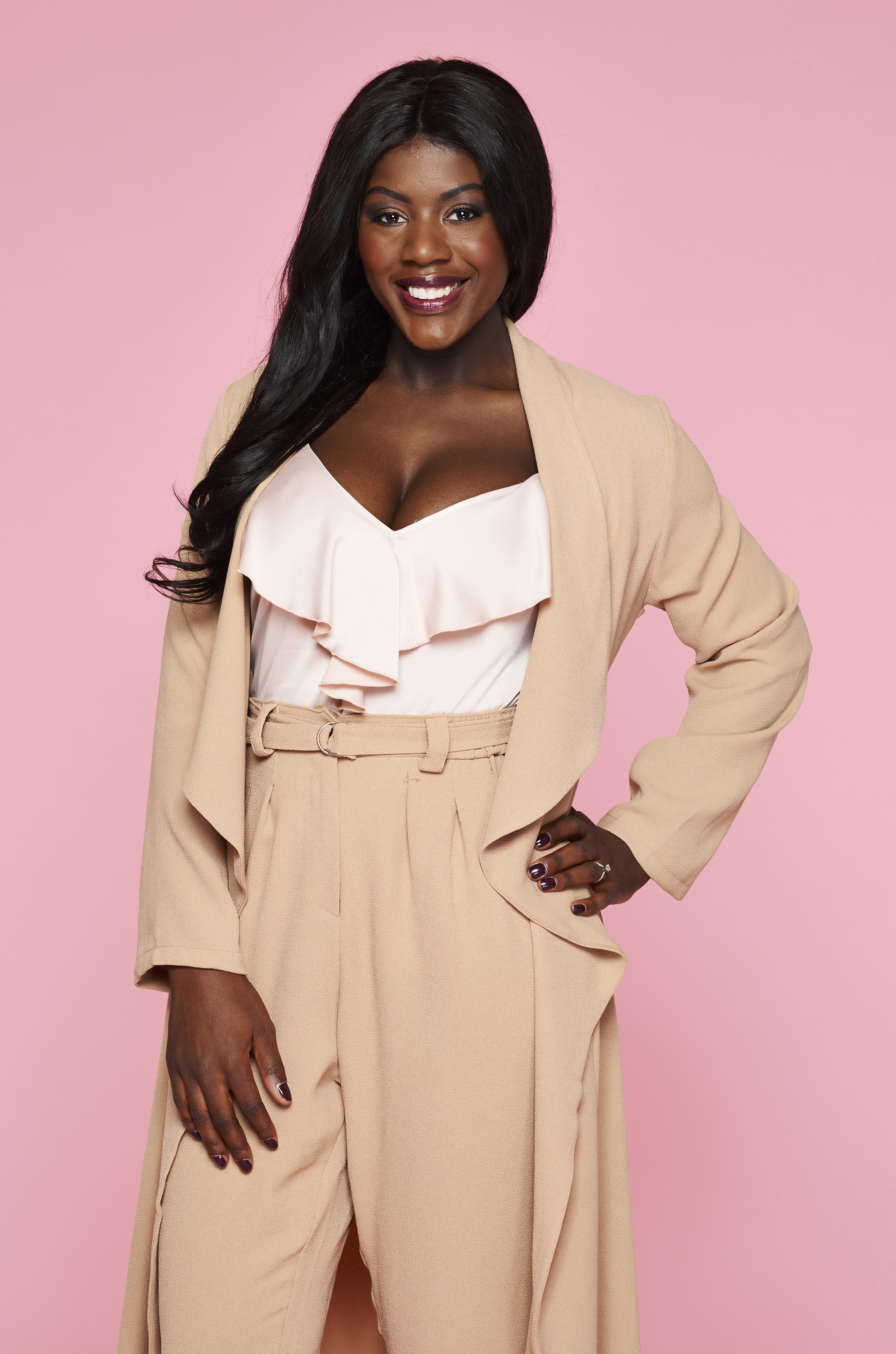 I would never have surgery to make them smaller, because they’re my best asset.

Of course, some days I do think that it would be nice to not have to wear a bra – or think about how they might look in an outfit – but I definitely wouldn’t change them.

Women should enjoy and embrace their boobs and feel confident and sexy.

I really believe It’s about making the most of what we’ve got, not what we haven’t.

Why waste time worrying? It is far better to embrace your body."

'Mastectomy was an easy decision'

FULL-TIME mum Cat Keeney, 33, lives in Motherwell, North ­Lanarks, with fiancé Thomas Hunter and children Alexander, five, and Eve, who is one. Three years ago, at the age of 29, she had a preventative double mastectomy after four female relations were ­diagnosed with breast cancer. Cat says: 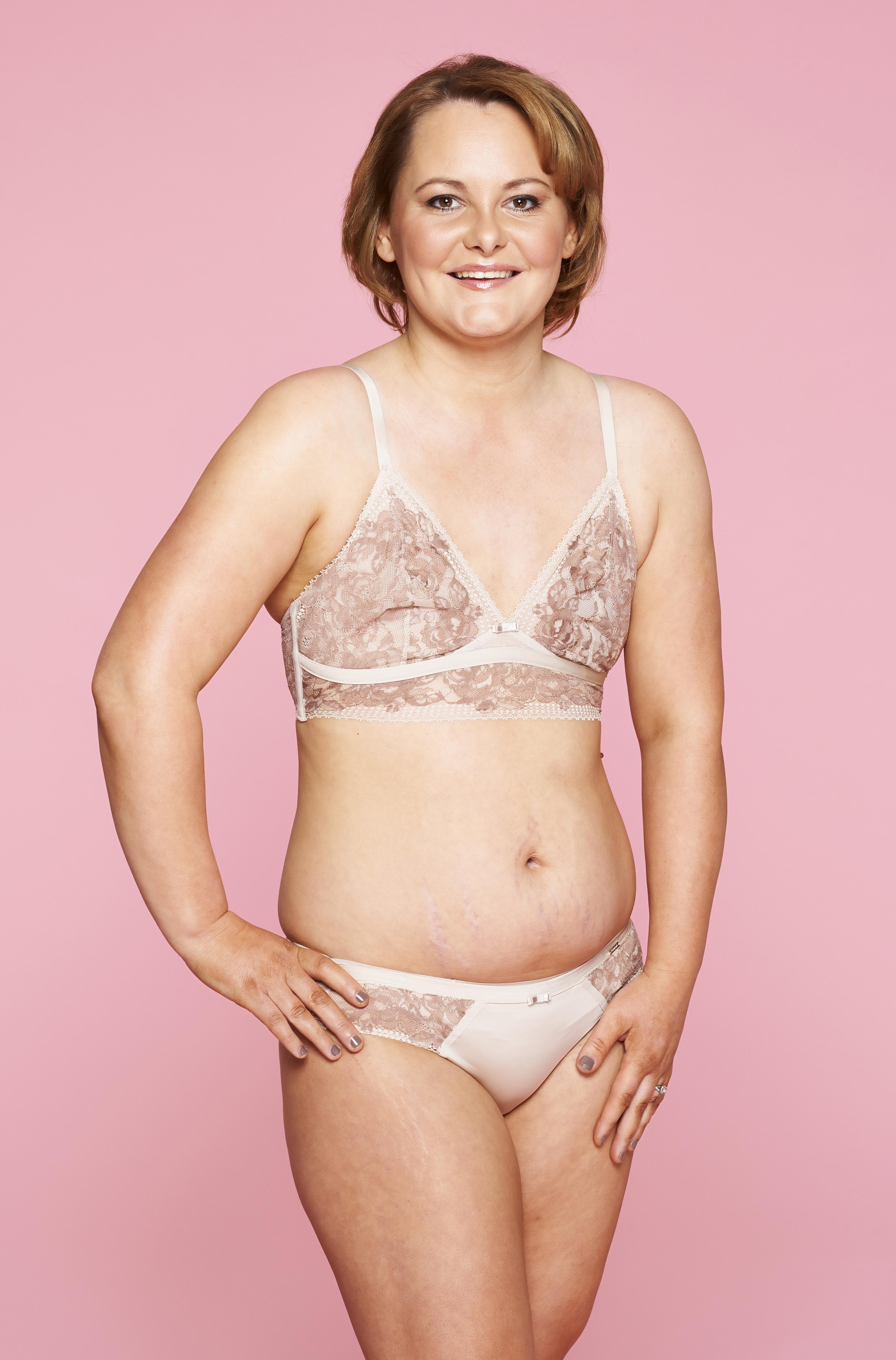 "My mum and three aunties all had breast cancer, and two of my aunties passed away in their early sixties from the disease.

It’s definitely hereditary, but we’re still not sure which gene is causing it to run through the family.

When I was told that I had an 87 per cent chance of developing breast cancer because of family history, having the mastectomy was an easy decision to make.

I just couldn’t risk not being around to see my children grow up. 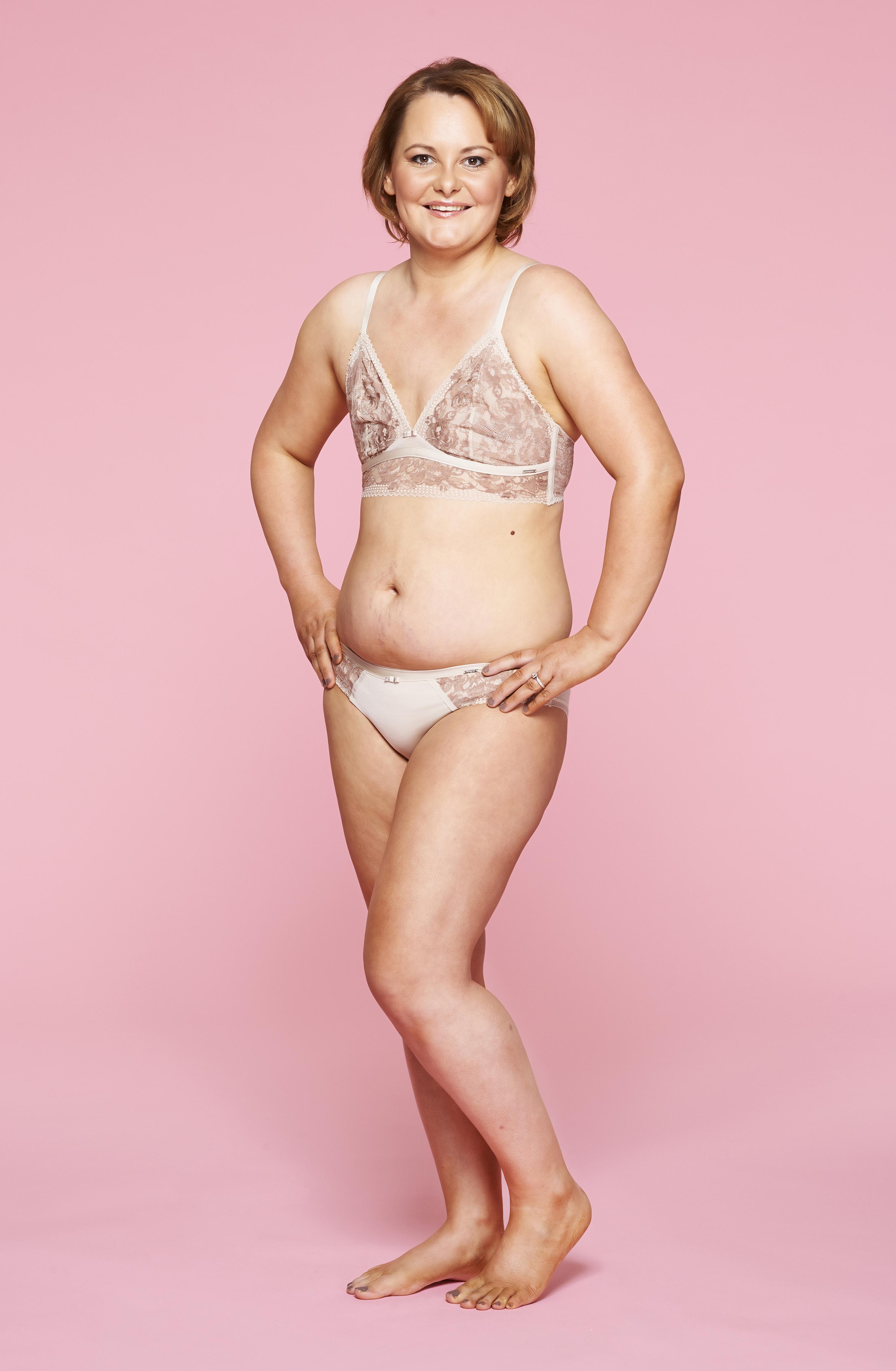 Before the surgery I was a C-cup and seeing my flat chest for the first time was a shock.

Although it took me a while to get used to the scars, I have no regrets.

I love my chest now more than before because it reminds me how far I have come since having the surgery.

I am proud because I have taken control of my future. And I still feel feminine. I have artificial breasts called prosthesis. They are worn inside a bra but the only time I use them is if I am wearing a tight-fitting jumper and need padding. Otherwise I go without. 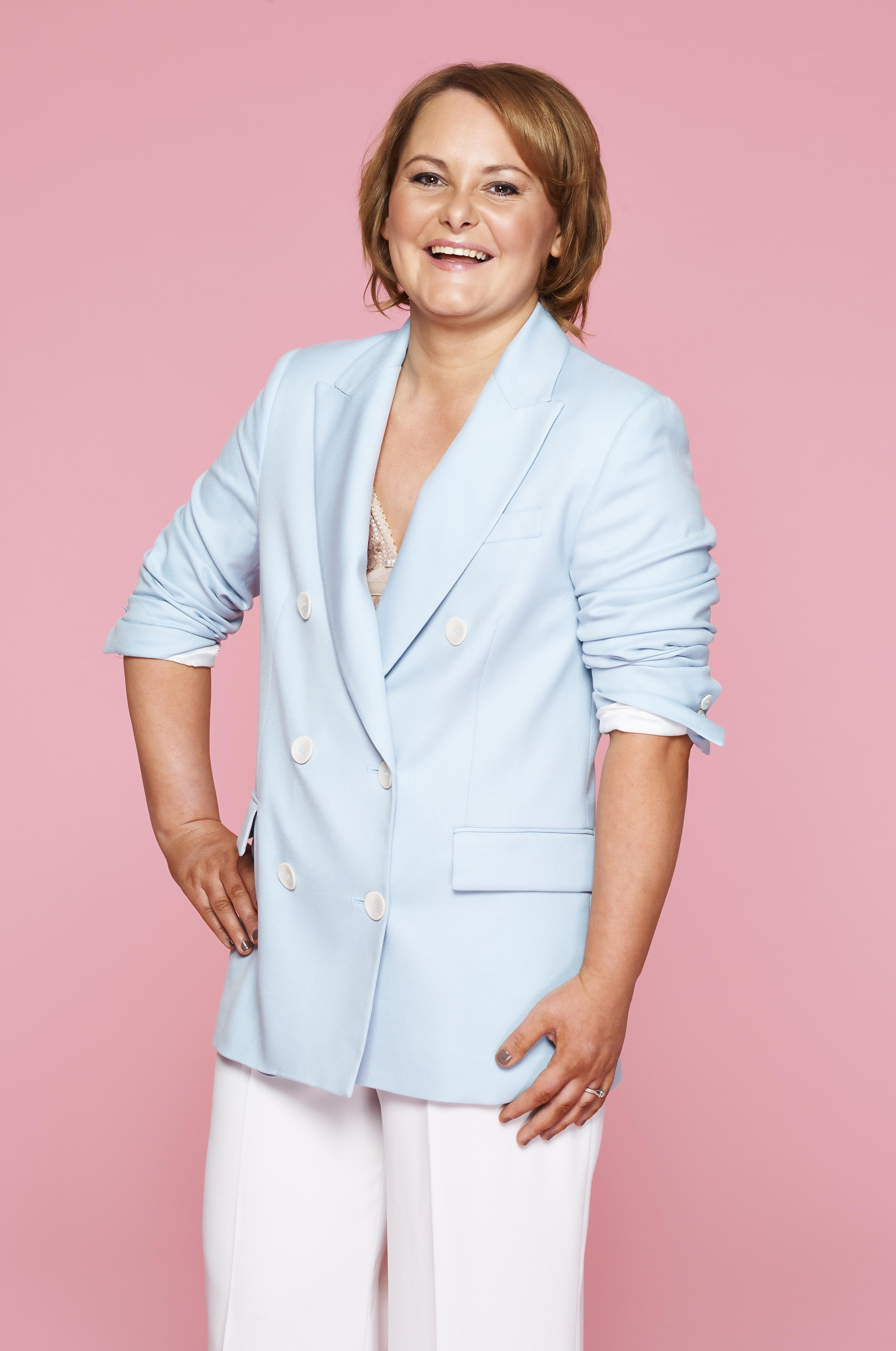 I can’t imagine myself with boobs now.

I have been offered reconstruction but I am still undecided about it.

It takes weeks to recover and I don’t want to be away from the children while they’re so young. We are all beautiful in our own way – whether we have got large boobs or none at all."