Flora began to cause divisions and subtly pull pals apart. Now, looking back, the woman has revealed how she realised her 'friend' was gaslighting her.

Here, she tells her story. 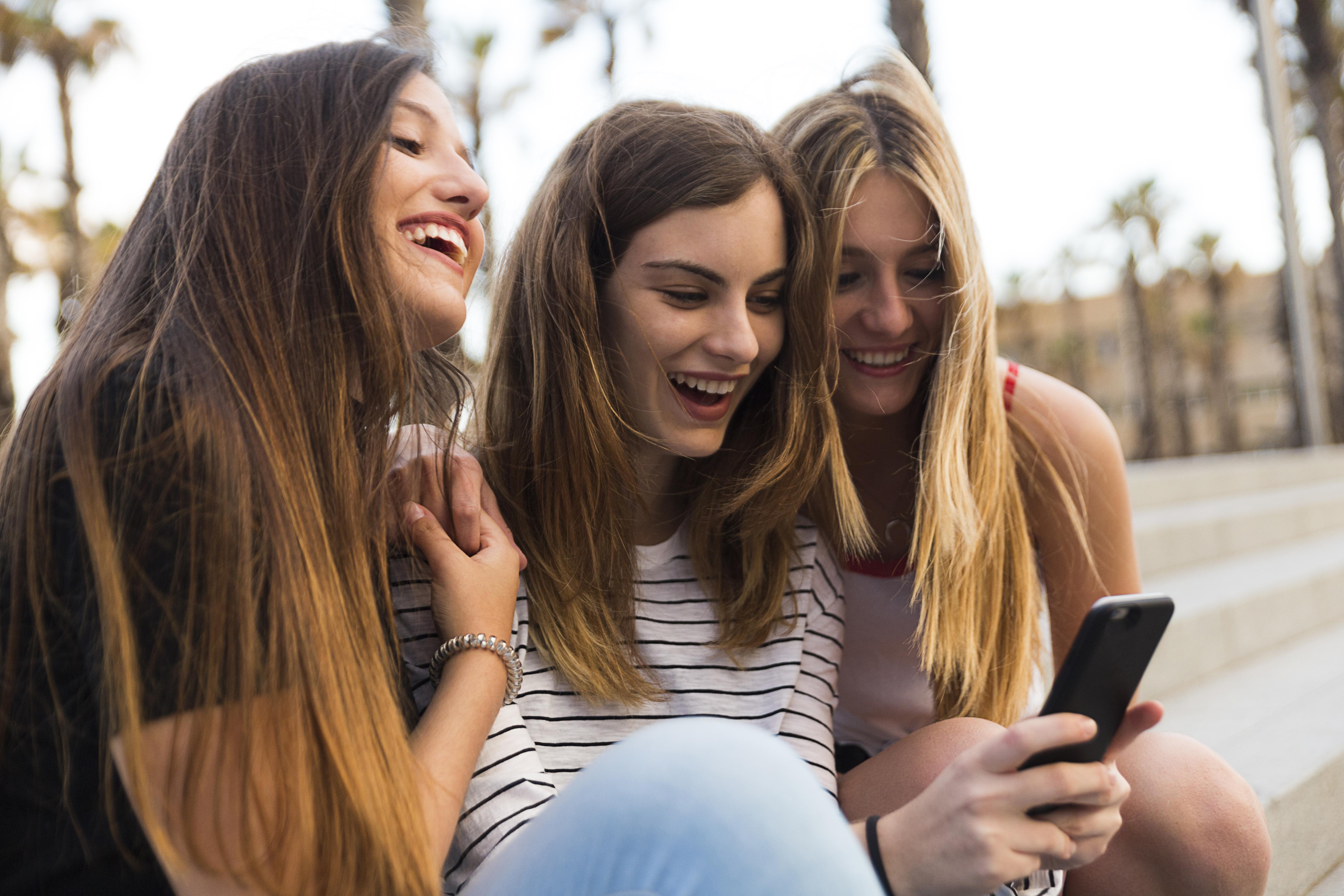 I used to have a friend — let’s call her Flora, for reasons I hope will soon become apparent — who was the walking definition of self-absorbed.

As the self-appointed “social director” of our group, she would be the one to organise get-togethers, nights out.

It was always assumed we would be free on whichever day she chose, turn up enthusiastically, and leave whenever she determined the event had ended.

Mysteriously, she never seemed to be free if one of us happened to initiate plans. But Flora was fun. She had cool stories. Everyone wanted to be like her or with her — and she knew it.

Flora would sometimes complain that she didn’t have enough money to pay her bills, or buy groceries, or purchase school pictures for her kids.

Over the years she had carefully constructed a friendship group around her and consequently one of these friends would usually offer to pay off a lay-by or turn up to a play date with a bag of groceries.

It’s okay, we would say. You’ll get the next coffee. 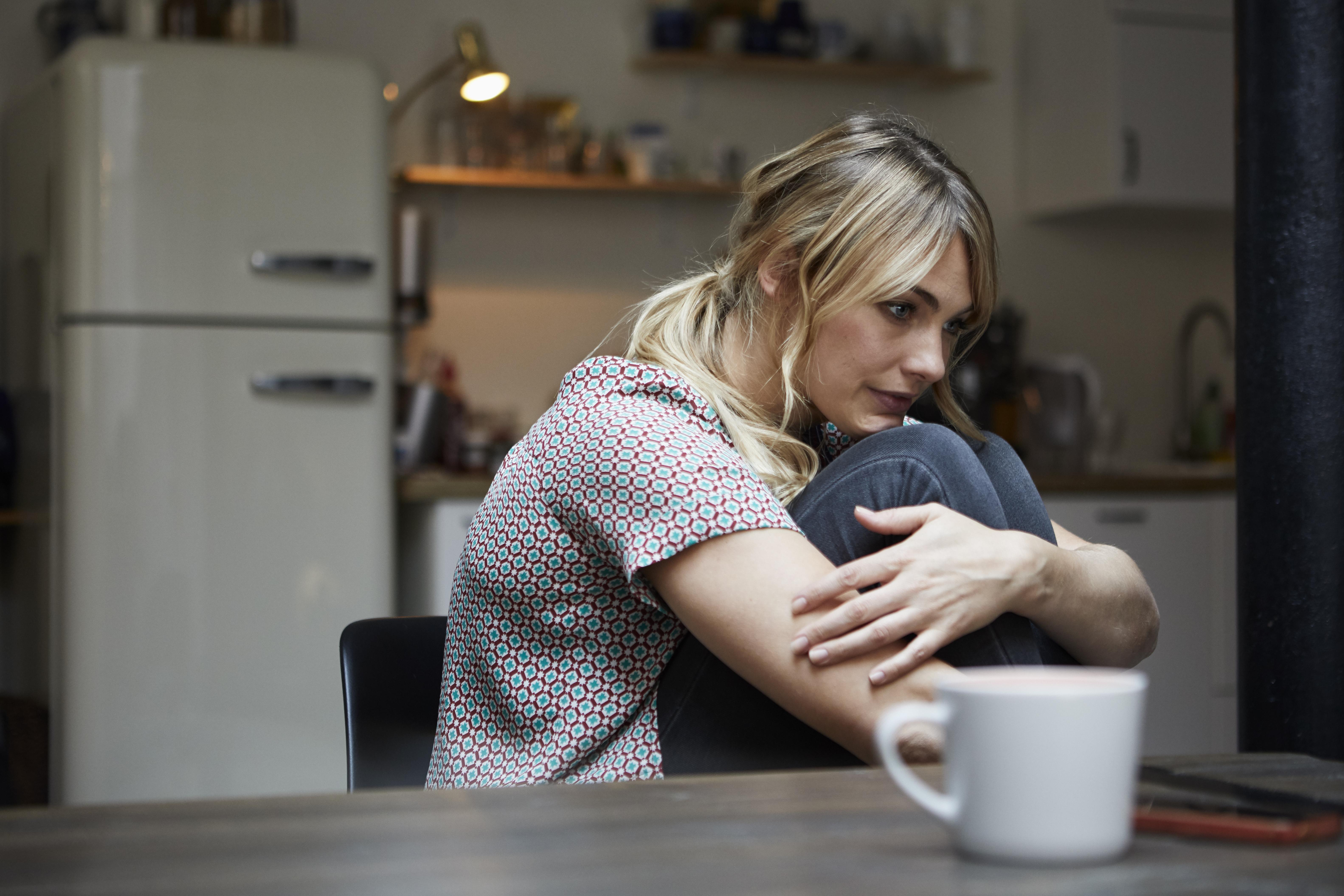 And yet somehow, she would usually find the funds to pay for a new pair of shoes or new clothes for her toddler, who already had a wardrobe five times the size of my own kids’.

There always seemed to be money enough for the things she wanted — but instead of pulling back a little on discretionary spending to pay her outstanding bills, she would instead pile more things on lay-bys she couldn’t afford.

Flora had a habit of collecting “fringe dwellers”. The down-and-outs. The single mothers with terrible exes.

The ones who had struggled with substance abuse. The women with no alternative social groups. This last one was me. If she was the centre of her own universe, then I slipped right into her orbit.

I suppose you could say that we each craved Flora’s attention because we were insecure and thought we had no one else. There was an element of that in the beginning, at least for me. And on the surface, it sounds great, right?

We all thought we were firm friends, so paying for lunch or covering a bill occasionally was just what friends did. We didn’t want her kids to miss out. She’d do the same for us, wouldn’t she?

Except narcissists don't think this way.

And that’s exactly what Flora was. 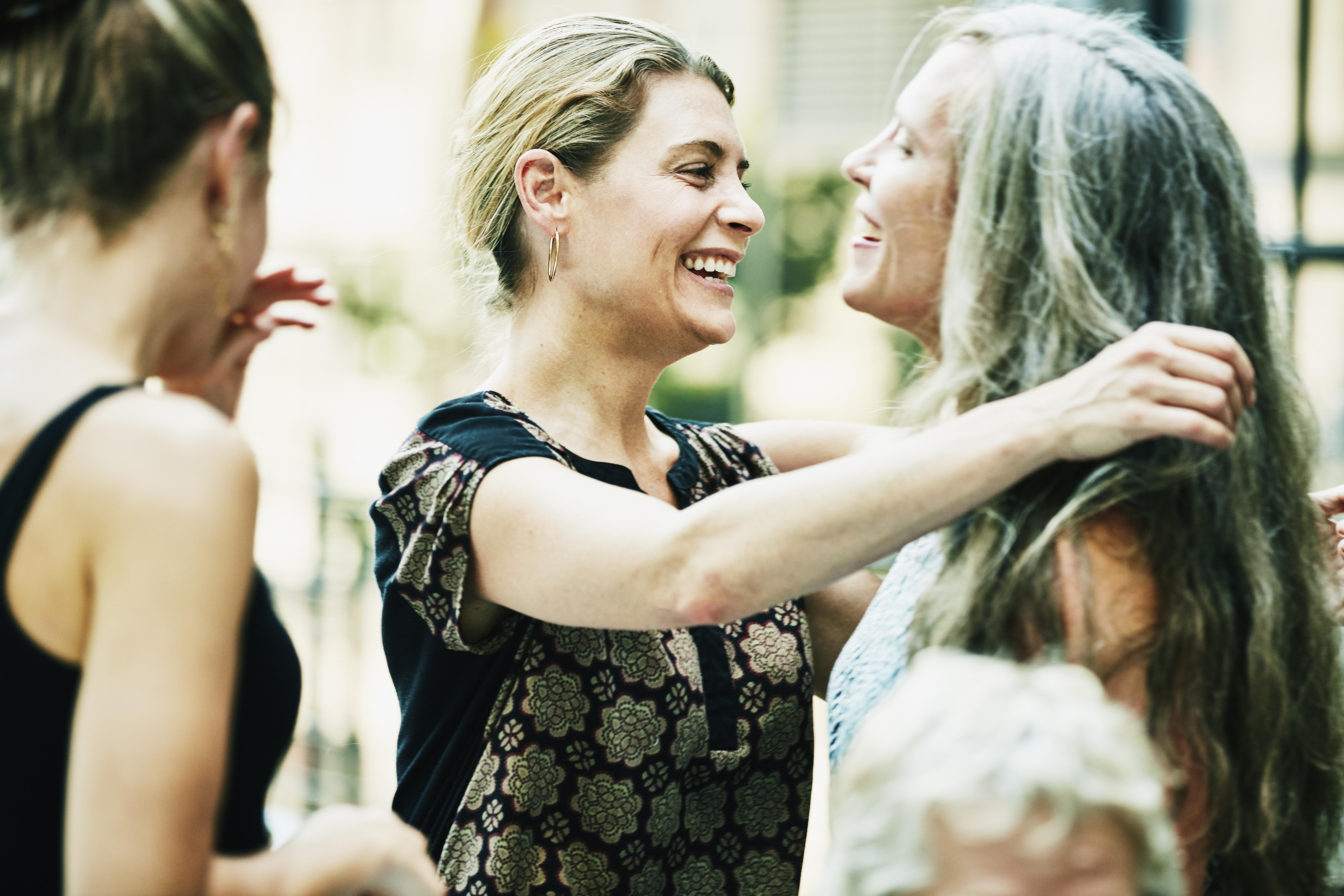 If you’re unfamiliar with the Greek myth, Narcissus was a hunter known for his beauty.

He was proud and looked down on those who admired him, so the spirit Nemesis lured him to a lake where he fell in love with the sight of his own reflection, refused to move, and eventually died. (The Narcissus flower is named for him.)

You could say we were Flora’s lake and she used us to reflect her own self-importance back to her.

Flora kept her friendship group carefully orchestrated and separated. Everyone had their role.

She had a party friend, a deep-and-meaningful friend, a babysitter friend, a friend whose children were besties with her own, a friend with a car to take her to appointments.

She would periodically call on each of us when it suited her, but when we needed her, she was always unavailable.

She would distribute little confidences to each of us in the same way a mamma bird regurgitates food for her babies — just enough to sustain us; just enough to keep us in the nest — but she would never give any of us the whole story.

As we were to find out, this was a calculated move.

She was outgoing with one friend, vulnerable with the next, benevolent with a third. We all got a different Flora. And she got her ego boosts from multiple sources.

It was a great little diversification strategy because it meant that when one link in the chain became “corrupted” she could simply cut the dead part out, re-link her circle, and continue with barely a blip on her radar. 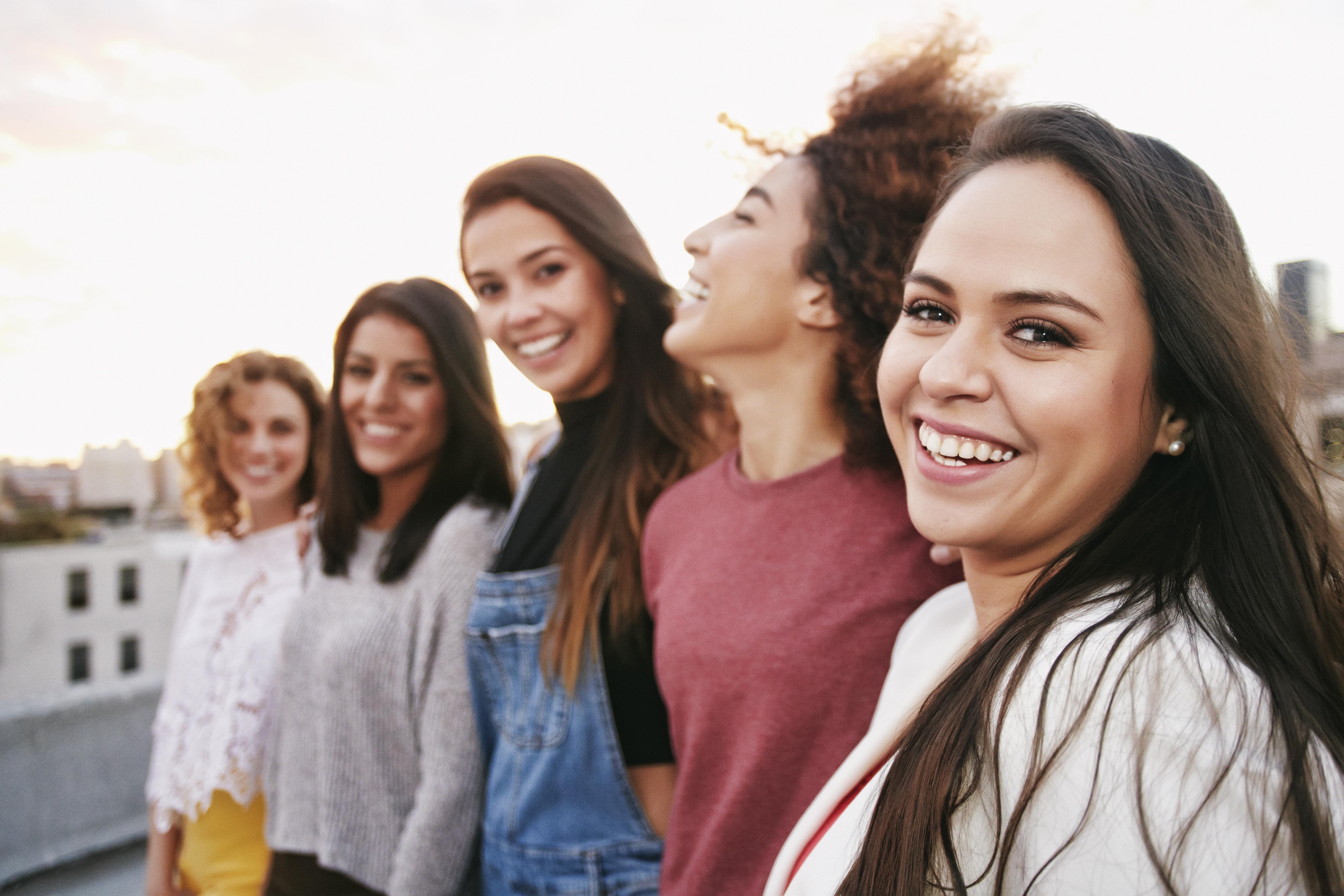 But the most insidious effect this toxic friendship produced didn’t even directly involve Flora.

You see, by carefully curating her rag-tag collection of friends, by drip-feeding us attention in measured amounts and never giving any of us the full picture, she had created the perfect breeding ground for infighting.

By confiding in Friend A (and dropping hints that she had done so), Friend B would begin to question why she wasn’t the Chosen One.

Friend A and Friend B, never truly friends with each other, would begin competing for Flora’s attention.

Facebook became the perfect arena for much of this, with innocent photos captioned with ‘Had so much fun with Caitlyn and the kids today!’ or memes about best friends tagged with one friend’s name, but no-one else’s.

And how did we know it wasn’t all in our heads? Because she told us.

It was a well-known trick of hers, to deliberately put something online that she knew would make the left-out person feel terrible.

And feeling terrible was the primary state of mind she needed us to be in, if we were to continue to work hard to earn her attention again.

There’s a word for this. You already know what it is.

Gaslighting is a form of psychological manipulation, named after the 1938 Patrick Hamilton play Gas Light and its 1940 and 1944 film adaptions.

In the play the husband dims the lights, but then convices his wife she's imagined the level of illumination dimming.

Katie Ghose, Chief Executive of Women’s Aid, described gaslighting as "a form of psychological abuse where the perpetrator manipulates their partner".

"It can make victims doubt themselves, their memories and judgement, and it has a devastating impact on their mental health and wellbeing," she said. "Gaslighting is an insidious form of abuse and is, by its very nature, sometimes difficult for victims to recognise."

I’m embarrassed to admit that it took me several years to recognise the situation for what it was, and by then I was in my early 30s and really ought to have known better.

But one day, after weeks of cancelled plans and countless manipulative gas-lit exchanges, the veil dropped.

I took a long, good look at our whole history.

Flora had been at my wedding, our little girls were friends, our husbands had worked together — and yet I couldn’t identify a single instance where she had put herself out for me with no expectation of something in return.

I couldn’t remember her even offering to babysit, let alone doing it. I’m not sure she ever bought me lunch or gave me advice that didn’t ultimately feed back into her own ego.

What I did remember, however, were all the soul-wrenching times she’d made me feel like I wasn’t good enough.

Finding out from mutual acquaintances that she hadn’t included me in group events. The multiple occasions when I had dropped everything to support her, only to find out it was a one-way street.

I carefully considered my next move.

I knew if I said what I really felt, the entire castle would come crumbling down.

After all, Flora was the type of destructive personality who would go down swinging, firing poisoned arrows from her ivory tower at all our other friends, hoping to turn them against me.

It says a lot about my state of mind at that time that I knew this, assumed they would all side with the Queen Bee, and ultimately decided I didn’t care if all my friends deserted me. It was worth it to be rid of her.

When she realised I’d snuffed her gaslight out entirely, she simply stopped replying, and that’s the last I heard from her.

In the end, by opening the floodgates and letting everything pour out, I’d reclaimed myself. I’d purged a toxic friendship. Sure, my insides were raw like with any good digestive clean-out, but I’d survived.

I didn’t feel like I was severing an arm or a leg, like I’d always believed I would — in fact it was quite the opposite. I felt light and free.

What is gaslighting, where did the term come from and is it a form of abuse?

Are you being gaslighted? Details of what exactly it entails – and how to look out for it are here.