My love for all things sparkly knows no bounds. Fingernail polish, eyeshadow, iPhone cases, jewelry—the more dazzling the better. But recent stories that have been popping up on my newsfeed have caused me to ask the question, Is glitter bad for the environment? After some (tearjerking) research I can definitively tell you that yes, it is—and it’s way worse than you probably imagined.

Glitter is composed of tons of tiny pieces of plastic measuring less than five millimeters, which are known as microplastics. They’re so teeny that they can pass through water filtration systems and end up in the oceans, lakes, and beyond, therefore posing a big threat to aquatic life. Fish can eat the plastic and, as if that weren’t heartbreaking enough, humans could go on to eat the fish—I think we can all agree that sounds horrifically unhealthy. As Anas Ghadouani, professor of environmental engineering at the University of Western Australia, told BBC, "We don’t yet know all the details [about glitter], but it’s not a natural product that will morph into our system. It’s not like nutrients, it’s a chemical.”

What’s more, a study from Environmental Science and Technology "found that microplastics act something like a lifeboat for bacteria. So potentially harmful microbes are better able to survive in aquatic environments," as reported by Allure. Harmful to animals and pollutive? Yikes.

Some scientists are calling for glitter to be banned outright. In 2015, a ban on microbeads—another form of microplastic that is found in tons of beauty products like shower gels and exfoliants—took effect in the United States. BBC reports that "a single shower can result in 100,000 plastic particles entering the ocean."

Keeping that in mind, consider now how often we use glitter. For crafts, for decorations, for beauty looks, for celebratory events—the list goes on and on, much like the lifespan of glitter. After reading about the detrimental environmental effects of glitter, I can’t help but to feel slightly selfish harming wildlife just to add a bit of sparkle to my world. Luckily, there are biodegradable alternatives that will allow me to shine while also being good to the earth. Below, I rounded up the best guilt-free glitters to shop for festivals, parties and beyond. 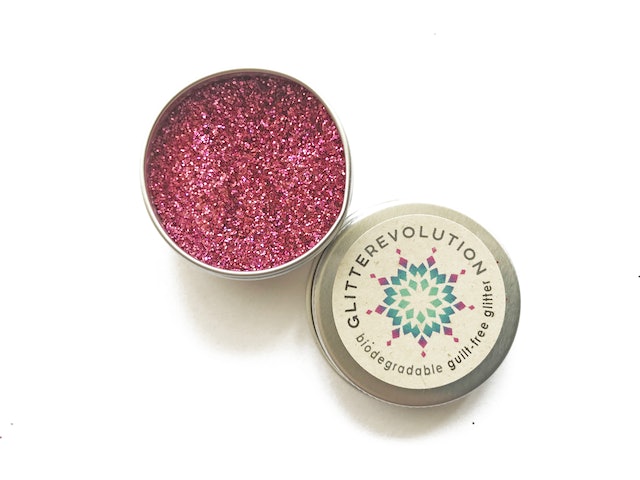 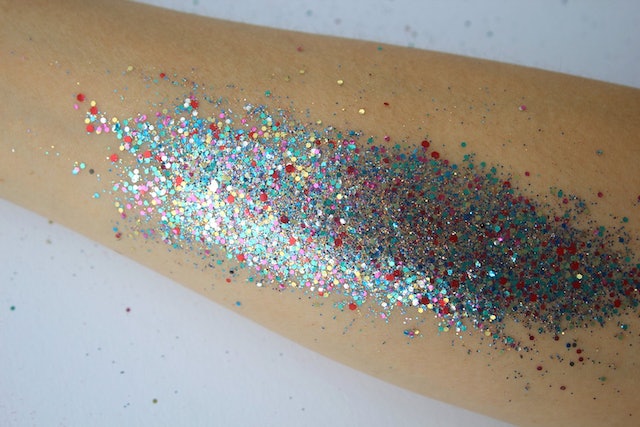 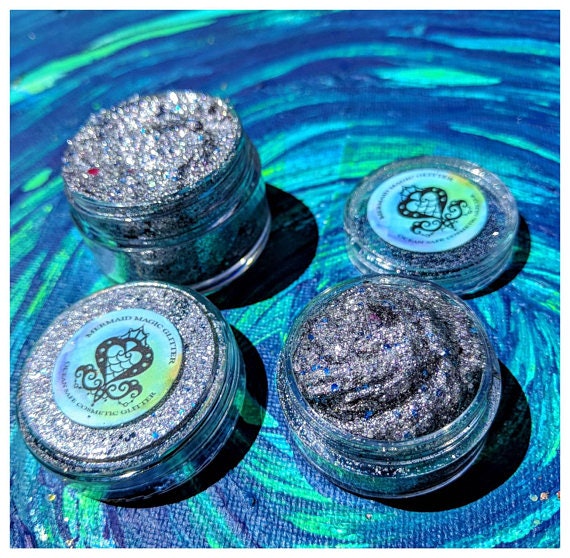 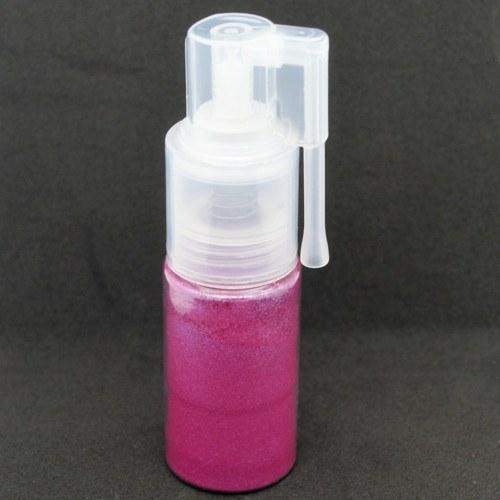 Another ingenious way to apply glitter: via a super easy spray pump! This one is filled with EnviroGlitter, which is a mineral based glitter powder. Vegan, cruelty free, and biodegradable, it can also be used in bath bombs and other beauty products. As the brand writes, "Most glitters are plastic or aluminum based and do not break down in the environment having an adverse affect on marine wildlife. These glitter powders have no adverse effects since they are based on minerals." Sold!