Taking the "worn in" look to all new extremes, Italian fashion house Golden Goose has sent Twitter into meltdown over a pair of "crumply" designer trainers which are "held together" with a mere strip of tape. 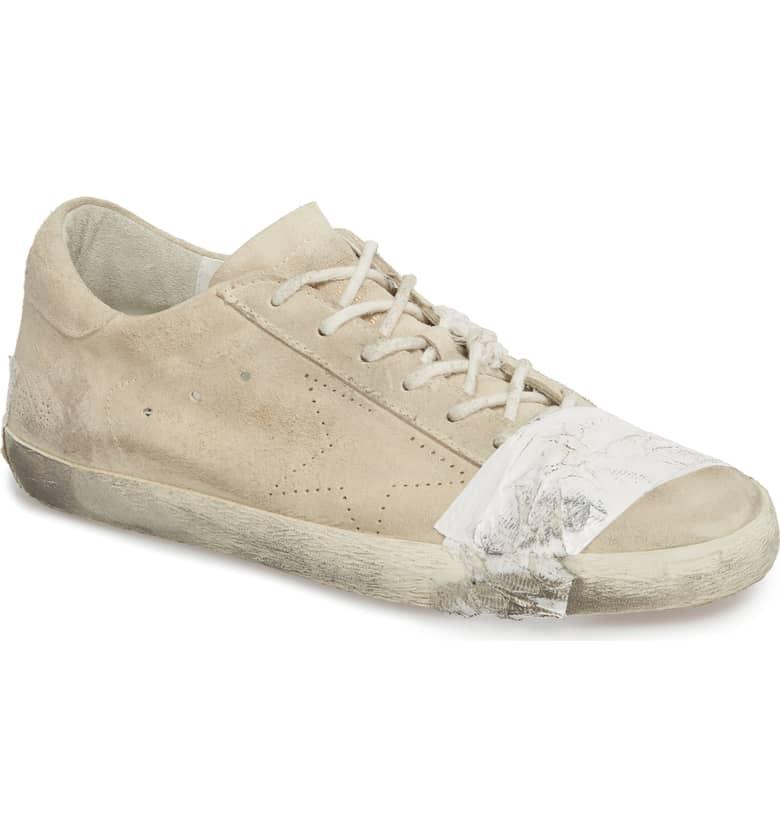 Currently priced at a cool £530, Golden Goose describes the bonkers design as a "distressed leather sneaker in a retro low profile" complete with "grungy rubber" finish.

And unsurprisingly, outraged Twitter users have plenty of strong feelings about the out-of-touch designer shoes.

One user wrote: "If you have $530 to buy these, give the $ to a homeless person. They've got real use for that money." 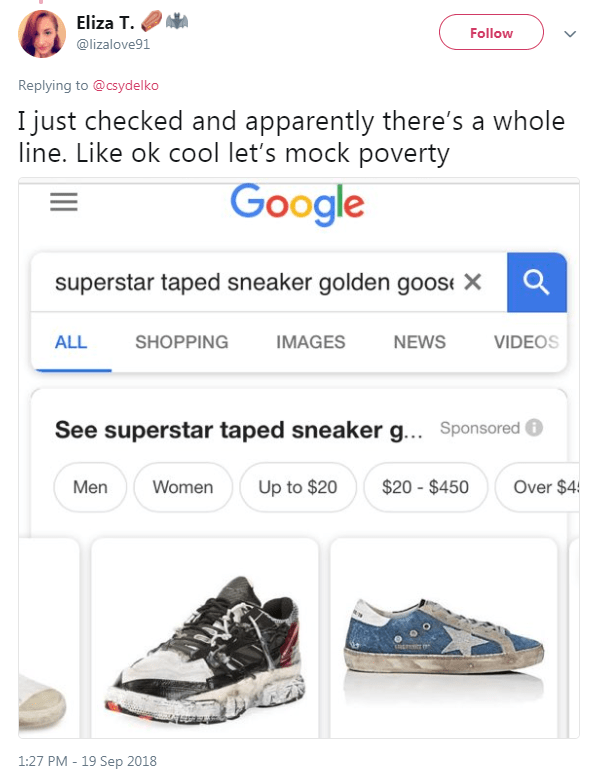 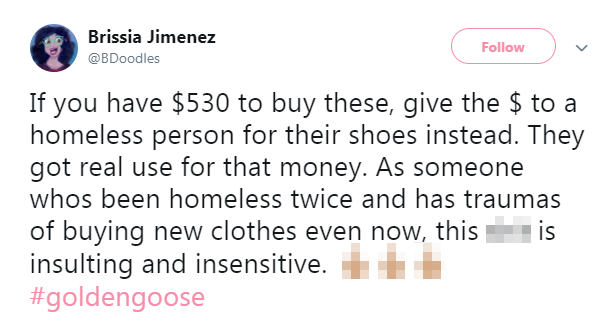 Another added: "There are people in the world wearing plastic bags as shoes because they can't afford any but these HIDEOUS things are selling for $500?"

Meanwhile, one outraged social media commentator asked: "What is wrong with people and the 'fashion' industry? Absolutely horrendous and outrageous #disgrace".

Commenting on the state of the trainers, one user commented: "I think peak capitalism is selling shoes characteristic of those who can't afford new ones for $530…"

But not everyone was so critical of the bonkers design, with one user joking: "free shipping though…"

Another described the "distressed" design as "when you wanna be edgy with worn down sneakers but don't have the patience to wear them out."

After all, we're all too familiar with the struggle of "wearing in" a brand new pair of sparkling white trainers.

In even more bonkers fashion news, Christopher Kane's £800 SPONGE shoes have sold out… but would YOU wear them?

And Fashion Nova is selling bizarre 'Nothing to Hide' trousers – and they're completely see-through.

Plus this mortified mum was left in hysterics after trying on new Boohoo playsuit – and finding it A LOT more revealing than she'd hoped.