A HARRY Potter fan transformed her pokey loo into something straight out of Hogwarts after using The Daily Prophet as free wallpaper.

Mum Leah Parkes, 37, added a touch of magic to her downstairs bathroom for her Potter-mad daughter, Aaliyah, eight. 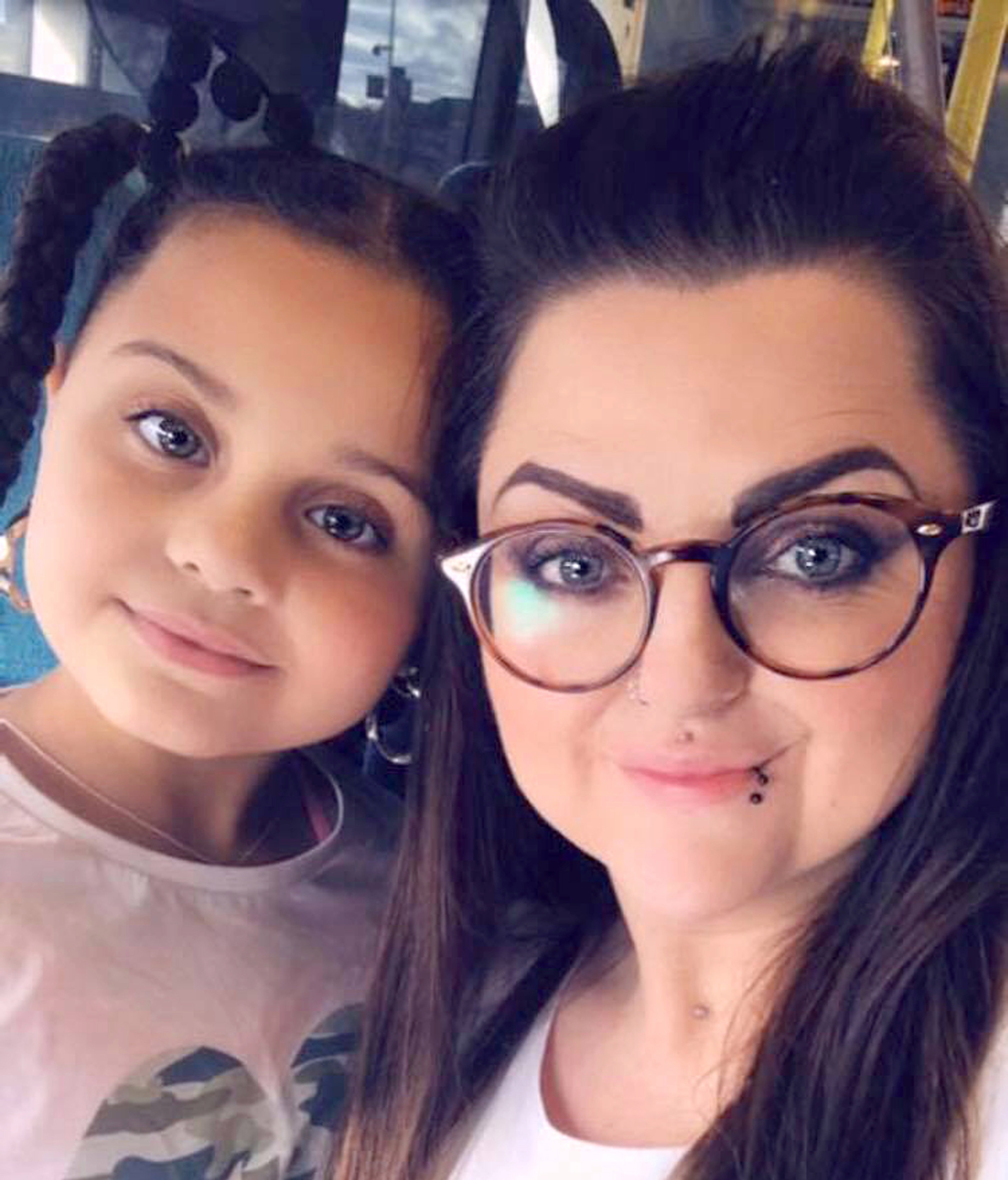 Leah, from Brighton, saved money by downloading free pages of the wizarding paper online, which she then stuck to the walls instead of wallpaper.

The single mum printed off 120 sheets of The Daily Prophet – including the page featuring the infamous photo of Sirius Black.

She said: “Before, the toilet was a bit plain and boring so I decided to redecorate it myself.

“I have a massive passion for interior design and I was inspired by the Harry Potter studios in Watford and by watching all the films. 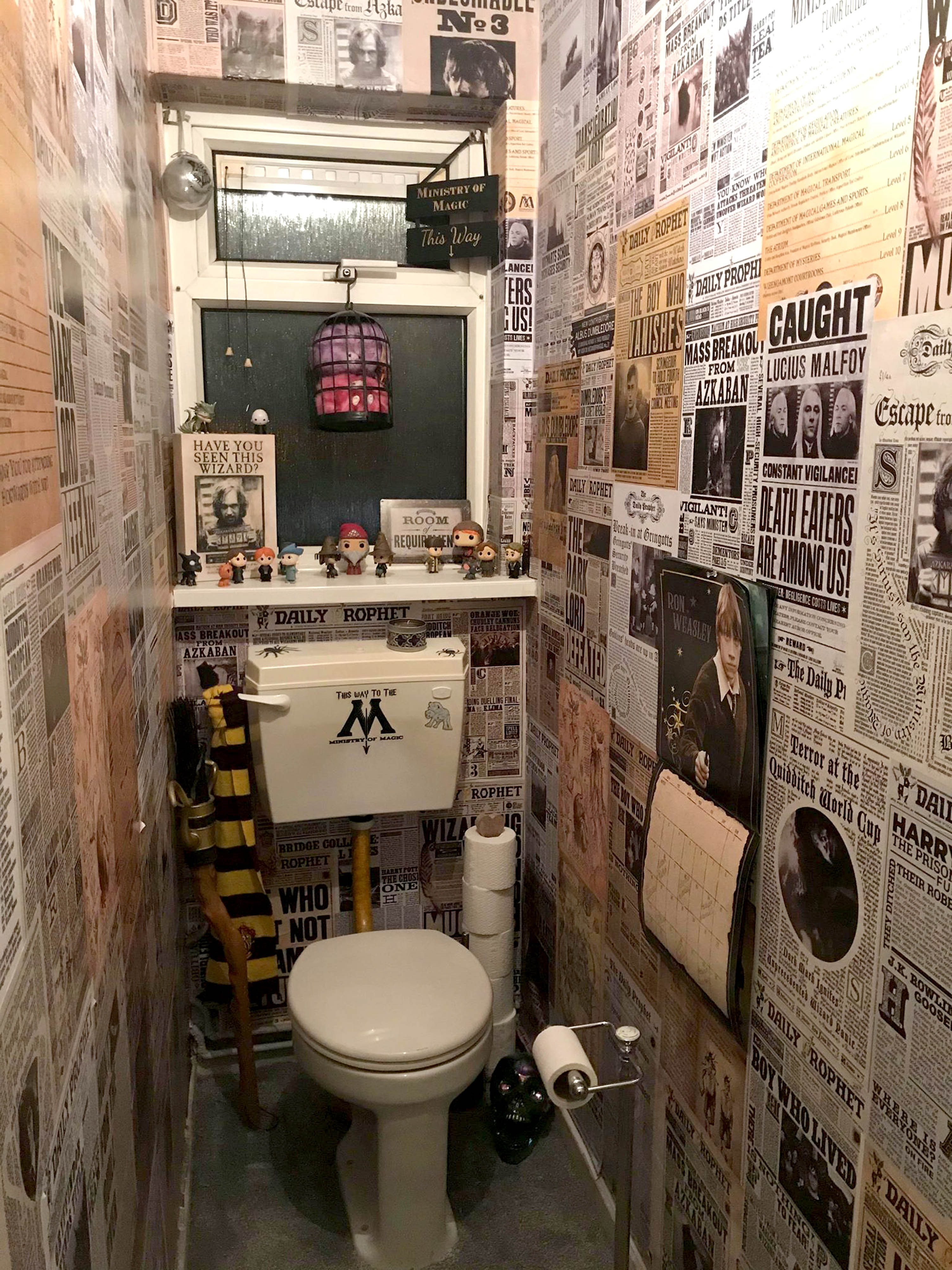 “I like anything alternative and quirky and love Harry Potter because it’s fun, lighthearted and has a bit of character so that’s why I went for the theme.

“I didn’t want to get a quote to have a professional redecorate my toilet because I like to do it all myself – my dad helps out with the DIY bits and I make everything look pretty!”

She mapped out her design first, laying the pages out in order on the floor before sticking them on wall – and ceiling. 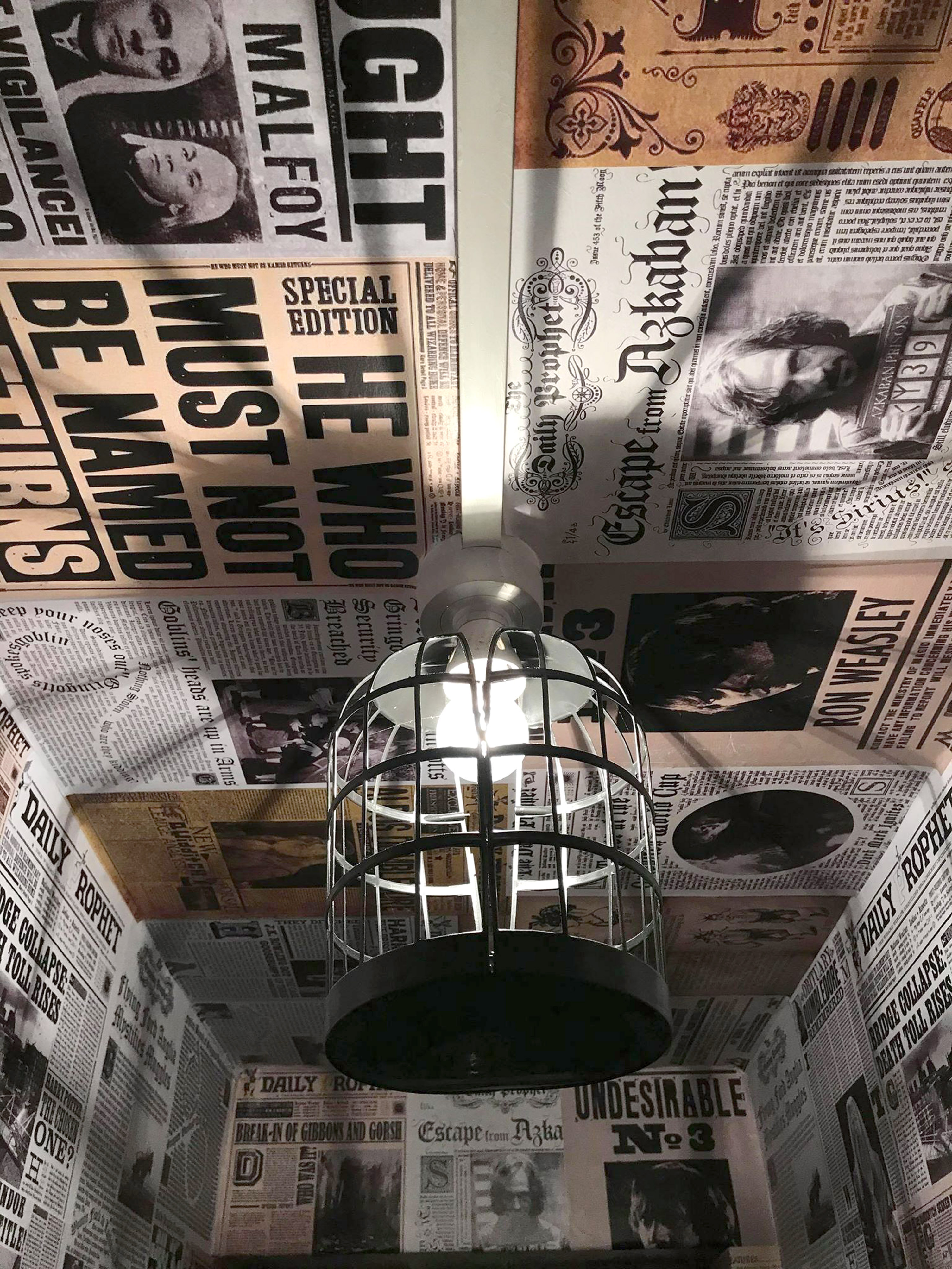 Leah added: “I put the idea to my daughter’s dad and he offered to help make it possible as he’s very tech-savvy, so he brought around loads of jiffy bags filled with print outs of the Daily Prophet.

“I thought it would be a good idea to lay them all out in order and wallpaper them to the toilet walls with normal wallpaper paste, which worked really well.

“Once I started, I decided to run with it and see how it went, and it took about two days to finish.” 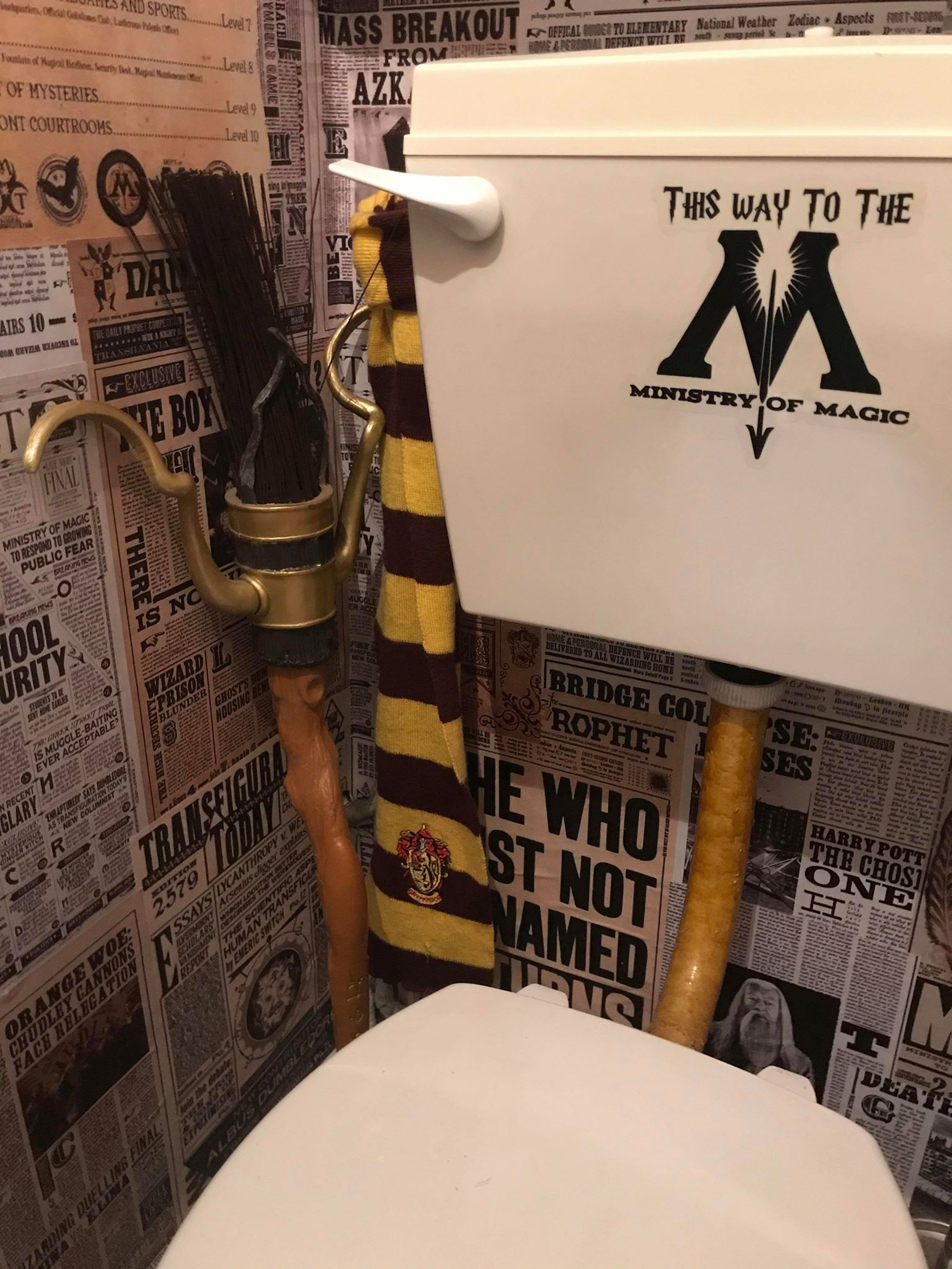 Leah added some finishing touches, splashing out 364 on accessories
she sourced from charity shops and budget stores.

She bought mini Harry Potter figurines, a Hedwig cage-inspired light, a broomstick, a Hufflepuff scarf and other magical décor.

Leah revealed her daughter loves the decorations, and says after posting snaps online she has a queue of people wanting to use her bathroom. 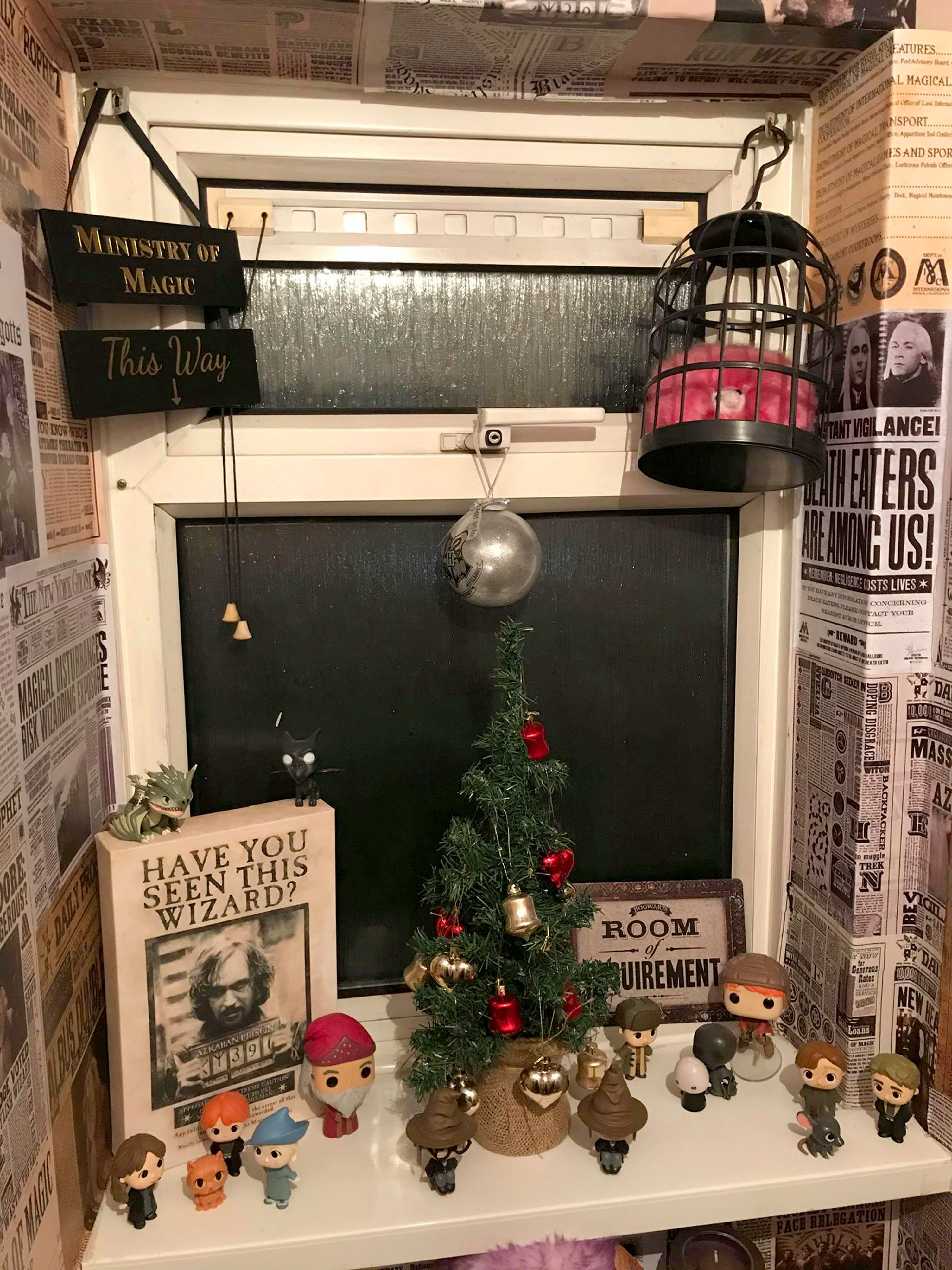 She added: “It’s not for everyone but I love it – I like to be a bit different and it’s just something interesting to look at.

“When people go in to use the toilet, they’re a bit shocked by it at first but then they think it’s awesome.

“Since I posted it online, everyone wants to come round and use the toilet!

“My daughter’s reaction was great – she was squealing with excitement and reading all the pictures, pointing out who’s who from the film.” 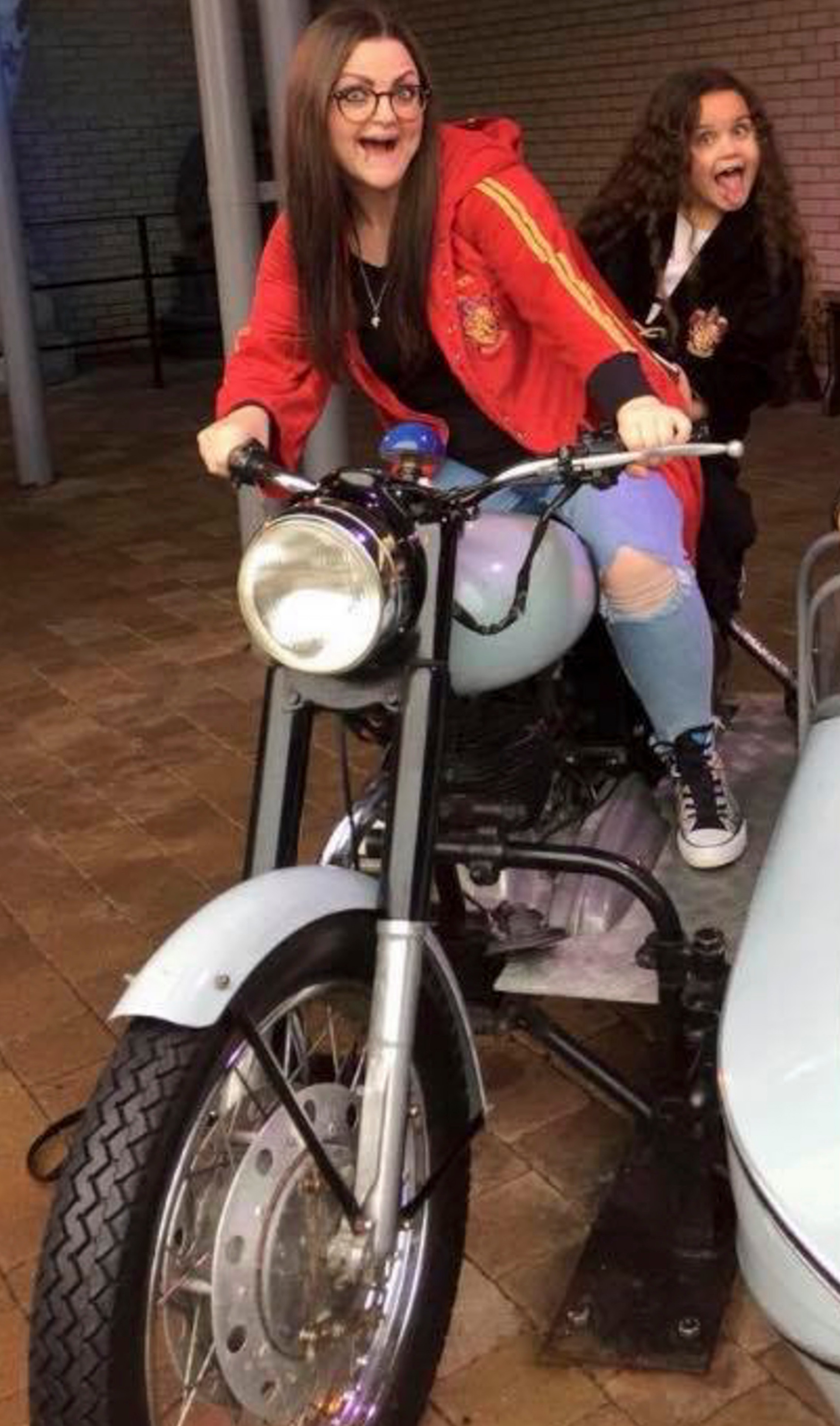 And we revealed that Harry Potter fans can now watch the film in front of a live orchestra.

Plus B&M is selling Harry Potter themed water bottles and shoppers are snapping them up for Christmas.