A MAN read his vows at his fiancee’s funeral, instead of at their wedding which was planned for two weeks later. 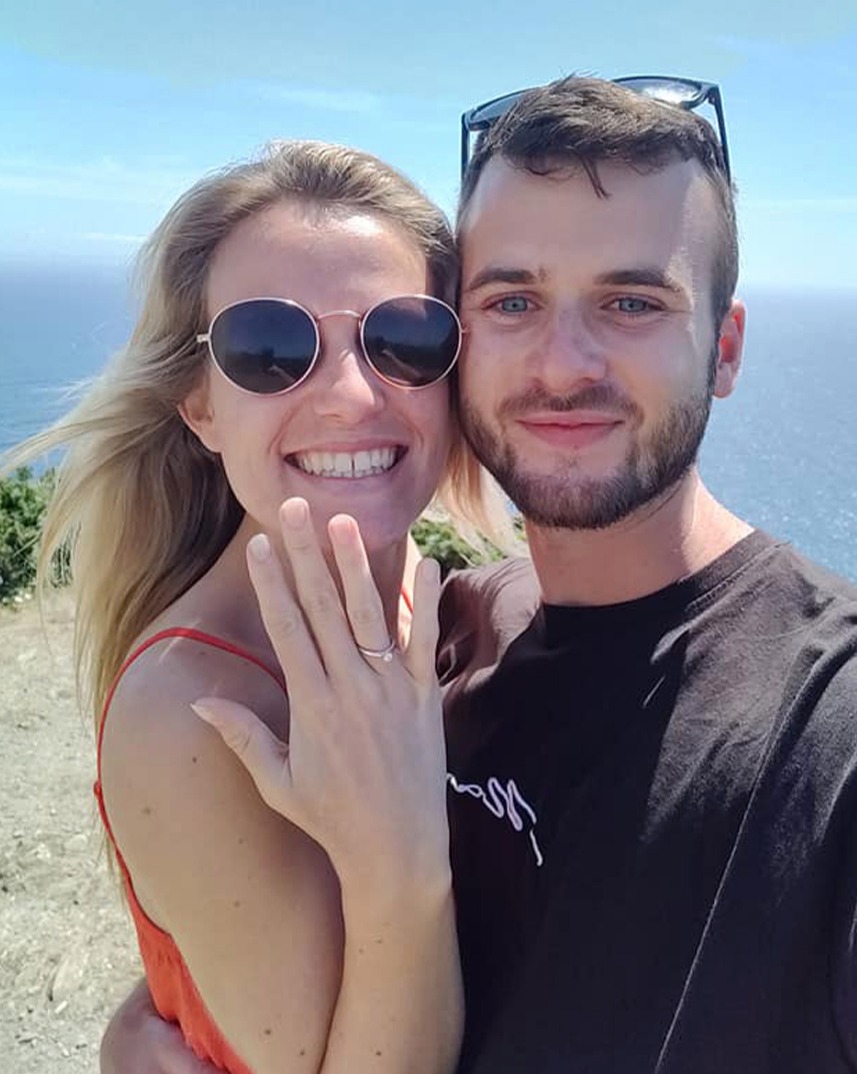 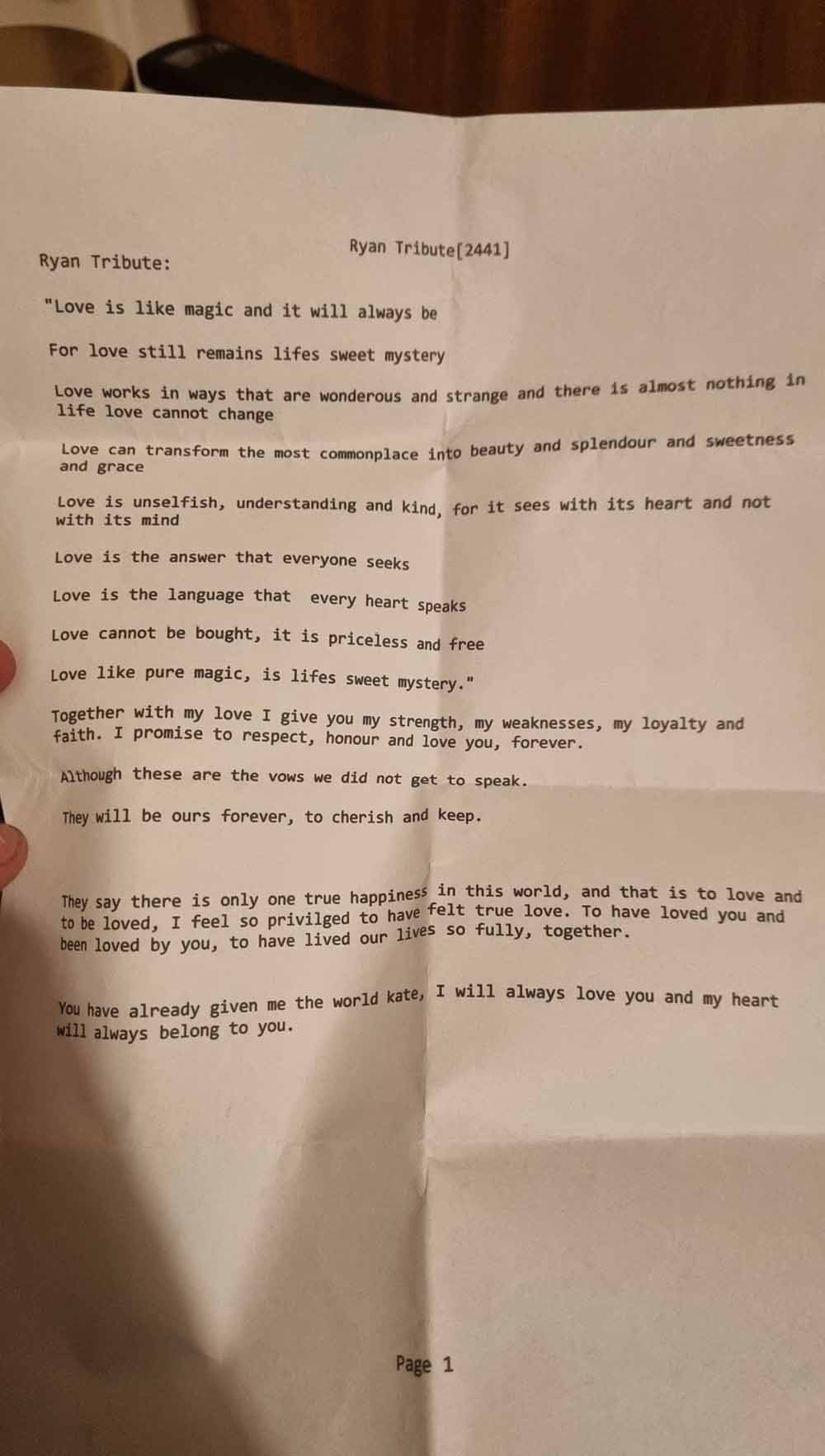 She was diagnosed with stage four melanoma six weeks after Ryan, also 25, proposed to her in May last year, giving her just one year to live.

The couple, from St Austell, Cornwall, rushed to bring their wedding forward, aware that Kate did not have much time left.

But she slipped away just a fortnight before Ryan could make her his wife.

The lab technician recited at her funeral on May 4: "Although these are the vows we did not get to speak, they will be ours forever, to cherish and keep."

“I feel so privileged to have felt true love. To have loved you and been loved by you, to have lived our lives so fully, together.

“You have already given me the world, Kate. I will always love you and my heart will always belong to you.”

The first sign that anything was wrong with Kate was when she experienced sudden, agonising chest pains in May last year.

After seeing the doctor and being sent for tests, Kate was diagnosed with skin cancer. Tests later showed the cancer had spread to her brain, spine, spleen, kidney and lungs.

Melanoma, the most common form of skin cancer, can strike at a relatively young age compared with other cancers, although is still most common in those aged over 75.

Around 410 people in their 20s get diagnosed each year, most of them women, but a severe case is very rare.

The most common and earliest sign of skin cancer is a change to a mole, freckle or normal patch of skin.

Speaking last year, to warn other young people of the dangers of skin cancer, Kate said: “It was heartbreaking telling Ryan.

“We’d been on such a high and now our lives were suddenly and sharply going in a different direction.” 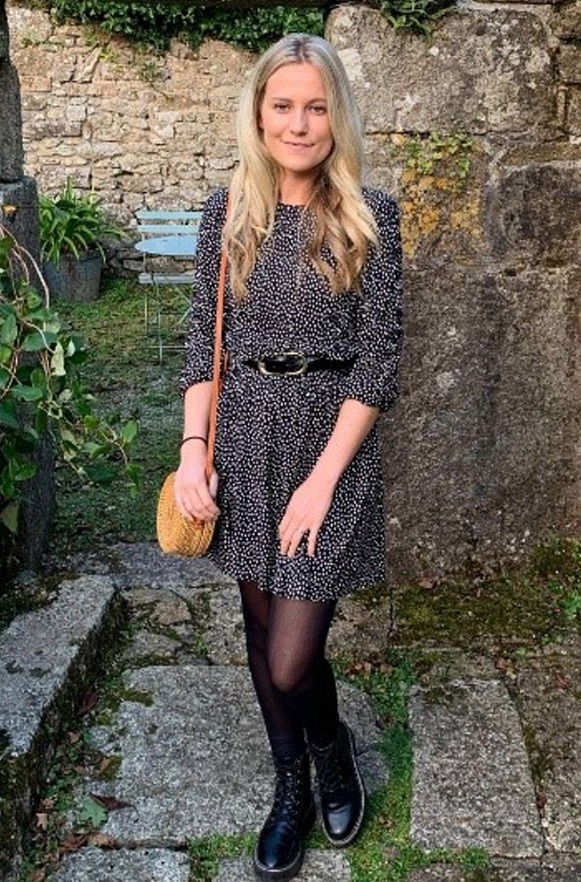 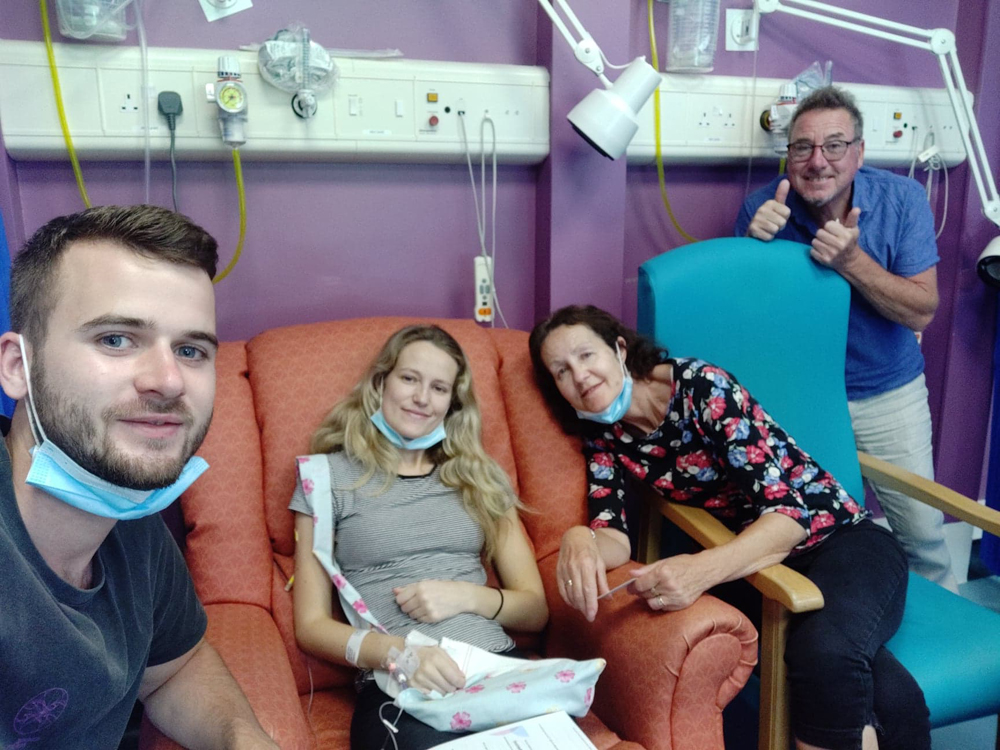 At first, Kate responded well to treatment but, sadly, not long after spending an “amazing” Christmas with Ryan and her family at their home, Kate’s condition took a sharp decline.

A bit later that month, Kate found a lump above her left breast and was referred immediately for tests.

She was told it was the cancer and it had spread further, so doctors quickly started her on a new course of immunotherapy.

But she started having bad headaches, being sick and experiencing high temperatures, and on March 7 she was admitted to hospital.

“Just two days into being in the hospital, Kate’s oncologist phoned to say there was a serious bleed on her brain caused by a tumour,” Ryan said.

“They told us she might only have a couple of days to live.”

After four days in hospital, Kate came home to her parents’ house where she could live downstairs, with nurses visiting her.

Ryan, who became her full-time carer, says Kate started to make progress but it was “too early to tell”.

Deeply in love, Ryan and Kate moved their wedding forwards from May 2022, when they had intended to tie the knot in Rhodes, Greece, to the first week of May 2021 at Knightor Winery, in St Austell.

Ryan said: “We went to the register office and we had the rings and the venue all ready.”

The couple managed a day trip to Lerryn, a nearby coastal village, to make the most of their time together.

And just a short time after, Kate began a rapid and terminal decline.

She finally slipped away on April 14, just two weeks before their longed-for wedding day. 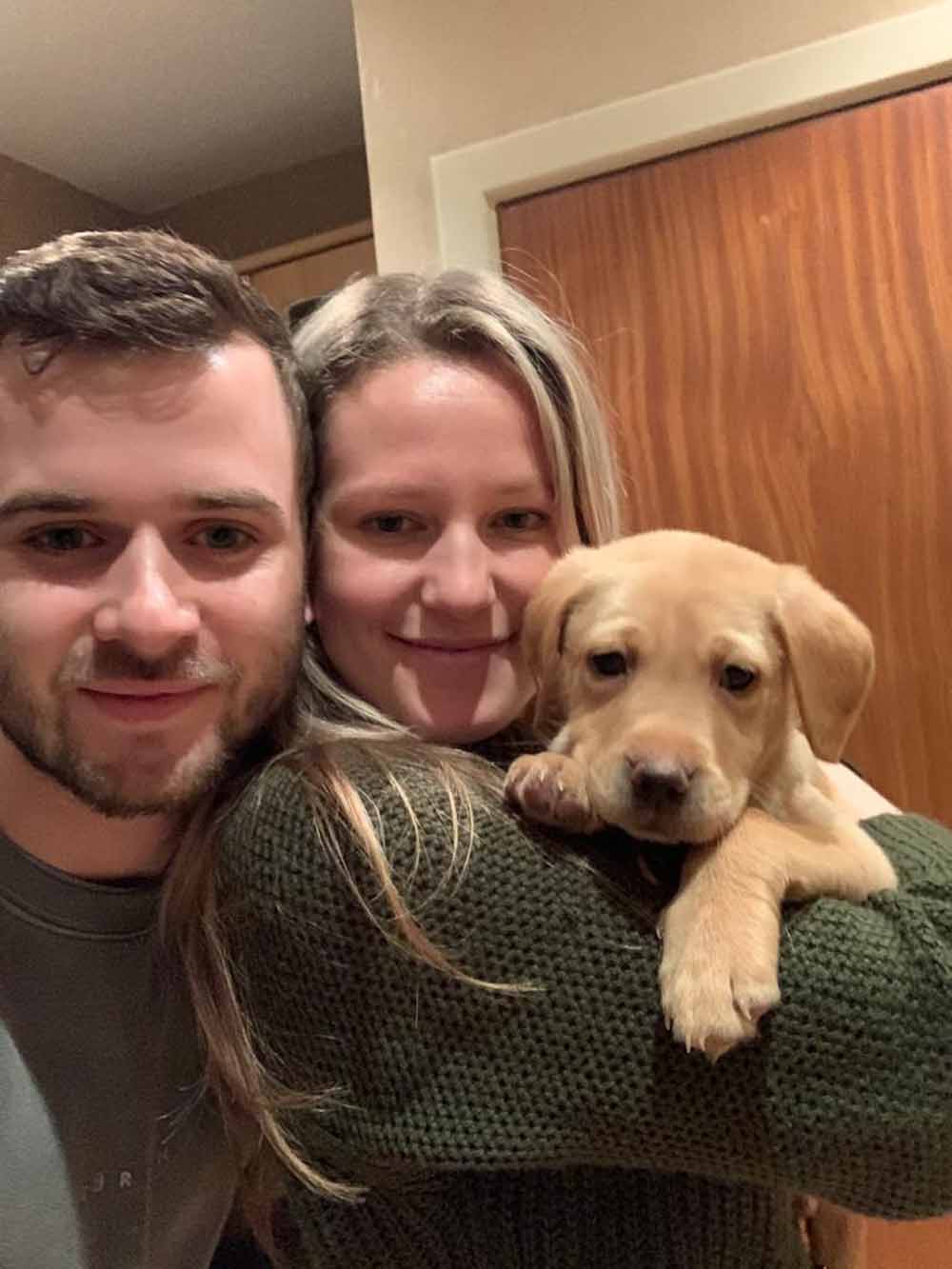 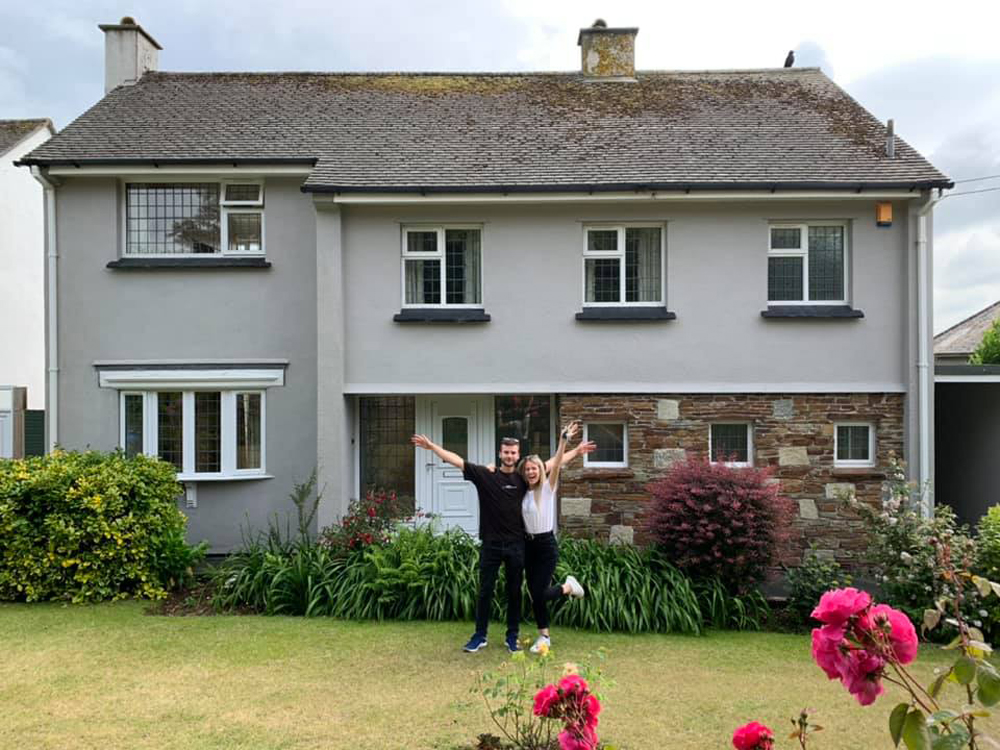 Ryan said: “We didn't quite make it.

“Only three-and-a-half weeks after being at home she passed away with me, her mum, her dad and her sister by her side at home.

“Kate’s last memories were planning our wedding which is a slight comfort as she was so excited about it.

“She was very strong-willed, and she didn't want to get married at home. She wanted the venue and the dress and, typical Kate, she wouldn't have it any other way.”

At Kate’s funeral, which was restricted to 30 people but streamed online, family and friends read poems and messages.

On May 30, Ryan returned to the Cornish headland where he had proposed to Kate. He and Kate’s family scattered her ashes there.

Ryan said: “It will always be such a special place to me.

“We did it on May 30. So, exactly one year after our engagement. It felt like I was fulfilling a purpose, but at the same time, I felt completely broken.

“It felt like it was the end of her physical presence and then the start of whatever comes next.”

Kate had compiled a “live list” of things she wanted to do – some of which Ryan now hopes to complete in her honour.

One of them was to hike Snowdon, and so Ryan and three friends completed the Three Peaks Challenge – climbing the three highest mountains in the UK – between July 24 and 25, raising a total of £5,300 for the charity.

With Kate’s seven-mile charity walk in Cornwall last summer and the fundraiser at her funeral, £13,000 has been raised in one year.

Looking to the future, Ryan said he knows Kate would want him to enjoy life – and continue loving the golden-red Labrador puppy they bought together in Kate’s final months, Coby.

Ryan said: “She even told me she wanted me to find someone to love again, someday. Hopefully, that will happen when the time is right, but what I'm trying to do now is make the most of every day.

“I know far too well that life is so short and none of us is guaranteed a tomorrow.

“Kate and I knew that. We explored so much of the world together, we lived each day as fully as possible with each other for the last 10 years.

“And I will carry her in my heart and take her positive views with me throughout my life."

You can donate to Ryan’s fundraising page here: https://fundraise.cancerresearchuk.org/page/3-peaks-challenge-in-memory-of-kate

What are the symptoms of melanoma?

The first sign of a melanoma is often a new mole or a change in the appearance of an existing mole.

Signs to look out for include a mole that's:

Advanced melanoma means the melanoma has spread from where it started to another part of the body.

The symptoms depend on where the cancer is in the body, but might include: