A LASH technician shared a video of herself removing lash extensions that had been glued on with hair glue – and she says whoever’s responsible deserves a "jail sentence".

The eyelash expert showed how she removed the horrific lashes, and commenters are saying whoever used hair glue on her client’s lashes is "evil". 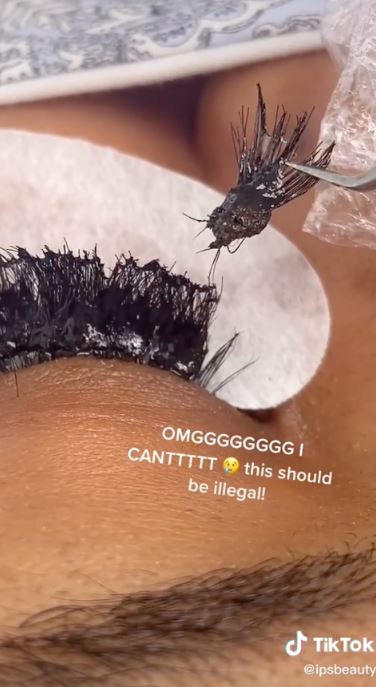 Tiktok user and lash tech Ipek shared the clip with her followers, showing just how much thick hair glue was used on her client’s eyelashes and lids.

Ipek showed how stretchy and gummy the glue was after she had soaked it in removal product.

“Guys! Look at how it stretched. Bonding glue was definitely used. Look at how thick that bit of glue is, oh my god.”

The client’s lash extensions are clearly difficult to remove, as the glue stretches and we can see natural lashes coming out with the extensions. 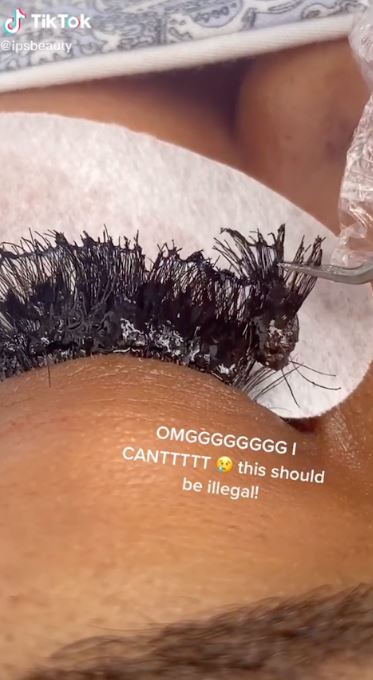 Ipek said: “WHOEVER DONE THIS NEEDS A JAIL SENTENCE BECAUSE WTFFFF.”

Fortunately, Ipek was able to save most of her client’s natural lashes, but there were “definitely some gaps”.

In a follow-up video, Ipek said: “It’s 2021 and lash techs are still passing cluster lashes and hair glue as extensions? This is awful!”

She also said that anyone who does lashes like the ones in her video should be “removed from Earth and placed on Mars”. 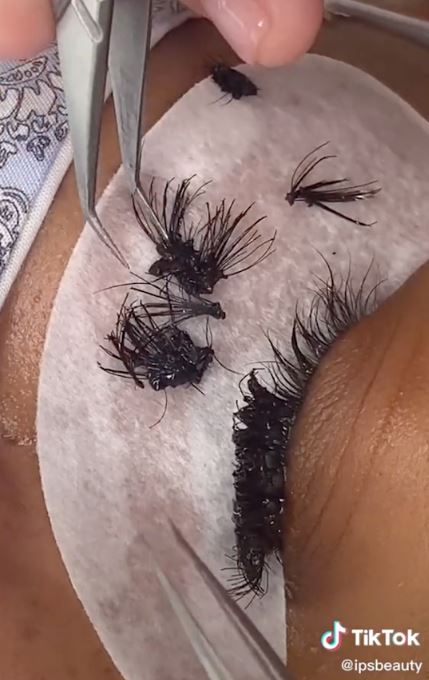 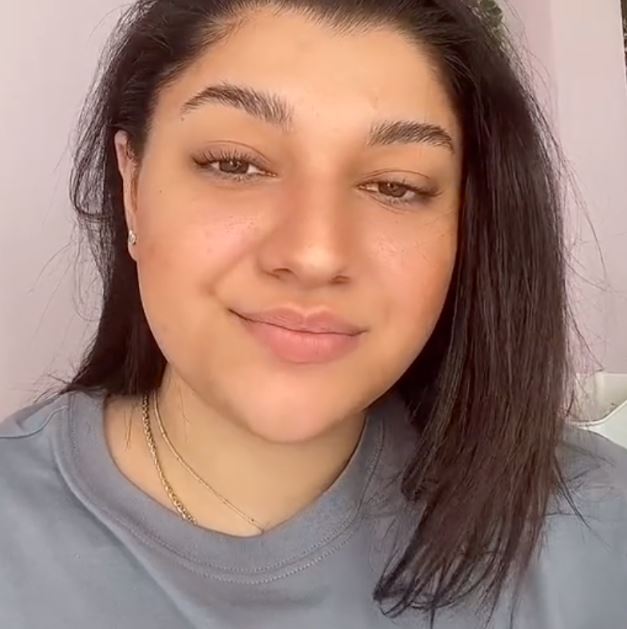 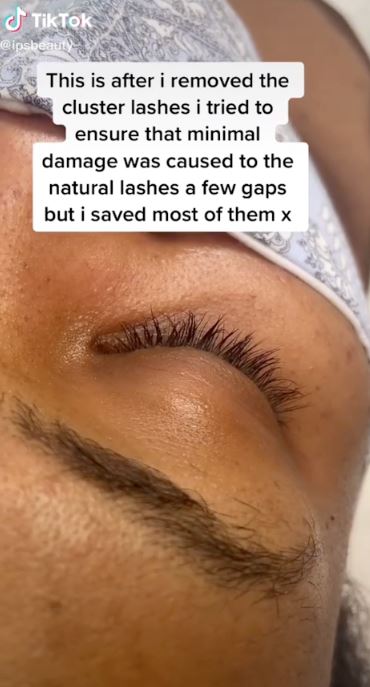 The clip now has 9.7 million views, and commenters are horrified.

“I’d be so worried for her natural lashes”, wrote one concerned viewer.

“Poor woman!!! Well done on fixing this mess”, said another.

One horrified viewer said: “Look at how many of her natural lashes were lost! I can’t get over the audacity to glue thes type of lashes on someone’s eyes!!”

“She needs to sue them”, one viewer advised, while another said: “That’s messed up.”

For more beauty disasters, check out this woman claims her hairdresser left her with a horrific dye fail that looked nothing like she had asked for.

Plus, one beauty fan warns people should never skip a patch test as her eyebrows FELL OFF after she dyed them at home.

And a beautician has revealed why you should clean your eyelash extensions daily while sharing grim buildup which left a woman with bald lids.