According to a recent study, three quarters of young Brits have done themselves a mischief during sex. 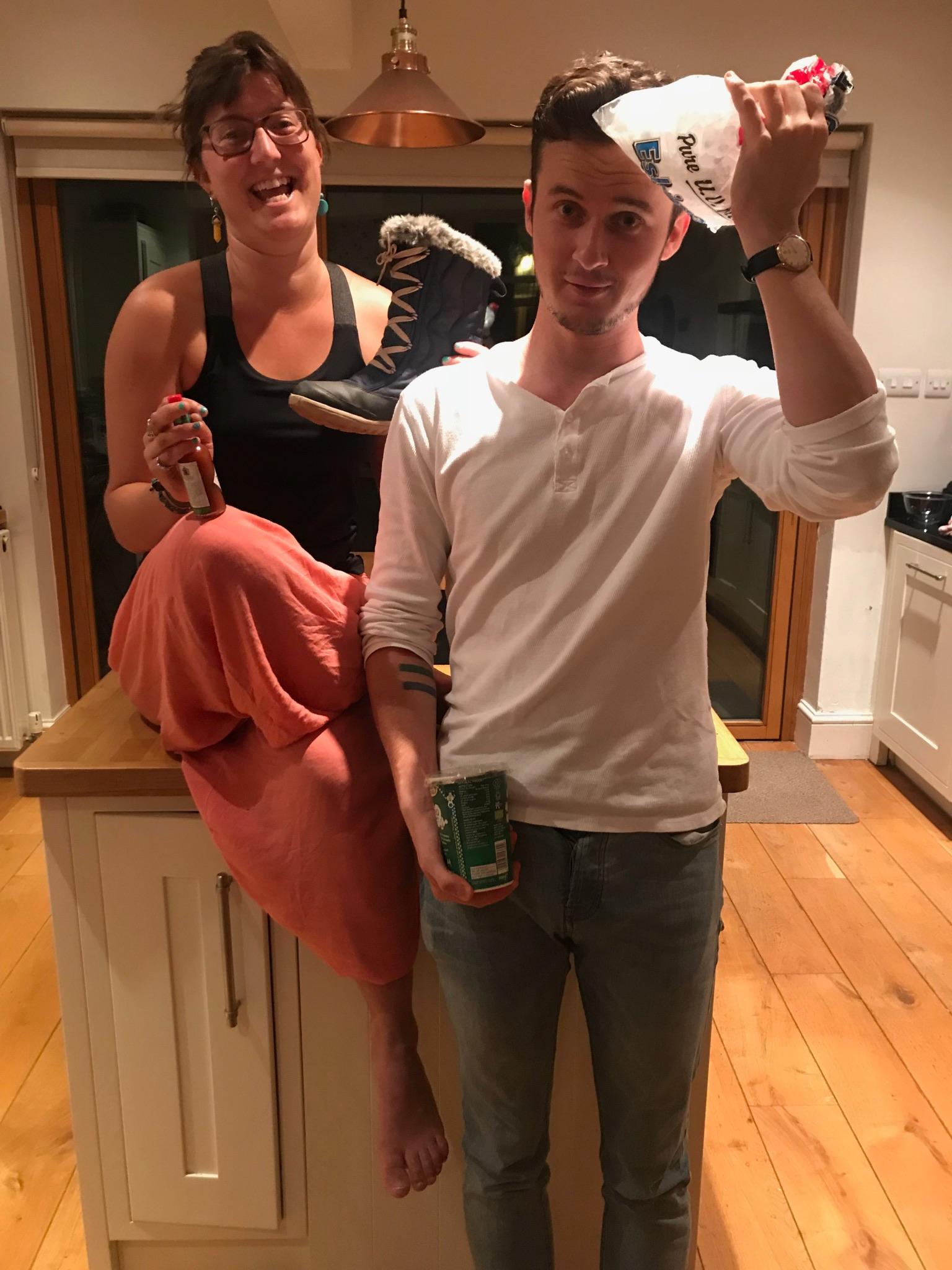 A fifth of the people surveyed even admitted to taking a day off work as a result of their injuries.

Here two brave couples share their own eye-watering sex injury experiences – a word to the wise, it's always worth keeping a pot of yoghurt in the fridge, just in case…

Things got seriously “hot” for Anna-Marie Richardson, 28, a care worker, and boyfriend Doug Bartlett, 28, a pharmacy company manager, from Brighton, when they got frisky in the kitchen after a few drinks. Anna explains…

A year ago I was genuinely scared I’d killed my new boyfriend. Doug and I had only been dating for a few months after meeting on Tinder – but one night it was certainly a case of too hot to handle. 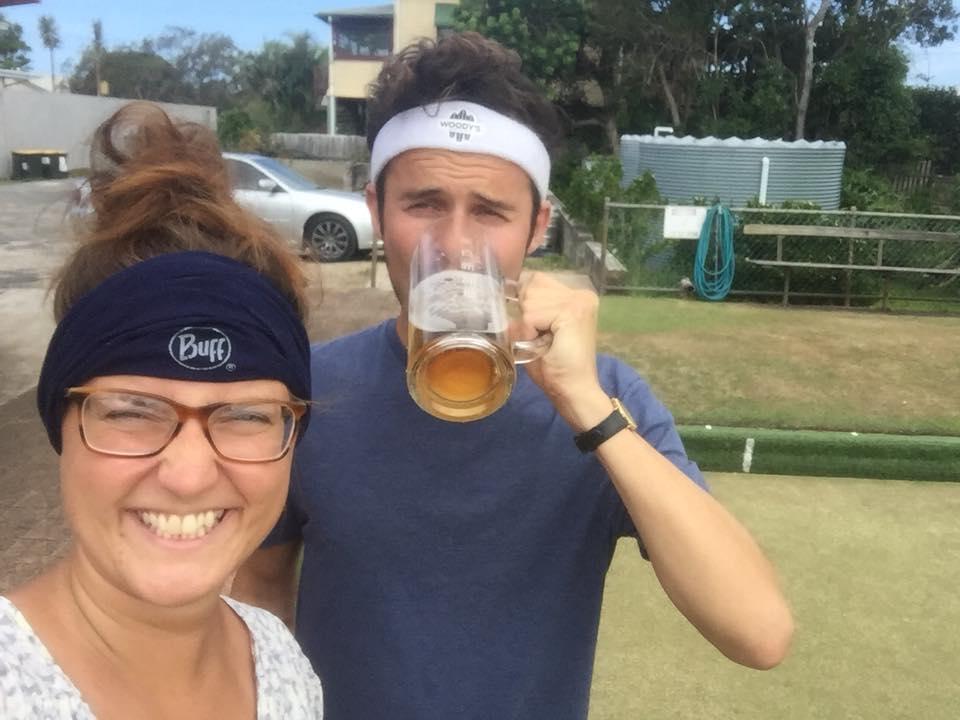 We’d spent a fun afternoon at a chilli festival in Brighton and we’d bought some really hot chilli sauce, which I’d popped in my handbag.

We then headed back to his house and ended up getting down and dirty on his kitchen island.

It was around dusk time, and we were quite drunk, having enjoyed a few beers throughout the day.

After 15 minutes or so of foreplay, I reached into my bag to get what I thought was lube. But, I managed to pick up the sauce instead.

I then poured it all over his manhood and carried on doing what I was doing with my hand.

After about 10 seconds, he started SCREAMING. I still hadn’t clocked my mistake at this point, and he jumped off the kitchen table writhing in pain.

In the process, he managed to trip over my shoe, fell over and knocked himself out on the side on the way down. 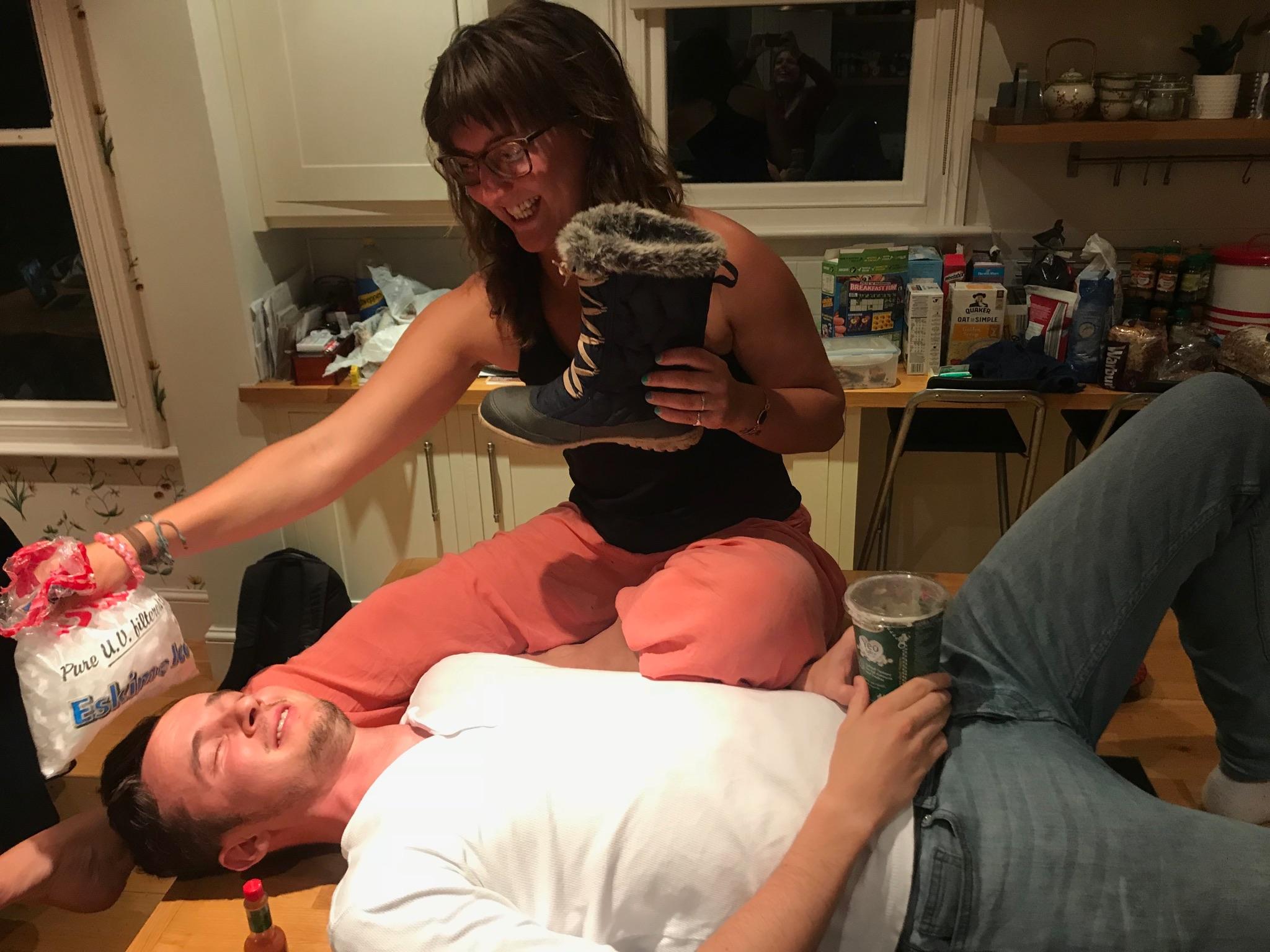 I was like, "Oh my God, I’ve killed my new boyfriend! And what are people going to say when they see his c*** nearly burnt off?!"

He was out cold for a couple of minutes. I felt terrible – I thought I’d have to ring an ambulance, and that they’d arrive and look at Doug and his burnt willy and think, "What have you done to the poor man?"

I found some yoghurt in the fridge, so I put that on his penis.

When he came round he was very confused – and still in quite a bit of pain from the chilli. I felt awful as I was so nervous I started laughing, which wasn’t the best reaction. 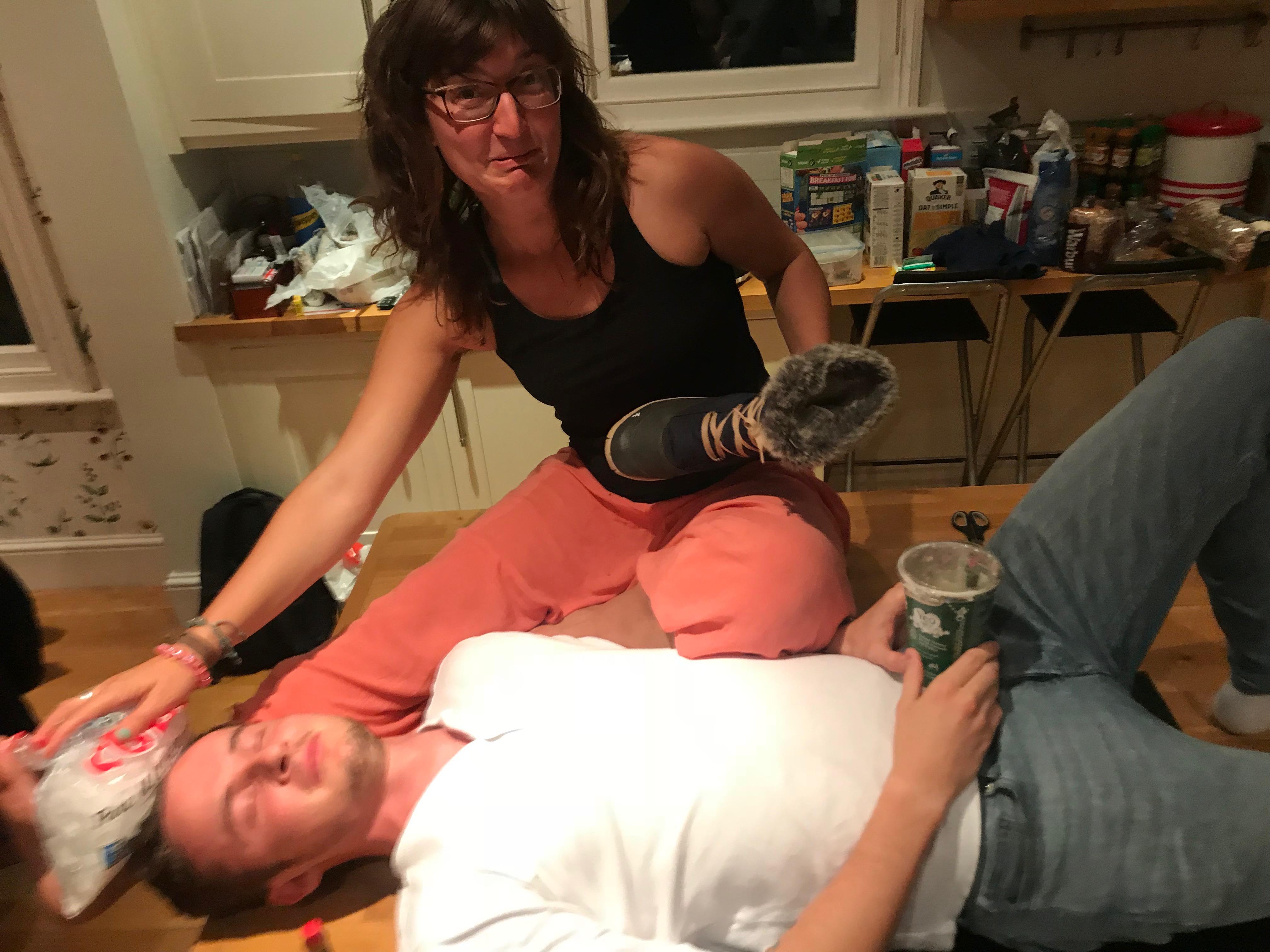 I brought him some tea and an ice pack for his head. He was quite impressed I’d put yoghurt on his willy, as apparently it’s actually one of the best things for genital burns!

Thankfully by the next evening he was back to normal and could laugh about it. I’d say it definitely bonded us a couple – and it’s become one hell of a pub story!

Student Lola Hamilton, 19, from London, was enjoying a romantic evening in with her ex-partner Dave*, also 19, when an accident during oral sex transformed the bedroom into a “crime scene”. She explains…

It had been the perfect summer day – my boyfriend at the time and I had just finished school and we’d enjoyed a walk around Covent Garden, gone for dinner, then headed back to his house to watch Netflix and “chill”.

He lived with his family and shared a bedroom with his brothers, but the rest of the family were upstairs so we wanted to make the most of having some alone time together. 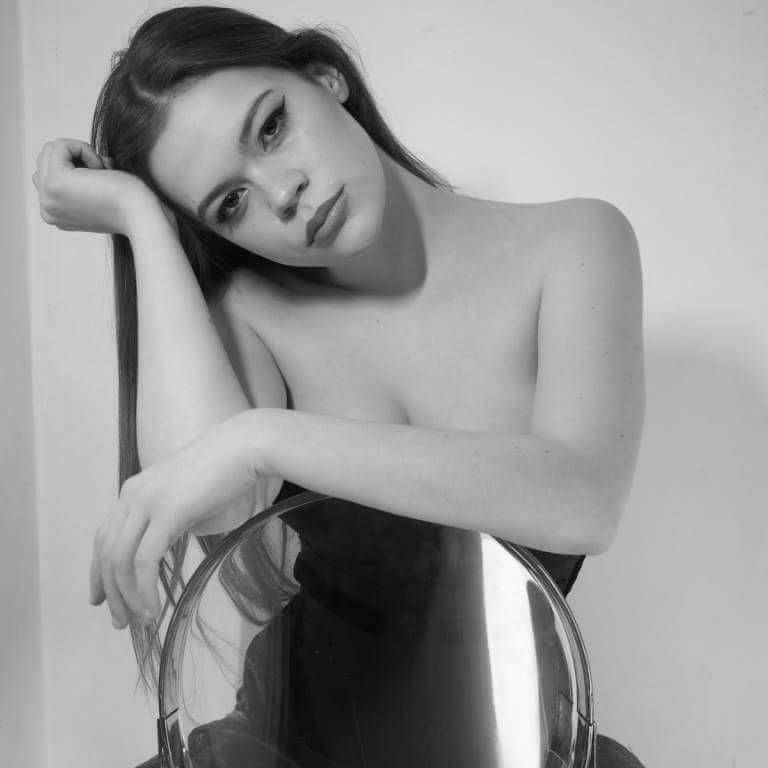 Soon one thing led to another and I ended up giving him oral sex. But I must have been a bit too vigorous, as suddenly something… snapped.

There was literally so much blood, like I’ve never seen before – it was like a crime scene.

I’d never seen him panic so much. I couldn’t help but laugh – we were really close as we’d been together a really long time, since we were 14, so I did find it funny.

He didn’t, obviously, and started shouting, "Don’t laugh, this is serious, look it up!"

It was pretty dramatic, and quite gross because obviously the blood was all over me too, and just kind of, everywhere!

He was terrified his penis might be injured forever, so the conversation then switched to what we were going to do.

We locked ourselves in the bathroom for a while – he was freaking out and I was desperately searching Google to try to find out what had happened. 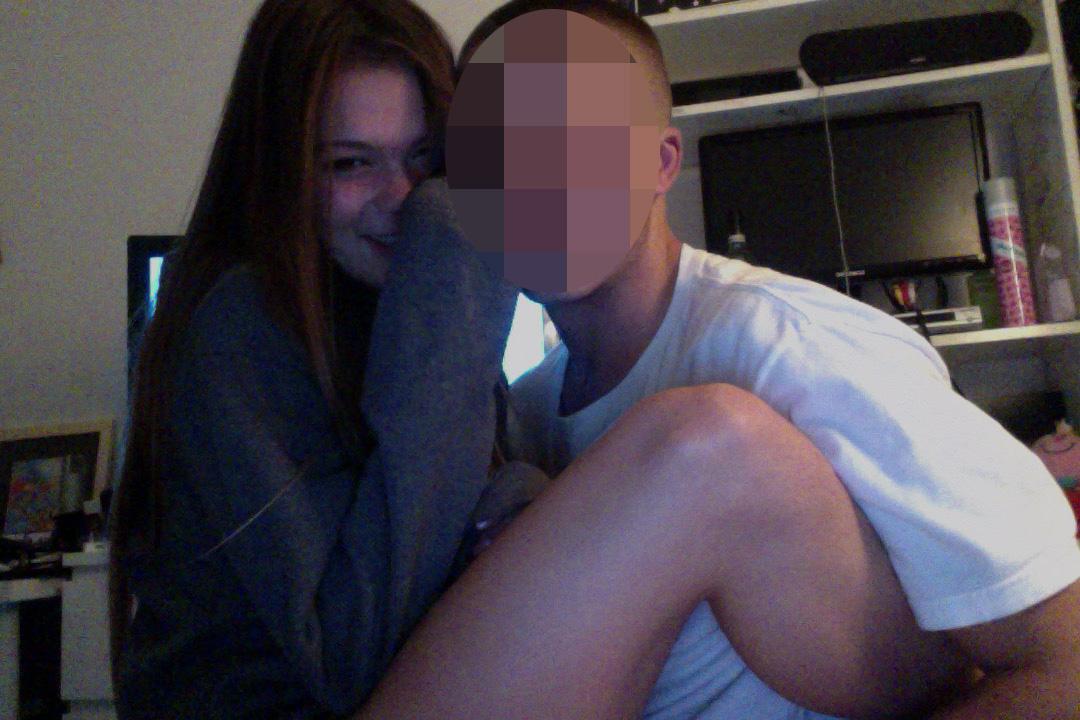 It was still bleeding and his brothers were banging on the door, and we realised there was no way out of this – we had to come clean.

We ended up getting the bus to hospital (which was awkward) and we had to tell his mum – we pretty much had to tell everyone, which was very embarrassing, his little brothers were laughing so much!

Thankfully the doctor was really casual and told him he would be alright – he (or rather I) had torn the skin between his foreskin and the shaft of his penis and needed to avoid any vigorous activity for a few weeks.

We did abstain from sex for a little while afterwards. I think he was just as scared as I was! We’re still good friends now – thankfully it wasn’t the first time we’d had sex, I think that would have put us off for life!

*Names have been changed.

We previously told how a lover ruptured his airway while giving oral sex to his well-hung partner.