AT the end of February 2020 when the rest of the world was panicking about the impending pandemic Clo de Vito, 25 was under the knife in Turkey having a Brazilian Bum Lift.

And now she's desperate for Boris to open up international travel so she can get more. 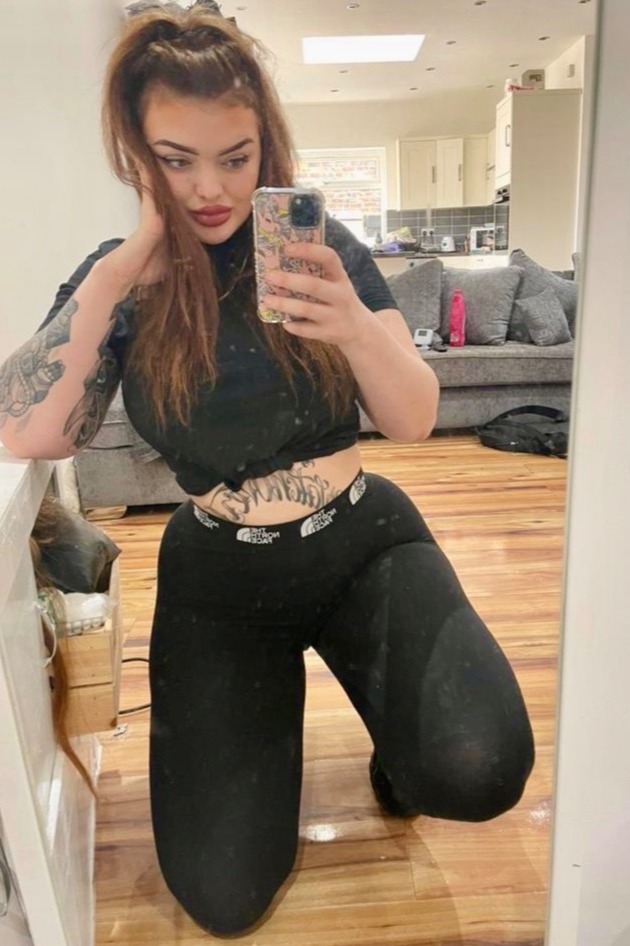 The admin railway worker says: “I’d been in a car accident in 2017. I’d had a brain haemorrhage and my world changed.

“I could have died and I hadn’t done much with my life so far.

“It made me think and so I decided if I wanted to do something – I’d do it. Life is too short.”

So Clo, who lives in Manchester got a boob job in 2019 going from an A cup to a B cup. But it was last year that her desire to change her body really took hold. 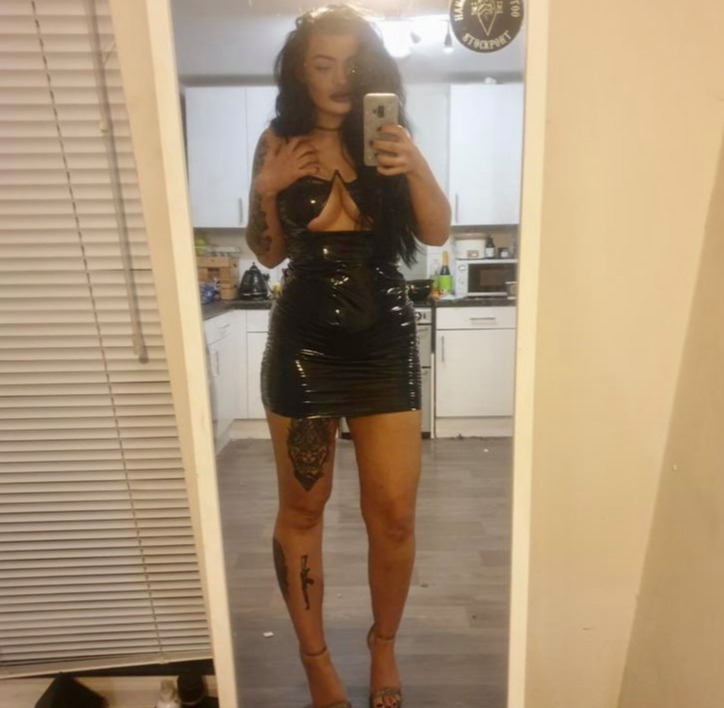 “One of the side effects of having a bleed on my brain was that I became impulsive.

“I went to Antalya, Turkey in February for a Brazilian Bum Lift (BBL) and lipo. I booked it just two weeks before I left.”

Clo says the reason she decided to have a bigger bum was because she had been scouted as a model.

“I have been told I look like Kylie Jenner and wanted to make the most of my assets.

“But on shoots I was the one who looked a bit chunky. I didn’t think I looked good enough.”

So while the rest of the world were panic buying loo roll and hand sanitiser Clo was recovering from having five litres of fat removed from her hips and thighs and a litre put back into each bum cheek.

She also had fat removed from her cheeks to give her face a more contoured appearance. 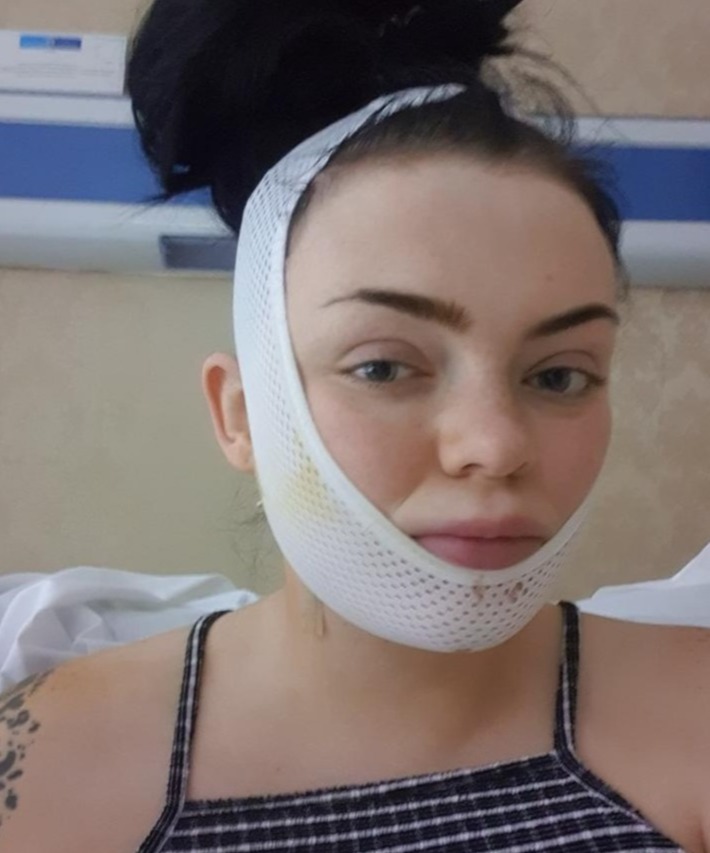 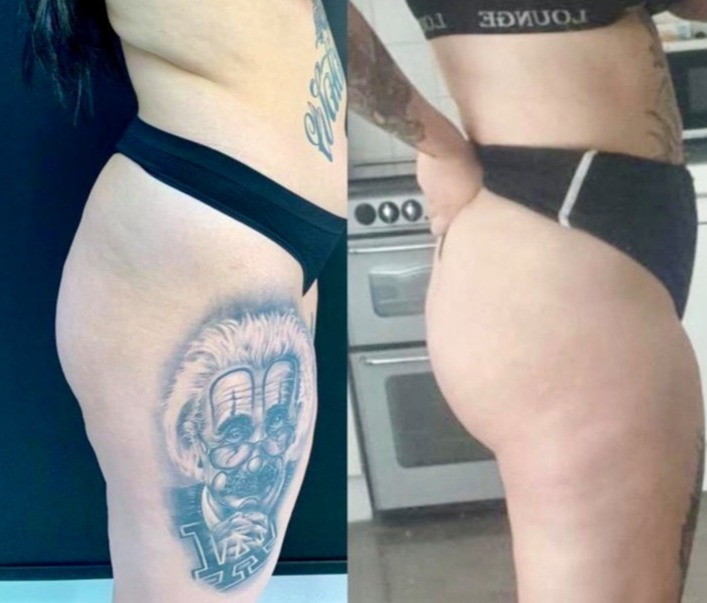 Clo received £15,000 compo from her car accident and used four grand to pay for both of the procedures.

“By the time I flew back home in March lockdowns had started across Europe. There were no checks at the airport and nothing about quarantining was in place yet.

“Even though I couldn't go out I was a key worker. I was still in the office every day and able to show off my new assets.

But like most of us she was bored of the constant rule changes and threat of another lockdown. So last November she booked to go to Istanbul for a breast augmentation and lift.

She also opted to have another BBL, a lip lift and a procedure known as cat eye surgery to give her almond shaped eyes.

“Given how rubbish 2020 was I wanted to look good. I was bored and needed something to do. I wasn’t depressed but who wasn’t unhappy with life last year?

“I wanted to go a bit further and emulate Kylie’s facial features. I already have fillers put in my cheeks, chin, under my eyes and my lips. But the lip lift meant I wouldn’t need fillers in them so often. It was a long term investment.”

Before another national lockdown Clo booked three weeks off work and boarded a flight to Turkey where she spent £8,000 on three procedures.

“We got given masks and antibac gel for the plane journey. I had to isolate for a week when I got there. I was staying in a villa with other girls having surgery done too. 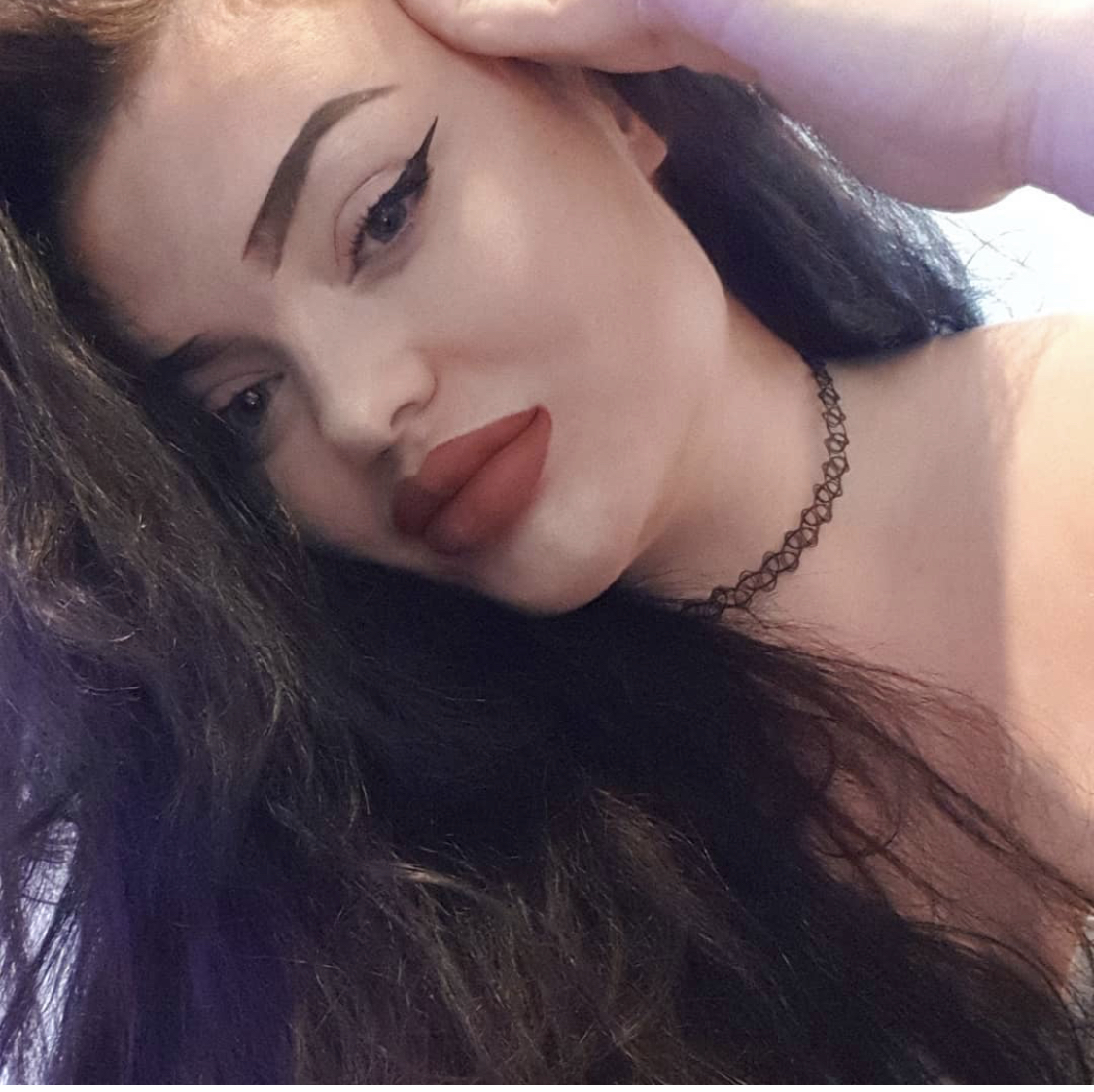 “I went from a B cup to a DD cup. The boob job was excellent. The BBL was fantastic this time. I had six litres of fat taken out and 2 litres of fat put into each bum cheek.

“My lips look great and they only cost a grand.

“I needed the cat eye procedure done because I did have hooded eyes. If anything got me down in 2020 it was looking at them rounded and bulging. I wanted a more almond shape to them.

“But I was given a brow lift instead of cat eye surgery – that was a bit of a surprise. I was horrified when I came round and saw my face.

After three days one of the girls at the villa where I was recuperating told me I needed to speak to the surgeon about the mix up.

“I texted him about it and he offered to do my cat eye surgery while I was there. But he wouldn't operate without payment up front. In one week I had three general anaesthetics.

“The results were amazing and I really do look like Kylie. I know I didn’t need the eye procedure. It was another impulsive decision.”

When Clo got home she had to quarantine for 14 days before she could return to work.

“My boobs are amazing although they do get in the way at times. The older blokes at work say “Morning Clo!' to my boobs not to me. Running is a bit of nightmare with my bigger body and I even split my work skirt. 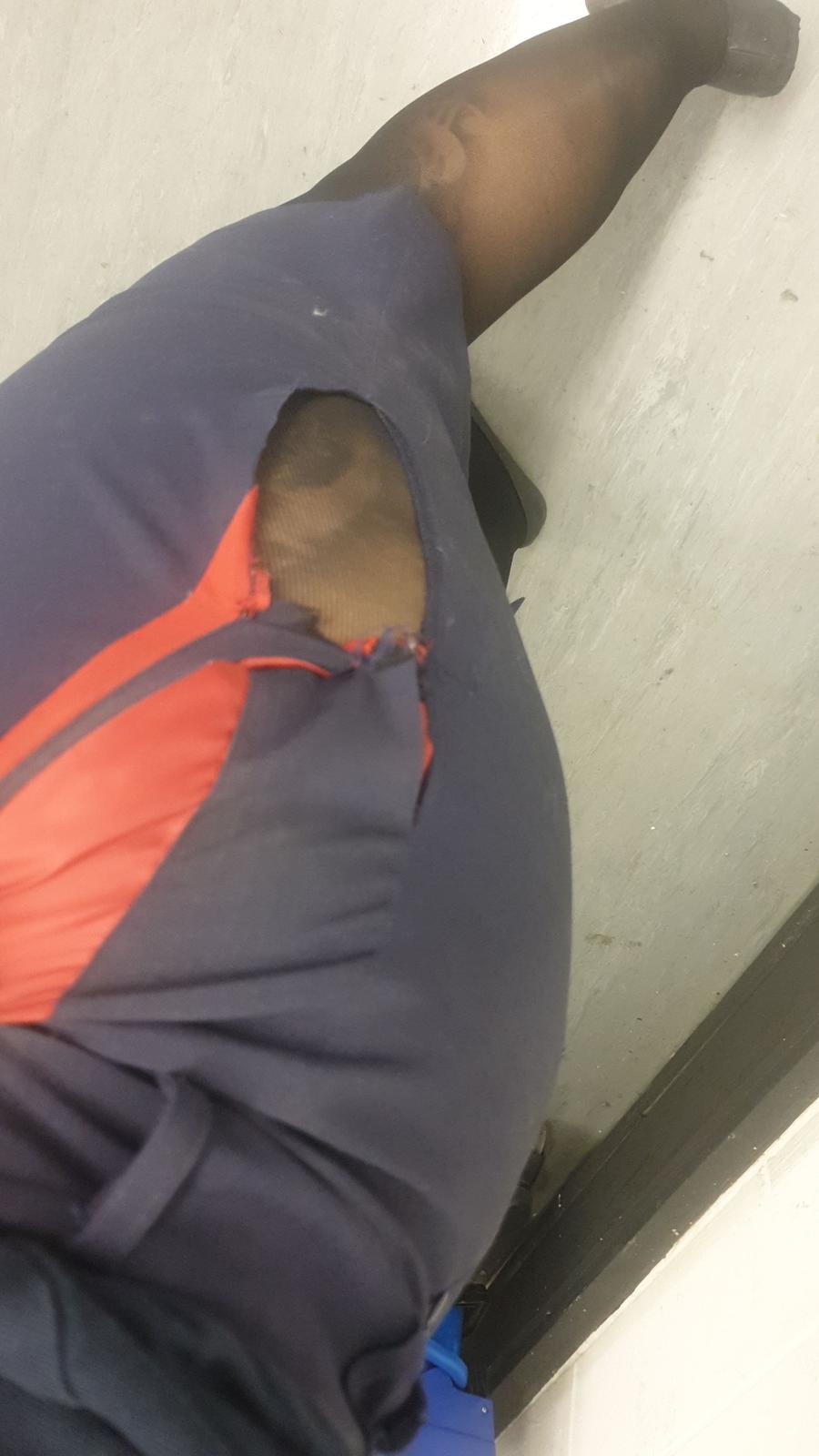 “I now need a new uniform but as the franchises are changing over I have to wait for a new one to be issued.

“I do get a lot of haters about my figure now so I go through phases of activating and then deactivating my social media accounts.”

As for Clo and her new penchant for surgery she hasn’t finished yet.

“It is a bit addictive and I know this part of my personality is as a result of the brain bleed I suffered.

“Today I reckon I like my body and I’m happy with what I’ve done so far. I think I could stop but I probably won’t. 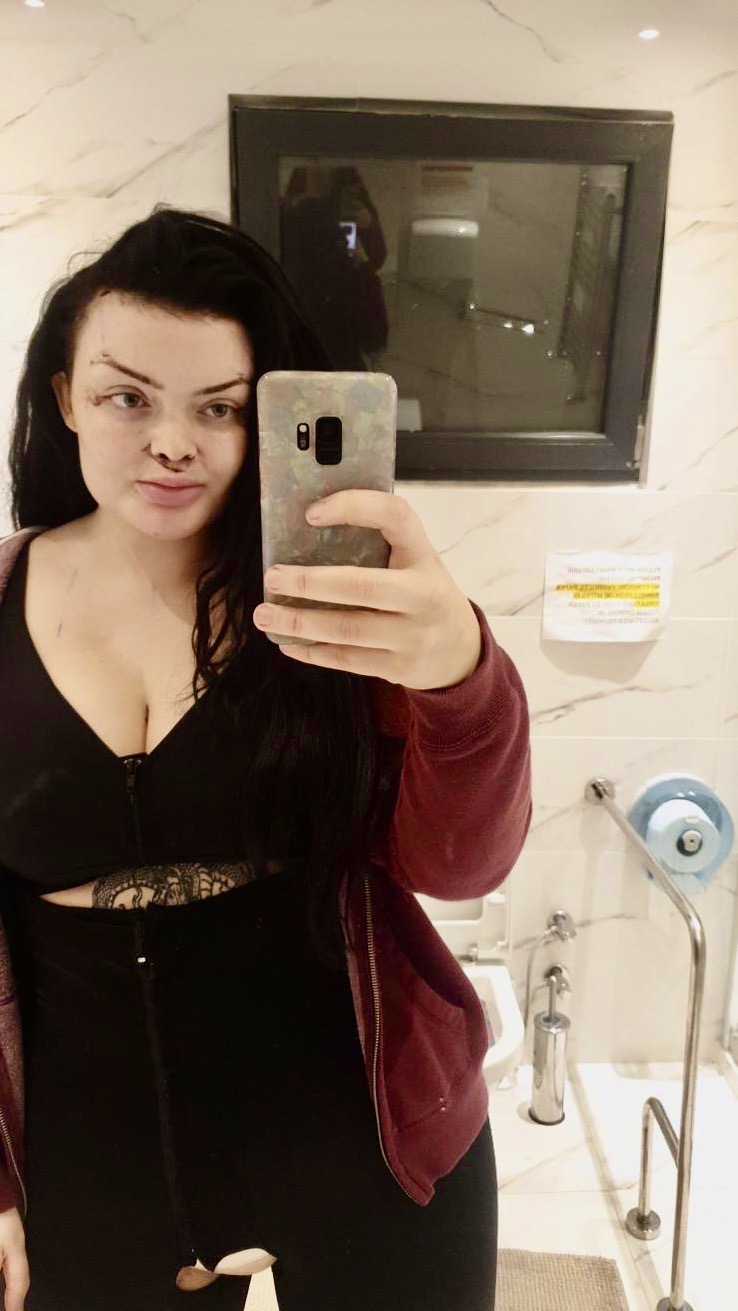 “I used to really admire certain influencers on Instagram and there was one I adored but I now realise their pictures are all photoshopped. It’s why I am honest with my followers about what I’ve had done.

“I’ve booked flights back to Turkey in July this year to get my eyes done again. I’m going to focus on my face now. Come on Boris – open up the airways so us girls can get our surgery done!”

Holiday Rules – Everything we know

We shared how this man spent £15k fillers to be real life Barbie,but women are put off by his look.

Plus, this woman is 'addicted' to illegal bum injections – she's had 54 injections and doctors say it could kill her, but she says it's worth it.

Meanwhile, we shared how to look like you've got a fuller bust- WITHOUT a boob job.