A MAN has revealed how a horrific crash left him needing to have his PENIS and one of his testicles amputated.

Paul Berry, 29, lost control of his car while driving under the effects of alcohol and was thrown out the back window. 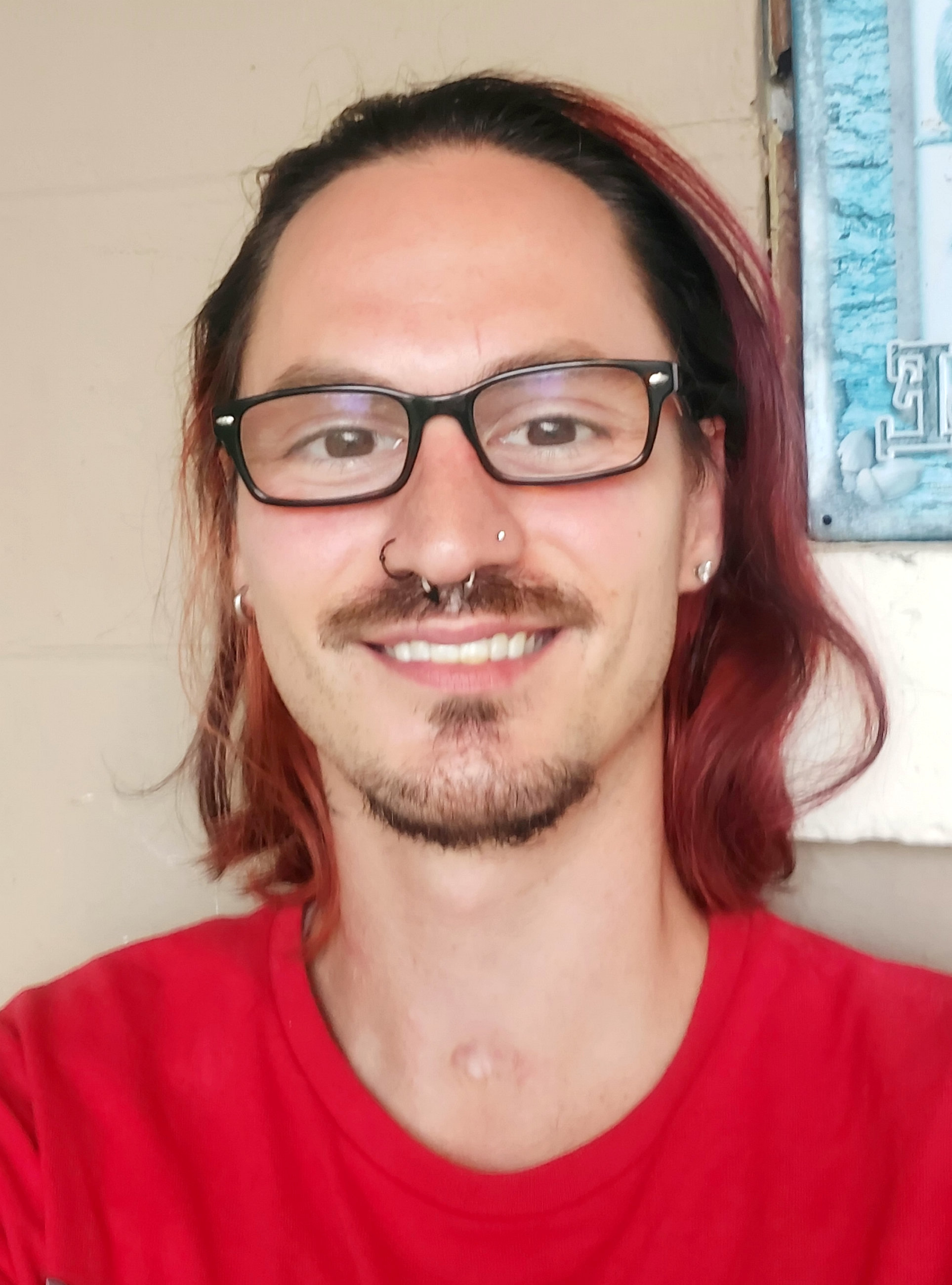 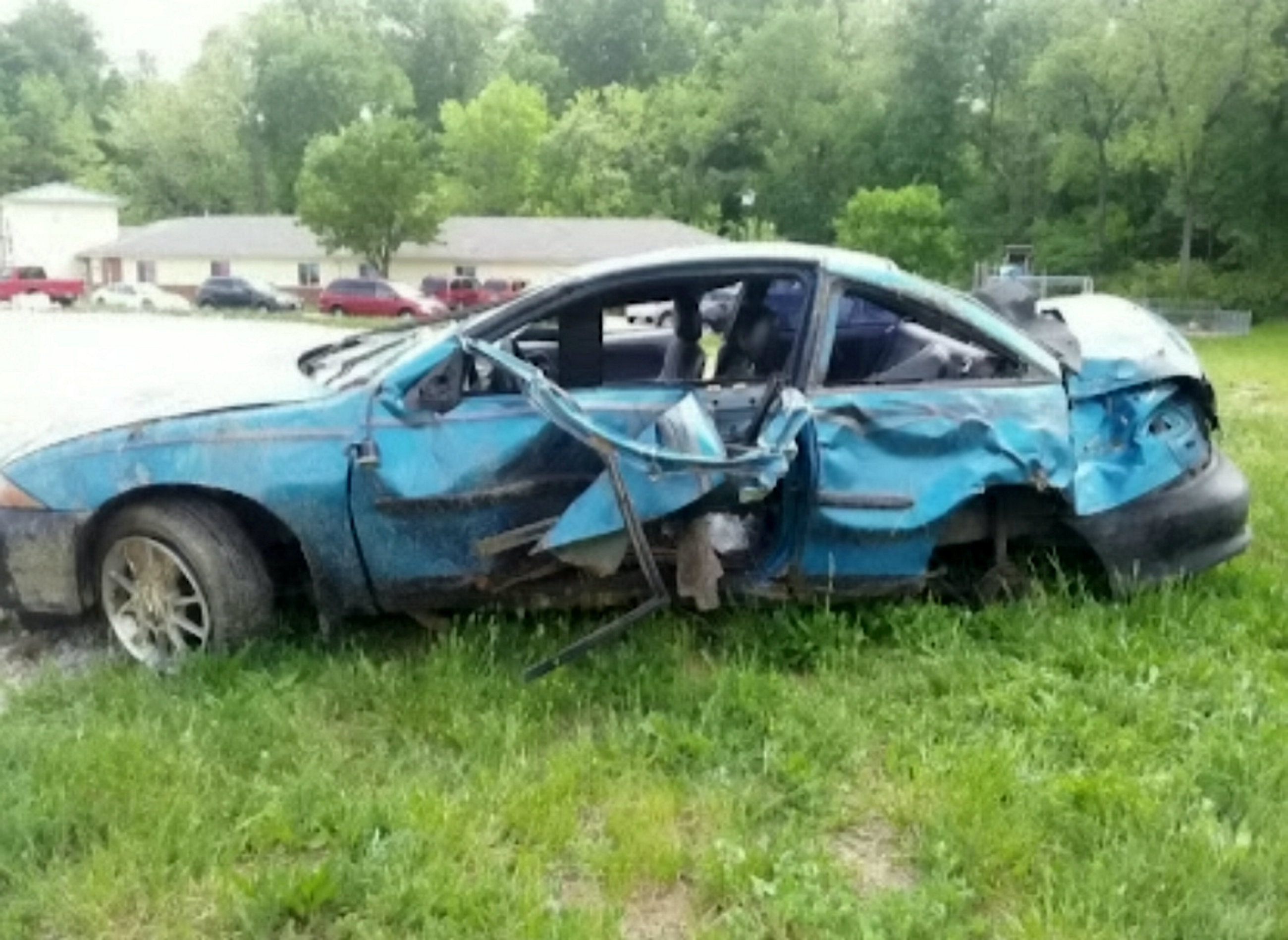 The car rolled over and landed on his lap – he broke his neck, jaw, hips, nose, pelvis, and sustained a brain injury.

His penis and one of his testicles were badly injured and had to be amputated.

Paul said: "They had to amputate my, well, manhood. It's like they chopped a tree down and there's a stump.

"Ironic, because I didn't feel like a 'man' until after the accident.

"I want to tell the world about the emotional toll this took and will always take on me.

"It has forever changed my life in a way that I wouldn't wish upon my worst enemy."

Paul, who lived in Saint Louis at the time, was driving to see his then-girlfriend who lived in Columbia, Illinois at about 2 am on May 10, 2014.

He admits that he had enjoyed a few drinks earlier that evening with a friend.

He said: "I was over there every day, and drinking a fifth of hard liquor every day."

After driving over the Jefferson Barracks Bridge, he took the exit onto Route Three but lost control of the car.

"I either fell asleep or I slipped in the rain," he said.

"I started to go one way and I turned the wheel the other way trying to correct myself but I overcorrected which caused the vehicle to flip.

"It rolled a few times and I was ejected out the back window, and then I went flying and the car kept rolling and I hit the ground and the car happened to stop rolling right on top of me."

A truck driver following him stopped to help and signaled for other motorists to stop and help lift the car off Paul.

An air ambulance was called and he was transported to St. Louis University Hospital and put into a medically induced coma on the way.

"They said that my heart stopped for a few seconds when I was in the air," said Paul, who now lives in Sestus, Missouri.

He didn't wake up from his coma for five weeks, during which he had a titanium jaw fitted, 13 screws in his chin, and plates put in both sides of his face.

"You couldn't tell by looking at me though, they did a damn good job!" joked Paul.

During the crash, the car wheel had come off and the metal that was left landed directly in Paul's left, crushing his genital area.

He said: "I had a scar that looks surprisingly healed now, but it basically smashed it and the middle of the shaft was dead tissue.

"They tried to reconstruct it but it was unsuccessful."

Surgeons tried to re-attach the shaft with the remaining tissue, but Paul went into leukocytosis, which is when a high number of white blood cells flood to the injured area.

This could be fatal, so for his safety, medics were forced to give up their efforts and amputate his penis and one of his testicles, leaving just a stump.

When he finally woke up, Paul didn't initially register the extent of his injuries.

He said: "I don't know if I just didn't want to believe it, it was shocking.

"I thought that it would heal, but the doctor came in and asked me if I had any frozen semen in case I wanted to have kids because I wouldn't be able to have kids."

That was when Paul realized his penis and testicle were gone for good.

He said: "I felt overwhelmed like my life was over.

"I even had the name of my baby girl chosen from when I was 14 years old, that crushed me.

"I have always dreamt of having a baby girl – my whole life, basically."

Despite the amputation, Paul insists his penis still has sensation.

Doctors told him the fracture in his neck was only an inch away from paralyzing him from the neck down.

"I guess I should have felt lucky to be alive considering, but honestly at that point in my life I didn't feel very lucky," he said.

The dog groomer spent another six weeks at Mercy Rehabilitation Hospital undergoing physical, speech, and occupational therapy – although he miraculously retained his ability to walk.

He said: "The doctor walked in and I'm sitting in the wheelchair and he said 'Now Paul, I'm not saying that you'll never walk again I'm just saying you'll have to relearn how to walk.'

"Well my a** stood up from the wheelchair and took a few steps over to him and I was like 'Excuse me doctor, I didn't hear you!'

"Then a bunch of nurses rushed around me like 'OK Paul sit down, sit down!'"

When he got home, he was looked after by his grandmother Nancy Berry, 86, and didn't feel comfortable going out or dating for a long time.

He said: "It was hard but because even if I tried to talk to anyone else it was like I always had that secret.

"I don't like to expose it so I just never looked for anything.

"What they don't know won't hurt me. Once we take our clothes off, we can't really do anything, that was difficult.''

After the accident, Paul's sister Danielle Berry, 34, kept his beloved ten-year-old Labrador-boxer cross Resse and told him that he couldn't have her back until he was fully healed.

This motivated the dog-lover to get his life back on track.

He said: "I kind of realized the same things you die for you also live for.

"My then-fiancée, my dog, my family, my nieces, and nephews – but mainly the dog.

"She helps me more than you could ever imagine, she gives me a purpose to wake up every day.

In December 2014, Paul heard about the first-ever successful penis transplant that had been performed in South Africa.

"But that was the first one ever and that was shortly after and I don't have enough money for all that," he said.

"I'm not holding my breath, if it happens that's great."

Physically Paul is fully recovered, but it wasn't until now that he finally has the confidence to speak out about how the accident changed his life.

Happily single, he said: "I feel like I can open up about it, I'm not ashamed anymore.

"Life's hard but it's made me a lot more confident in myself.

"I realize it's not the most important thing and that doesn't make you who you are.

"I can honestly say I didn't feel like a man until after I didn't have a manhood." 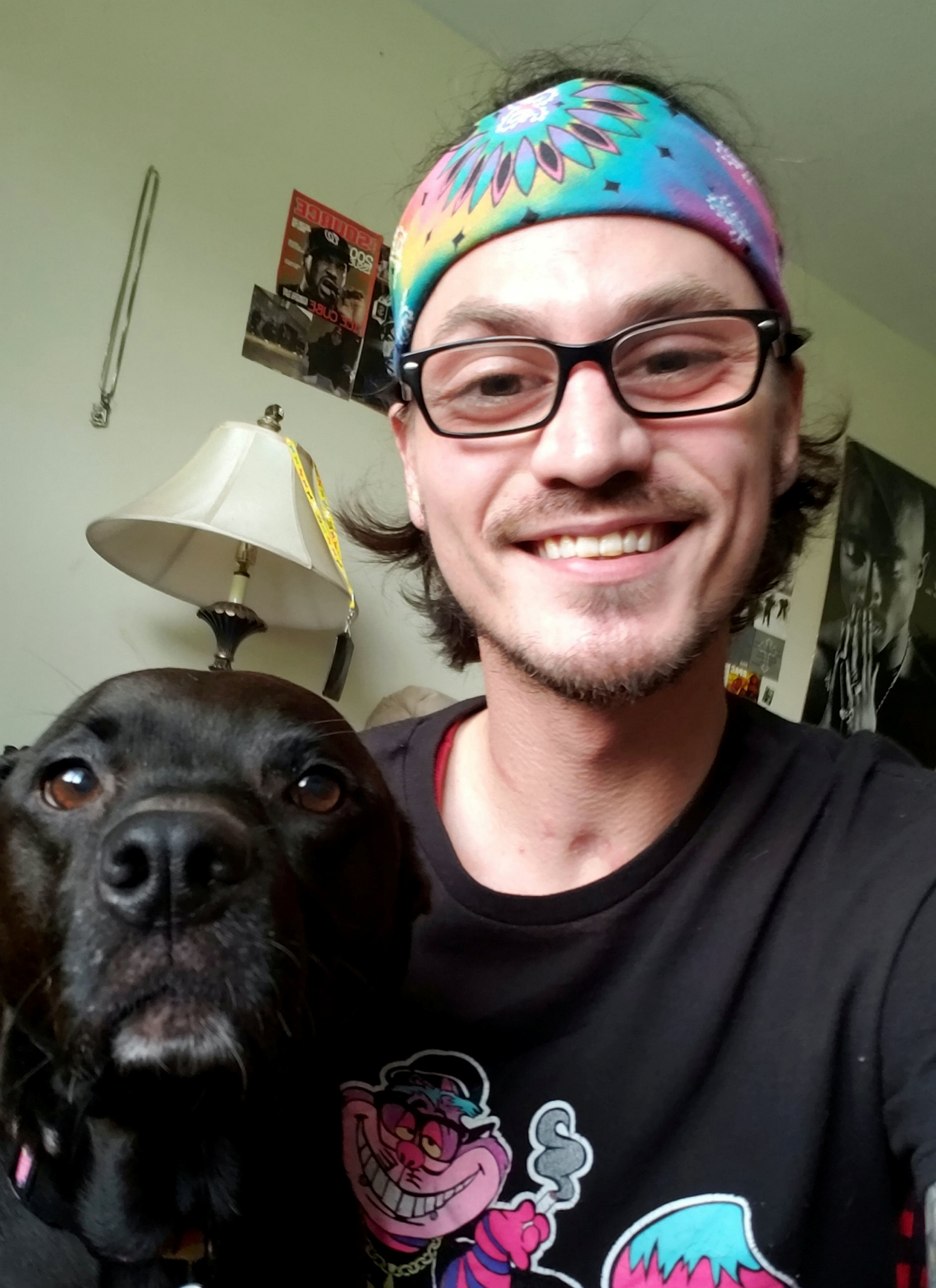 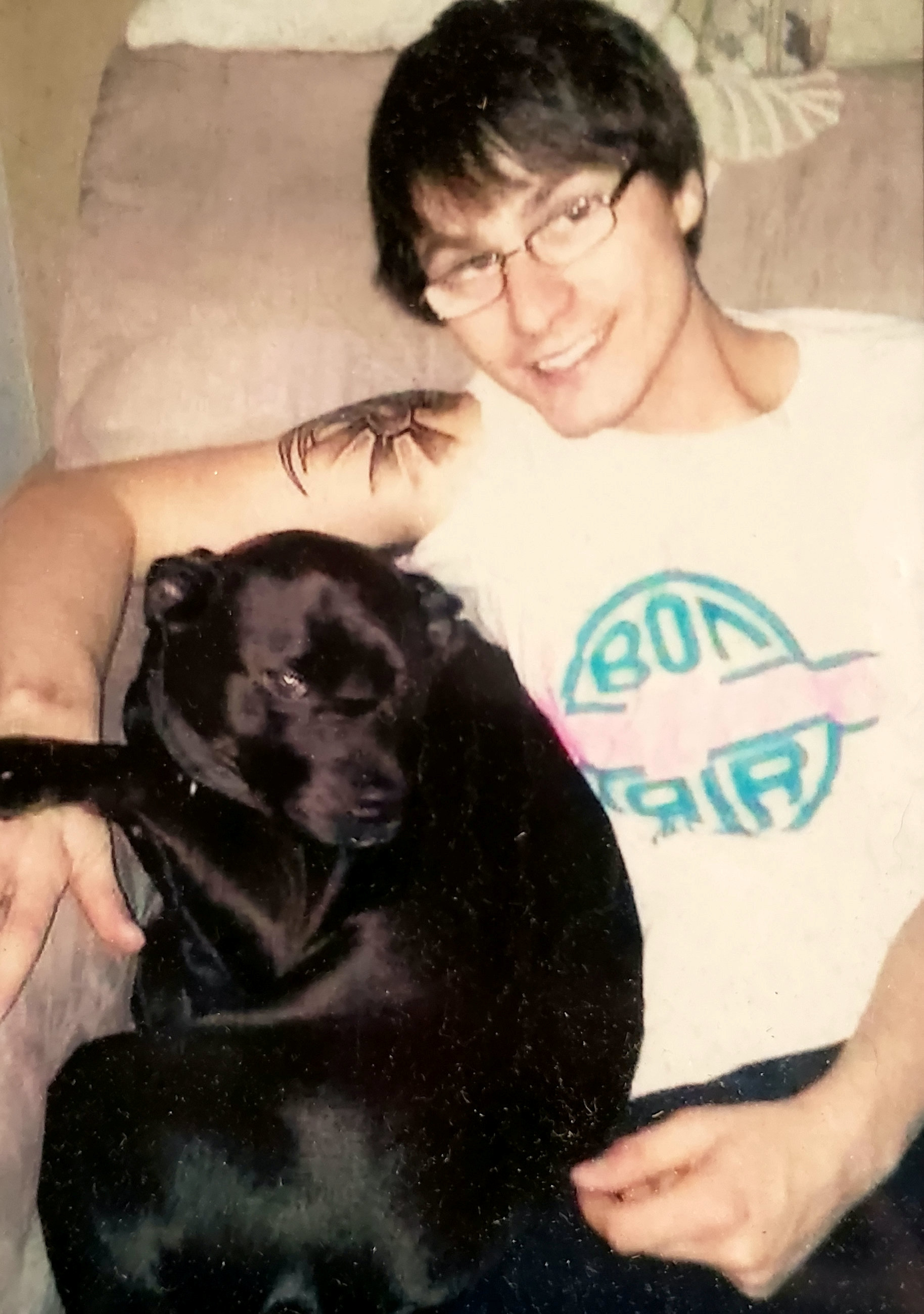 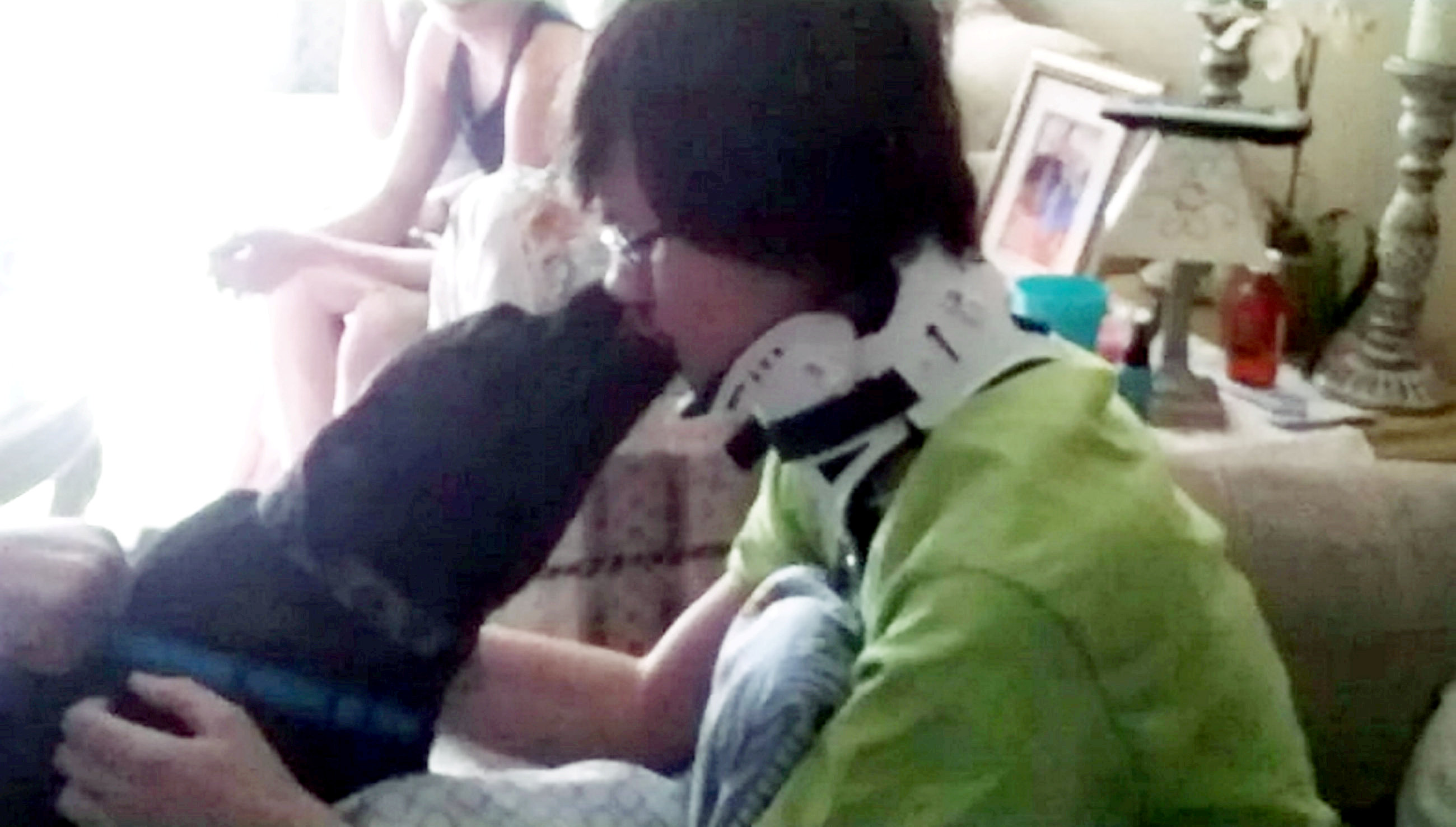