A WOMAN detailed the horrifying moment she allegedly discovered a clump of blonde hair in her bathroom, which lead her to believe her partner was cheating.

When she confronted him about it, he first claimed it came from their brown-haired dog and then said it was his own, but he was also a brunette. 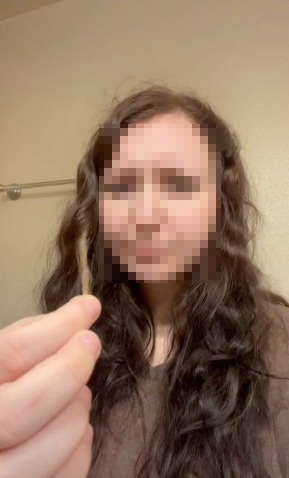 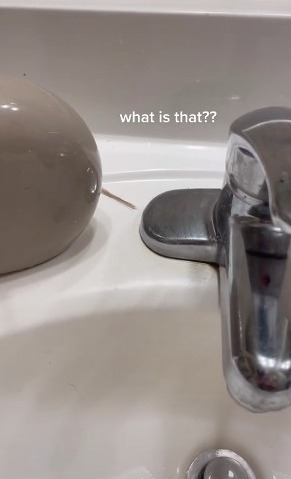 A woman, whose identity The Sun has gone to protect, recreated the moment she allegedly discovered a clump of blonde hair on the sink.

The clump looked like it had been cut off with a pair of scissors.

After comparing it to her own, she came to the conclusion that a woman had chopped it off on purpose to let her know her man was cheating on her.

She believed he had brought someone over, the woman discovered he had a girlfriend, and cut off a chunk of her hair to let her find it and discover the truth.

In a follow-up video, she shared her text conversation with her boyfriend where she confronted him.

During the texts, he first claimed that it belonged to their dog who had brown and white hair.

After asking him again, he then claimed it was his and must have left it behind when he got a haircut.

However, he is also a brunette, just like her.

In a third video, the woman talked about how she confronted him when he made it back home and asked him about it and he simply ignored her.

Continuing to press the matter, she then asked if she could go to the gym with him.

He told her he didn't want her to come because he was already going with his friends.

She claimed she was suspicious because none of his friends were gym-goers.

The woman also noticed that after she grew suspicious, he turned off his location so she wasn't able to know where he was.

Many took to the comment section of her videos to agree that he was acting suspiciously.

One person wrote: "Whoever left the hair committed to the cut and to you seeing it. A few blonde hairs is hard to spot – but that’s a clump."

A second one claimed: "He's obviously guilty. If he wasn't, he would be much more concerned with clearing up the situation that you think is happening."

And a third said: "A man who truly cares will be compassionate about the way you’re feeling. Whether he cheated or not, it’s giving red flags." 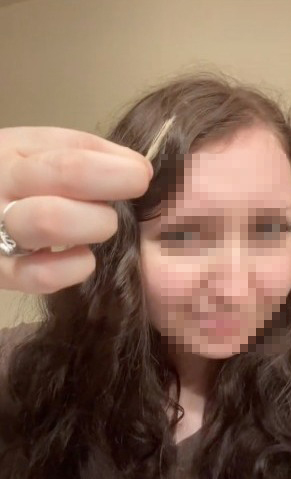