INFLUENCER Gemma Bird – aka Money Mum – has 220,000 Instagram followers, her own lingerie brand, and she’s about to release her very first book.

Thanks to savvy savings, the mum of two – who has never earned more than £25,000 per year – lives mortgage-free in her £800,000 Essex home and regularly whisks her family away on luxury holidays to Mexico, Lapland and Dubai. 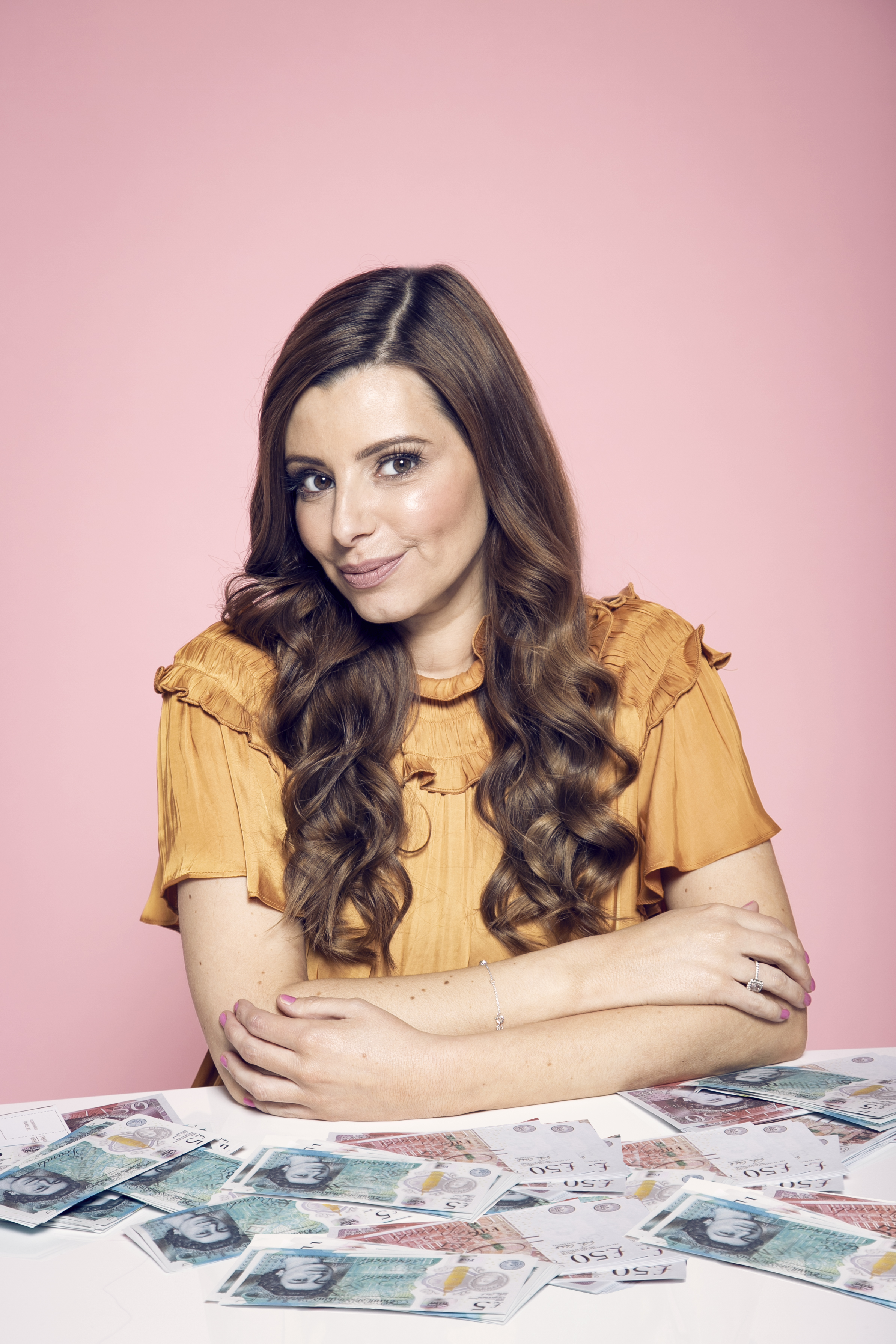 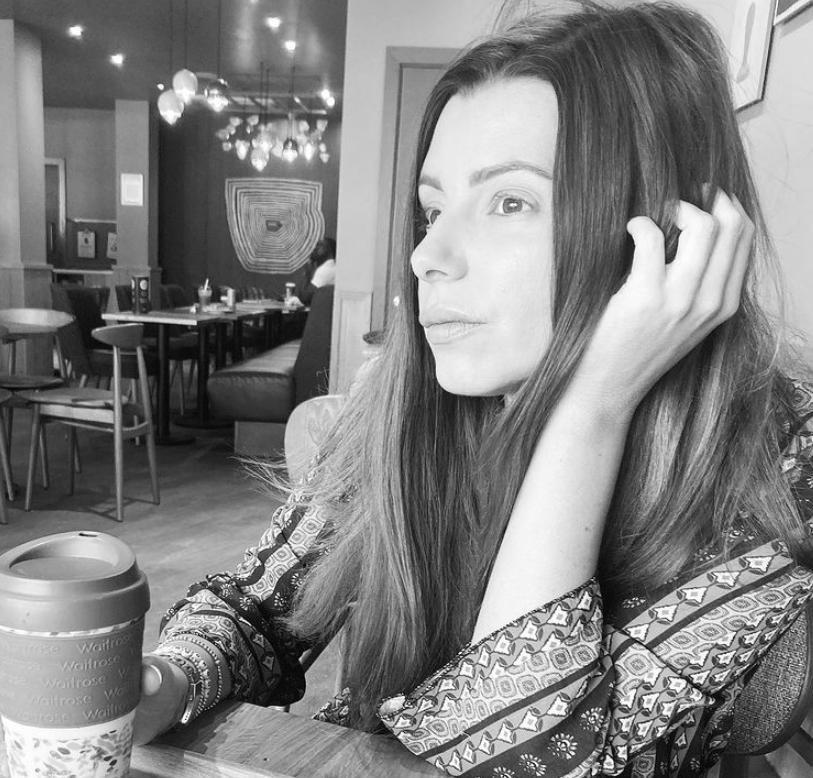 But despite her staggering financial success, Gemma, 40, wakes up every day to dozens of messages telling her she’s stupid. Dyslexic, she often finds herself tripping over spellings and mixing up her letters – and social media trolls don’t let her forget it.

Gemma, who lives in Billericay, Essex, with husband Adam and their kids, son Brody, eight, and two-year-old daughter Bronte, says: “I’ve been called thick, told my writing is terrible and that my spelling hurts people’s eyes.

“People tell you to grow a thicker skin, but you shouldn’t have to in this day and age. Most of these women leaving nasty comments are mums with children – what kind of example are they setting for their kids?

“But at the end of the day, I know they’re just jealous of how far I’ve come – and I’ll never let it get to me.”

Gemma was first diagnosed aged six, when teachers noticed she kept getting her Ds and Bs back to front.

She says: “I wasn’t offered any support – teachers just pointed out the difficulties I was having to my mum and so she tried her best to help me by teaching me spelling rhymes, but there just weren’t the same resources back then.

“While I knew I’d never be top of the class and I did sometimes worry about my reading and writing, I was always happy doing the best I could and playing to my strengths, like drama.”

When Gemma left school in 1997 with six GCSEs, she threw herself into jobs where her dyslexia couldn’t hold her back, working  in a medical centre, and doing shifts in a pub.

Within four years, she and her then-partner had saved a £30,000 deposit to buy their first home. Three years after that, she and her dad went halves on two buy-to-let properties.

She says: “My dad wasn’t well-off either and between us we split the profits of the rent, and when we sold them ten years later we walked away with £240,000 between us.

According to the NHS, signs of dyslexia usually begin to show themselves when a child starts at school.

Dyslexia, also known as a reading disorder, is not a learning disability – intelligence is not affected.

The signs and symptoms vary from person to person and each case will have their own unique strengths and weaknesses.

A person with dyslexia may:

“In 2013, I also set up BB Lingerie with my friend, selling underwear sets and cute pyjamas. My dyslexia never got in the way – my friend took care of all of the documents, accounts and emails while I focused on the creative side where my strengths lay.

“It wasn’t until December 2019 that I started sharing money-saving tips on my Instagram account, such as how to cut back on your food bill and put away a little extra each month, as a laugh.

“But soon I was getting hundreds of messages from followers asking for more so by July 2020 I began posting them daily and officially became known as the Money Mum.”

But her success as an influencer came at cost – it was also the first time she experienced abuse over her dyslexia.

She says: “No one else was bothered by my dyslexia at school or work. I was never bullied, no one ever said a word to me about it – that is, until I went on Instagram, and now I’m reminded of it every day.

“It was a shock to be honest; until then, I hadn’t realised how cruel adults can be. Almost all of my comments come from mums just like me, and I would never have imagined speaking to someone like that.

“It did take its toll of course, I would often dread posting something just in case it had a spelling mistake, but with Adam’s encouragement I decided to ignore the trolls.

“A lot of the times when I’m writing a caption, everything is back to front. People can tell me how something is spelled but it still won’t look right to me.

“I do try to avoid errors. My mum taught me all the rhymes to help me remember spellings, which I still use to this day. You’ll often hear me muttering ‘big elephants can’t always use small exits’ to remember how to spell ‘because’.

It was a shock to be honest; until then, I hadn’t realised how cruel adults can be

“And then there are certain words I will never use because I don’t know how to spell them. For example, I always use ‘beautiful’ instead of ‘gorgeous’ because I wouldn’t have a clue how to spell it.”

“I am resourceful with my dyslexia, I will always find a way to get things done. If I have to text someone, I tend to voice-note them so that I know I won’t misspell anything.

“I was so pleased when Instagram introduced the speech-activated captions, which meant I didn’t have to write them myself and deal with my trolls. But of course I do have to write my captions for posts myself, as I try to be as real as possible on my account.

“I know before I have even hit share that they will be littered with mistakes, I know that people will point them out, and they won’t be nice about it, but I want to do it myself.

“I am really trying to improve my spelling and grammar – and I am noticing myself improving. I put question marks on my last post and I’m trying to learn how to use other punctuation to constantly better myself.”

As for the trolls, Gemma refuses to add fuel to the fire by engaging with them.

She says: “I never respond to anyone – no one will ever get a rise off me, they can troll me as much as they want. I’ve not got time to waste on negativity. But that doesn’t mean it doesn’t get to me. I’m human, and it can make me feel really down.

“When it comes to my own children, I’m very honest about my dyslexia and I will just say if I’m not sure about something. I want them to know it’s OK to be a bit different.

“A lot of the time, I take it as a form of flattery – why are people even bothering to take the time to troll me? It makes them feel better about themselves by being nasty to someone. They look at me, they see I’m successful and they want to bring me down.”

Thankfully, it’s not just the haters who comment on Gemma’s dyslexia, and she is frequently moved by positive messages she receives.

She says:  “For every troll that leaves a rude remark, I will have a message from someone who suffers from dyslexia who has been inspired by my journey and that makes it all worth it.

“Although I’m thrilled that I’m inspiring others, I would urge them to get the help that I never did.  And remember: never let it stop you from achieving your dreams.

“If only the 10-year-old girl at school who worried about reading and writing could see herself now.”

Gemma’s book, Money Mum Official Save Yourself Happy will be released on January 6th. 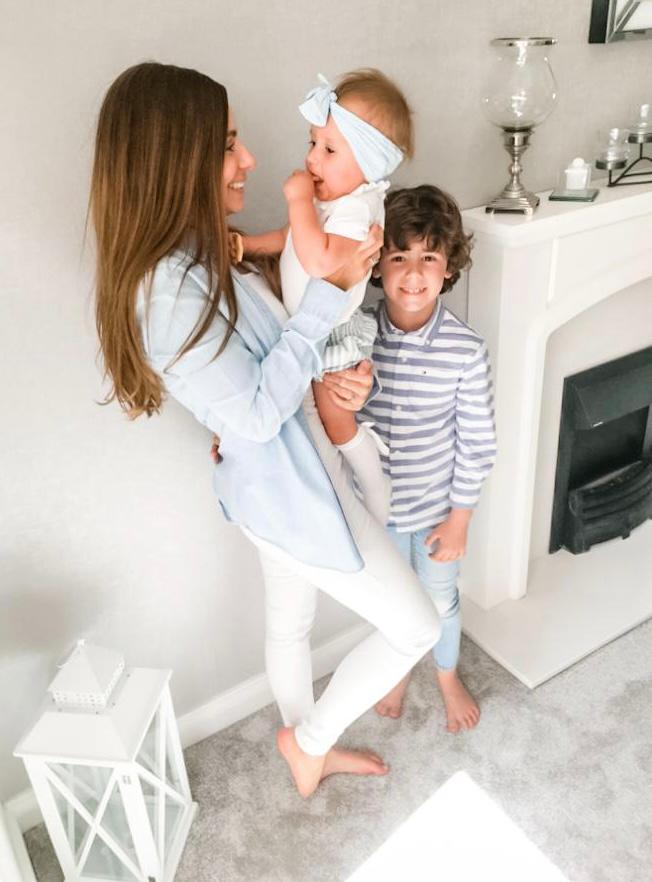 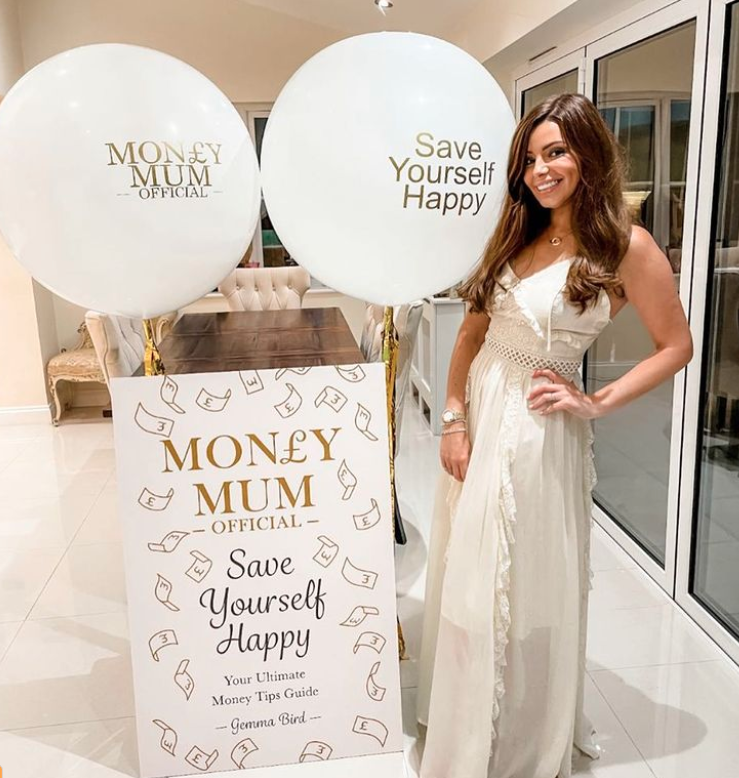 Previously, Gemma revealed how you can halve your supermarket shop with these simple tips.

And Gemma revealed how you can look a million bucks on a budget.

Plus she revealed how she got her home looking like a boutique hotel without spending a fortune.