A SAVVY spender managed to save £700 taking up the DIY challenge to revamp her dining table rather than splurging on a posh new one.

Kerry Green, 49, from Hull decided to upgrade her furniture herself rather than splashing out on a fancy table. 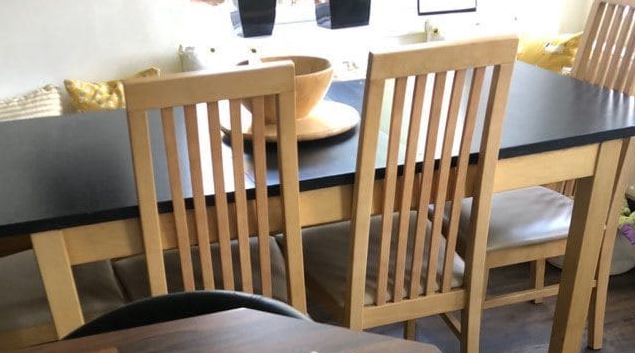 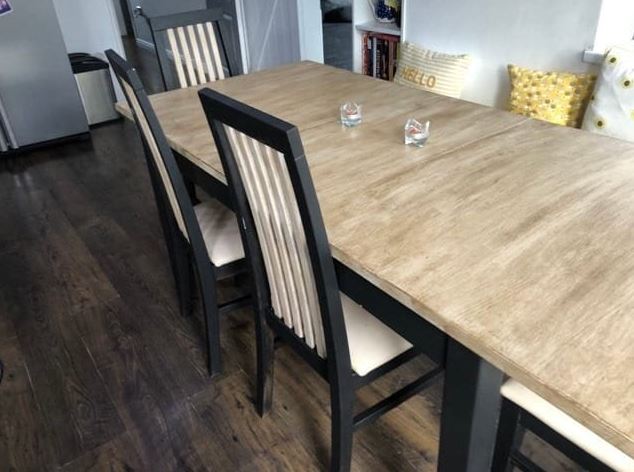 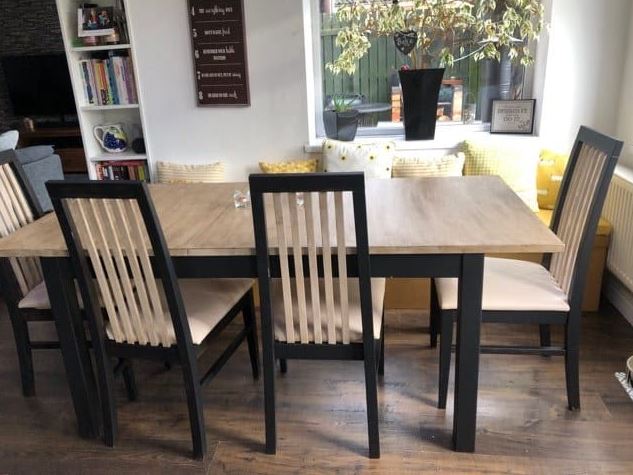 The mum-of-four and works as a health visitor, told money-saving community LatestDeals.co.uk: "I bought my table 10 years ago from an IKEA clearance sale. It only cost £100 at the time, which was a great bargain.

"Four years ago, I painted the top black. However, I recently decided I wanted a change. I looked online for similar tables to buy, but the average cost was £800!

"I browsed DIY groups on Facebook for inspiration and saw someone had created a great wood effect technique on their radiator cover using Frenchic paints and a special brushing technique.

"I decided to try and make my existing table look more modern without paying out for a new one. 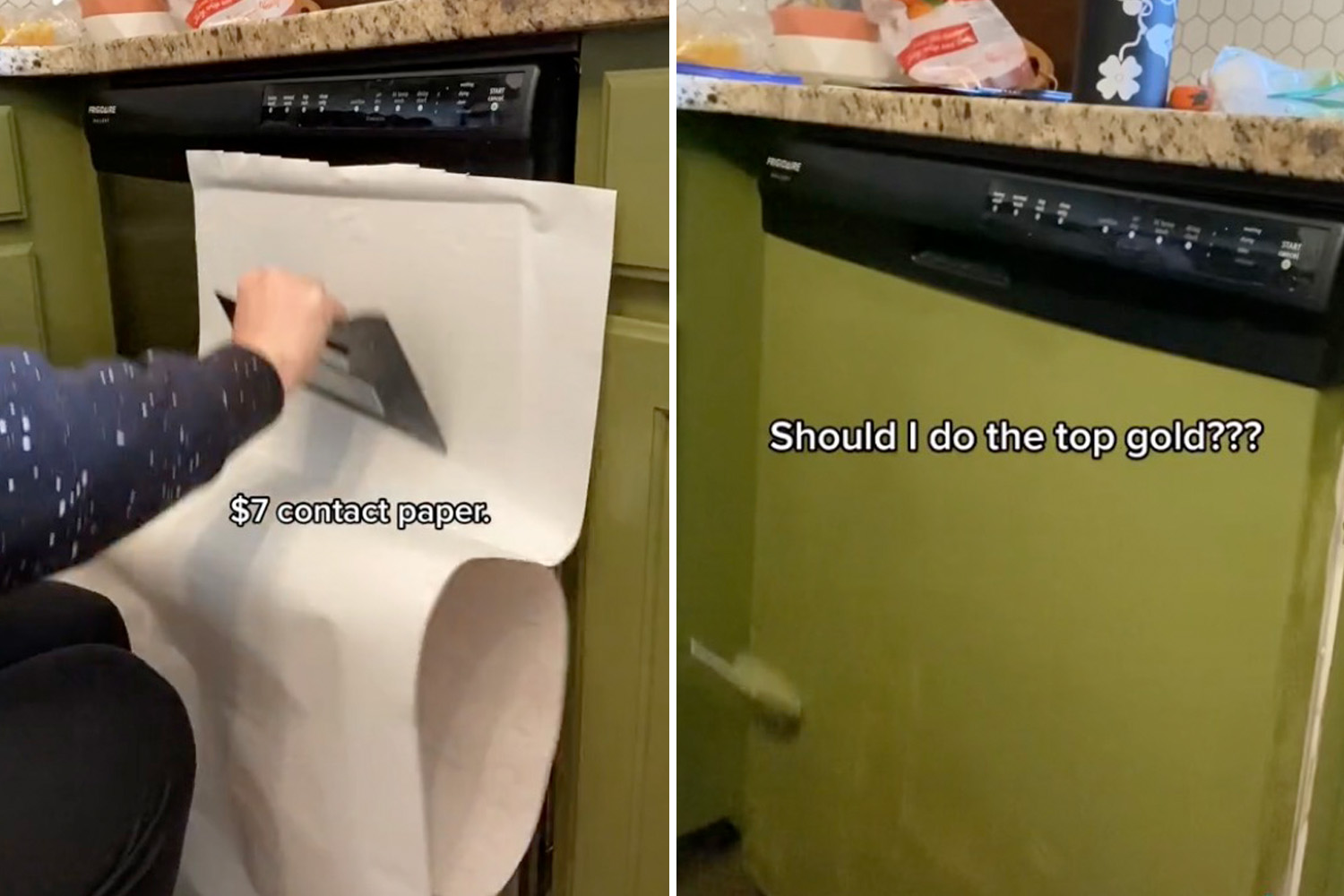 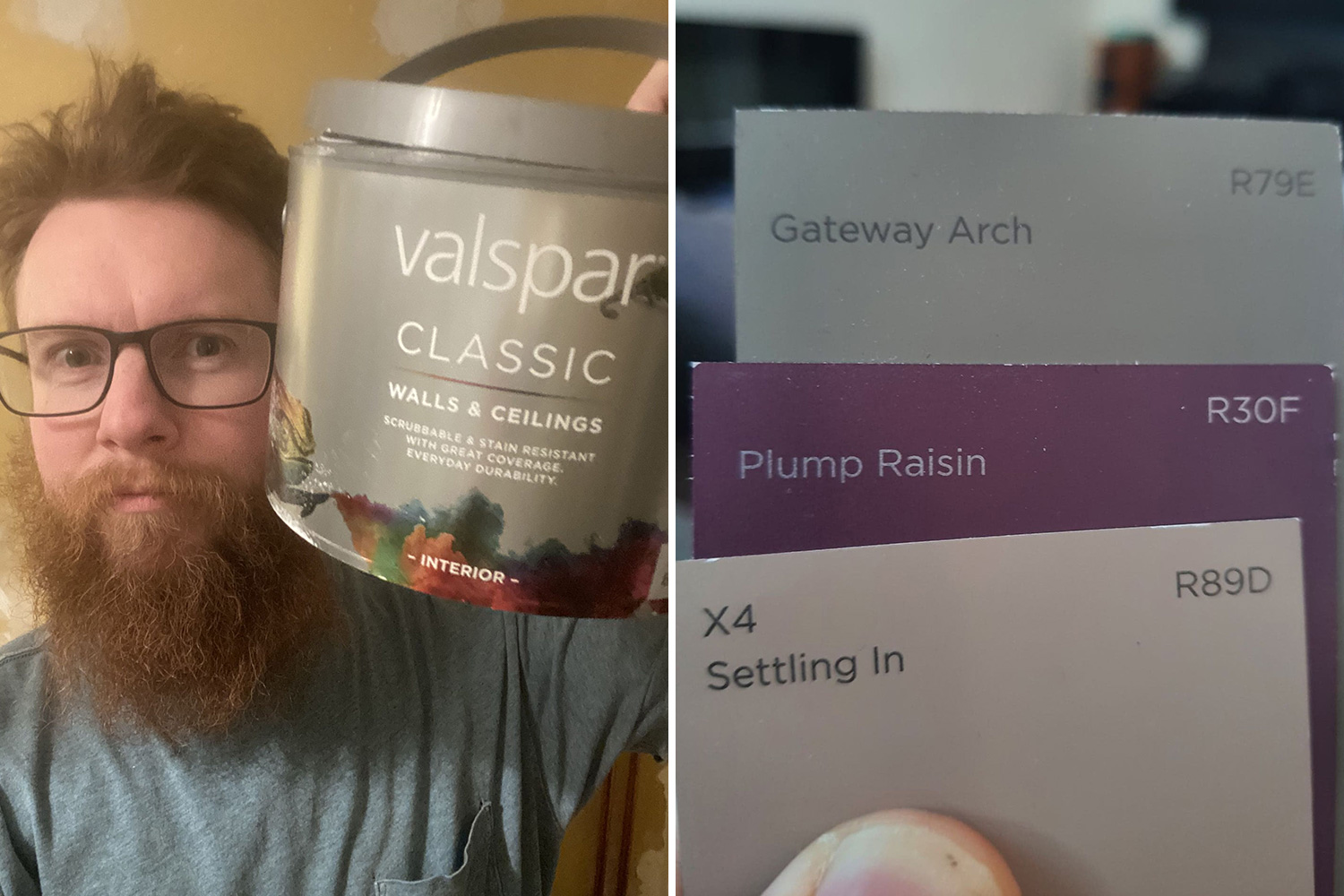 "I figured that if it didn’t look good, I wouldn’t have lost or wasted anything. The table is pretty old, and it was a bargain at the time.

"The supplies I got for this project were much cheaper than just buying a new table. I used two tins of Frenchic paint from the Alfresco range in the shade Blackjack. The tins cost £19.95 each.

"For the finishing effect, I used the browning wax from Frenchic which is brushed lightly onto the dried paint and left to dry.

"Then you add another coat of the wax brushed in and it creates a wonderful wood effect. It took three light coats of Frenchic browning wax in total.

"I paid £15.95 for one tin of wax, and I have plenty of paint and wax left over now the project is done.

"Initially I had thought browning wax could only go on wood, but I decided to just give it a go with this MDF table top. It wipes down fab after letting it settle for nearly two weeks, hardening and curing.

"After seeing some similar projects online, I understood how much wax to use. I learned that you’re not meant to buff it or rub it while applying as this will ruin the effect. Instead, you almost have to go against your instinct and just brush it on.

"To tackle the chairs, I unscrewed the seats and removed them before painting. I then lightly sanded them and cleaned them with sugar soap. It was then time to paint. The paint dries really quickly so you only need to wait about an hour between coats.

"For the tabletop, I followed a similar process. I lightly sanded it by hand before cleaning it with sugar soap. Then I applied three light coats of paint for full coverage, allowing an hour of drying between coats.

"The browning wax was applied once the table top was fully dried. I used two different brushes and went in the same direction for each coat, then went over it really lightly with a dry brush.

"I left the brush marks as they were, and even though it looks odd at first, you can see the wood effect pattern taking shape by the time the second coat is done. Then you just leave it to dry.

"I knew this method would work as I actually learned the hard way. I did my wardrobes in the past and rubbed the brush marks in. By making this mistake, the finished effect doesn’t look anything like wood.

"This project really wasn’t difficult to do – the hardest part was the fact you have to let the paint and wax cure so I couldn’t use the table and chairs for about two weeks, just to allow the finish to harden.

"Now I get plenty of compliments from people who think I have bought a new table – they are always amazed when I reveal I created the wood effect myself."

Tom Church, Co-Founder of LatestDeals.co.uk, said: "This is a genius painting technique for those who want to create a wood-effect feel for their furniture, without splashing out on the real thing.

"By allowing the right amount of time for drying and curing, as well as following the technique carefully, Kerry has proven that anyone can save £100s and upgrade their homes on a budget."