I was a shopgirl, and the allegations at Mecca are not new or isolated

Being both a journalist and someone with a history of working in fashion, I have seen the best and worst of what goes on in all-female workplaces.

So when I first heard rumours of allegations of bullying and discriminatory behaviour going on at Mecca, one of the country's biggest beauty retailers, I was saddened but I wasn't exactly shocked. 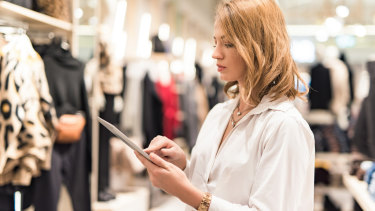 Working in a clothing store may look glamorous but there can be a darker side.Credit:iStock

My lack of surprise says more about what I know about retail than anything spurious about Mecca itself. After all, the company has won several "great place to work" awards, and I have always found my dealings with the people there, both as a customer and in my professional capacity, to be very positive.

And yet, when its boss, Jo Horgan, says just 0.2 per cent of Mecca's retail workforce had made a bullying complaint in the past two years, my initial reactions are: the only acceptable figure is 0.0 per cent; the true figure may be higher as people, especially women, are known to under-report workplace bullying; and, again, that I am not surprised.

After finishing high school in the late 1990s, I began working for a major fashion retailer part-time while I studied at university. In my three years there, I worked in at least five stores in two states, so I had a pretty good overview of the company's culture. And bullying, or whatever euphemism you want to ascribe to it, was rife. 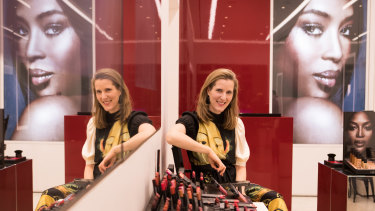 Mecca founder Jo Horgan ahs pledged to ‘do better’ to weed out any bullying at the beauty retailer.Credit:Jason South

First, we worked in an environment where staff were incentivised to reach sales targets for the purpose of attaining bonuses, which resulted in highly individualistic behaviour, including the marking of territory and the interception of other colleagues. As mostly casuals on award wages, a big sale could mean the difference between buying fresh food for the week, or living off $2 containers of boiled rice with satay sauce from the shop downstairs. And of course, we had to buy and wear the clothes to work in the store.

There was the silent treatment to the new girls, or the girls who were overly confident by the shop ringleaders. There was schadenfreude at sales gone begging, and a pecking order when it came to who did which cleaning chore at the start and end of the day.

In saying all that, we still had fun and I loved my time working there. It's still possible to be bullied and enjoy your work. The thrill of a big sale, or an interaction with a customer who would return to say the suit I helped her buy got her that job or second date was a balm for my sometimes rattled soul.

I don't think I ever reported the incidents and just sucked it up, accepted it was part of the privilege of working there. Unfortunately many major retailers, quite probably Mecca included, subsist on a culture of "you are lucky to be here", which often suppresses people's willingness to speak up when things go wrong.

But painting Mecca as the devil incarnate of Australian retail is wrong, and will not fix the endemic issue of bullying across a range of industries, from fashion to food. I was a shopgirl for more than three years and I can tell you that nothing contained in the allegations against Mecca is surprising or new, especially in workplaces dominated by young, majority female and often under-trained staff when it comes to conflict management and resolution.

Still, the fact the allegations have come to light shows that in 2019, as opposed to 1998, people are less willing to shut up and take it when it comes to unacceptable workplace behaviour. Social media, #MeToo and a host of other global developments mean that, thankfully, times are changing. Mecca is not the first workplace to be tarred with allegations of bullying but hopefully, if its pledge to do better is to be believed, it might set a course for others to follow, before things escalate to the point where people experience lasting trauma.