A WOMAN has revealed how she went to Turkey to get veneers on her teeth but came back with half her face paralysed.

TikTok user @lydiahughes22 claims she was left with the medical condition Bell’s Palsy, which causes temporary muscle weakness in one side of the face. 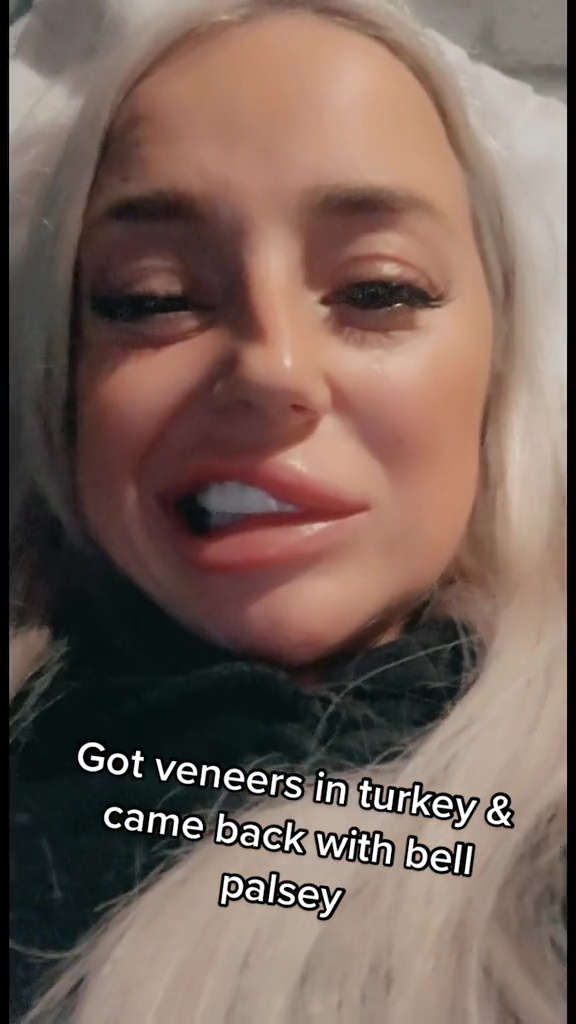 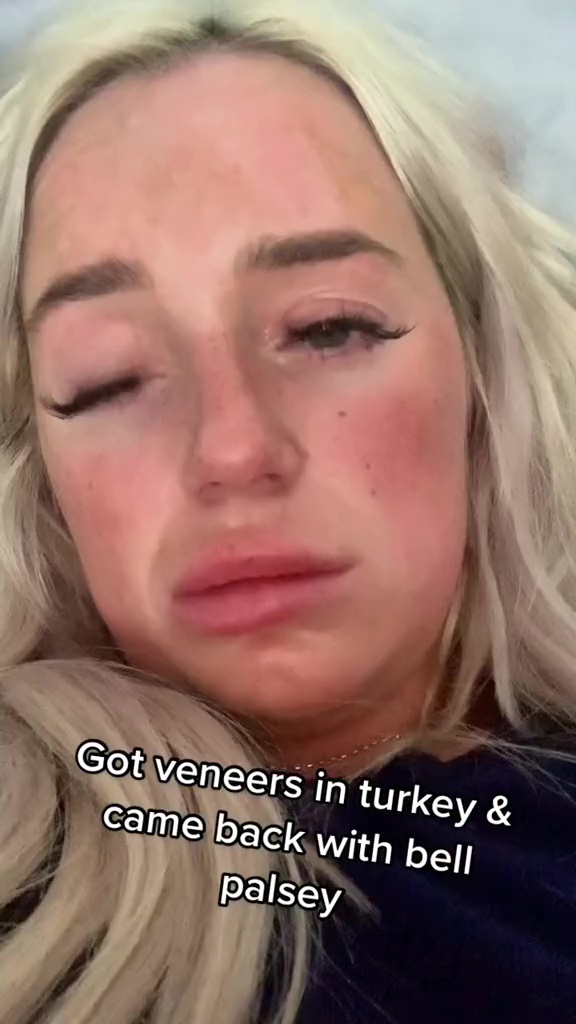 In a video which has racked up over 775,000 views, she showed photos from before and after the paralysis set in.

In the clip, one side of her face was left looking droopy after the procedure.

Many people were left shocked by the woman’s experience, and said it made them think twice about getting similar treatments.

One said: “This will put you off getting them done in Turkey.”

Bell’s palsy is the most common cause of facial paralysis, but is still rare, affecting one in about 5,000 people a year.

The condition occurs when the nerve that controls facial muscles becomes inflamed or compressed.

The NHS advises that if you experience facial weakness or paralysis it can indicate a more serious condition, such as a stroke – so call 999 or visit your nearest A&E department immediately.

Angelina Jolie has revealed she suffered from Bell's palsy in the aftermath of her stressful split from Brad Pitt.

The Oscar-winning actress said the damage to her nerves was so bad it caused her face to droop.

I’m a Celebrity winner Scarlett Moffatt was made exempt from several Bushtucker Trials on “medical grounds” because she suffers from Bell’s palsy.

The Gogglebox star was ruled out of the Total Ascent trial, which involved climbing a 100ft crane, and also avoided other tasks involving heights – skydiving and walking the plank.

George Clooney also suffered from Bell’s palsy during his first year of high school, while Pierce Brosnan developed it just before going on the Tonight Show in 1984. 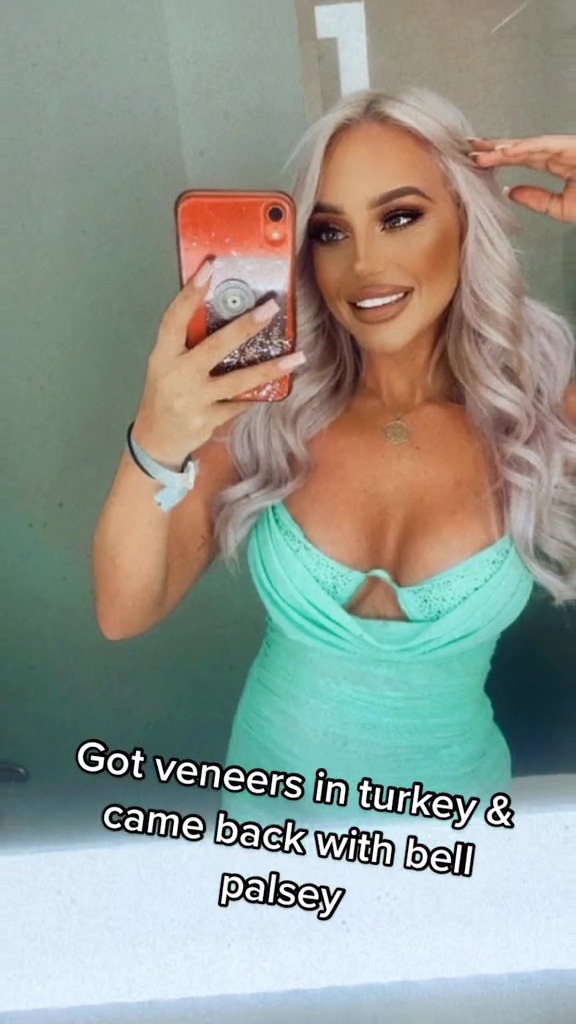 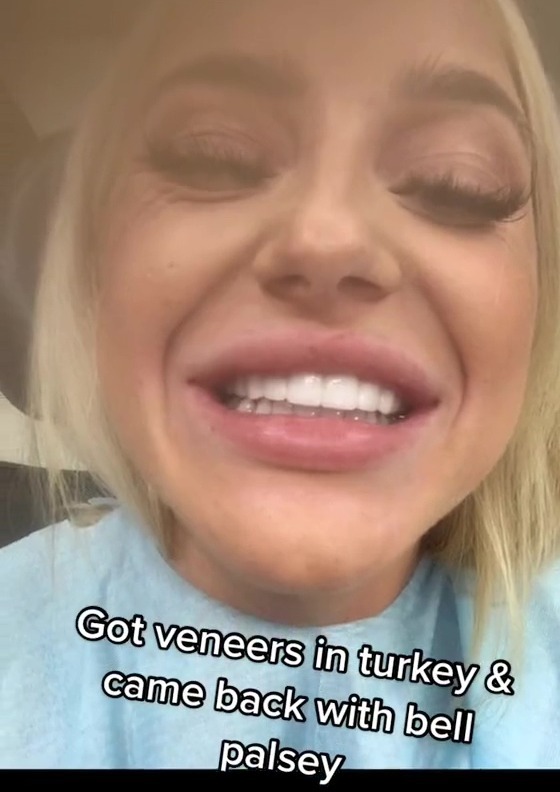 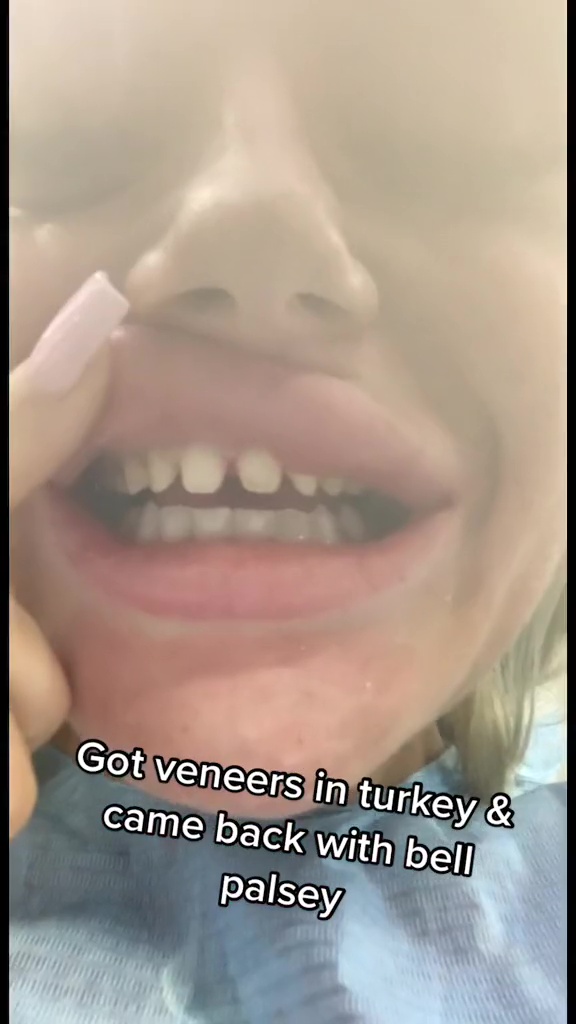