PRIMARK is one of Britain's favourite budget retailers, but not everyone's a fan.

A recent YouGov poll rated the cheap and cheerful shop as the most famous fashion brand in the country, but the seventh most popular. 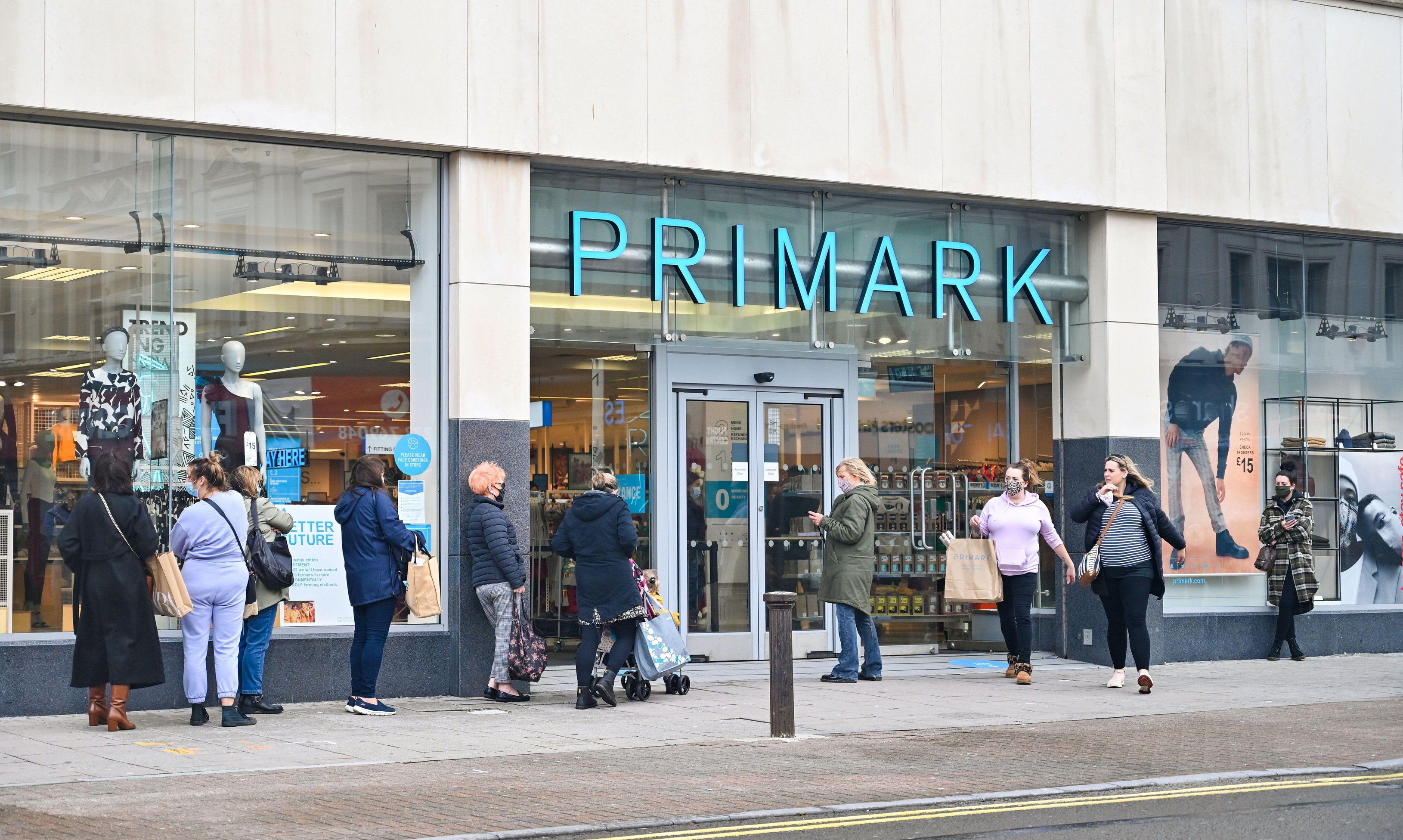 These two mums are obsessed with the budget-friendly clothes but admit their partners hate the shop – with one going mad about his daughter wearing the "tacky" garments.

Here, they reveal to Fabulous Digital how the Primark debate rumbles on in their homes…

Courtney Clarke, 23, from Wolverhampton, works a call centre. She and partner Nick Oare, 30, who works in a brewery, are parents to Dolcie, two.

She says: Nick and I met on Facebook five years ago, and I was already a huge Primark fan. 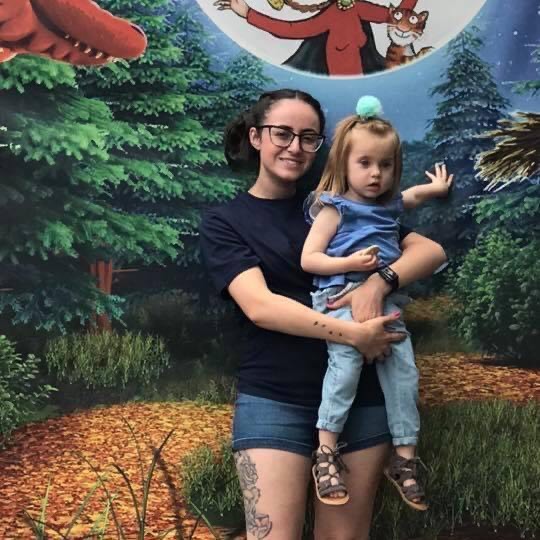 I love everything about the shop, it's so cheap and does lovely clothes for both adults and kids.

When we had Dolcie, I instantly started shopping for her in there – buying her PJs, tights, socks and vests. The only thing I won't get are her shoes, which I buy in Clarks.

She grows out of things so quickly, it's not worth paying extra for somewhere like Next. Shopping at Primark means we have extra money to go on days out at the weekends instead.

Even though I work full-time, I get mum guilt and can't justify shopping anywhere else. About 90 per cent of both our wardrobes come from there. 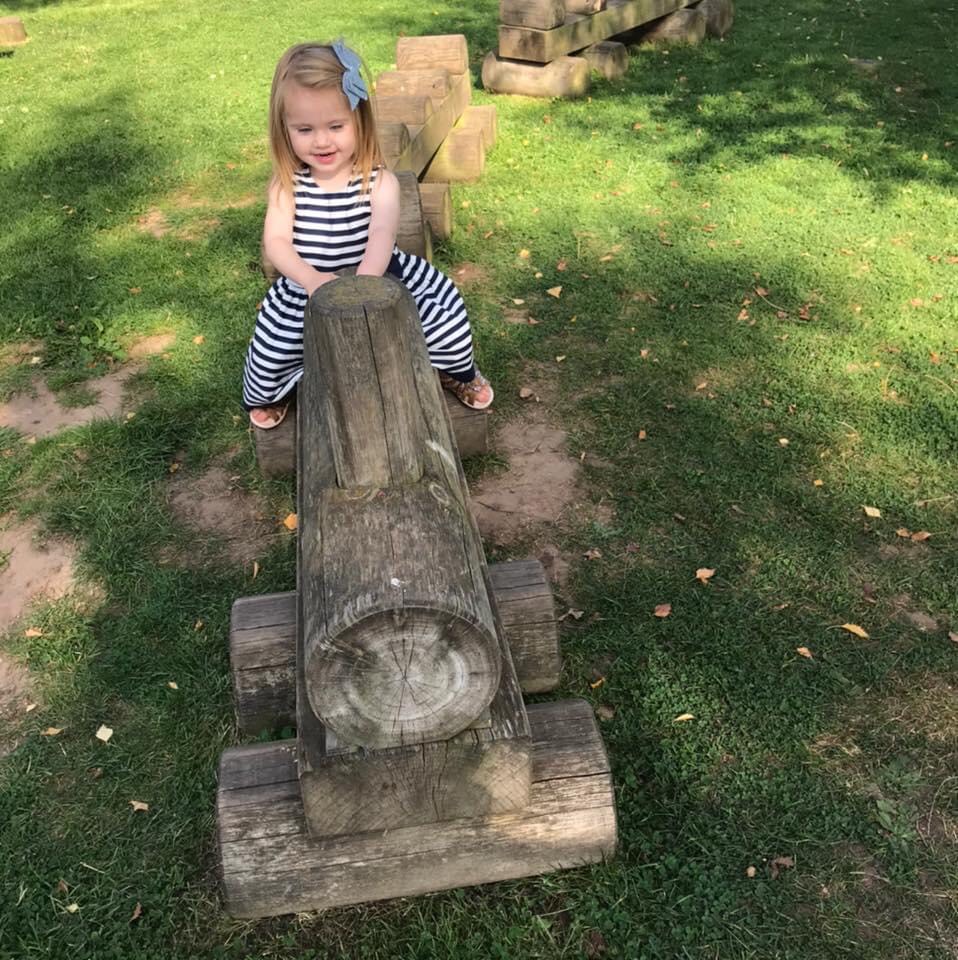 I normally go once a week, getting bags full of stuff for £20-£30, although I haven't been able to go as often this year because of Covid. I'm gutted Primark's closed again for lockdown.

In spring, I just waited until Primark reopened, although I did buy Dolcie some PJs she needed from George at Asda online, and a couple of other essentials.

Occasionally I'll shop for Dolcie elsewhere for a special occasion, she has a nice Christmas outfit from Next which cost £56. That's lot more than I'd usually pay, one of her favourite dresses cost £2 in the Primark sale, but I wanted to treat her.

My partner Nick is terrible, he won’t even walk into Primark, he just hates it. He would never wear Primark himself.

He thinks it's cheap and tacky, just not good quality. 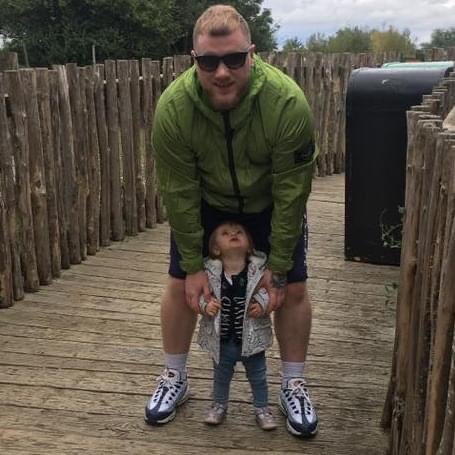 Nick gives me money towards Dolcie’s clothes and he always says ‘we don’t work full-time to shop in Primark’.

He doesn’t really agree with it for Dolcie, but I do the majority of the shopping and just think of all the money which can be spent elsewhere for her. She’ll enjoy days out more than clothes.

Nick likes wearing Stone Island, he has a £400 coat from there, as well as Nike, Adidas and Arsenal football tops. 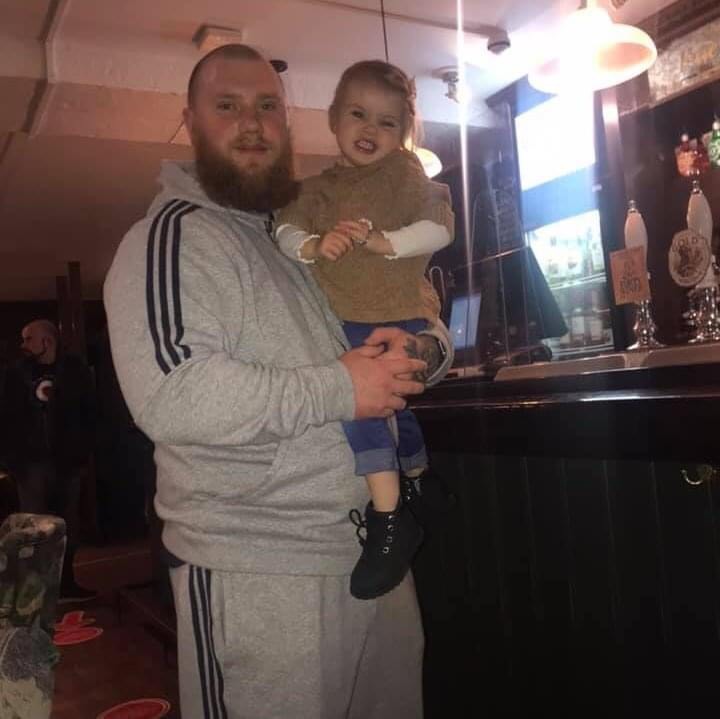 He’s massively into his designers, I can get a whole wardrobe for the cost of one of his coats.

In the past, Nick's gone mad when he's seen Primark bags by the door for Dolcie, but he does admit we look nice in our clothes.

If he were to buy us a present, it wouldn't be from Primark, it would be from somewhere more expensive. But the price doesn't matter to me.

I just think Primark’s really cheap and tacky. It doesn't last as long and I think if people see Dolcie and Courtney not wearing branded stuff, they could be judged, so that bothers me.

People are very judgemental, I remember kids would have the mickey taken out of them at school, I know it sounds stuck up but that's where I've got this from.

I can't stand going into Primark and would be a bit embarrassed if someone saw me going in there.

I'd rather wait outside for Courtney. There's always so many people in there, you feel like you can't breathe, it's rammed and everything's on the floor where it's fallen off the coat hangers.

I know you can get a lot for your money from there, that’s probably the only upside.

If I was treating Dolcie to something, I’d get her a branded tracksuit or trainers, or an £80 dress from Ralph Lauren.

It just makes me feel a bit better, I’d never want her to be judged.

'He refuses to wear the Primark clothes I bought him, he loves designer gear'

Beverley Parris, 34, from Saffron Walden, Essex, is a Zumba and clubbercise instructor. She has daughter Willow, 13 months, with her husband James, 33.

She says: I love Primark, I never come out empty handed and can spend anywhere between £10 and £80 on one visit.

It's such good value and there's lots of choice, so there's something for every occasion. 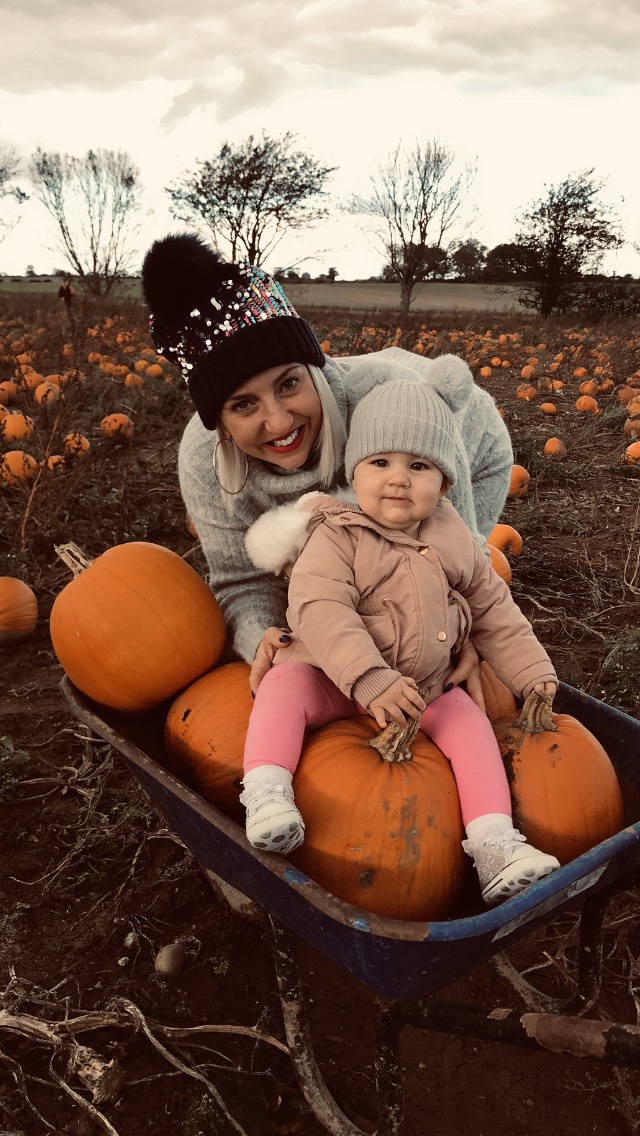 I love getting stuff for Willow because it’s so cheap, you can get so many outfits for the price of one, which means you don’t mind them getting dirty.

I normally go about once-a-week, although that's been harder during lockdown.

I wear everything from their fitness wear to lounge wear, going out stuff, swimwear, make-up and even pants. All my holiday dresses are from Primark and I have a sparkly top I love, which cost £14. 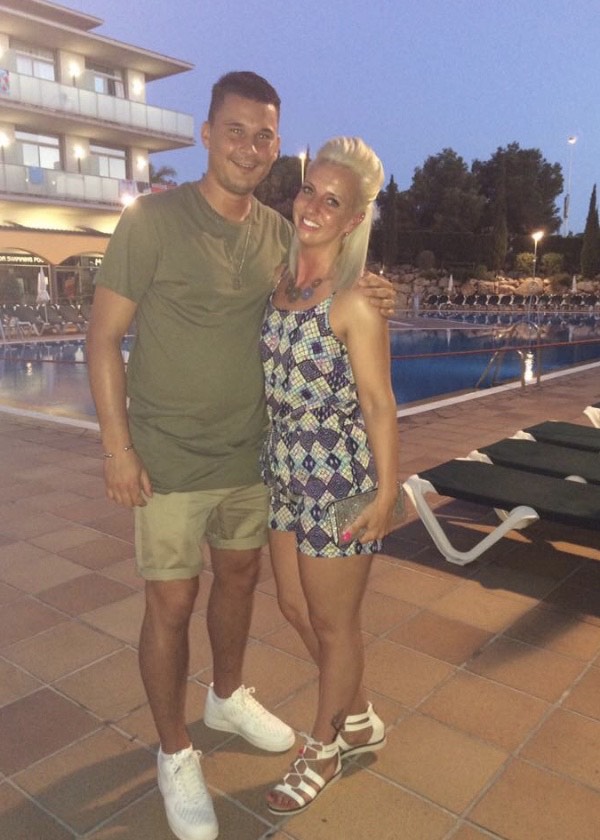 For years, I got my nails done at a salon costing £25 every two weeks, I really struggled with not being able to get them done during lockdown.

But when the shops reopened I went straight to Primark and saw they do falsies for £1.I was well chuffed, so I stocked up on those.

I love shopping there for Willow too, a good 80 per cent of both our wardrobes are from Primark.

But my husband James, who I've been with for 11 years and married in July 2015, hates Primark. 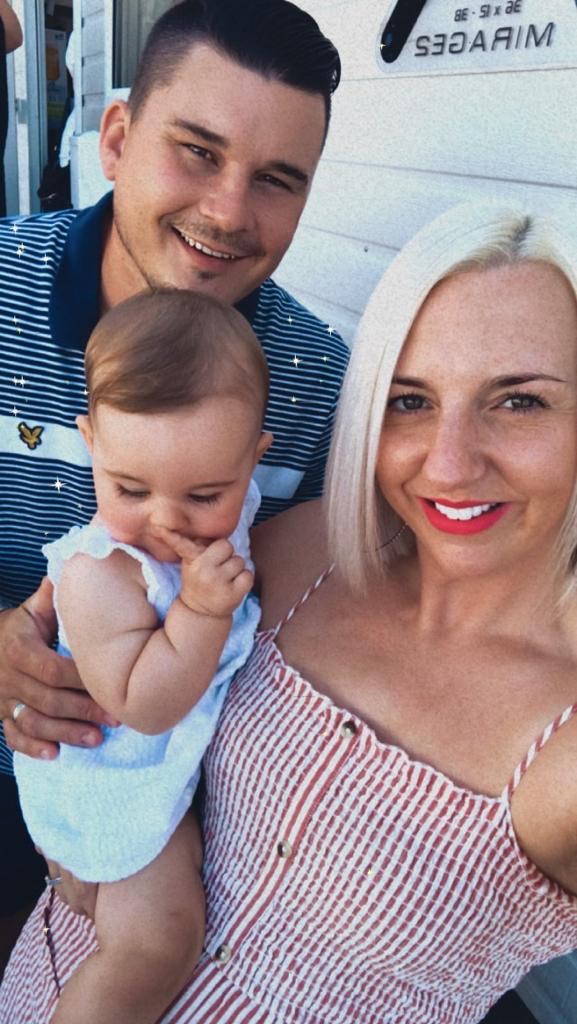 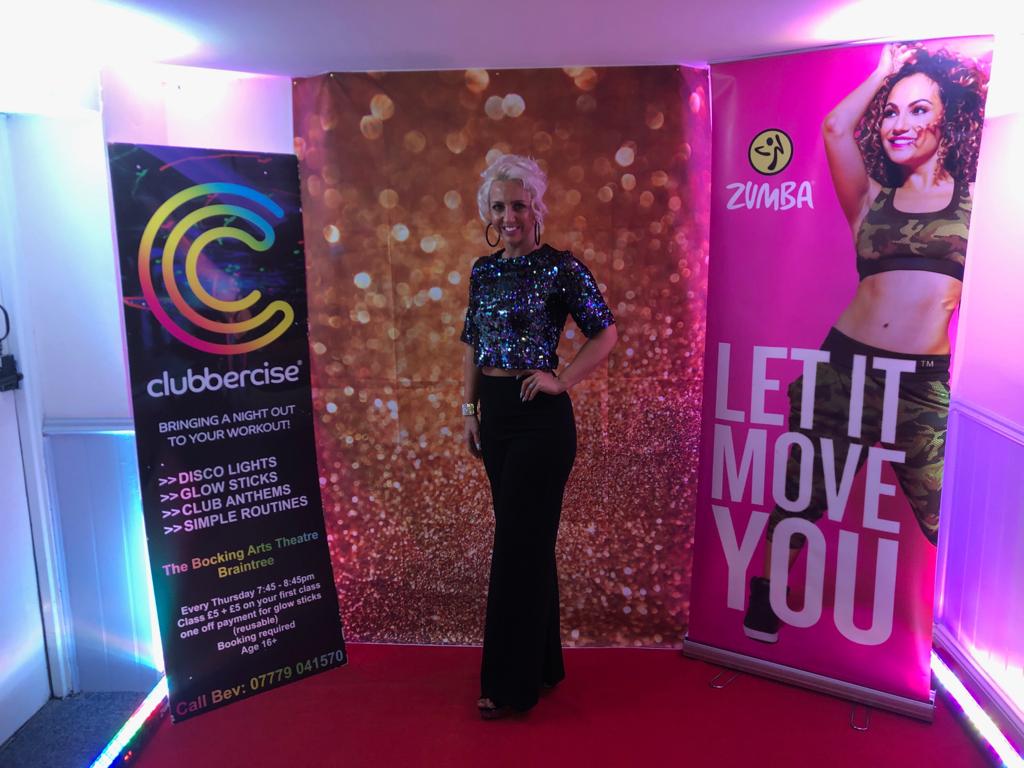 It’s so hot in there and he’s diabetic so his blood always goes low, which puts him right off.

He doesn't like the quality or the fit, so he always tries to avoid coming in with me. He’ll say ‘OK I’m going to put the shopping in the car now’.

When I met him, he would only wear designer gear, although he's got better at shopping on the high street now. I've bought him Primark clothes before but he refused to wear them out.

James doesn't have an issue with me shopping there though. He's not a snob but he is always shocked when I tell him my lovely dresses are from Primark.

I find it a chore to go to Primark. I always think 'Bev's going to be in there for hours' and I'm not wrong. We go to Lakeside shopping centre, where the Primark is on three levels.

I like River Island, Next, Ralph Lauren, D&G, Lacoste and Michael Kors for my clothes.

But I’ve got nothing against Bev shopping there. She gets lovely clothes and always makes sure she and Willow look nice – and it is good value.

I’m always surprised when she says her clothes are from Primark though. Bev's great at mixing and matching clothes so they don't look cheap.

I find Primark a headache, that’s the honest truth, but it does mean I spend more.

But I'm not a big guy and I find my usual size doesn't fit me in Primark, so I don't like to shop there.

I just prefer the quality elsewhere. It’s not worth the effort to save a few quid.

We recently revealed how Primark wants to open for 24 hours a day when lockdown lifts – and shoppers say it’s a ‘brilliant idea’.

While an ex-Primark employee revealed the store’s secrets, including how to get 10% off and why a ‘code two’ is VERY bad news.

And Stacey Solomon showed off a massive Primark haul with matching Christmas PJs for the family and decorations from £3.