ACTRESS Hannah Tointon starred in Mr Selfridge and The Inbetweeners and is now performing in the West End in Waitress.

Here, she opens up about her greatest fear, celebrity crushes and why she wants to apologise to her grandparents. 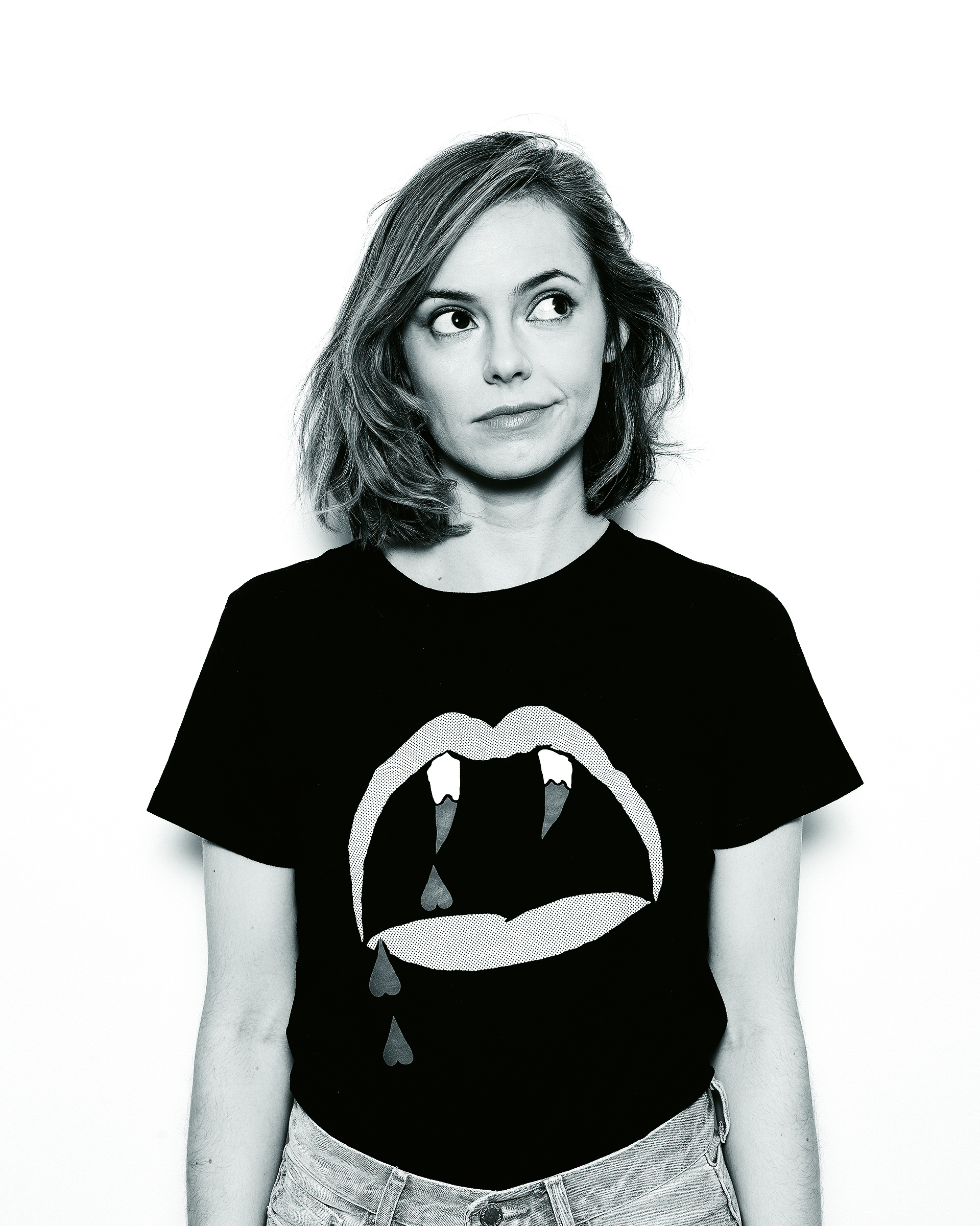 Skydiving. Anything that involves heights. I’m such a scaredy-cat.

What’s your favourite word?
I love the word “luminescence”.

What makes you angry?

Being woken up by drilling. And umbrellas. 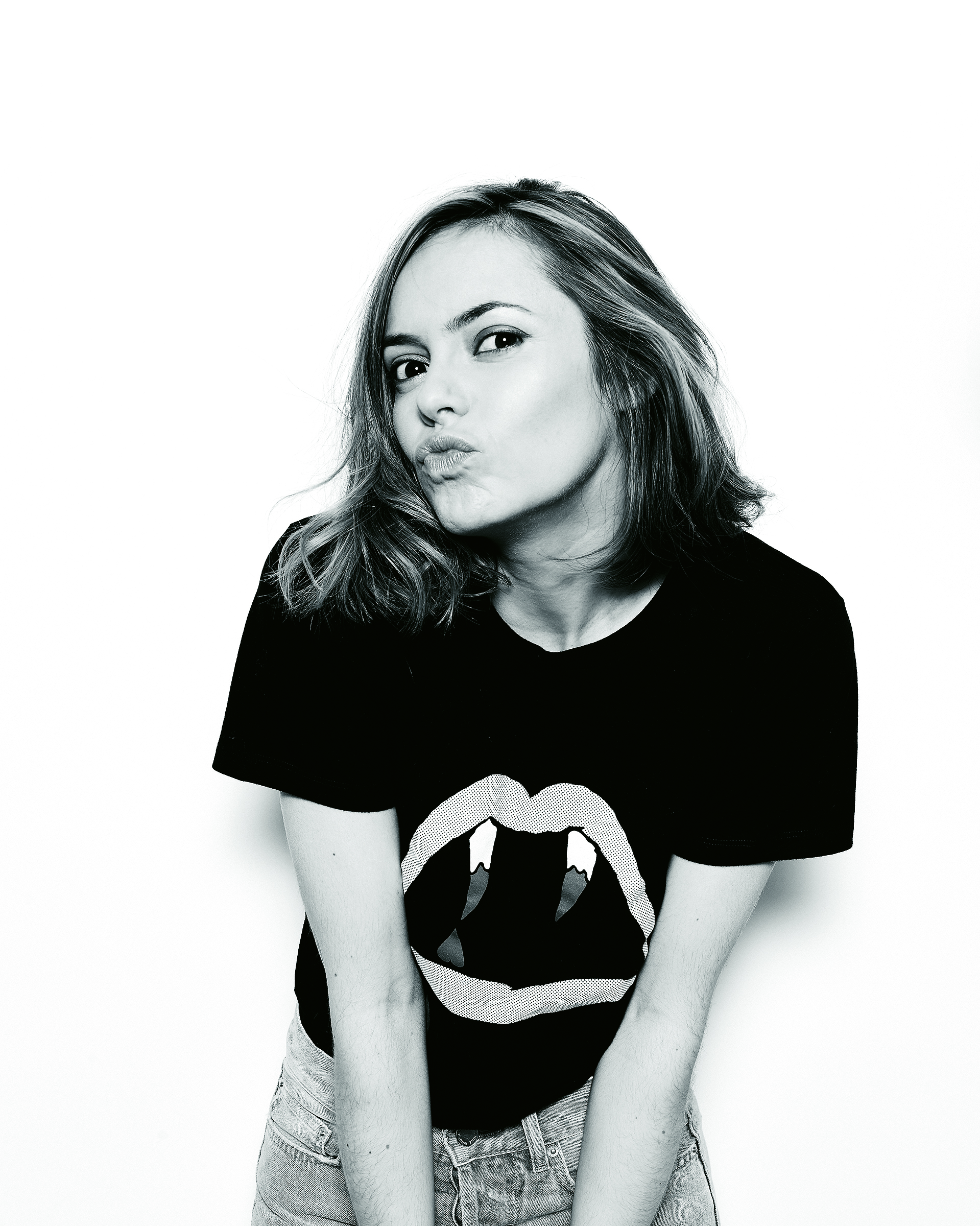 Picking at the skin on my thumb. Sometimes, I look down and I realise I’m bleeding. It’s horrible.

Who or what is the love of your life?

My fiancé Joe [Thomas, who played Simon in The Inbetweeners]. We’ve been together for 10 years. He’s just brilliant. 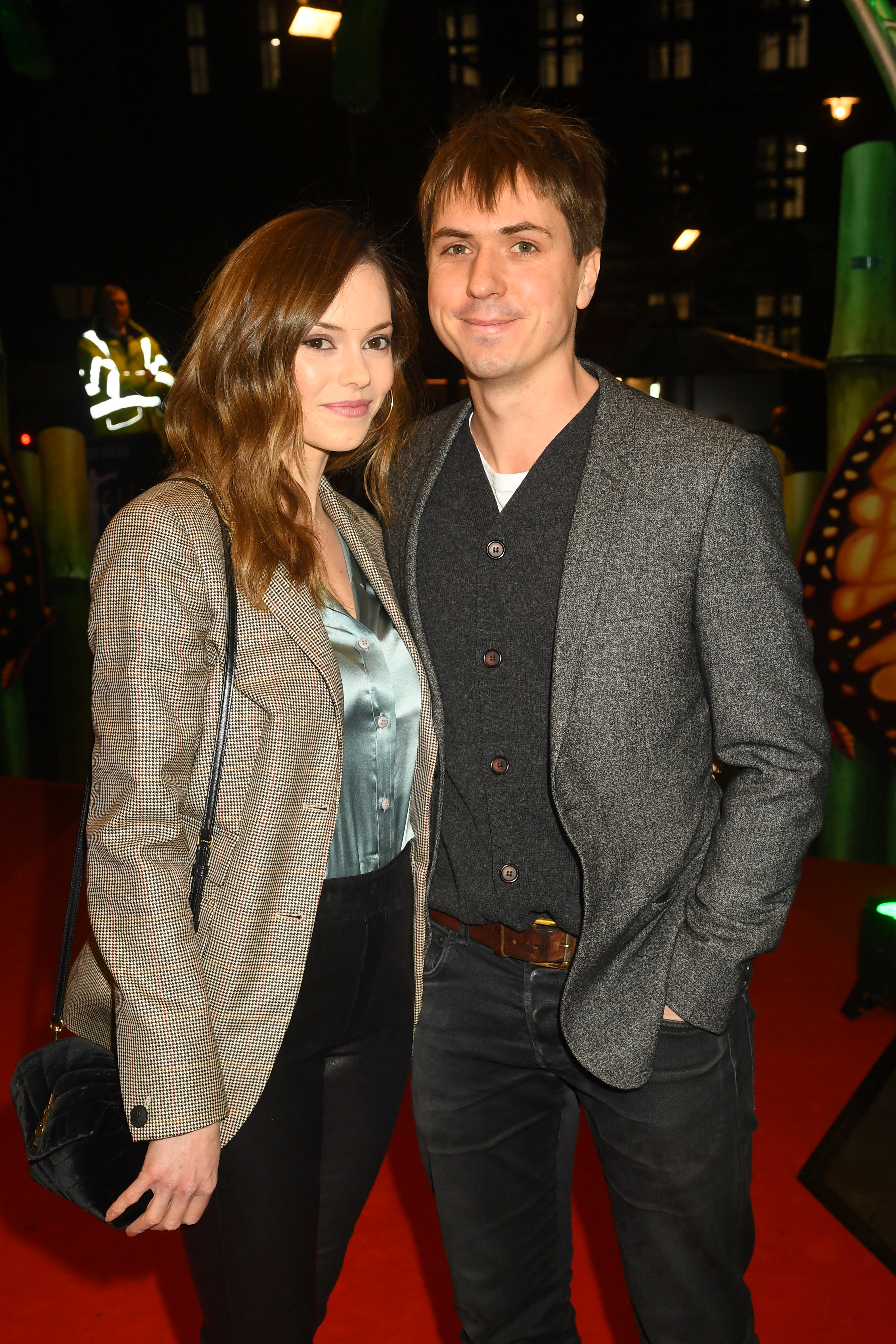 What was your fave kids’ TV show?

I loved Sabrina The Teenage Witch. It was all the magic spells that did it for me.

Which public figure do you admire?

I absolutely love Claudia Winkleman. She’s fun, and she has incredible style.

What possession would you save from a burning building?

All my home videos from when I was a kid of me and my sister Kara [also an actress]. 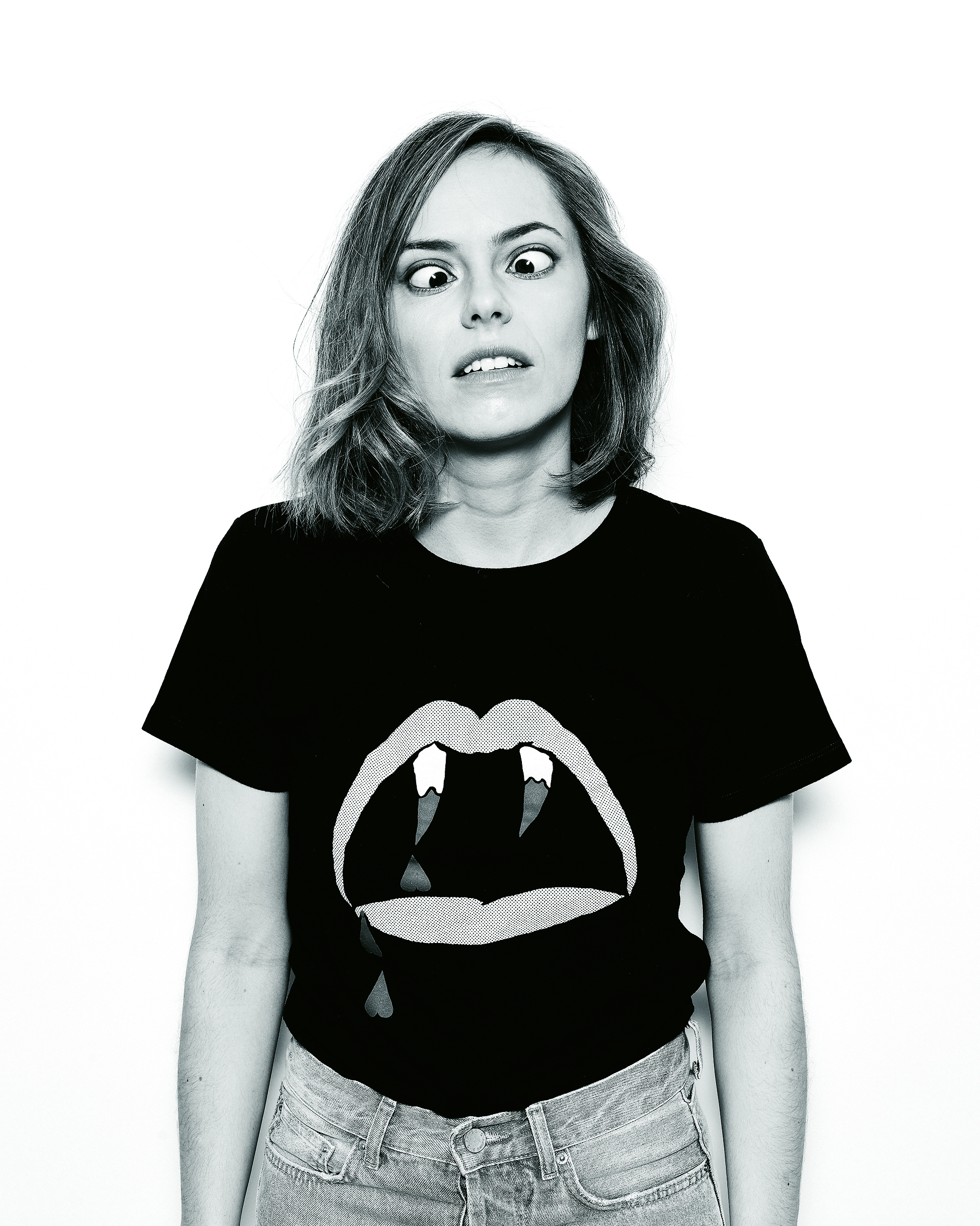 Not learning another language.
What song would you have at your funeral?

It’s A Kind Of Magic or The Show Must Go On by Queen.
Do you have a party trick?

I have very bendy thumbs and I can almost make them touch my wrist. It’s probably the worst trick ever, but I always wheel it out.

Have you ever said “I love you” but not meant it?

How do you relax?

I’ll light a candle, sit on the sofa and watch something like The Americans. 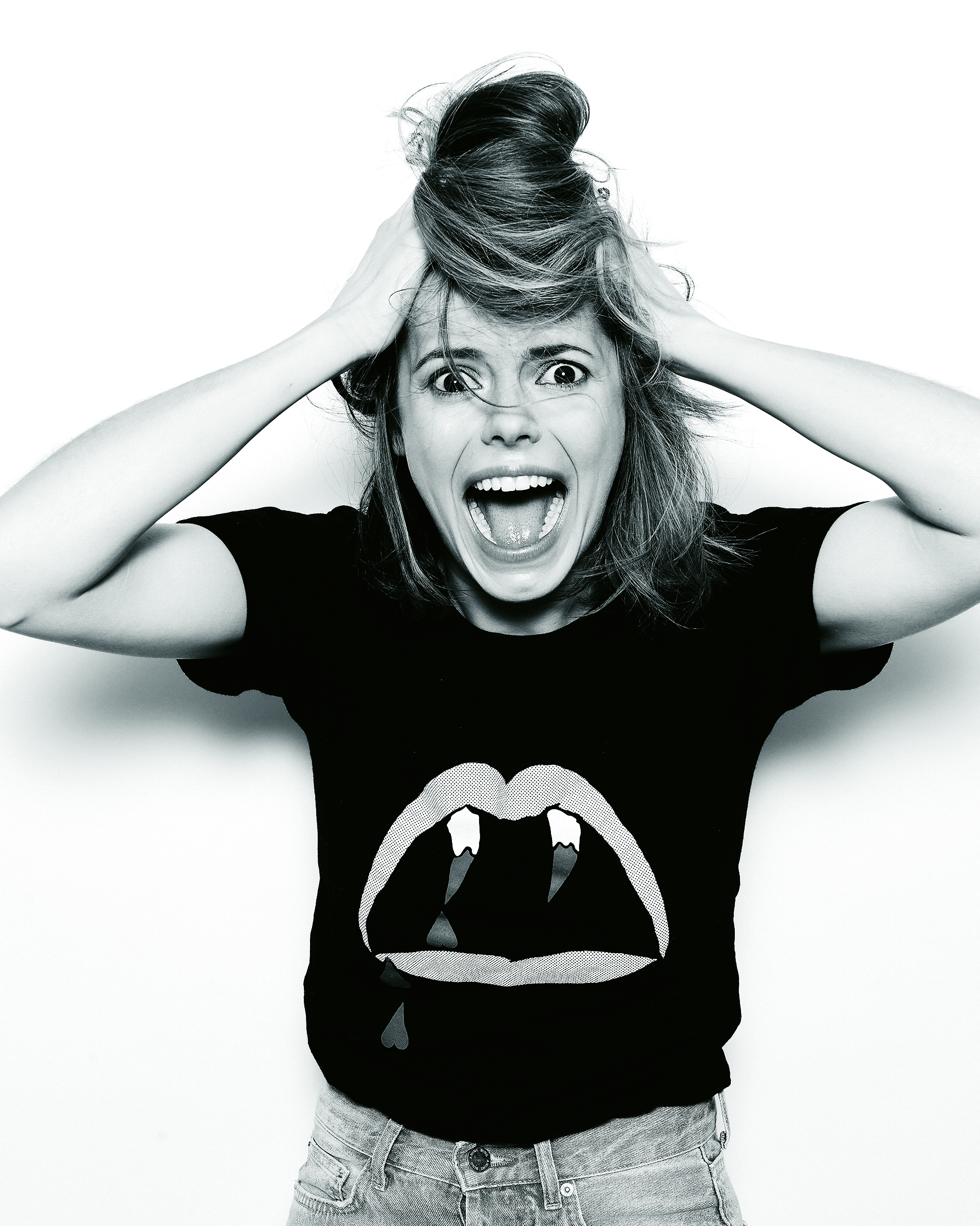 What’s the worst pain you have ever experienced?

I was doing somersaults on the trampoline on Kara’s 13th birthday and I flew off and fractured my arm. We had to spend all day at the hospital.

Is there anyone out there that you’d like to apologise to?

Probably my grandparents. When I was about five I started asking them lots of rude questions about sex. They were weirded out and told my mum and dad. I can’t remember if I apologised or not. It still makes me cringe.

Who’s the most famous person in your phone?

I still have all the guys from The Inbetweeners in my phone.
If you could travel back in time where would you go?

I’d go back to when I was six. I won all the races at sports day because I was bigger than the other kids. It was a great day.
What would you put into Room 101?
People with bad breath.