Little Noah Valasco was born "en caul" – meaning the sac protecting him didn't burst as it should when he was born. 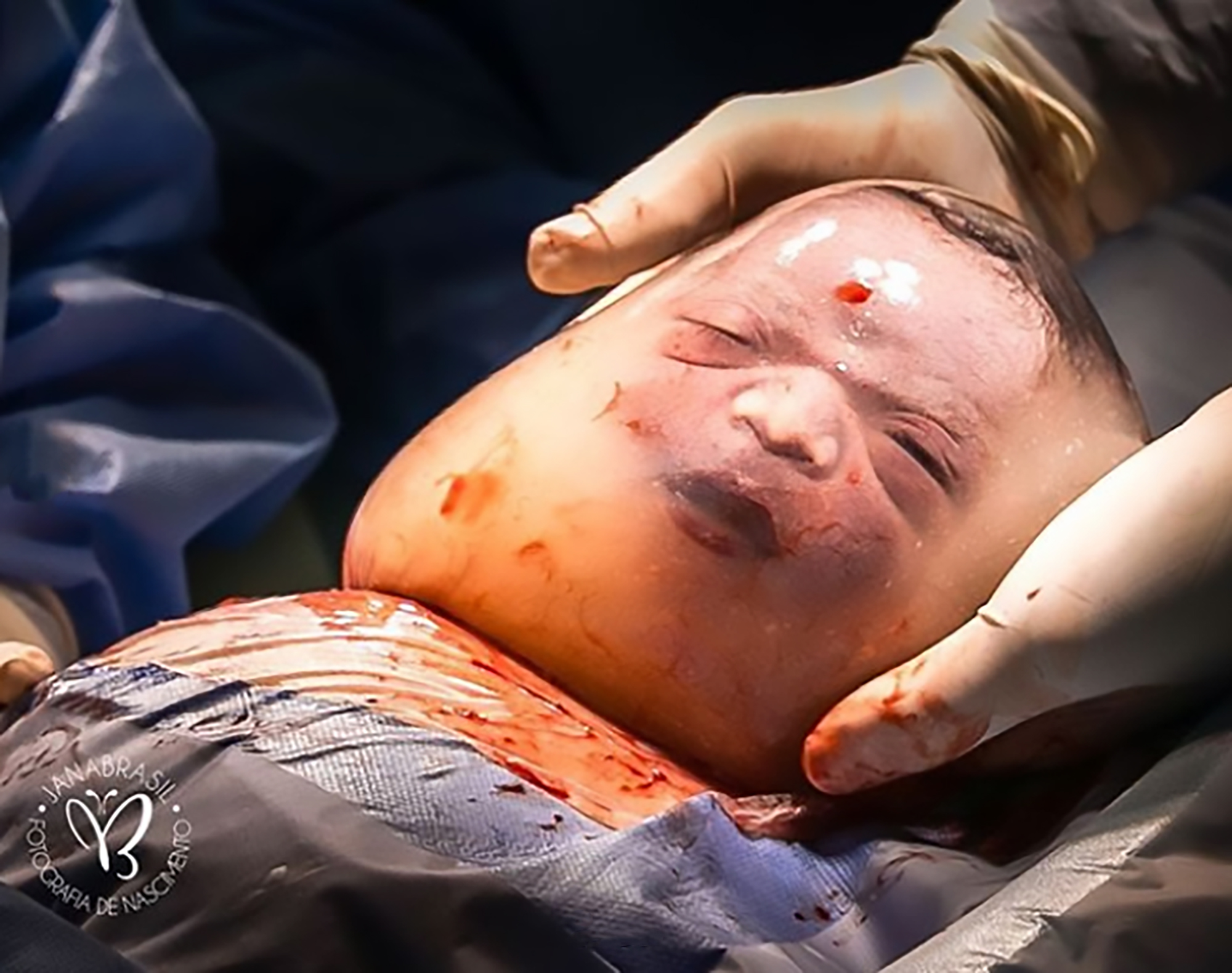 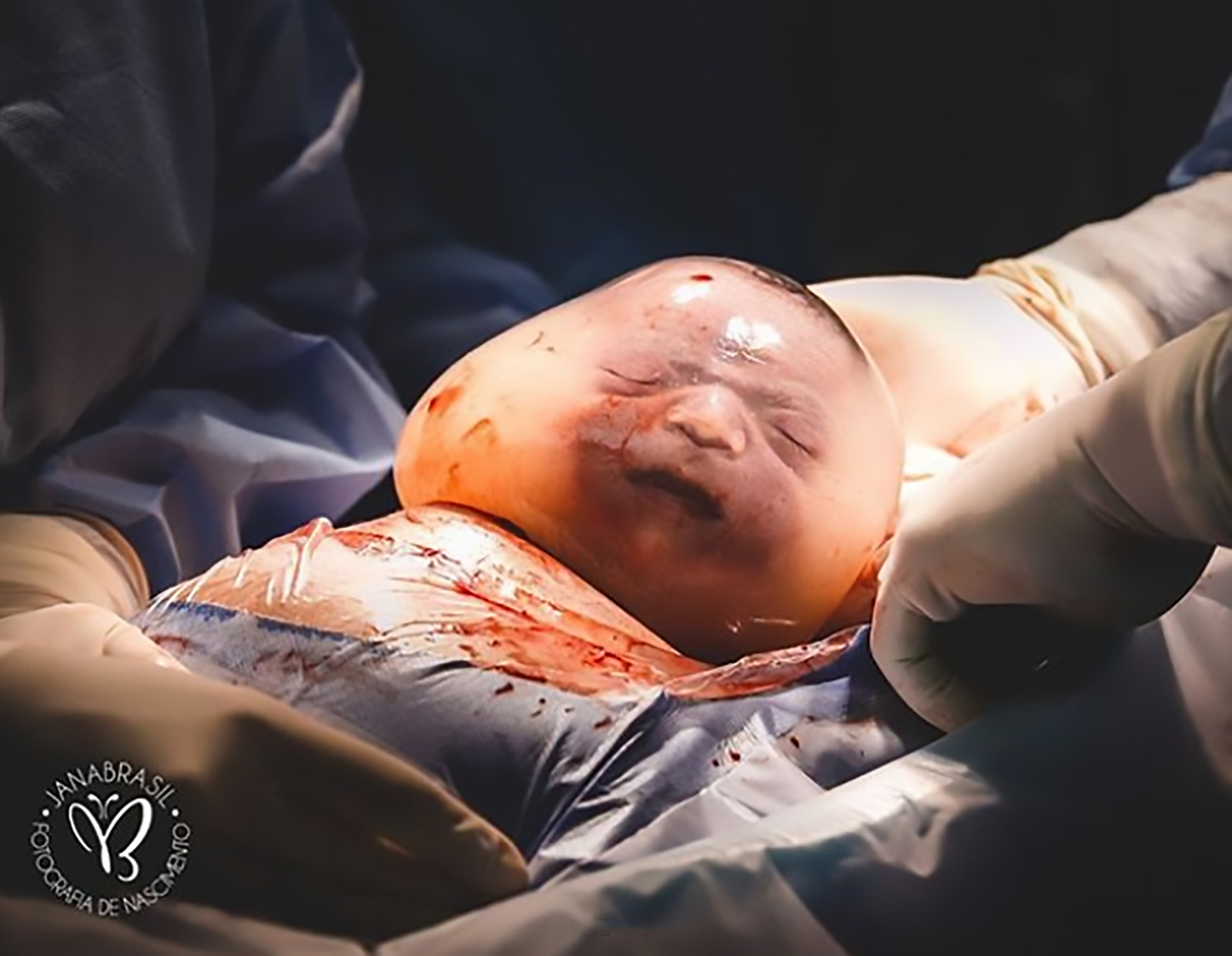 The amniotic sac is filled with fluid that cushions the baby in the womb, and helps the lungs, digestive system and musculoskeletal system develop.

During labour the sac should burst and drain out of mum's vagina – it's what's known as your waters breaking.

And mum Monyck Valasco was one of these rare cases. 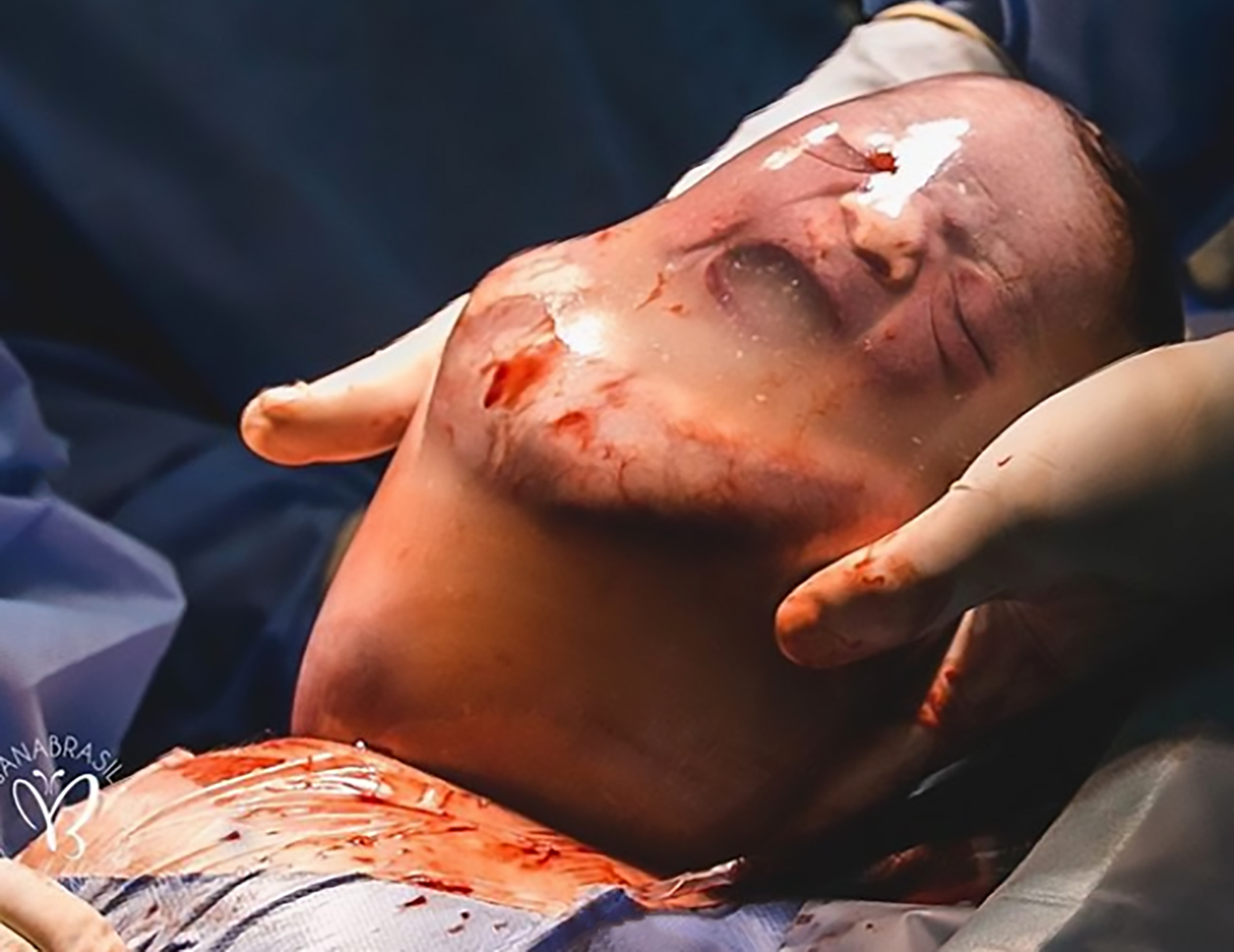 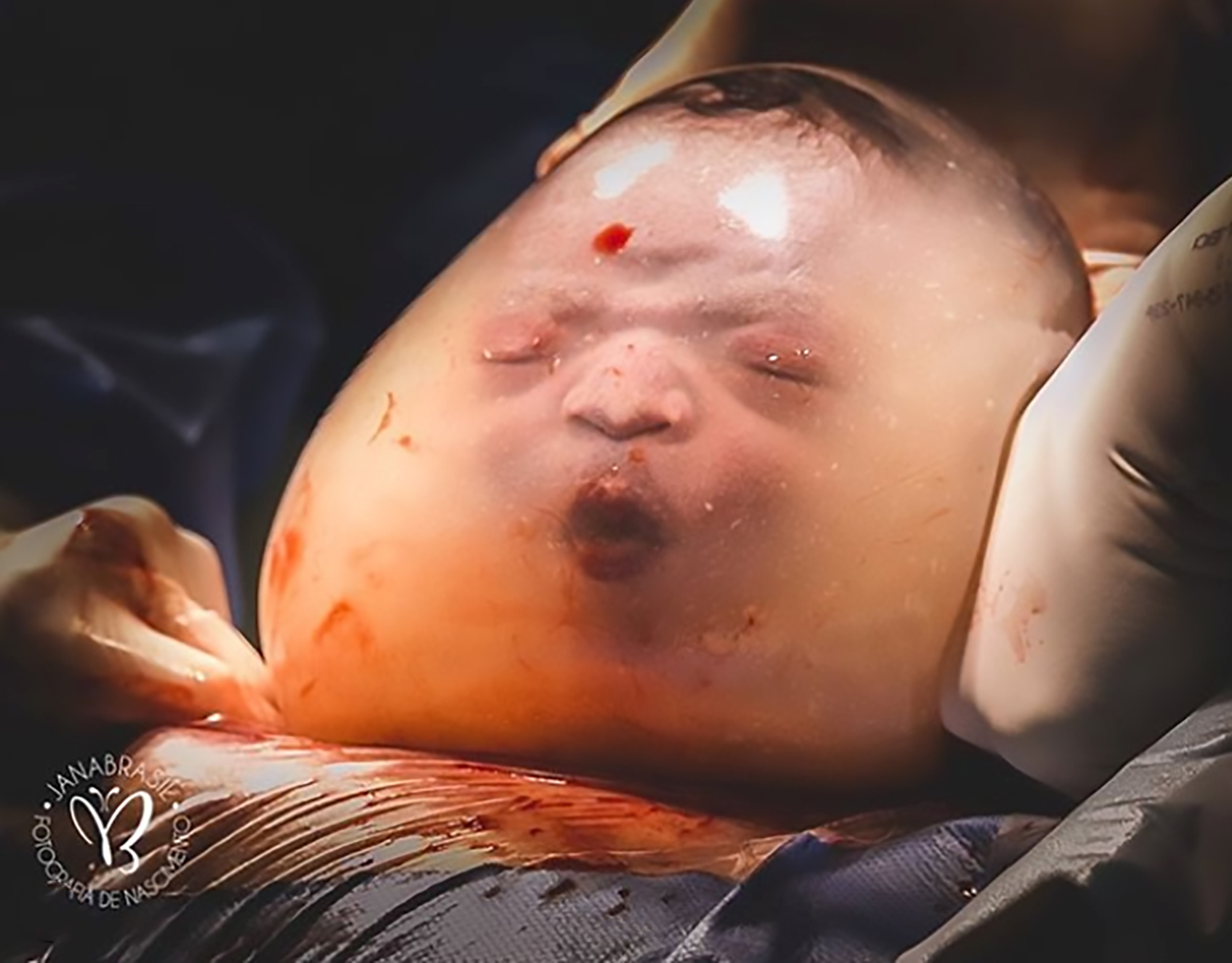 When she gave birth to baby Noah at Praia da Costa Hospital in the Brazilian city of Vila Velha, photographer Jana Brasil captured the rare moment.

Baby Noah can be seen still inside the amniotic sac after he is born.

His whole body was still engulfed by the sac, making him look like a little alien.

Mum Monyck, 34, said: “People all around the world are re-posting the photos and looking for us. 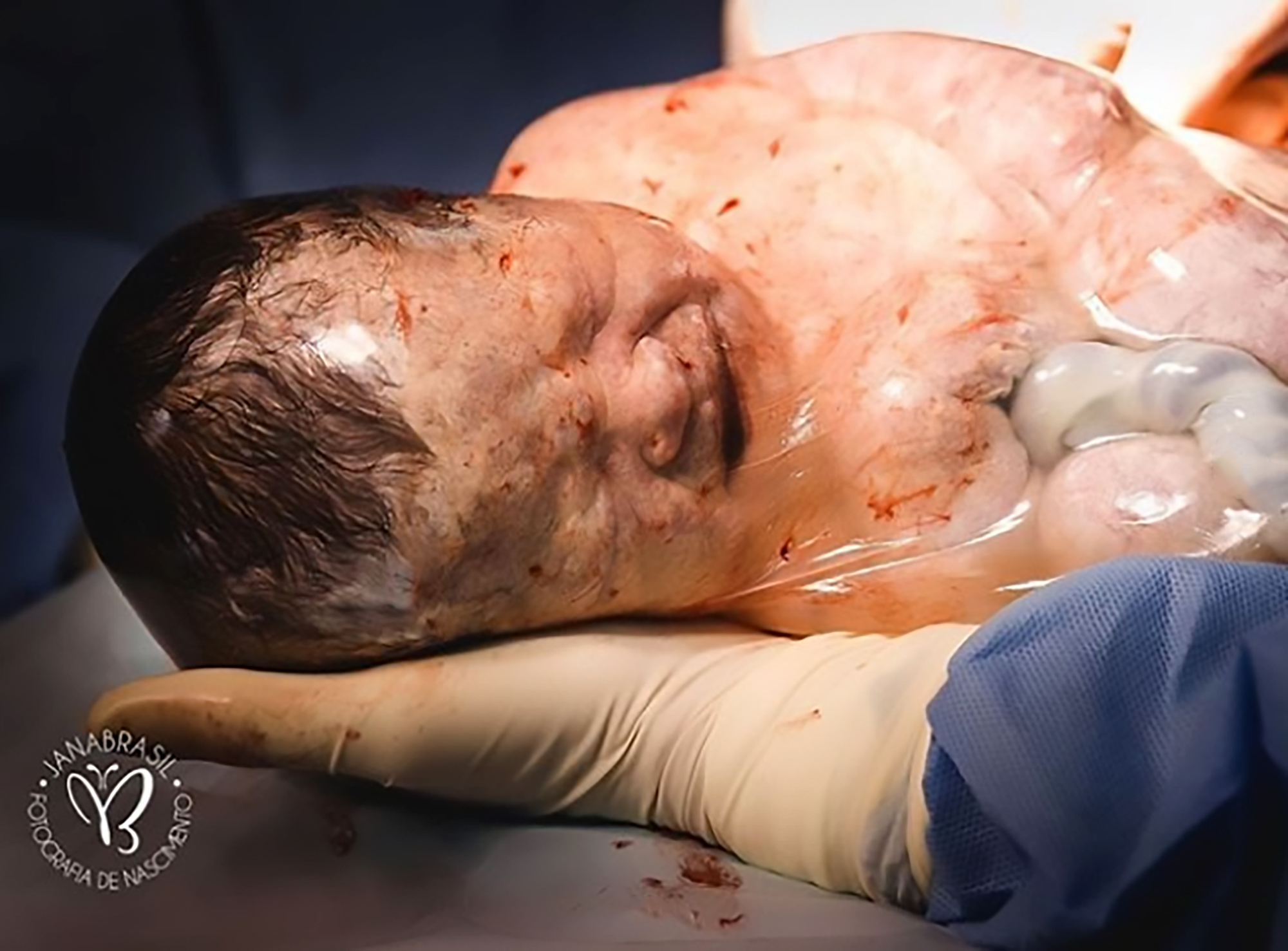 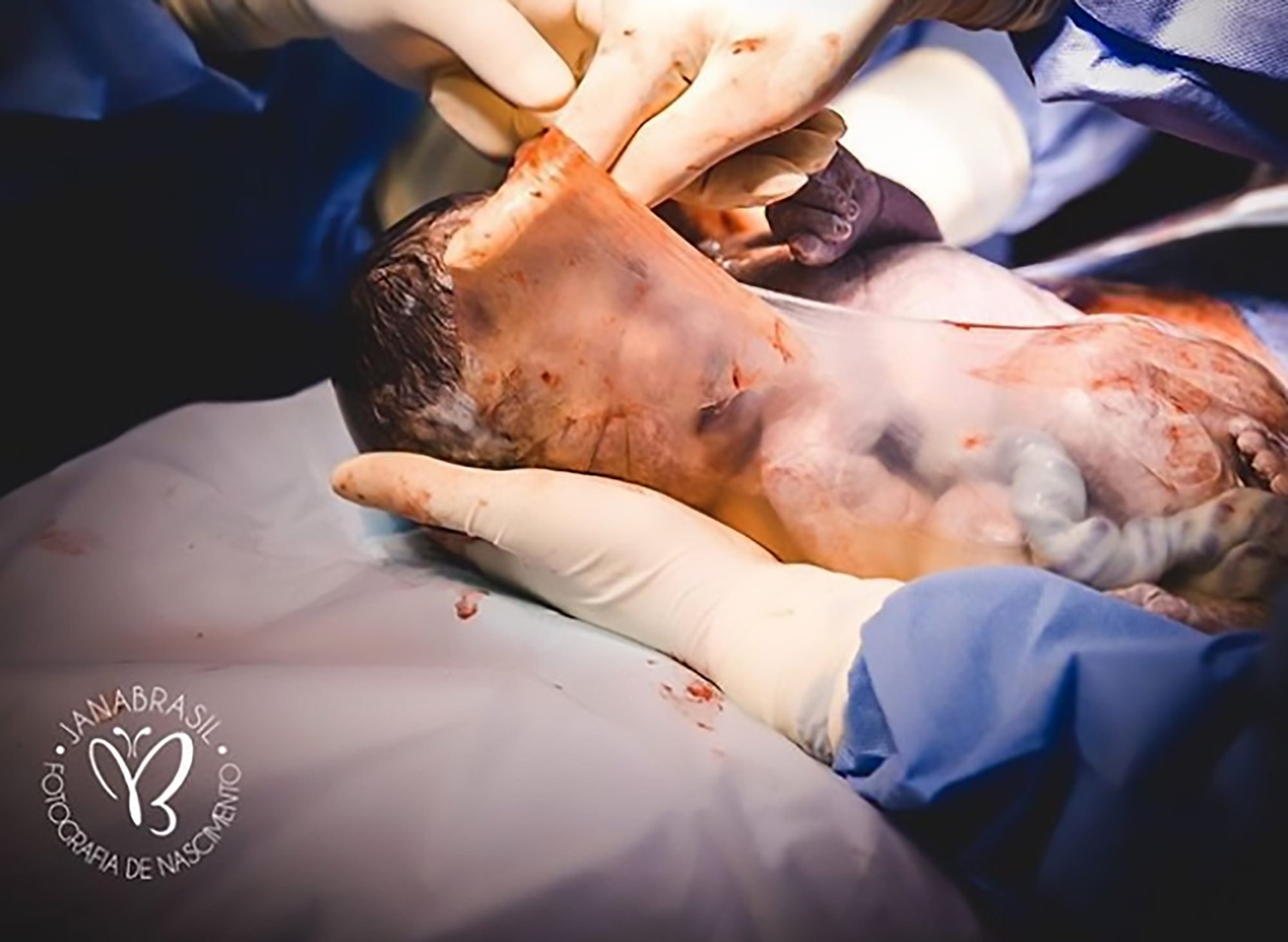 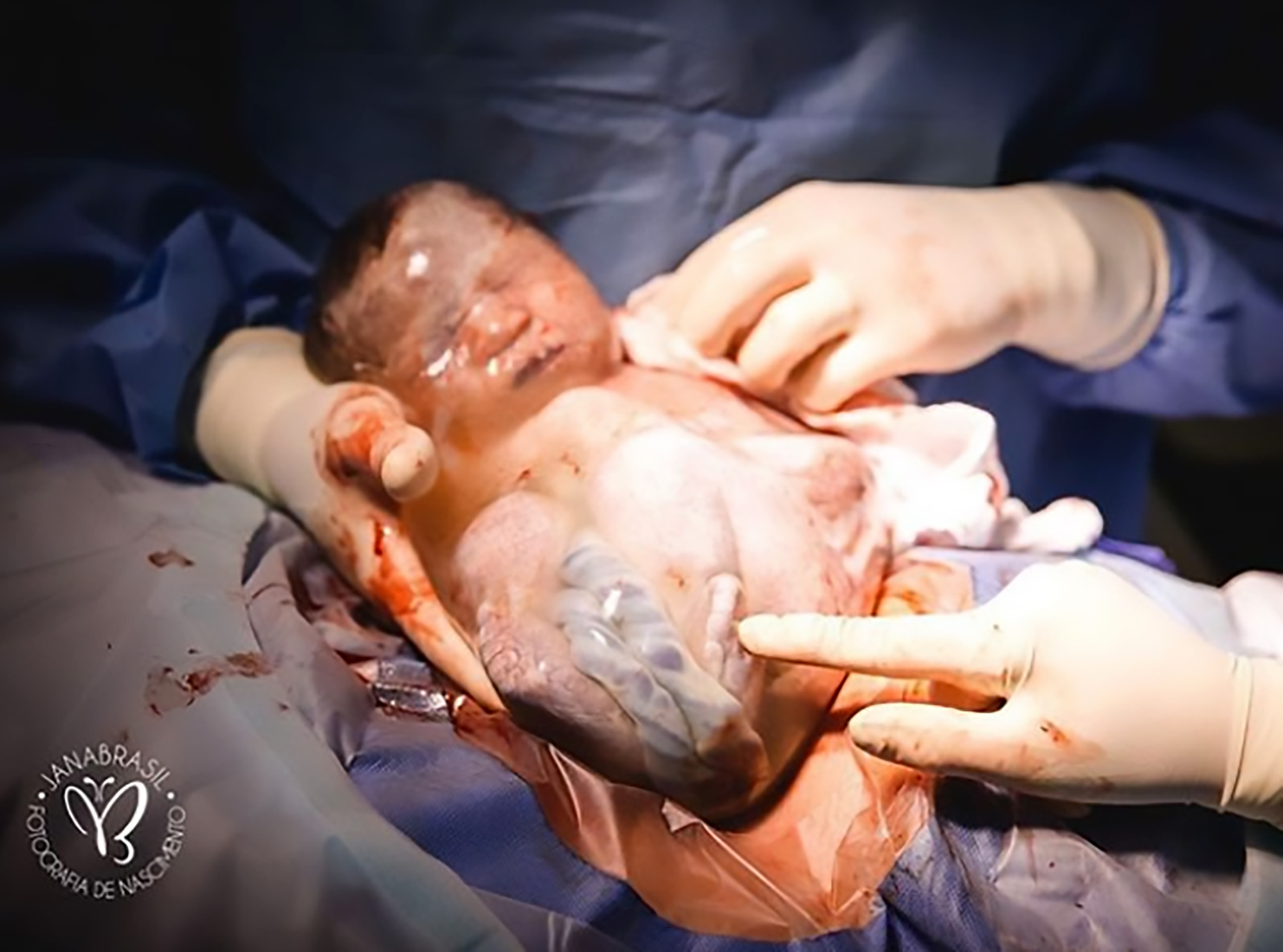 "I saw him being born. They lowered the screen so I could see. I cried a lot. It’s an emotion that has no size."

Jana dedicated herself to photographing births as a full-time job three years ago and said: “It’s indescribable to register that moment.

"Last year I took photos of babies in the sacs but nothing like the photo of Noah, it surprised me.

"I thought I had been through all the emotions, but he pulled a face and did a little pout.”

Gynaecologist Rafael Angelo Baggieri said: “An en-caul birth occurs when the baby is born without breaking the amniotic sac, in other words, within a little house which shelters it during gestation.”

Dr Baggieri says the special births occur in every 80,000 or 90,000 births and do not put the baby or mother at risk.

Noah is reportedly still in hospital as Dr Baggieri says the newborn was “tired” after the birth but the tot is expected to be allowed to go home by the end of the week.

In 2017 another incredible set of photos showed the moment mum Raelin Scurry delivered her own baby still inside his amniotic sac, on the front seat of her car. 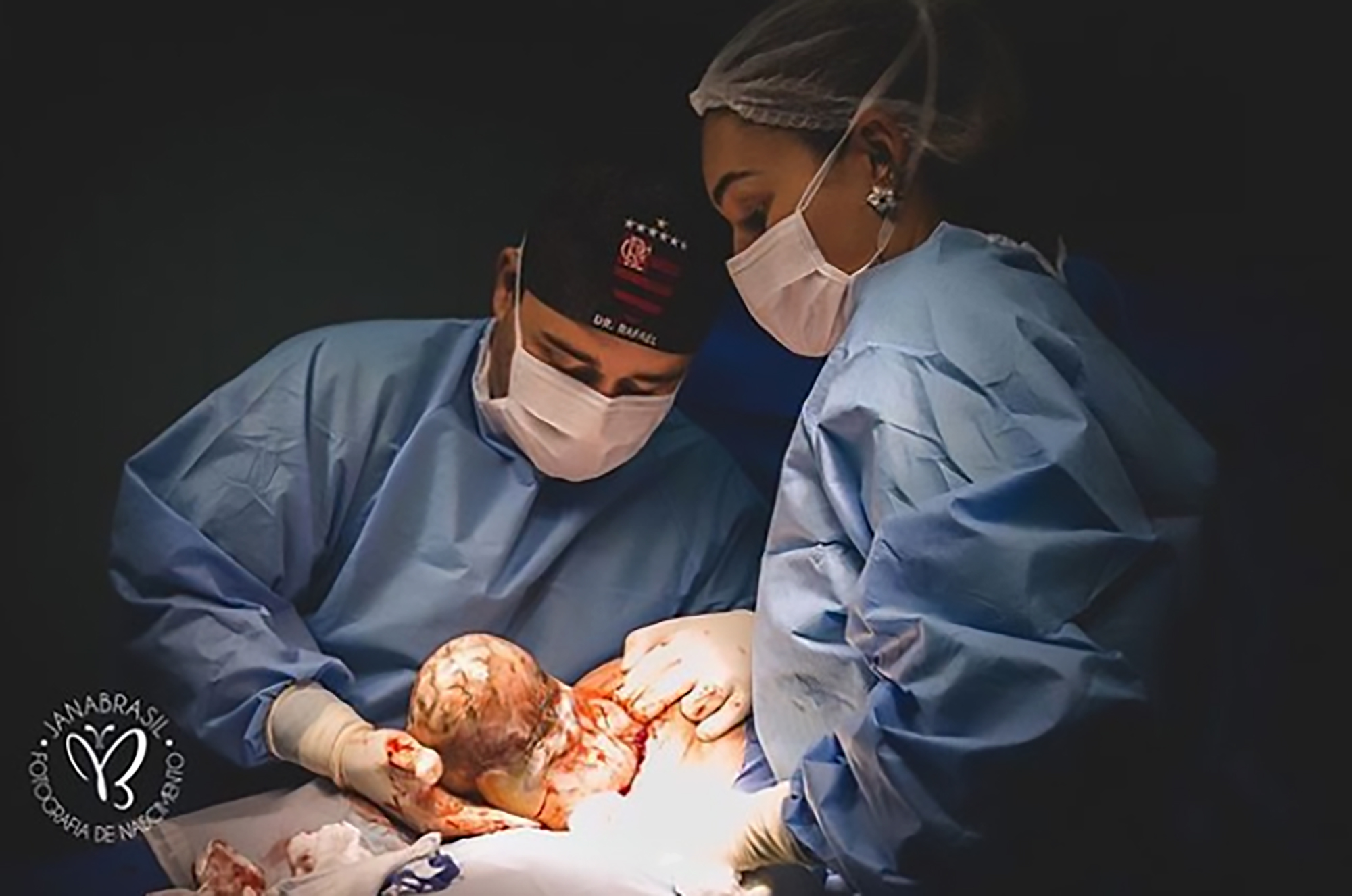