Sahar Tabar, who went viral with her ‘zombie’ impersonation of the actress, has taken to Instagram to share more clips with her 400,000 followers. 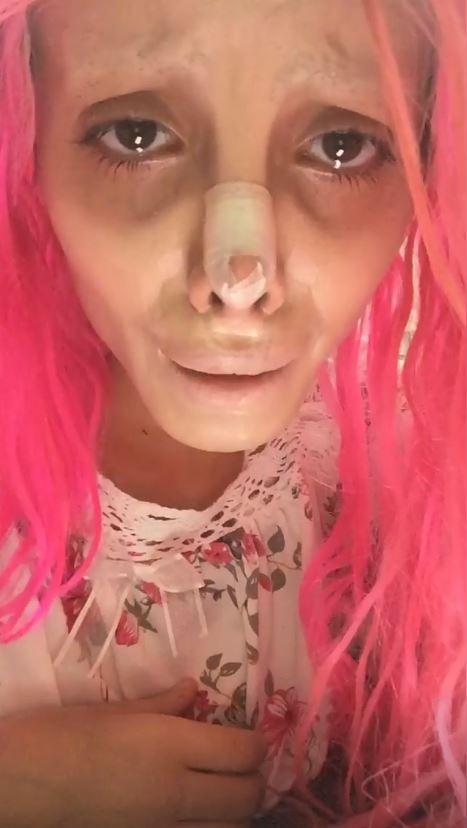 Her latest video on her Instagram story shows Sahar in a bright pink wig, with her signature pale make-up and a plaster over her nose.

Miming along to a song, her lips look suspiciously puffy.

Her unique look has divided the internet over whether she has gone under the knife, with the social media star previously claiming to have had 50 surgeries to look like Angelina Jolie.

Sahar, who claims to be 20-years-old, regularly posts extreme looks online, with some comparing her to the “corpse bride” and a ”zombie” for her sunken cheeks, pale skin and white contact lenses. 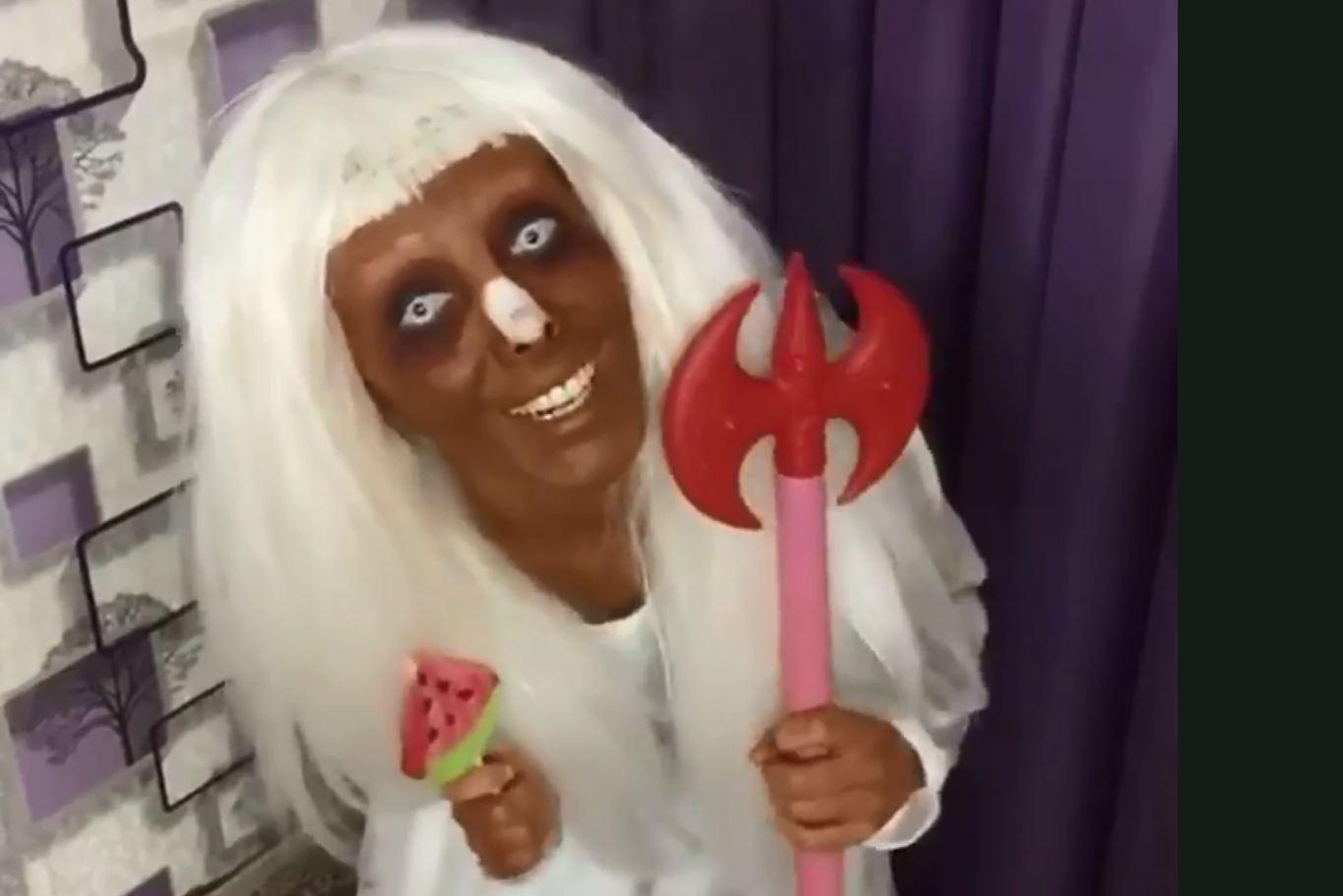 Her latest video also shows her in full “corpse” mode, wearing a white wig with a full face of make-up, dressed in white.

And recently she’s taken to posing crouched down in an orange wig.

Another signature look by Sahar is to make herself to look incredibly small and frail, but it’s believed to be an editing trick as other videos seem to suggest otherwise. 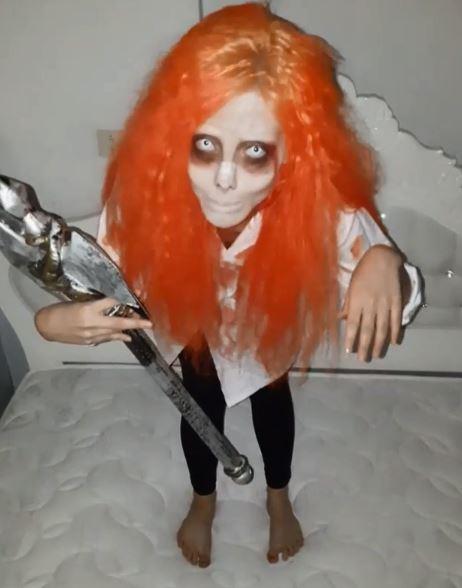 She is said to have admitted to having "a nose job, enlarged mouth and liposuction", although it's unclear if she has actually gone under the knife.

The majority of people believe her look is fake and, but credit her as an artist instead.

Previously sharing ‘before’ photos to document her transformation, one person said: “It's all makeup and prosthetics and some digital altering.

“She really looks like the left photo. Don't be silly.

Another said: “She IS like the left pic, this is just make up and photoshop.” 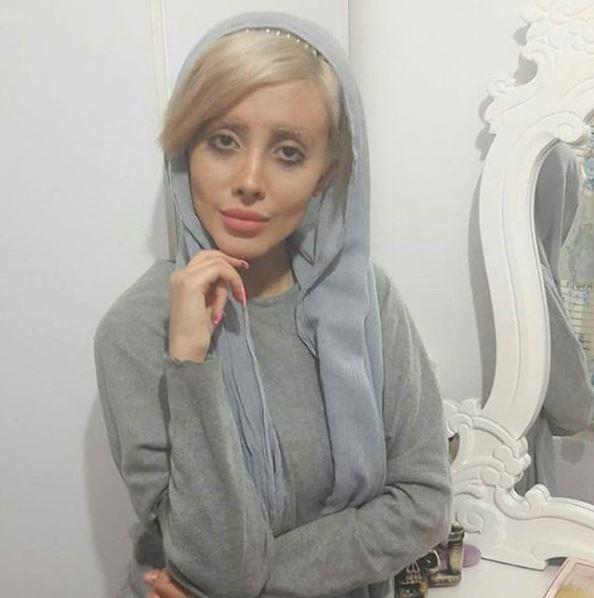 And she seemed to confirm this herself, reportedly telling Russian media outlet Sputnik last year: "This is Photoshop and makeup.

"Every time I publish a photo, I paint my face in an increasingly funny way.

"It is a way of expressing yourself, a kind of art."

If you can’t get enough of the Jolie lookalike, she revealed what she looks like without make-up.

And here’s everything you need to know about Sahar Tabar.

And here she is in another video smoking a pipe in a green wig.