A BRIDE-to-be has divided opinion after admitting that she's banned her sister from bringing her service dog to her wedding.

The woman, who is due to marry her man next year, says they've decided to have a kid and pet-free ceremony, and there are absolutely no exceptions. 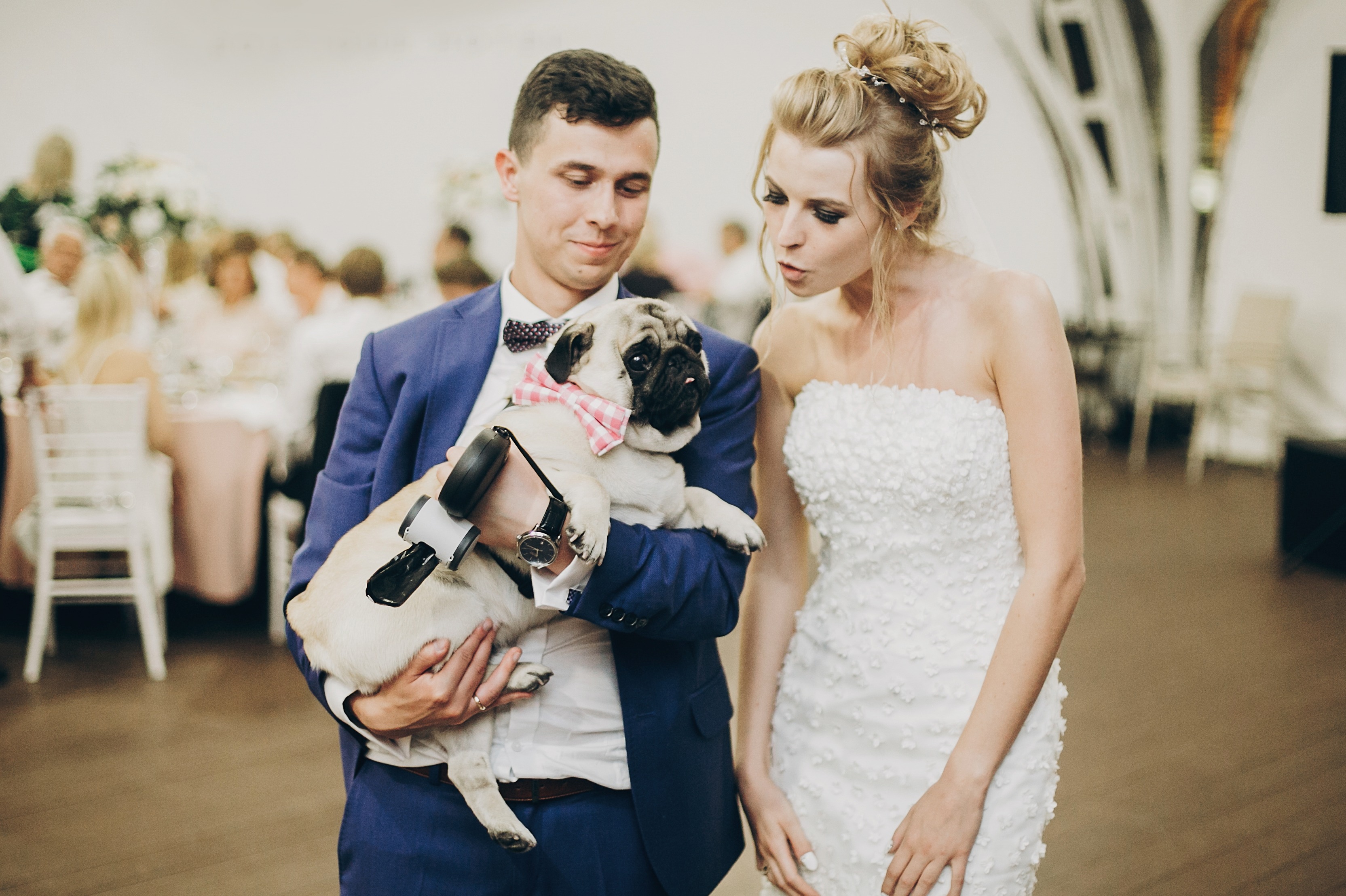 But just over a year ago, the bride's sister adopted a golden retriever as a psychiatric support dog to help aid with her bipolar disorder and depression.

People with service dogs tend to take them everywhere as a way to help keep them at ease.

So there's little wonder as to why the family react badly to the bride's demands.

The woman explained her reasons in a post on Reddit and said it's because of her fiancé.

He was supposedly attacked by a golden retriever as a kid and has been scared of them ever since.

"He is now fine around all dogs but golden retrievers," the woman explained on Reddit's AITA forum.

"Because of this, my sister always visits us without her dog. She's usually fine to go out if she is with our mum and doesn't want to bring the dog, this is what my sister says not me assuming."

She continued: "When my fiancé sees a golden retriever in public, he usually tries to stay as far away as possible and avoids them until they pass.

"This is usually extremely distressing and he can't be in the same area as them. Not always resulting in a panic attack, but having him on edge and in flight or fight mode. Obviously not ideal for our wedding.

"My sister [began] talking about how she would buy a bow-tie for her dog to wear at the wedding. This took place at our home and her dog wasn't present.

"My fiancé brought up his discomfort and I backed him up, telling her that her service dog couldn't come to the wedding."

Because of this reason, the future bride thought her family would understand but they've since turned on her.

The bride-to-be said she was accused of discriminating against her sister, with the 21-year-old insisting that her service dog was "essential for her functioning in life."

"I brought up how she was here without her service dog 'functioning' fine but she immediately started crying and having a panic attack.

"My parents took her side and left quickly with her still crying. My brother took my side but that's only because he believes she doesn't need a service dog. I have no opinion in her dogs validity," the woman continued.

I honestly think my fiancé's comfort on our wedding is more important than my sister coming, and selfishly I want my fiancés focus and attention on me and our special day.

"My parents called me the next day to tell me that it wasn't acceptable not to allow my sisters service dog to come along, and that it would mean she couldn't come"

The woman said that she and her sister aren't close and so she was suggested they have a celebratory dinner instead of attending the wedding.

But now her parents are threatening not to come to the wedding.

"I honestly think my fiancé's comfort on our wedding is more important than my sister coming, and selfishly I want my fiancés focus and attention on me and our special day," she said.

The woman asked if she was in the right and whether her family was out of line.

Many agreed that her man's issue take priority over her sister's so she had every right to ban the dog from the service.

"Why do your sister's psychological issues trump your fiance's trauma at his own wedding?"one questioned.

Another said: "If she absolutely feels that she cannot be without the dog for your wedding, then she can just not attend. Also, the disability laws don't apply here as attending a wedding is not a protected right."

And a third said:"Your fiancée issues do have a priority since he is the one getting married. If your parents are present she shouldn't need the dog since she goes places without the dog all the time."

"I mean what are your parents suggesting, exactly? That the groom stays home so your sister can attend the wedding with her dog?" someone else added.

Meanwhile, this woman says, 'I’m so glad my boyfriend is blind – I don’t have to do my hair and he never looks at other girls.'

And this 'bride’ was praised for her stunning lace wedding dress… until people realised she isn’t the one getting married.

Plus this man shames his date for paying for their meal with coins and gets absolutely savaged.