OVER the years, Bianca Gascoigne has taken some drastic action in a bid to create her dream body.

But after two boob jobs, a Brazilian butt lift and tens of thousands of pounds, the glamour model still didn’t like what she saw in the mirror. 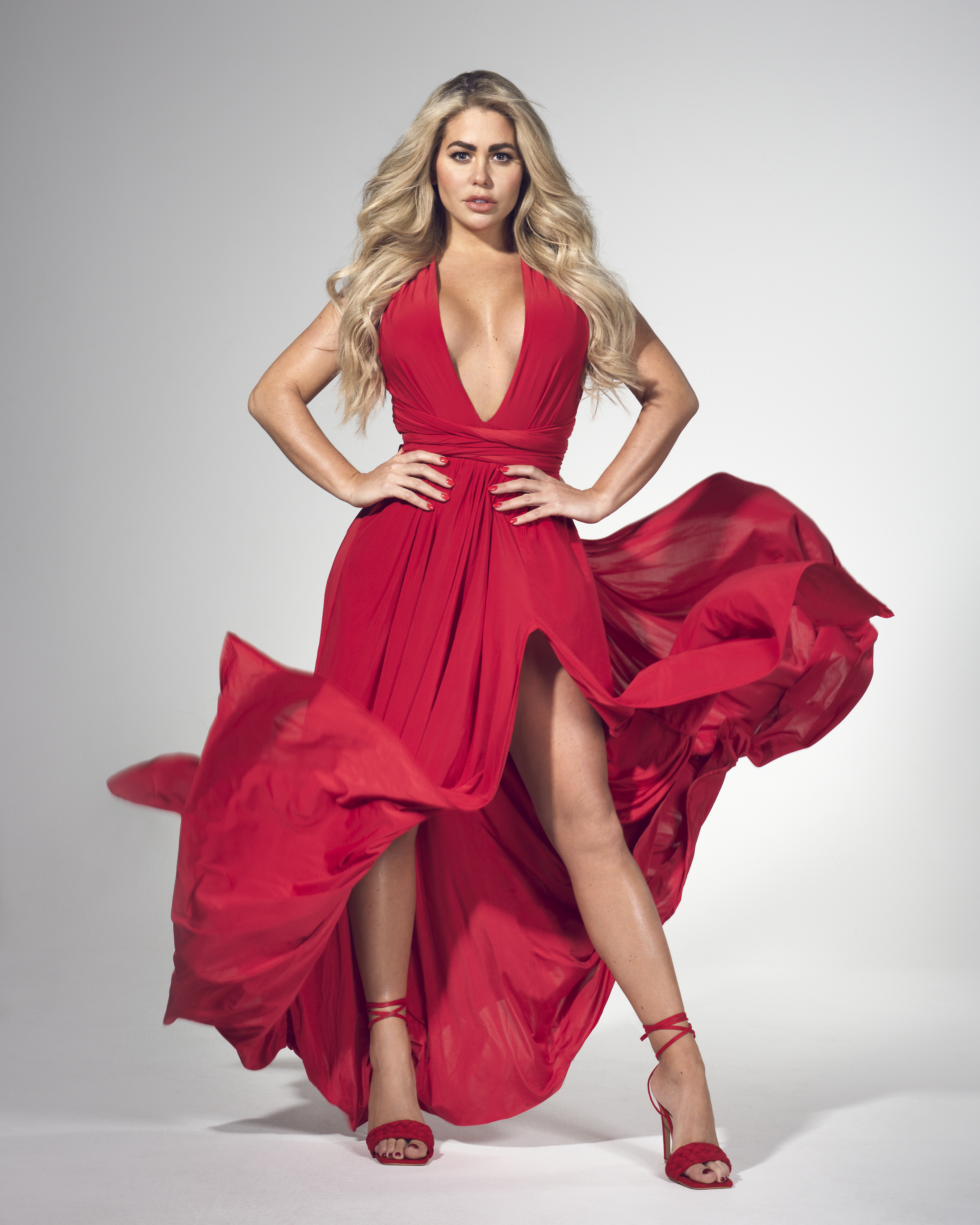 And it has now put her health in danger.

Recent surgery to reduce her 34E breasts revealed one of the implants had ruptured, which could have left her in unbearable pain if it had carried on leaking undetected.

Bianca says: “I feel so lucky. If I’d not gone in for the operation, I would not have known about the rupture and it could have been really dangerous.

“It’s scary. When they told me, I was freaked out. Thank God they found out and dealt with it while I was under anaesthetic, otherwise I would have majorly panicked. 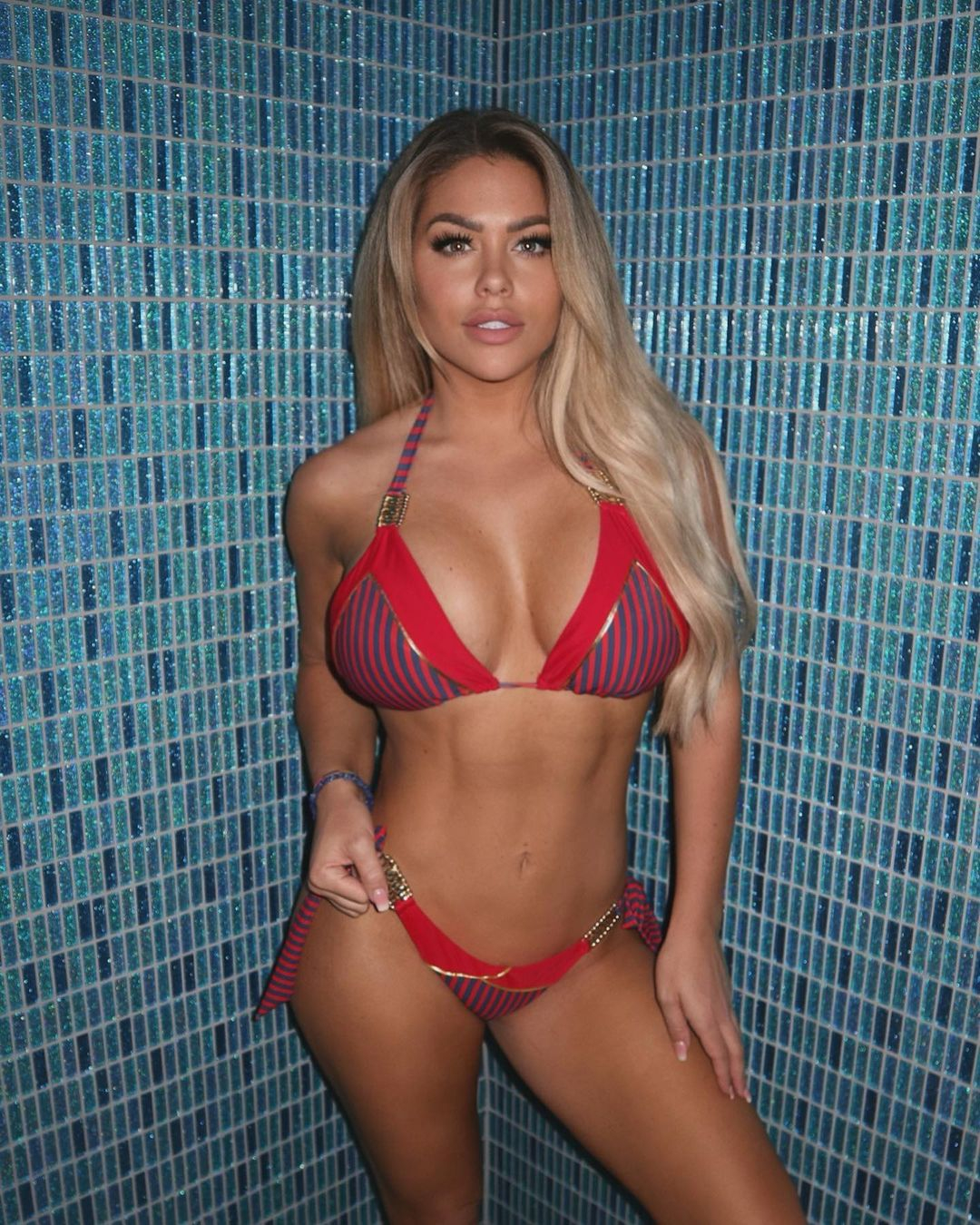 “I’m just relieved it’s out and it confirmed to me that this decision to go smaller was the right one for me.”

Bianca, 34, has battled body dysmorphia since the age of 13.

She even dreads the idea of having children with boyfriend Kris Boyson, a personal trainer, as she worries how her figure will change.

She says: “I panic about the day I ever become pregnant because I just know I will be the size of a house. 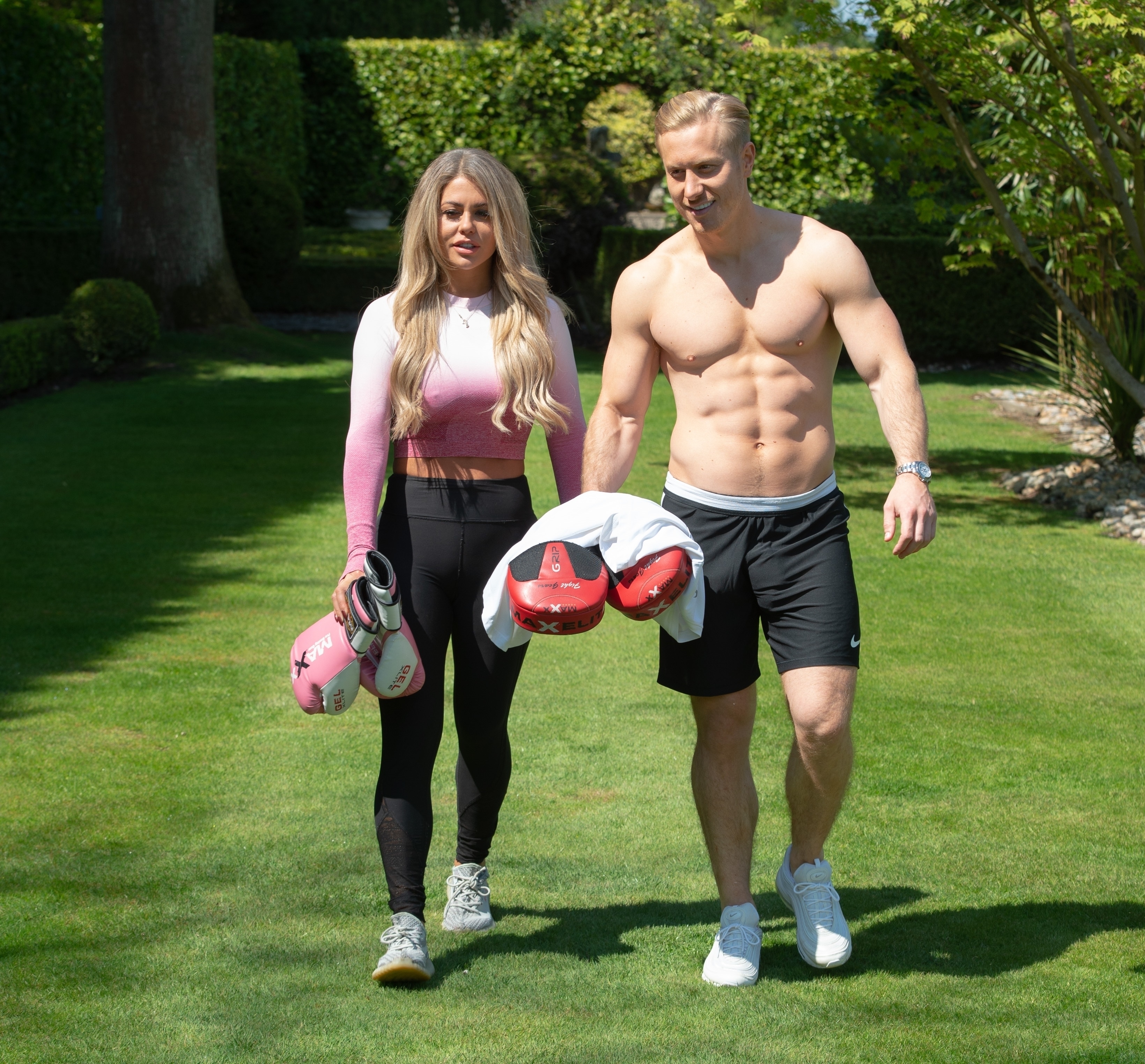 “The thought of gaining weight scares me when I think of having children.”

The reality star has been in a relationship with Katie Price’s ex Kris, 30, for nine months, after they moved in together for the first lockdown following just one date.

The couple have already talked about marriage and children and said that they “completely trust each other”.

But Bianca, adopted daughter of ex-footballer Paul Gascoigne, worries about her self-esteem — an issue she believes she will suffer with for life.

Surgery is not a quick fix. It’s not going to solve your issues. It’s high maintenance and so dangerous

She says: “I want children in the future, I hope I can get over this mental illness.

“But I’m just so worried about how gaining weight like that will affect my body dysmorphia. The thought of having no control over my weight really scares me.

"Because I don’t have a normal metabolism I have to work to keep in shape.

“And obviously if I were to fall pregnant I wouldn’t be able to exercise like I do now.” 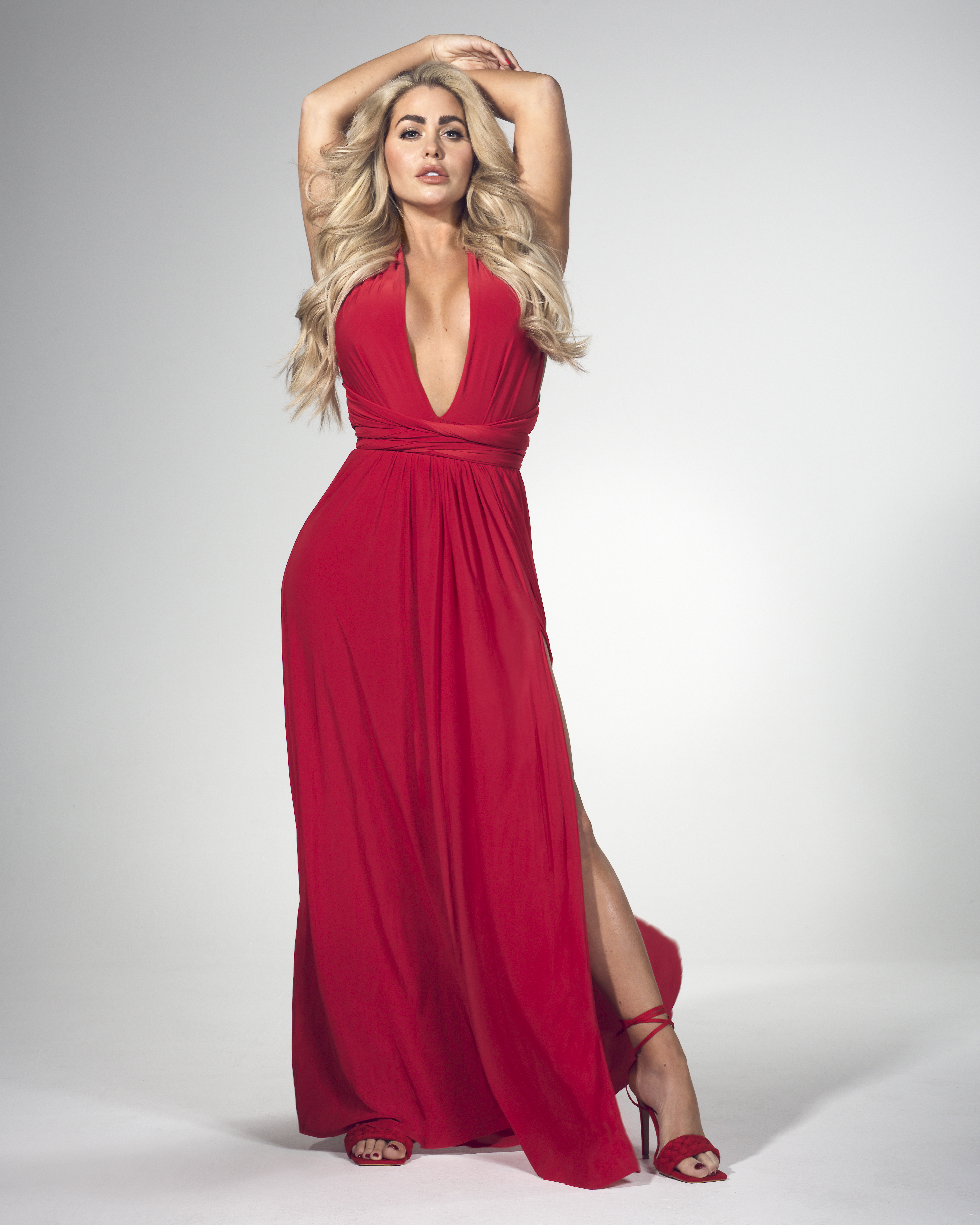 Bianca wants to warn other young girls that going under the knife is rarely the answer.

She says: “Surgery is not a quick fix. It’s not going to solve your issues. It’s high maintenance and so dangerous.

“But it’s hard for me to say all this because I don’t take that advice myself.

“I always see the chunky girl I was when I was younger and I don’t think there will be a day that goes by where I don’t think about my weight. 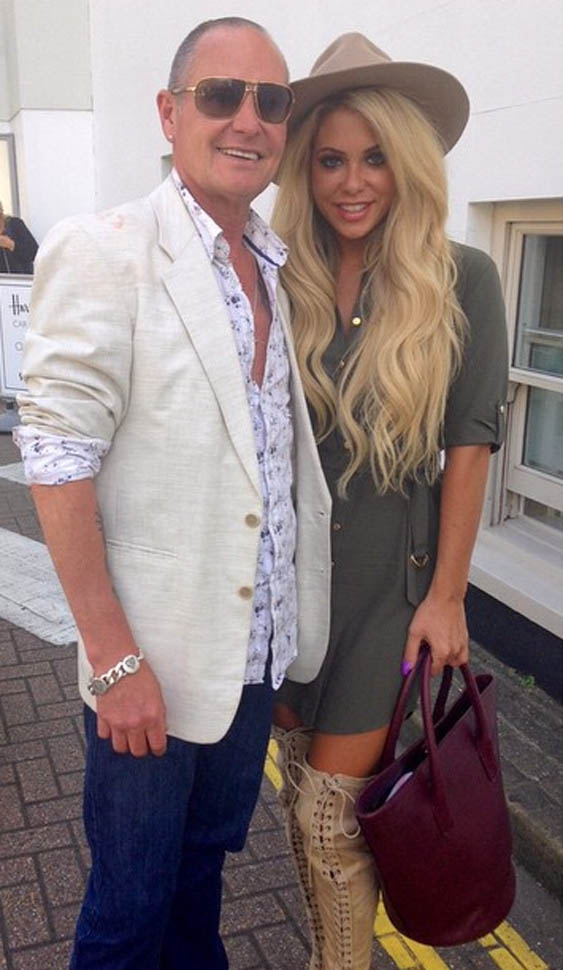 “That’s a really sad thing to say. I wish it wasn’t the case but I know it’s always going to be that way now.”

Bianca had her first boob job at 18 after extreme weight loss had left her deflated and wanting “to feel womanly again”.

That took her from an A-cup to a C and she had a second op three years later, aged 21, following her stint on Celebrity Love Island which she won with Calum Best in 2006.

Bianca’s E-cup had made her a lads’ mag favourite during the Noughties. 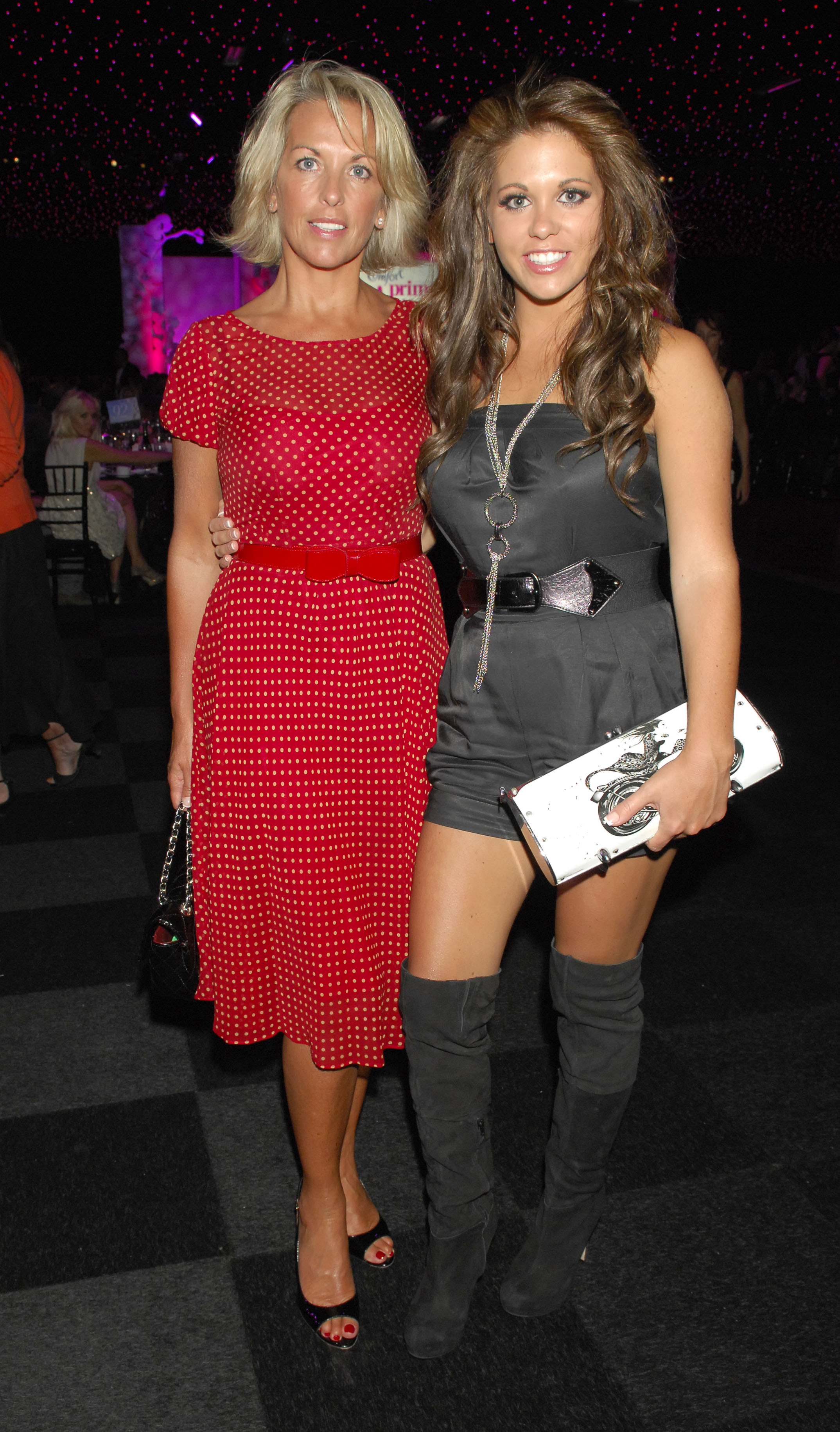 But her boobs never gave her the confidence she sought, so last month she decided to have the implants removed — which is when the surgeon discovered the rupture.

The old implants were replaced with smaller ones, making her a 34B.

At the same time, Bianca had an uplift that involved cutting off the nipple.

“I had my whole nipple taken off and moved,” she explains.

My mum was like, ‘You are gorgeous’ but I will always see something completely different

“I had to get cut underneath, then up to my nipple and around it. Then they took the implant out and moved my boobs up.

“I never used to wear a bra and the implants had pulled down on my natural boobs — all of those years with that heavy weight meant I just wasn’t happy with the shape.

“I just didn’t want to be top-heavy any more. They were also causing me back pain. I’m really into my fitness and running so you can imagine what that’s like with 34E boobies. 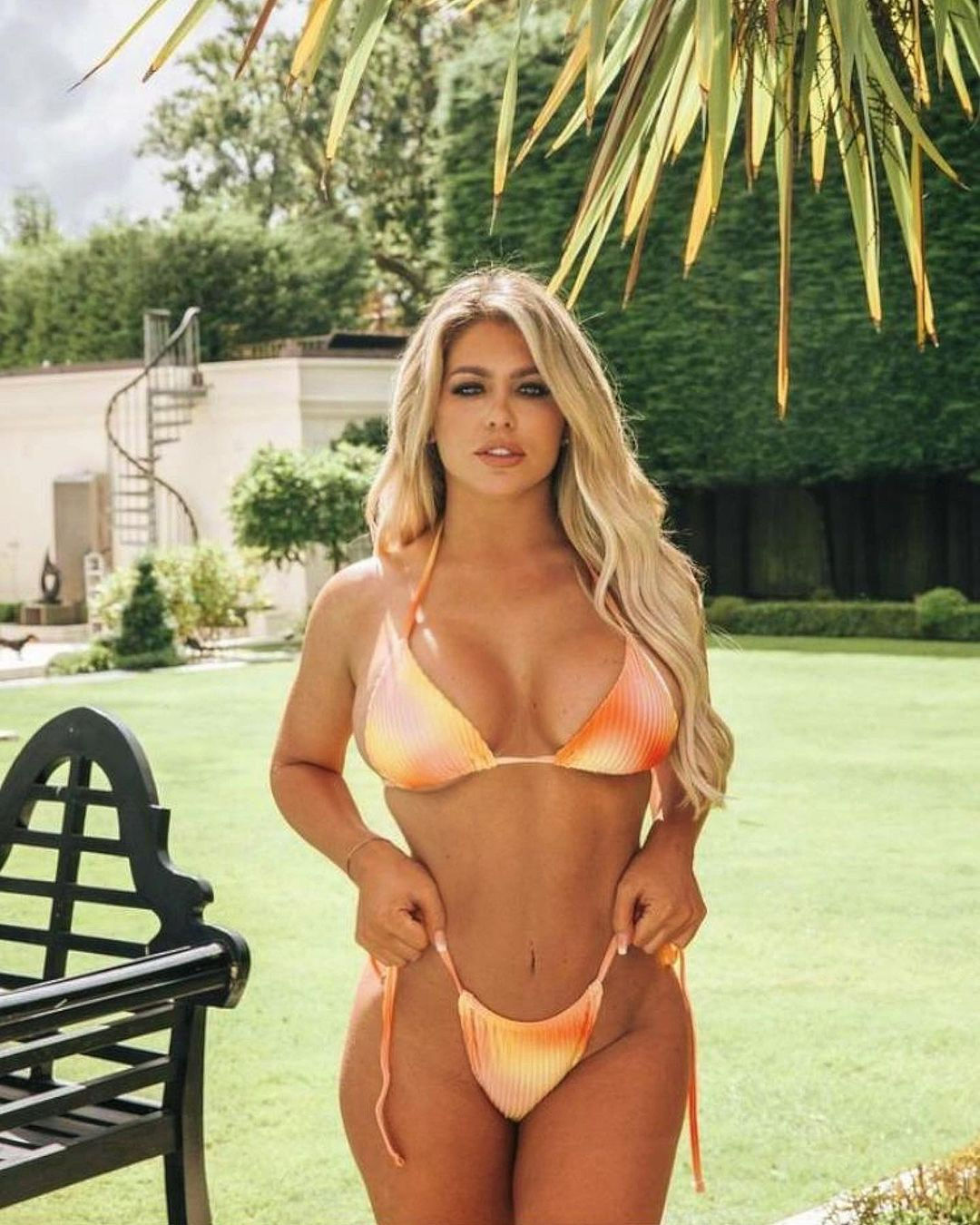 “Something has changed in me in the last few years — I am toning everything down. I used to wear loads of make-up and the biggest eyelashes and now I want to be a bit more natural.”

Bianca admits she was nervous that the change would take some getting used to and also worried that this third boob op would mean she lost all sensation in her breasts.

She says: “I was looking forward to being less top-heavy and looking better in clothes but they were also my comfort zone. 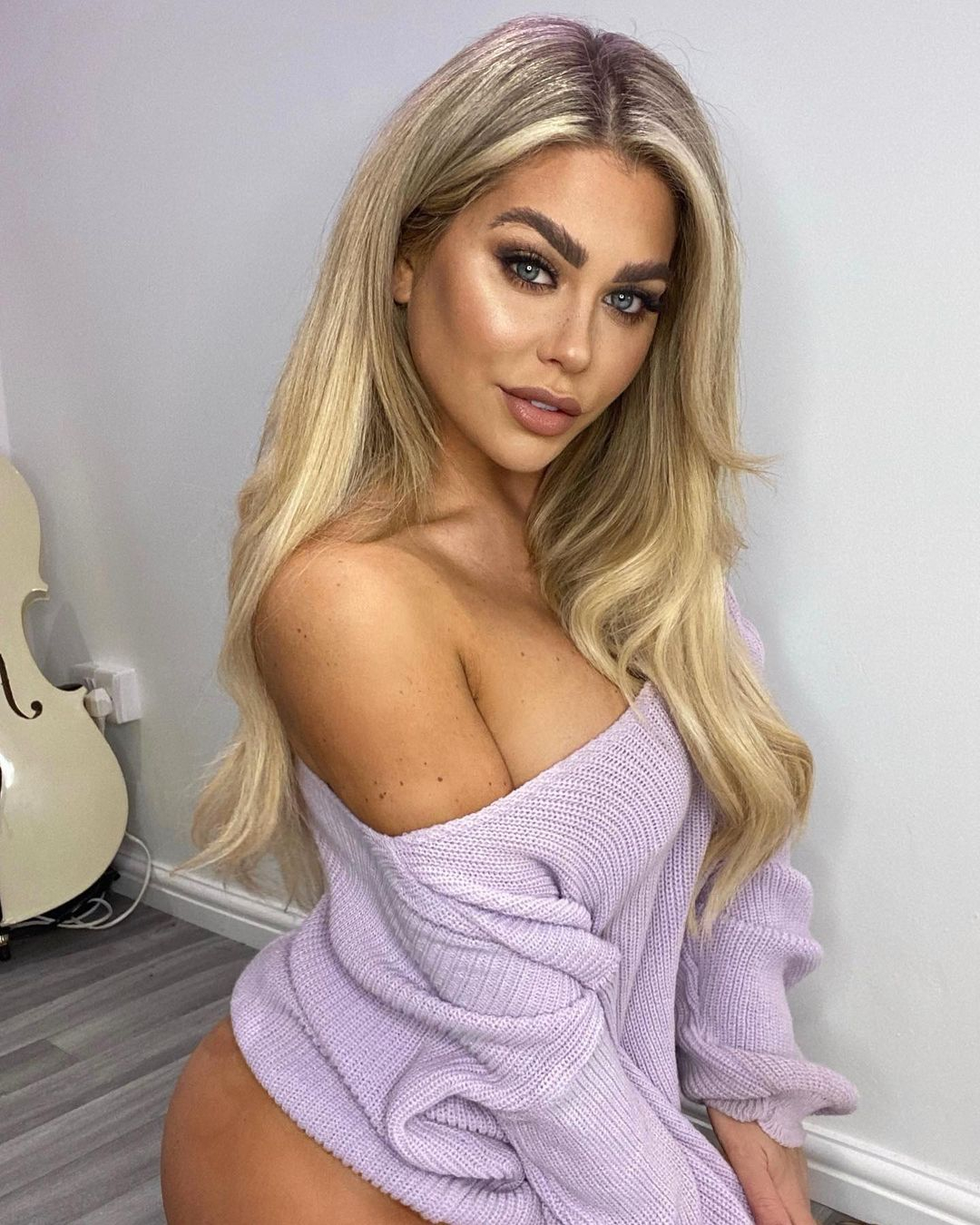 “But I’m really happy with them. They’re the perfect size.

“I asked the surgeon about losing the feeling and he was like, ‘You might not but everyone is different’. But if I run my hand along, I can feel the sensation in my nipples.”

Mum Sheryl, 55, who divorced troubled former England star Paul in 1998, supported her with the first boob job. But she has despaired over Bianca’s subsequent surgeries.

Bianca says: “My mum was like, ‘You are gorgeous’ but I will always see something completely different.” 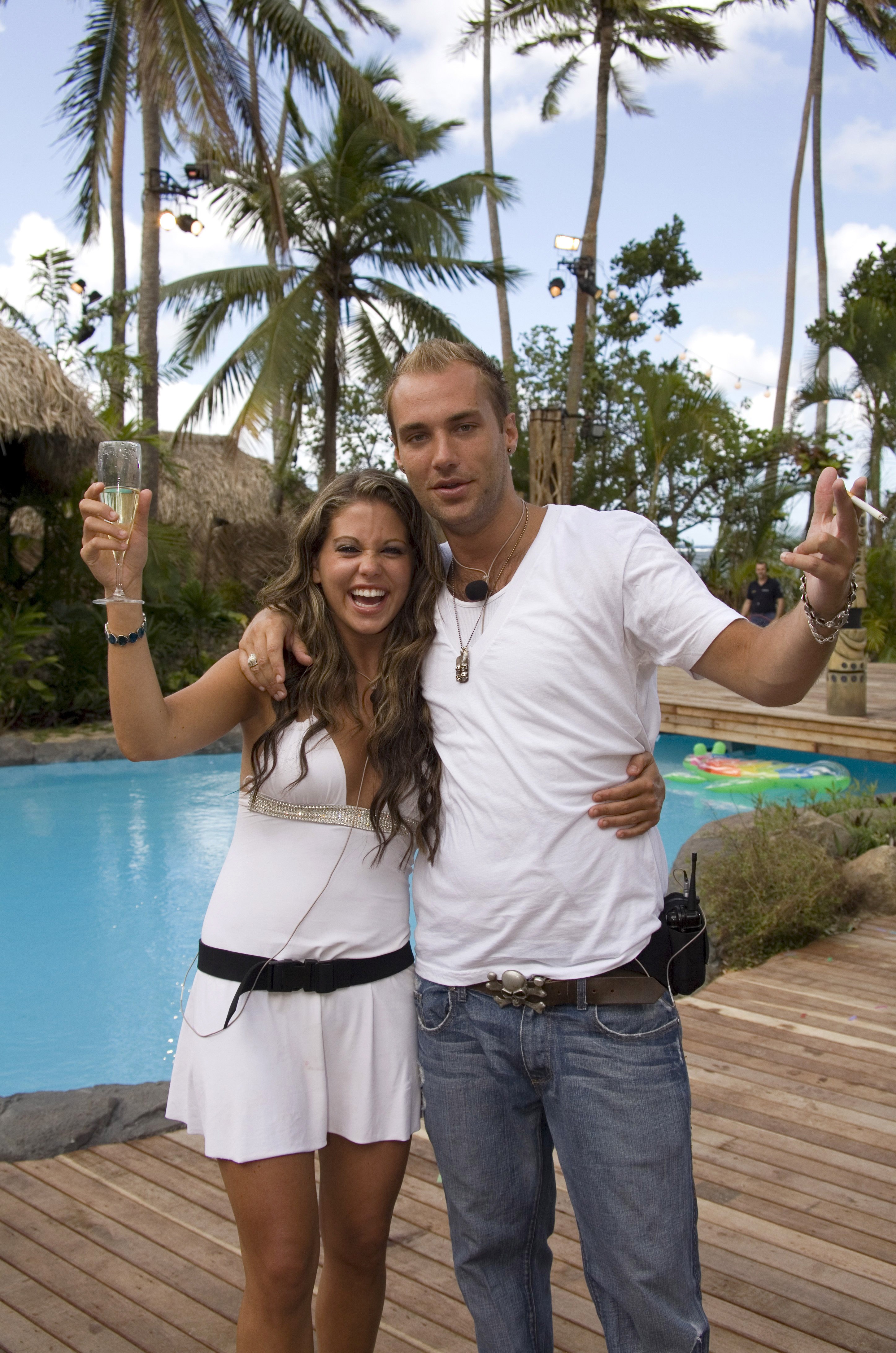 She agrees surgery has become too accessible, with young girls conditioned into thinking they need it to find happiness. Bianca says: “It’s just crazy how powerful social media is.

“It’s not healthy for people to be looking at other people’s best bits rather than reality. I worry, if I am able to have children, what sort of world they’re coming into.”

So, what would she say to her future daughter if she ever wanted to have work done?

“I wouldn’t want my children to have surgery,” Bianca admits. 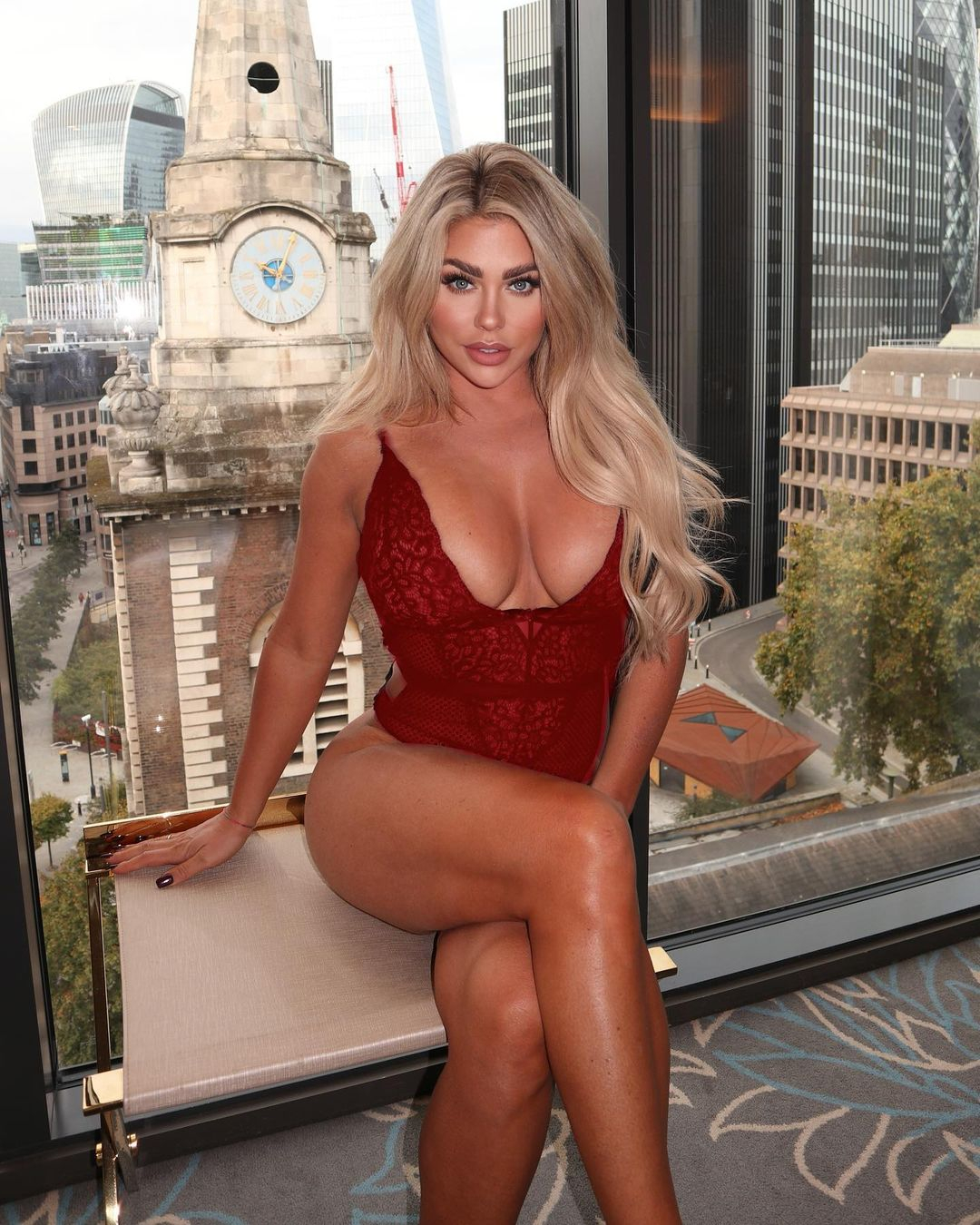 “It’s hard because you make more impulsive decisions when you are younger, and I’m more rational and level-headed than I once was.

“I will always be honest about what I have had done. But I think I have had enough and I need to knock surgery on the head for now.”

But her new implants will need replacing within ten years.

And she says: “Maybe when I’m older I’ll have a facelift.

“But I feel like I have my feet on the ground and I’m going in a good direction.

“Hopefully, I can be a bit more ladylike now, a bit more like my mum, who is a proper lady.

“She is so beautiful. If I grow old like her, I will be a happy lady.”