Sarah Boyton, 51, from Enfield, North London, wasn't surprised when she was diagnosed as she'd spent her entire life using sunbeds and not protecting herself outdoors. 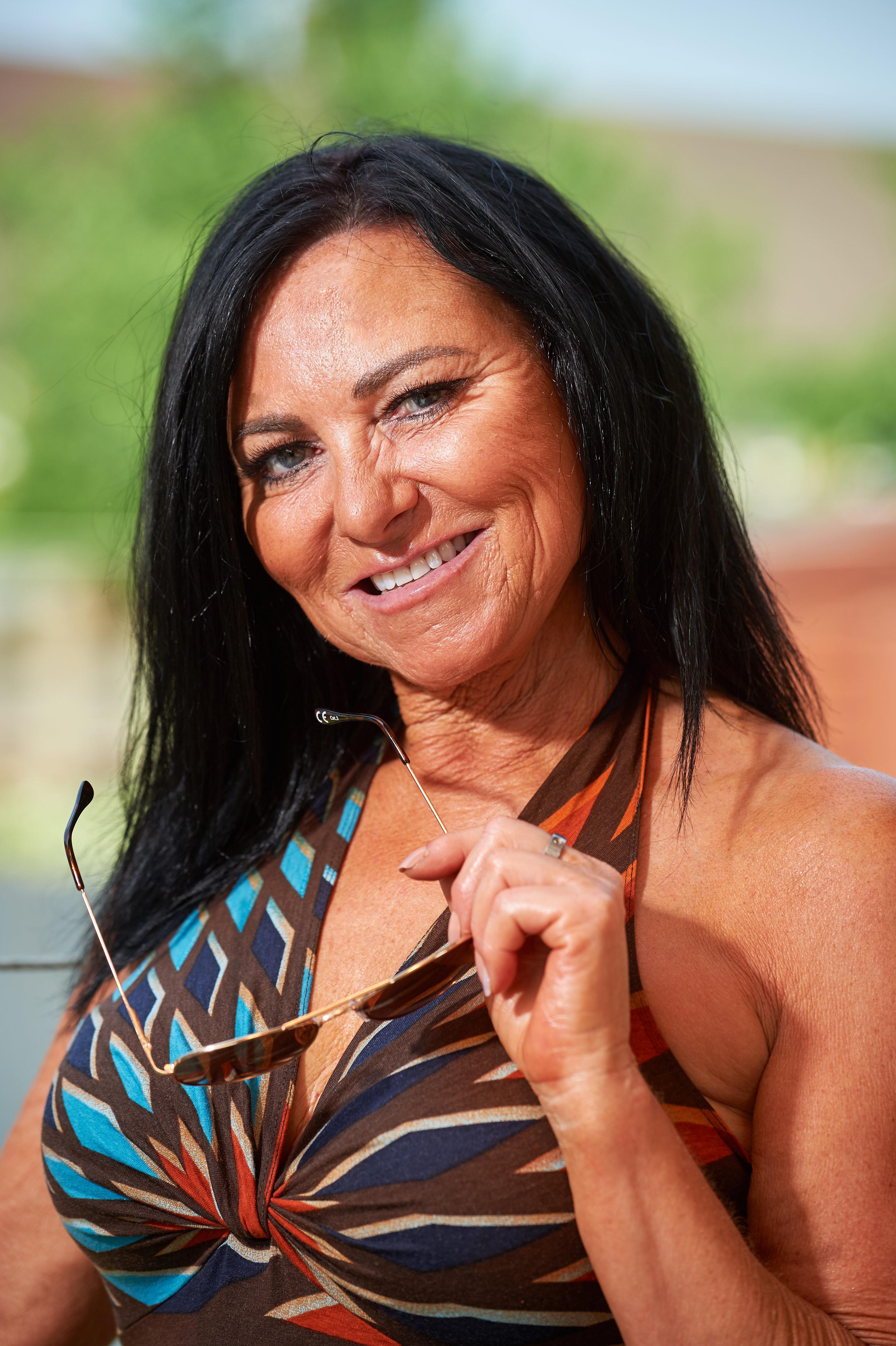 But despite having the cancer removed – leaving behind a 5cm scar under her eye – Sarah is continuing to top up her tan.

Sarah claims she’s addicted to tanning and it’s her laidback nature that’s to blame for her inability to stop lying in the sun.

However, she has made some changes since her diagnosis and now always ensures she wears factor 10 sunscreen while sunbathing.

The cafe owner said: "I love lying in the sun, the feeling of the warmth on my skin, I know I shouldn't go out in it but I can't help myself." 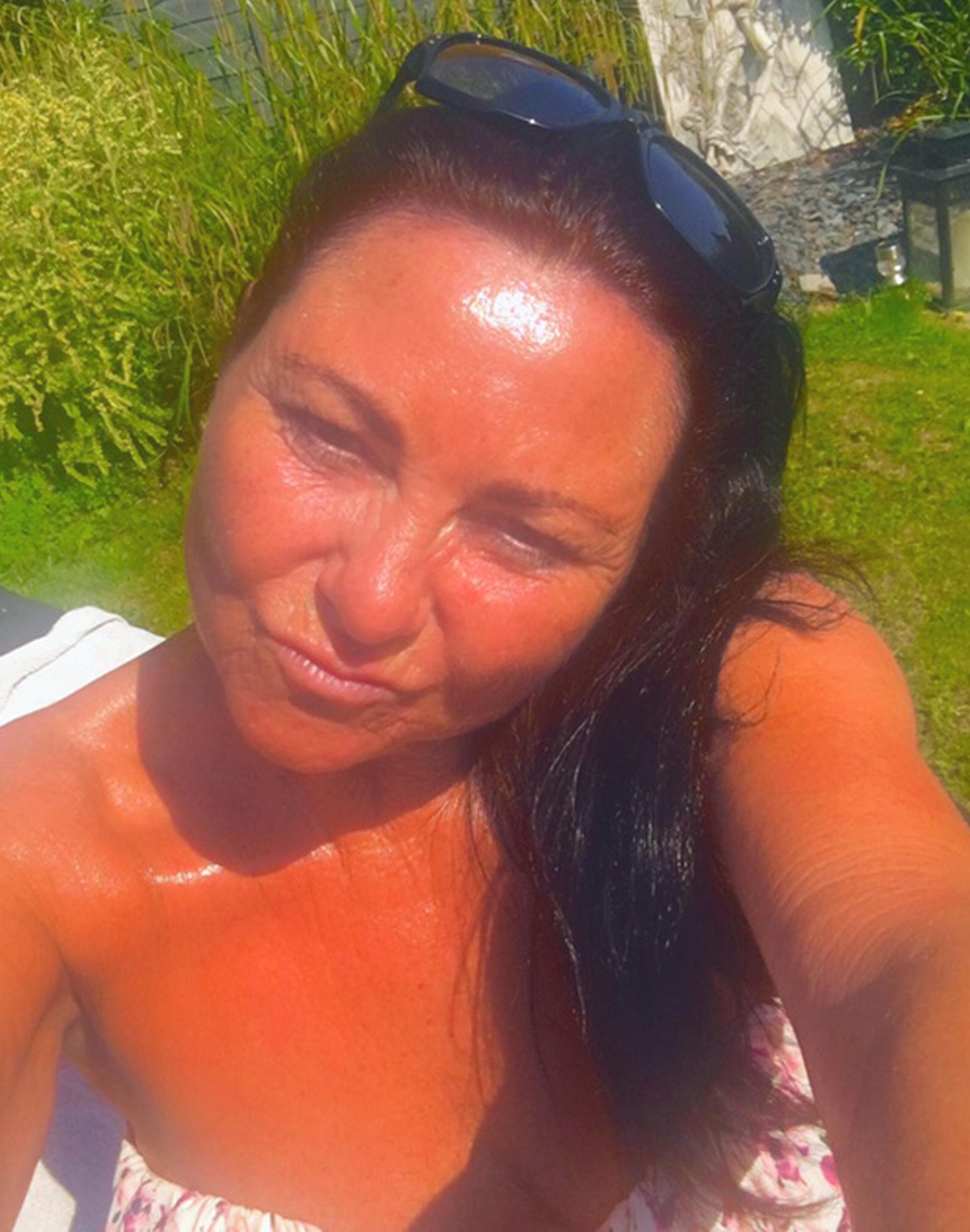 She added: "I'm addicted to being brown and I'll stop at no lengths to ensure I have a natural glow.

"I grew up never wearing sun cream and I even had a sunbed in my house so I could go on it whenever I fancied topping up my tan.

"I do now wear sun cream but at the most it'll be factor 10 and by the end of my holiday I'll swap to oil.

"Despite this I have warned my friends and family about the dangers of the sun after my own skin cancer diagnosis.

"A lot of my friends always used the sunbeds but after my ordeal and seeing my scars they've stopped."

What is skin cancer?

According to the NHS, skin cancer is one of the most common cancers in the world.

Non-melanoma skin cancer refers to a group of cancers that slowly develop in the upper layers of the skin.

The term non-melanoma distinguishes these more common types of skin cancer from the less common skin cancer known as melanoma, which can be more serious.

In the UK, more than 100,000 new cases of non-melanoma skin cancer are diagnosed each year. It affects more men than women and is more common in the elderly.

The most common sign of melanoma is the appearance of a new mole or a change in an existing mole.

This can occur anywhere on the body, but the most commonly affected areas are the back in men and the legs in women. Melanomas are uncommon in areas which are protected from sun exposure, such as the buttocks and the scalp.

Sarah was first diagnosed with skin cancer during October 2016 and has continued to go on two sunny holidays each year.

She added: "To remove the cancer from my face I needed two operations after the first didn't get all of the cancer.

"I'm really pleased with the scar now, the surgeon was amazing, it almost looks like I've had a facelift.

“I have been warned by doctors to stay out of the sun and to wear total sunblock but I can’t help myself." 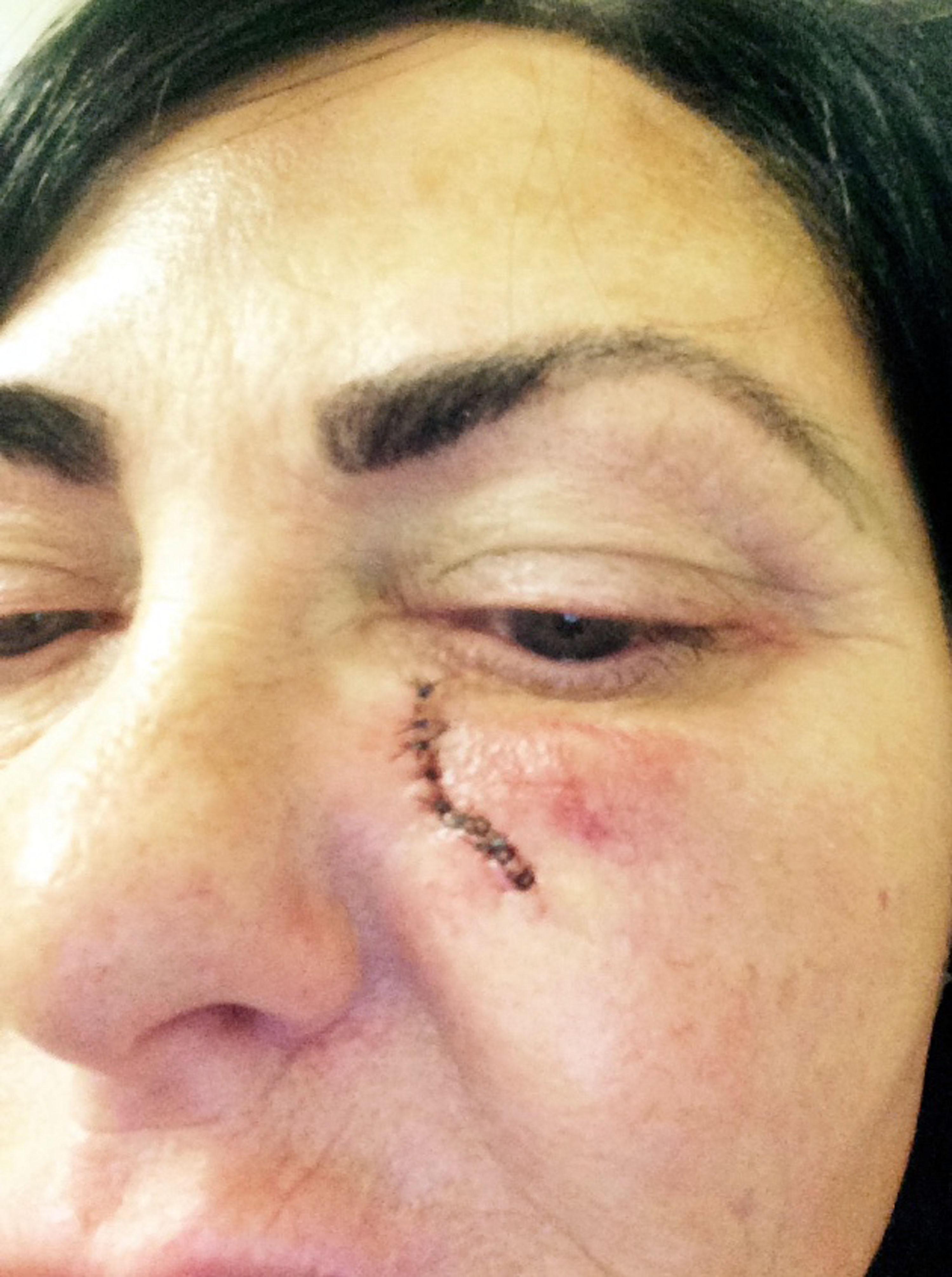 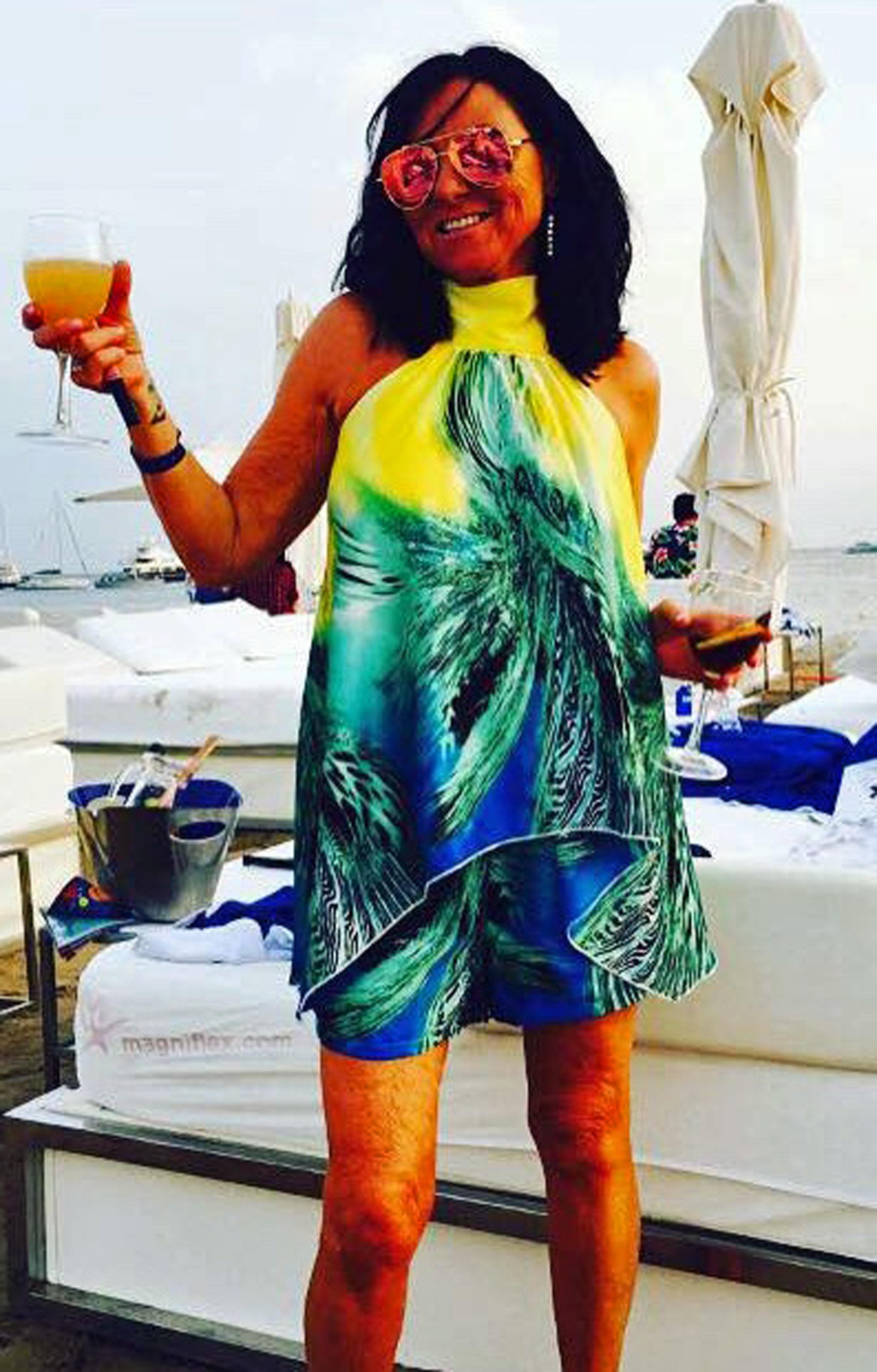 Sarah – who lost her son, Jack, 17, in a car crash five years ago – has admitted she doesn't take life too seriously after losing her only son.

She added: "I warn others about the dangers but I don't really take my own advice as I still go in the sun.

"It's the only real way that I manage to relax and after losing Jack I know life is too short and I think to myself ‘what will be will be.’

"I have already damaged my skin but I tab small amounts of factor 50 under my eyes now to avoid any further damage in years to come." 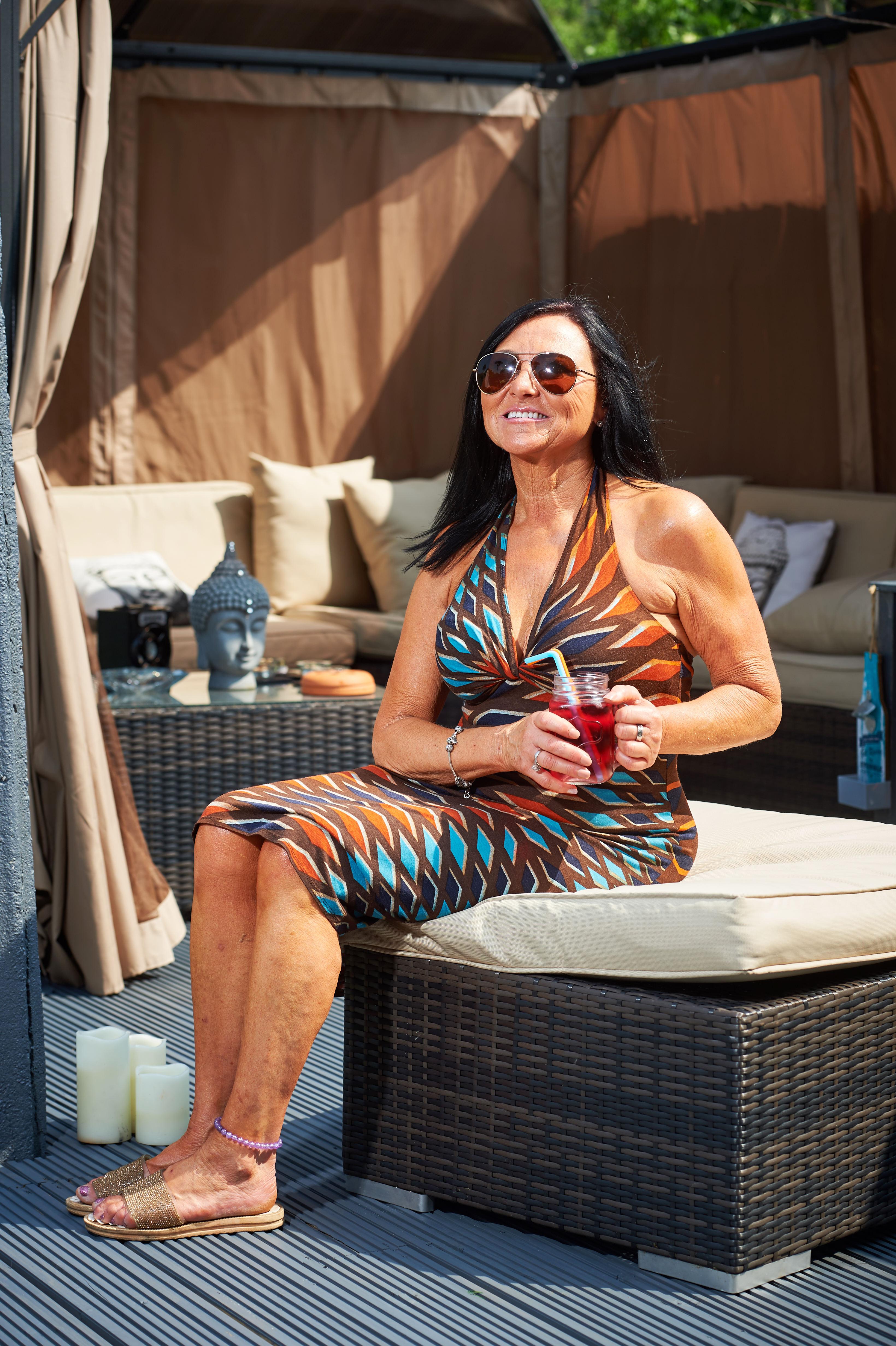 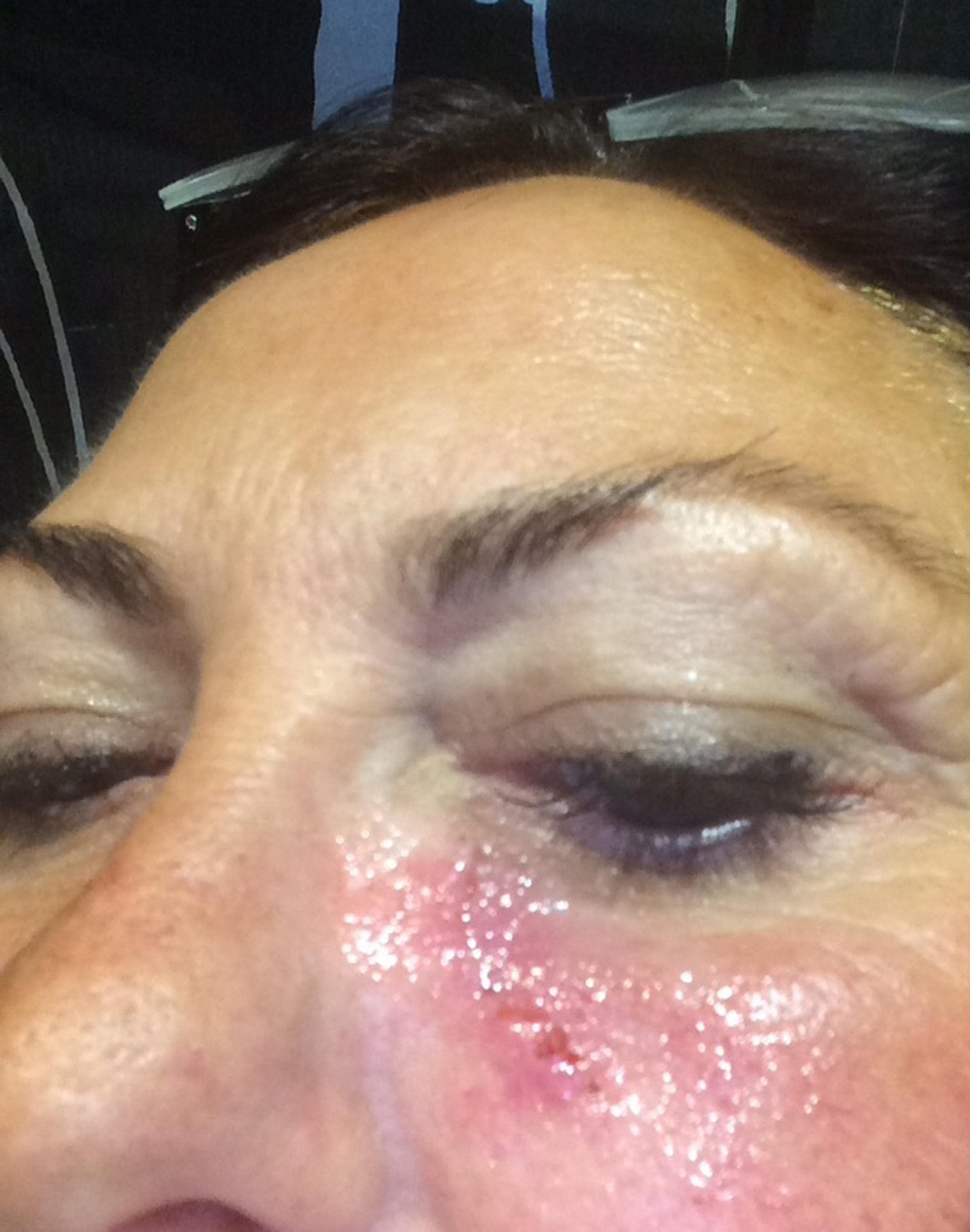 She added: "I can't even remember what type of skin cancer I was diagnosed with.

“It was only spotted when an eagle-eyed doctor spotted it during an unrelated appointment.

"He knew straight away that it was skin cancer but I just thought it was a small blemish.

"I'd warn anyone using sunbeds to look at my skin and think again.

"My daughter, Amy, 28, isn't a sun worshipper but I have warned her to always protect her skin while she’s young.

"I know people may think I'm stupid for still going in the sun but it's an addiction and I love the feeling of being tanned."

Meet Ebony, the 12-year-old spray tan addict who hasn’t gone a day without applying fake tan in the past two years.