A Christmas-obsessed mum says she’s not letting the cost-of-living Grinch steal her festive joy as she’s splashed out more than £9,000 on decorations this year.

Joanne Buckley-Smith, 41, from Halstead in Essex, refuses to have the same Christmas theme two years in a row. 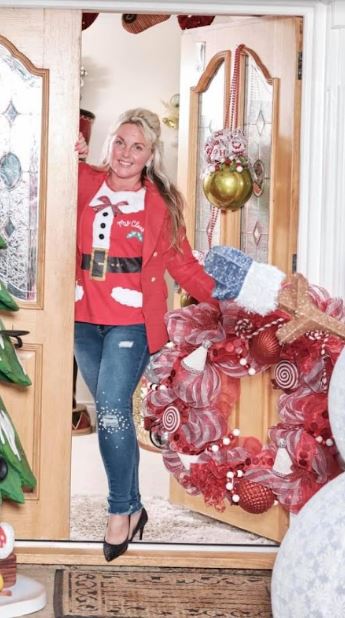 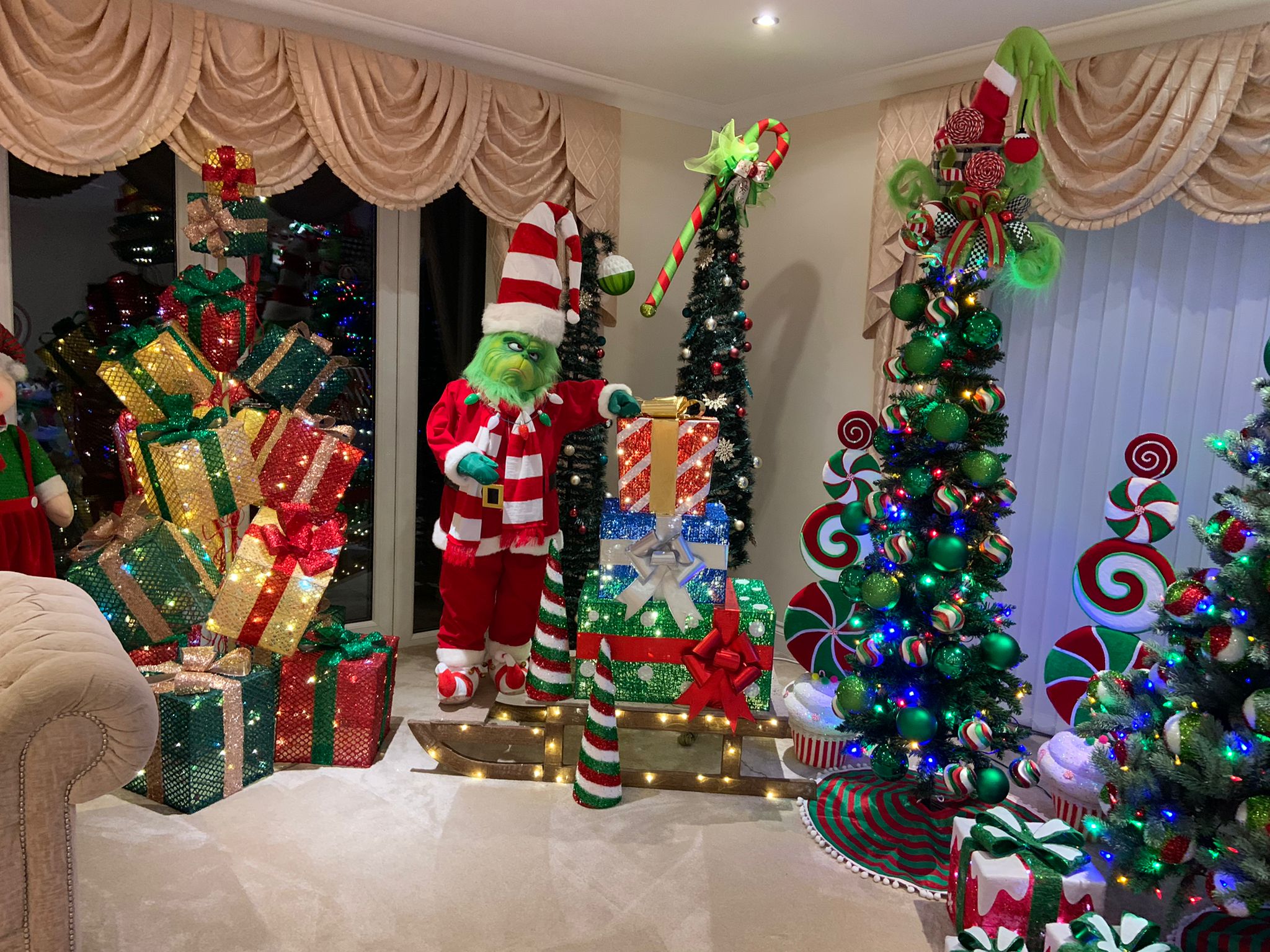 This year, she started shopping to turn her home into a winter wonderland in January.

Known locally as “Mrs Christmas”, Joanne says she will go to any expense to make her house look incredible for the festive period – revealing she’s spent more than £40,000 in six years.

And she says this is her most expensive year yet. 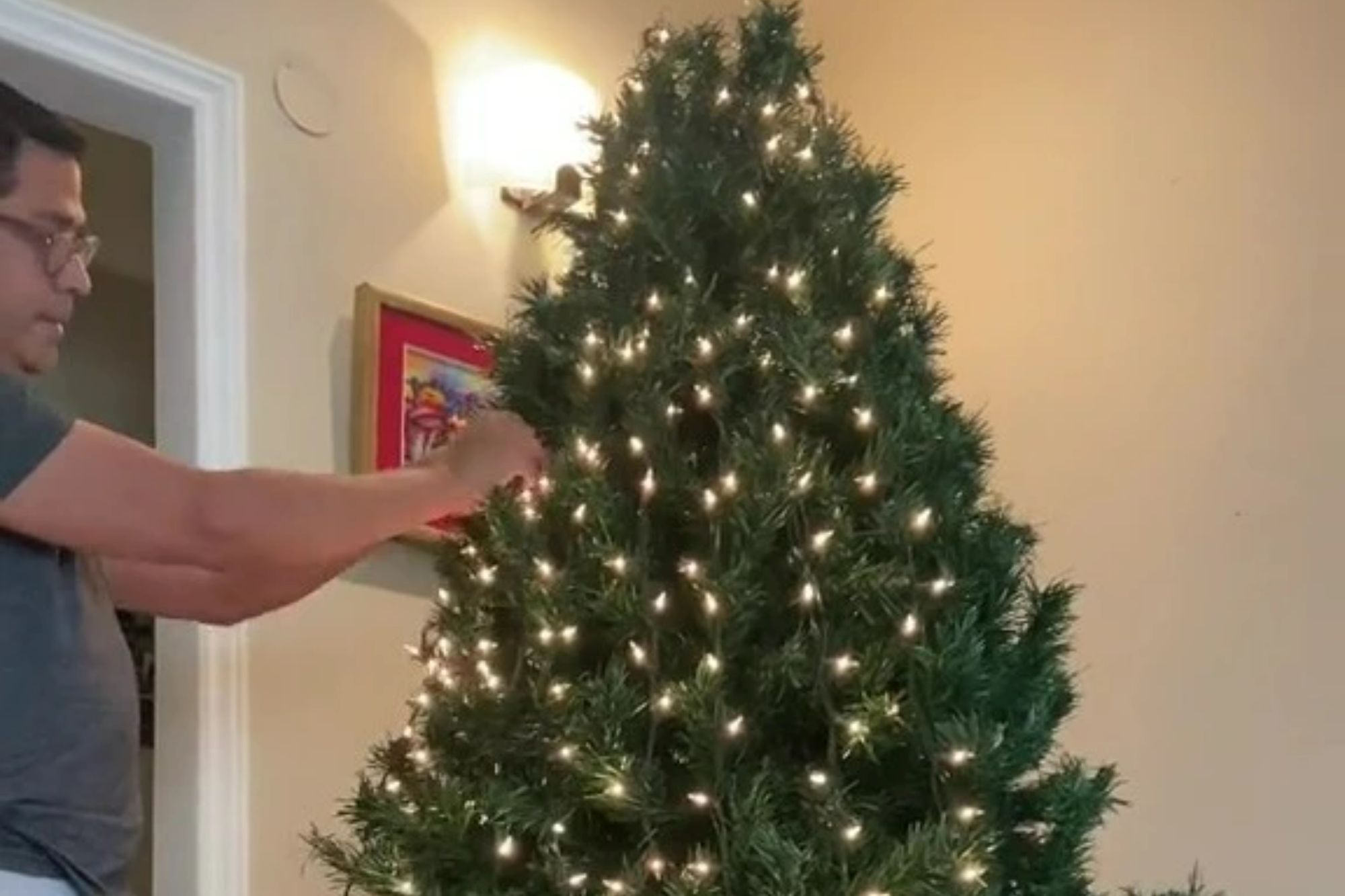 Joanne said: “I decorate every year differently and I never do the same theme twice.

“Even though I spend a lot on Christmas decorations, I'm not a big spender on myself. I'd much rather buy my decorations than I would buy a pair of Louboutins.

“Instead of my usual 14 Christmas trees, I’ve got large life-size figures and designer items this year.

“I’ve spent well into £40,000 in total in six years. But each year it doesn’t always look like that amount as I don’t use every item and there’s a lot packed away.”

Each room in Joanne’s house has a different theme – which takes her months to plan and took her six days to decorate.

This year, Joanne has also splashed out on a huge sack of presents for £850, giant baubles for £140 each and nutcrackers which cost her £600 each – all new additions to her huge collection.

Joanne and her husband Andrew, who own Braintree Van Sales and a property business, are decking the halls and feeling jolly.

“This year, I've gone traditional with burgundy and gold in the hallway and entrance and then the living room is the Grinch area which is like being in Whoville,” she told MakeTheHeadlines.co.uk.

“I’ve got a massive dancing Grinch that arrived from the US a couple of weeks ago and I ordered it in August. Then through the hallway is my Santa and snowmen.

“The kitchen has a Nutcracker theme with MacKenzie-Childs items.”

She thinks she has “probably over done it” this year as she’s spent more on designer items – but she says she really looks forward to the festive period all year.

Joanne isn’t affected by the current cost of living crisis but she acknowledges a lot of families might not be able to go as over the top as she can afford to do at Christmas.

So she loves to welcome people to come and admire her outside decorations for enjoyment.

Joanne does an Advent handout for local school children and she’s gifted her nearby church with a new 10ft Christmas tree and decorations.

She also hires a Santa to come and deliver chocolates to kids.

Joanne agrees that items have become more expensive this year but for her, importing charges are what “bumps her costs up.”

She said: “A lot of people probably aren't going to be able to go over the top as much as I can afford to be able to do so they can all just come and admire my house as many times as they like!

“If you have that love of Christmas, you can make things if you can’t afford decorations. I’ve seen people making their own Nutcrackers because the price of them can be ridiculous.

“It's gotten a lot more expensive this year. With some of my American items, the import charges are as much as the item itself.

“It can make it a nightmare but America does have the more extravagant decorations. But for me it’s worth it because I do like to have something different that no one else has got.”

Joanne’s family-of-three will visit the Ritz in London for their annual Christmas trip. Then on Christmas Day, Joanne will host eight family members.

Her son will dress up as a Christmas character for the youngsters at Christmas.

And Andrew is still “going along with it”. Joanne says he sits and shakes his head when she walks through the door with more decorations.

She said: “In the lead up to Christmas, I like to host lots of parties and game nights so family and friends can all come and have a look at our Christmas house – and have an evening here.

“Everything has taken me a bit longer to install this year as I’ve been busy at work and normal everyday family life taking over. I had to fit it in when I got home and it took me six days.

“My teenage son isn’t showing as much interest anymore but luckily enough, I have my young niece and nephew who are taking over his excitement.

“Andrew is still going along with it all. He just sits and shakes his head when I walk through the door with more decorations. He just turns a blind eye most of the time.”

Joanne’s Christmas obsession has seen her spend around £40,000 in six years.

She even gets recognised in public by strangers who call out to “Mrs Christmas” to tell her they’ve seen her on TV.

But Joanne takes it all in her stride – especially as she enjoys being known for her love of Christmas.

Even some of the negative comments she receives don't faze her – as she believes trolls don’t realise how much she gives back to her local community.

She added: “Sometimes I get the odd negative message. It’s never about my Christmas style but about the amount of money I spend. Everyone just presumes that I don't give to anyone else or help anyone else but I do a lot.

“I’ve just bought the church a new 10ft Christmas tree with decorations and I do loads with the kids in the village and the community.

“I share my love of Christmas with the whole village and all year round, the kids ask me when I’m going to put my decorations up.

“Even when I was in Dorset in the summer, I got recognised. My husband couldn’t believe it. It was really funny!” 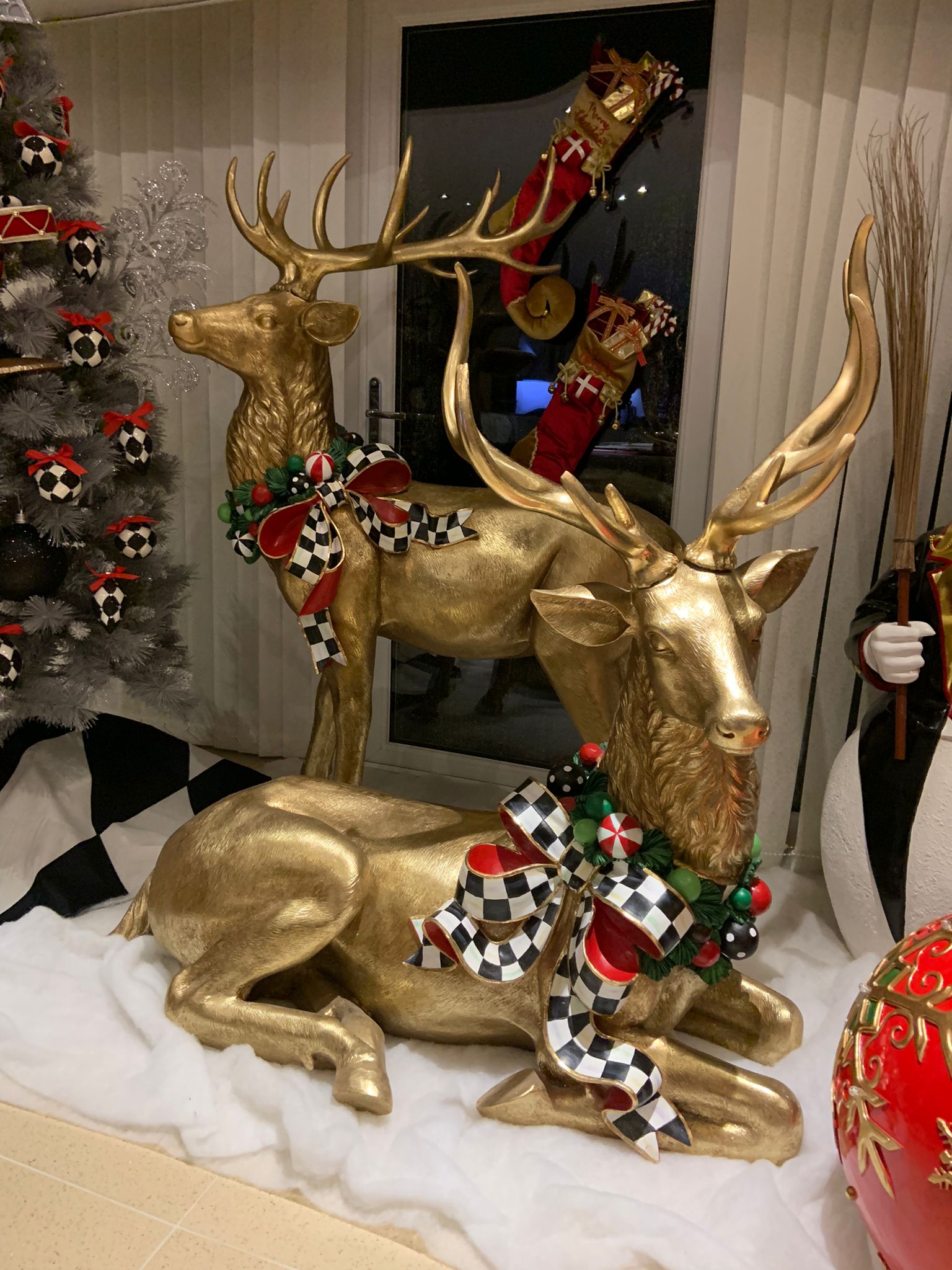 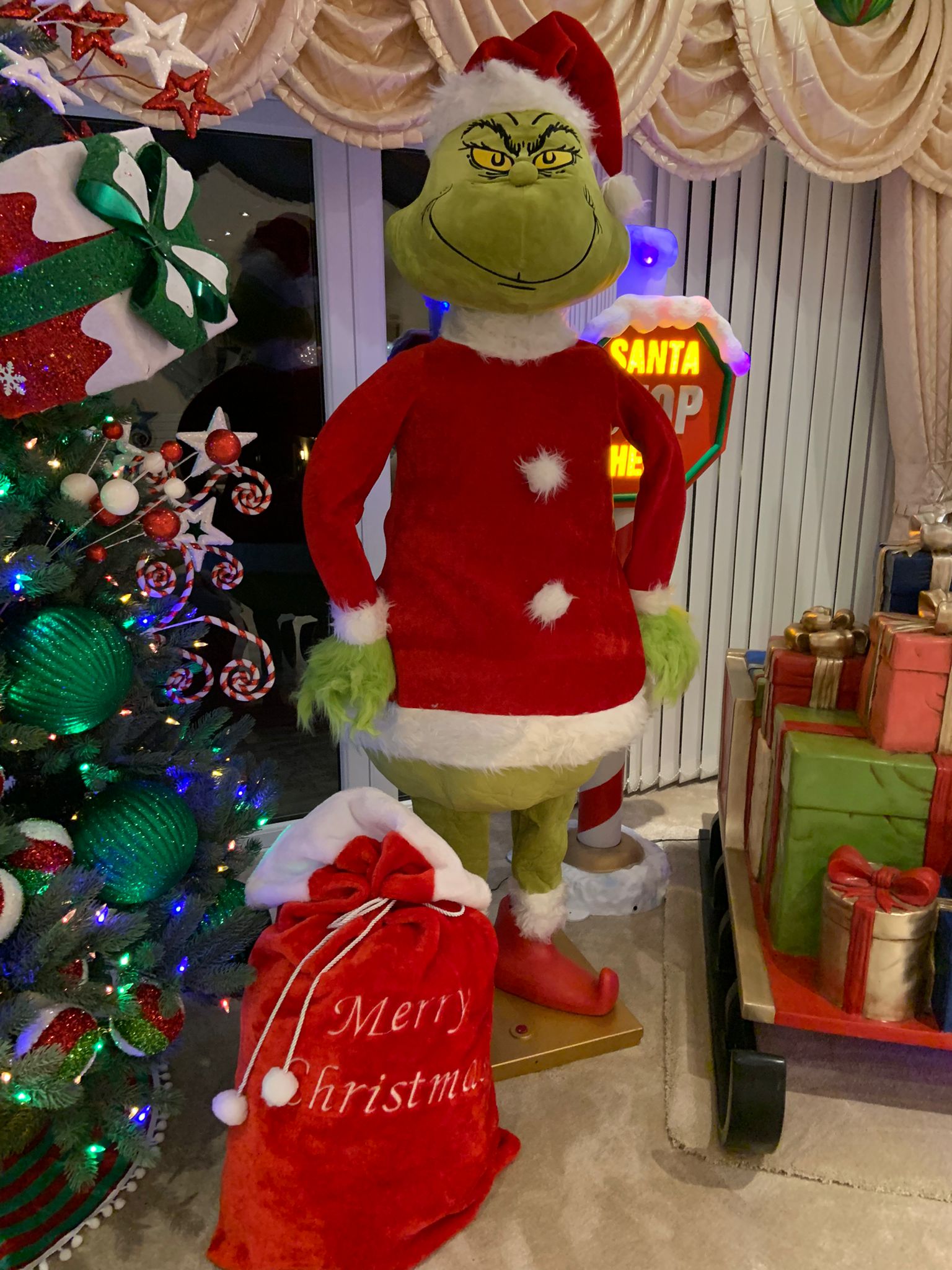 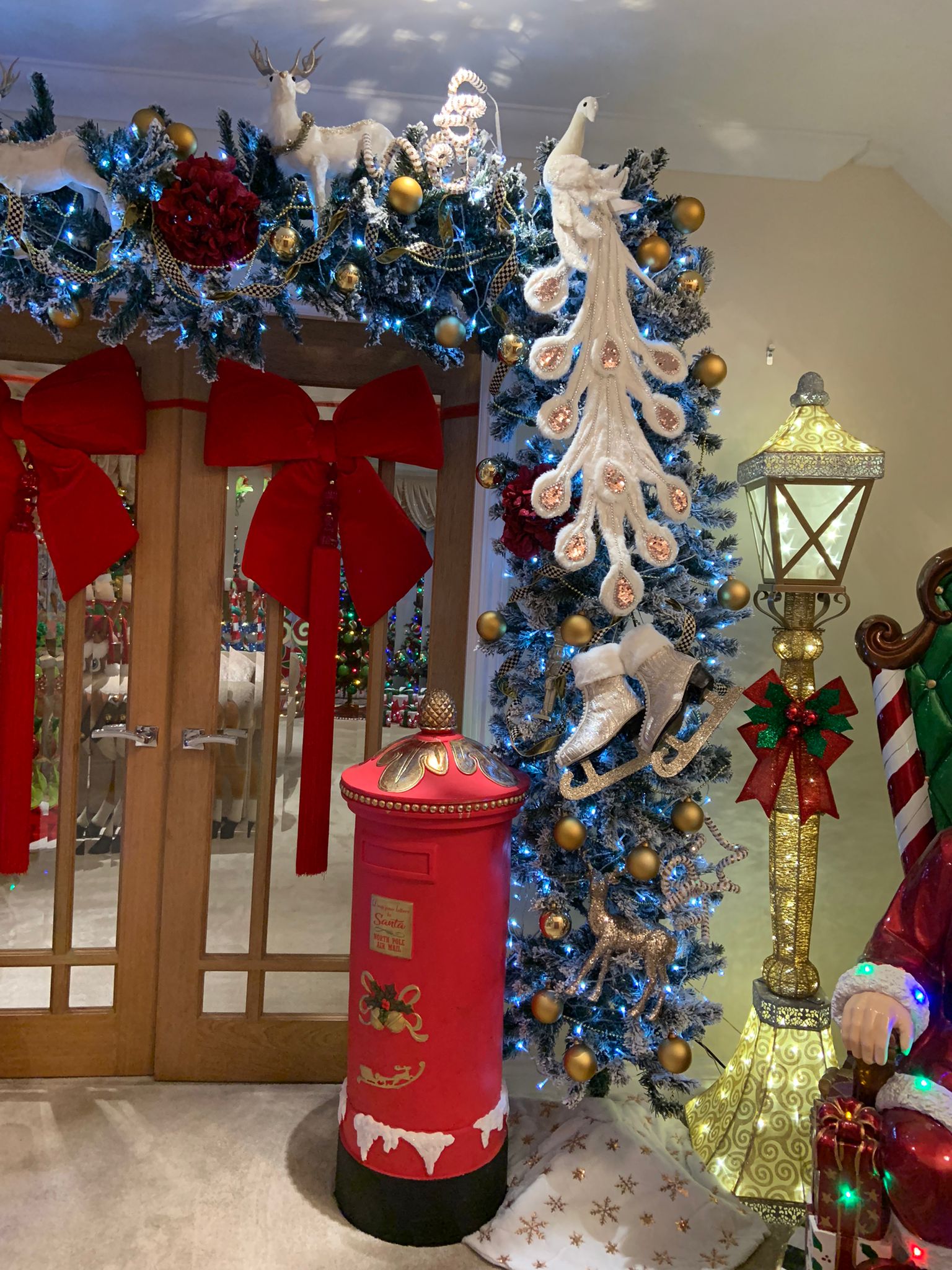